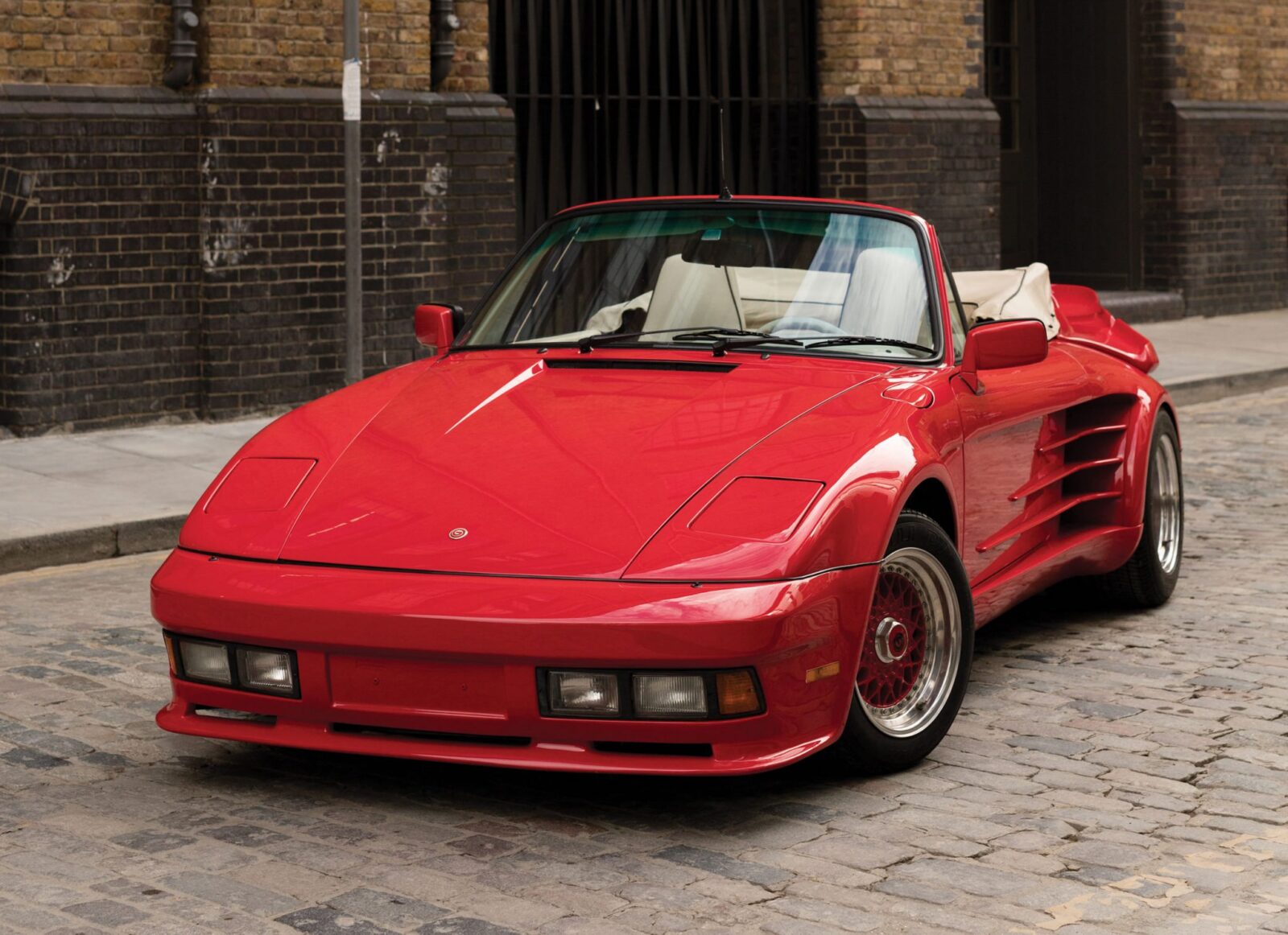 There are few German cars as controversial as the Gemballa modified 911s. Some love them, many hate them, but the one thing no one can deny is that they always gather a crowd of curious onlookers.

The Gemballa Cyrrus and it’s sister car the Avalanche are the vehicles that helped launch the German auto modifier into the centre of the world stage for outrageous bespoke cars, often costing over $500,000 USD apiece in 1980s money – that’s well over $1,000,000 now.

Founded by Uwe Gemballa in 1981, the German company was based near Porsche in Leonberg, Germany – just west of Stuttgart. Since its inception, Gemballa has been renowned for their outlandish styling, technologically advanced interiors, and performance figures that outpaced even the quickest factory vehicles being sold by Porsche.

The Gemballa Cyrrus was originally based on the Porsche 911 Carrera 3.2 Cabriolet. The car debuted in 1986 and immediately caught the eye of the era’s now infamous nouveau riche, for whom the very concept of subtlety was offensive.

The team at Gemballa initially focussed on aesthetics – primarily the body kit and interior, with the cars being sent to RUF for mechanical upgrades. Whereas the Gemballa Avalanche was based on the Porsche 930 Turbo, the Cyrrus was based on the naturally aspirated version of the 930 engine. Gemballa had the talented team at RUF re-work the engines, head work and new pistons were fitted amongst a slew of other modifications, resulting in 228 hp – up from the original engine’s output of 207 hp. 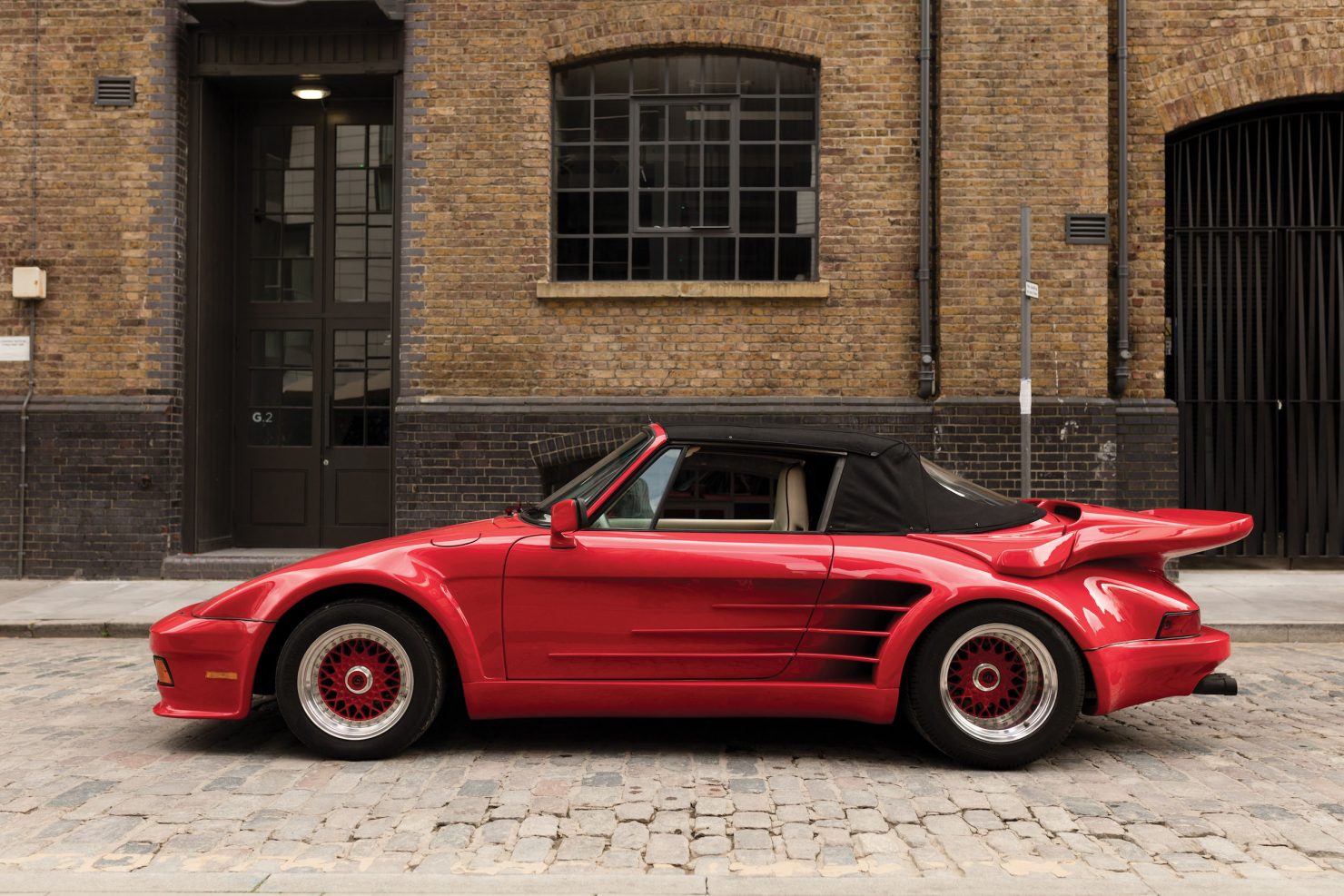 Uwe Gemballa’s vision for the Cyrrus was nothing if not extreme. He added a prominent rear wing, a new front bumper/spoiler fitted with lights and blinkers, side skirts were added to each side, and a set of BBS Basketweave alloys replaced the stock wheels.

The most immediately noticeable design addition to the Gemballa were the left and right side strakes reminiscent of the Ferrari Testarossa, these weren’t just a visual affectation either – they’re designed to be aerodynamically functional and channel cool air into the side intakes to feed the engine. Door handles were removed and replaced with a button under the top lip of the side strakes, a feature that often resulted in passengers standing next to the car with no idea how to get in.

The most famous Gemballa owner in the 1980s was the rapper Vanilla Ice, a man known for his somewhat ostentatious personal style, and for his love of fast cars and motorcycles. He referenced his song “Get Loose” with the line “Of course a Vanilla rides the groove like a Gemballa Porsche”.

The Cyrrus you see here is an all-original example of the 10 or so that were made in the 1980s, making it a very rare car. It’s fitted with an 8-cassette changer and unusually for the era there are driver control buttons on the steering wheel – a design feature that wouldn’t become mainstream for many years in the wider world of production cars.

The car has a known history from new, and has just 19,400 miles on the odometer. RM Sotheby’s are estimating that it’ll fetch between £125,000 and £160,000 when it rolls across the auction block with RM Sotheby’s on the 6th of September in London, if you’d like to read more about it or register to bid you can click here to visit the listing. 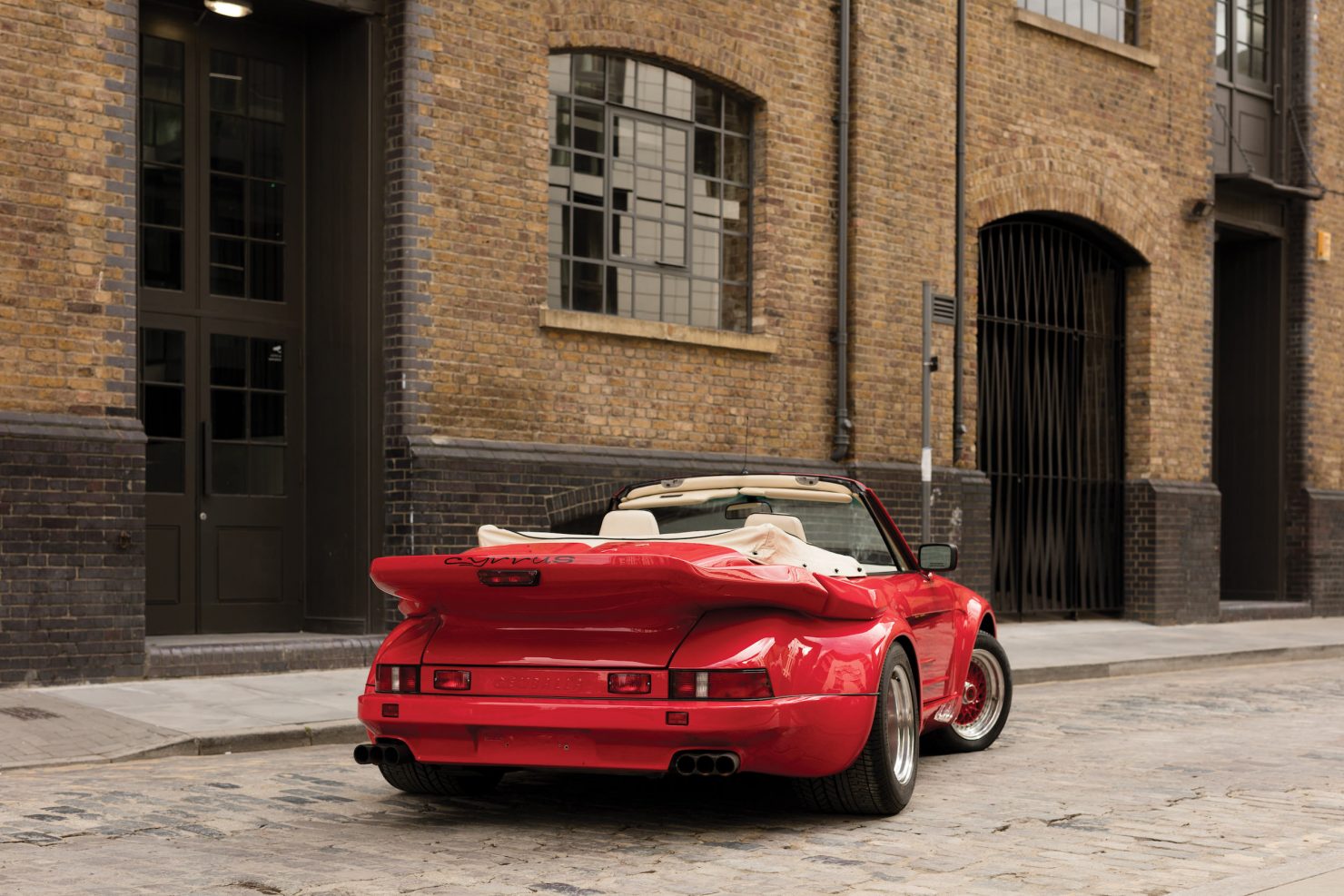 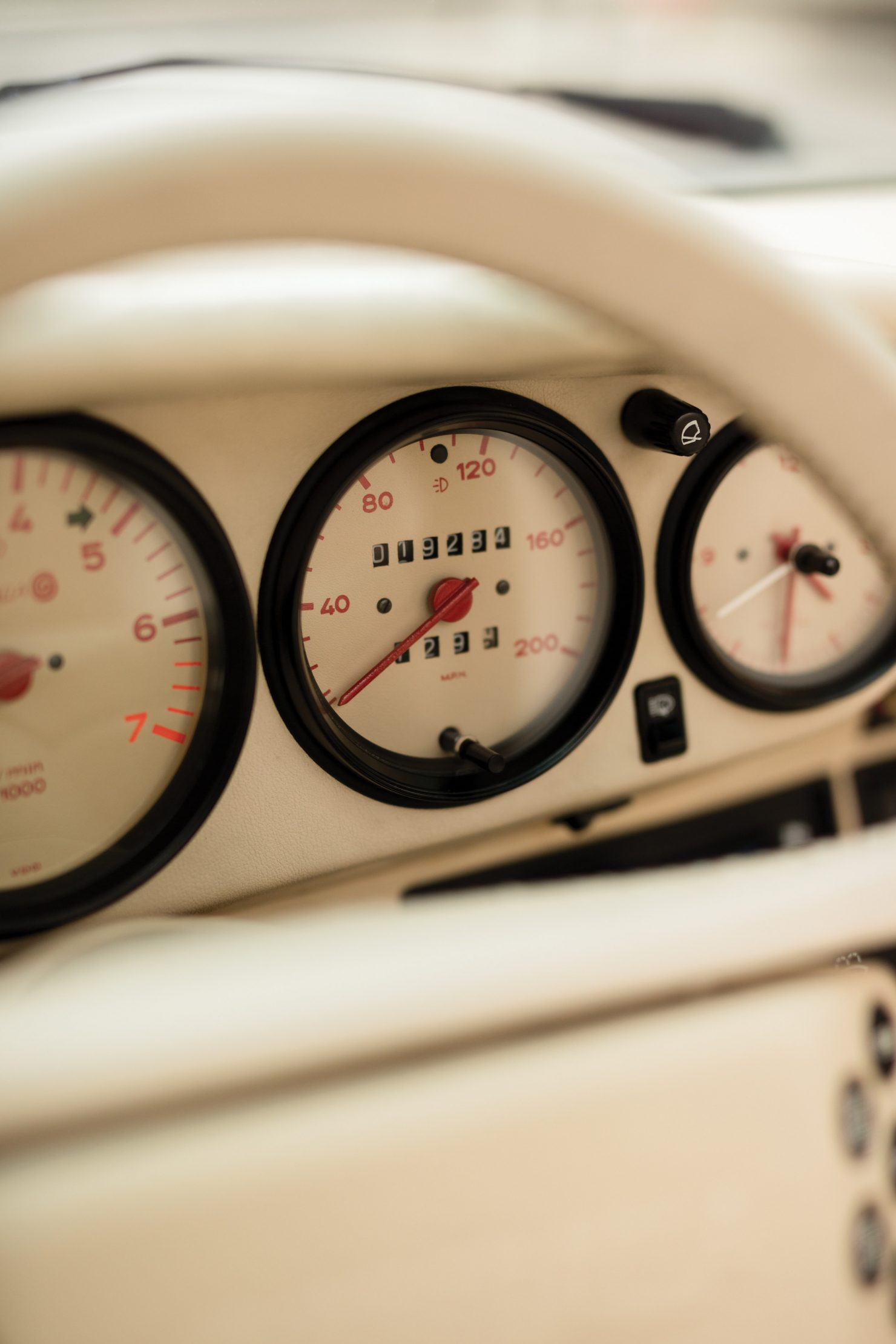 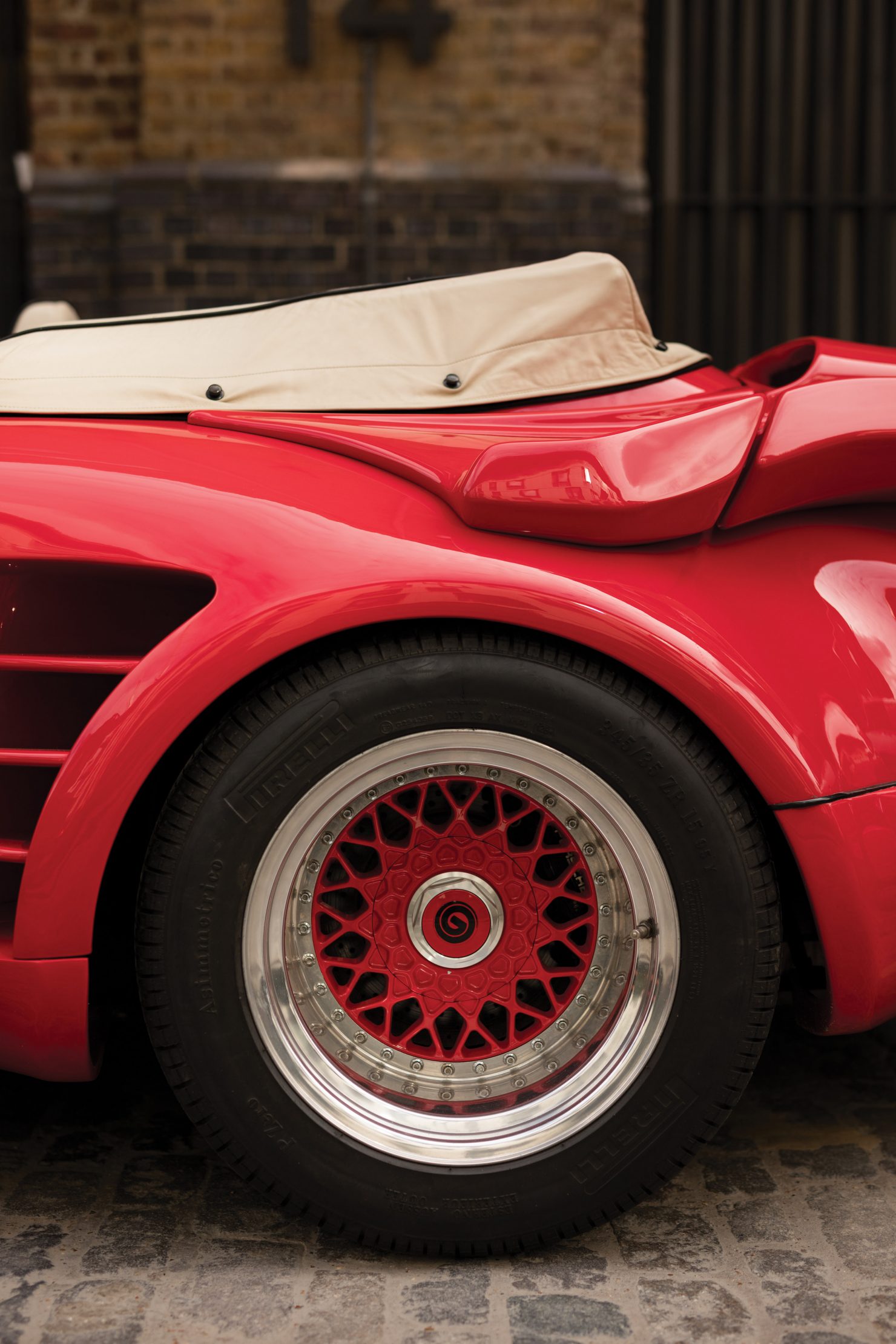 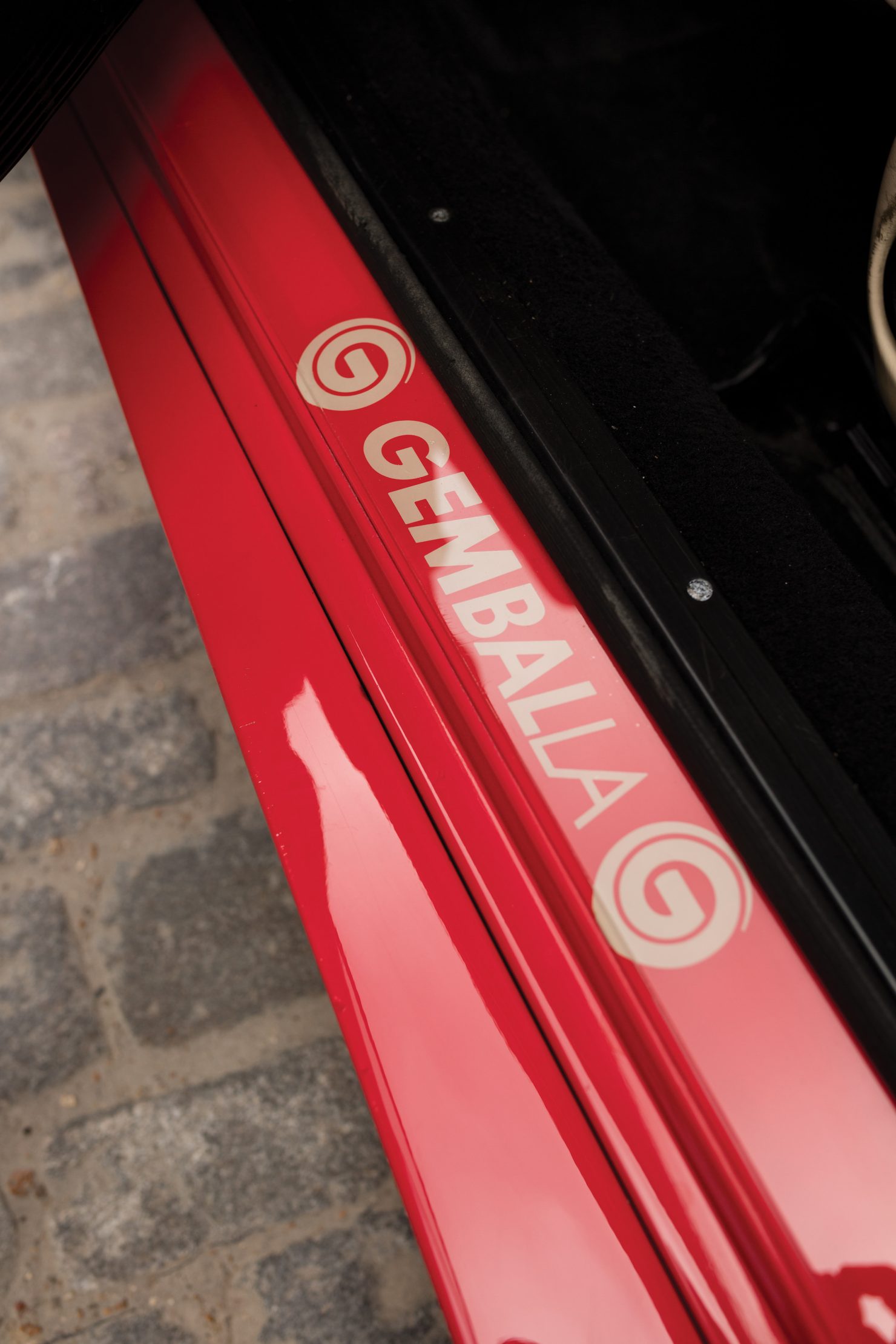 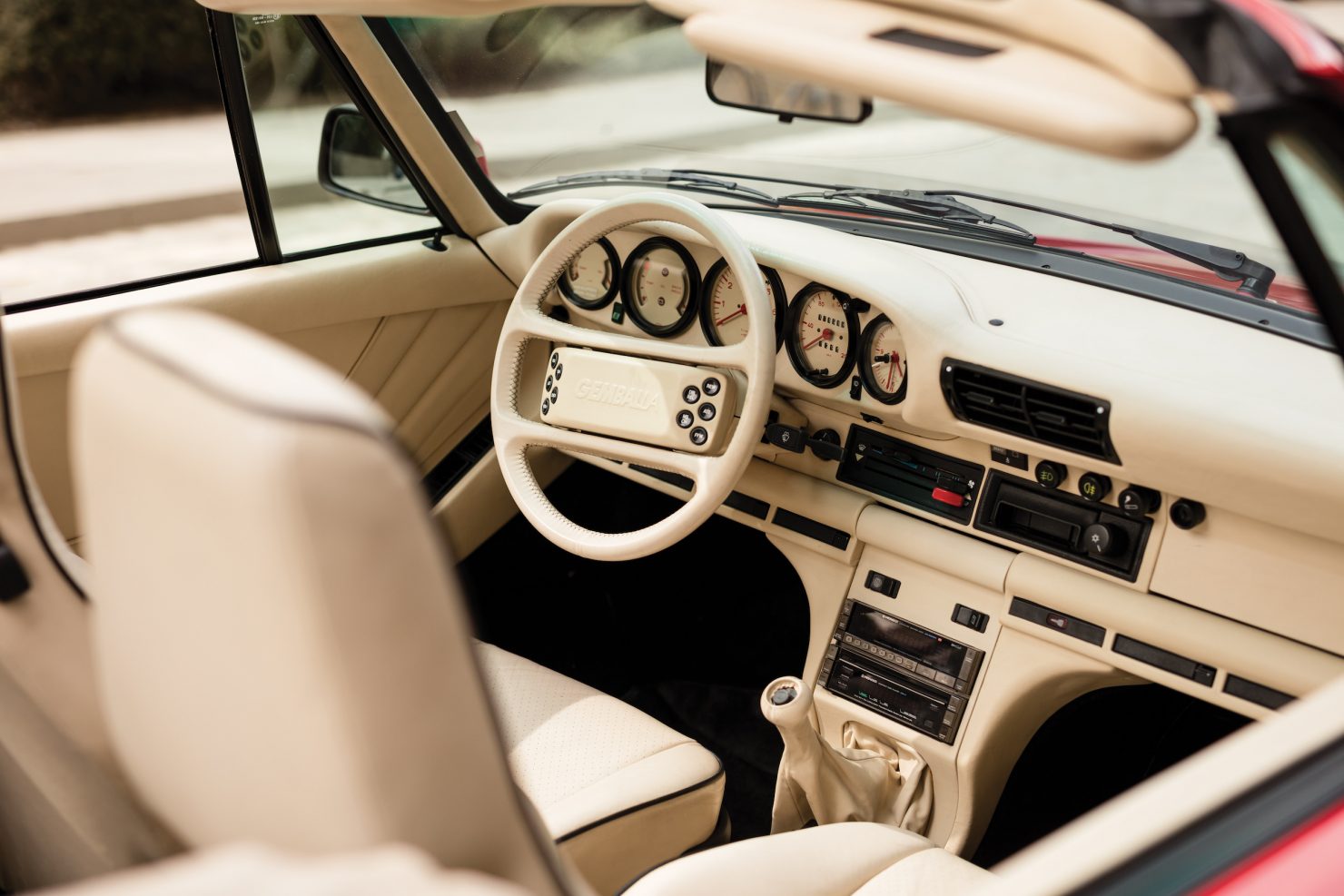 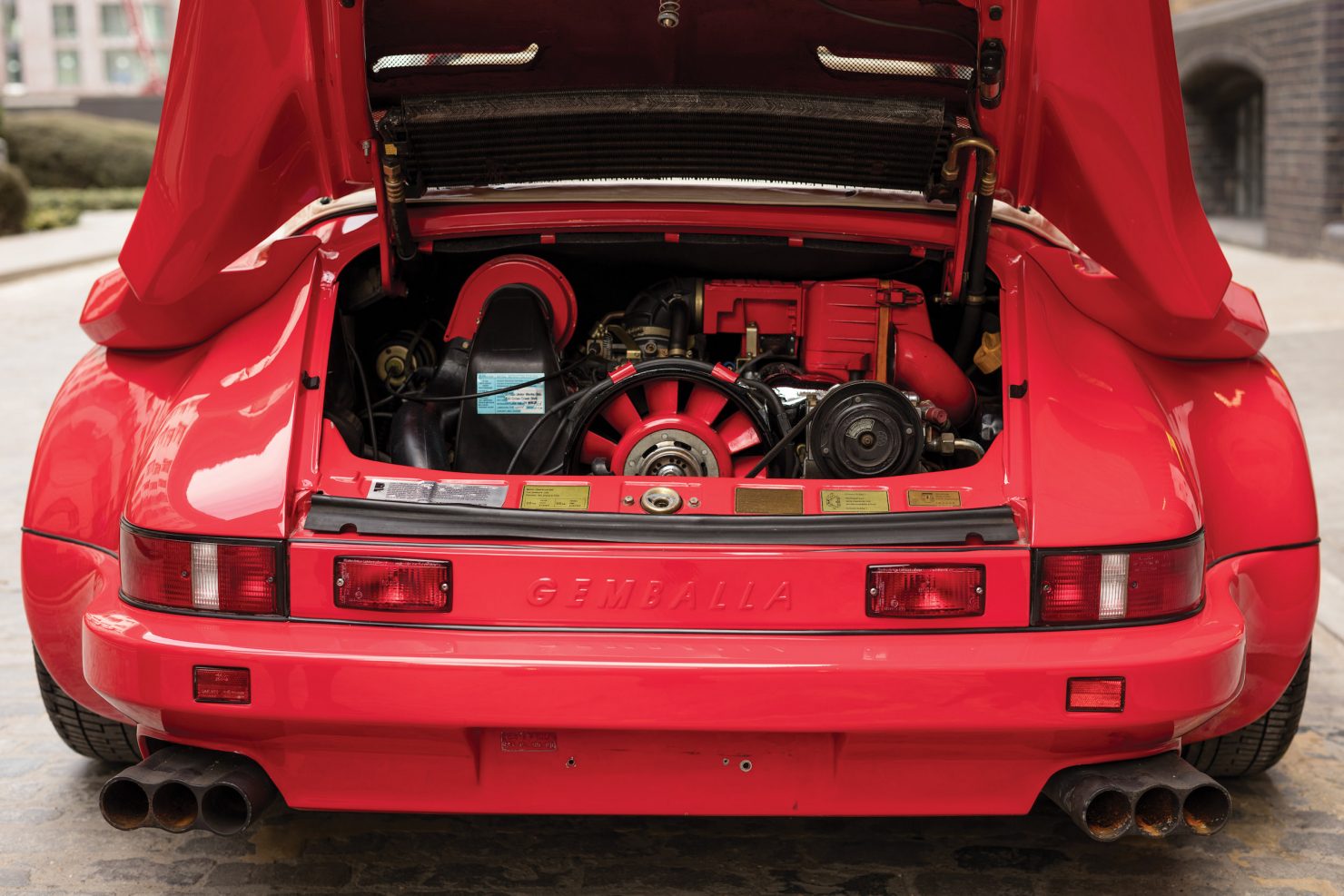 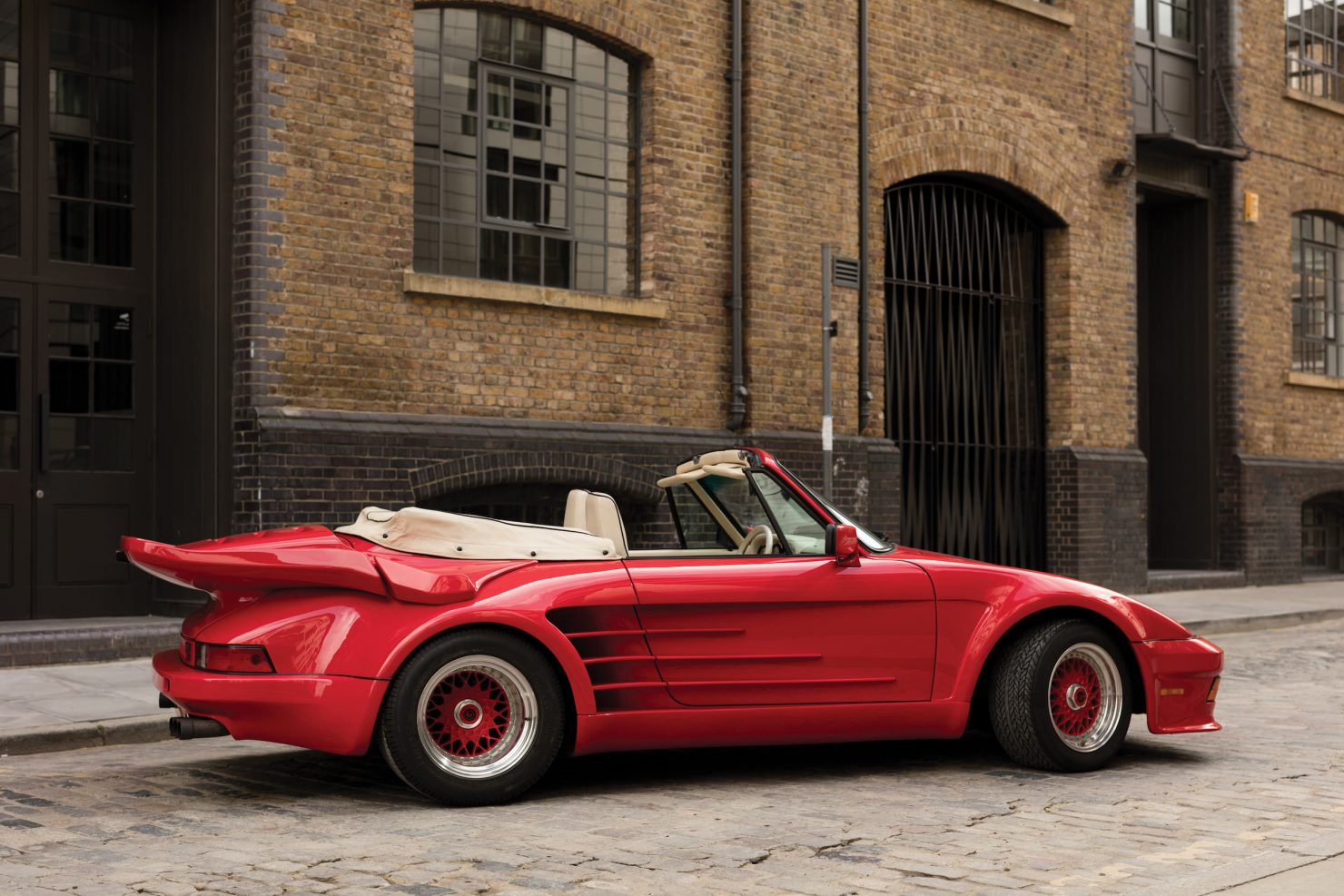 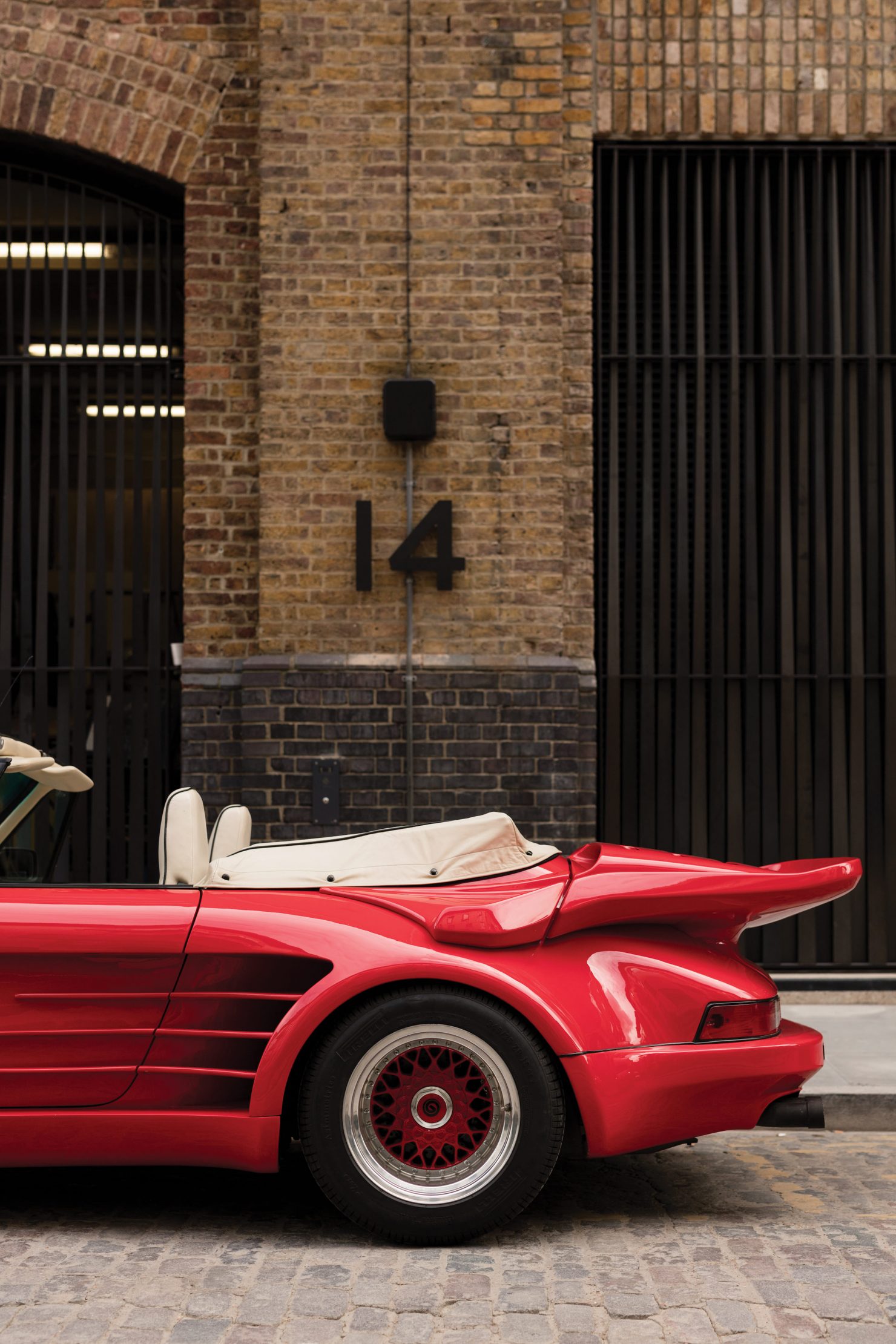 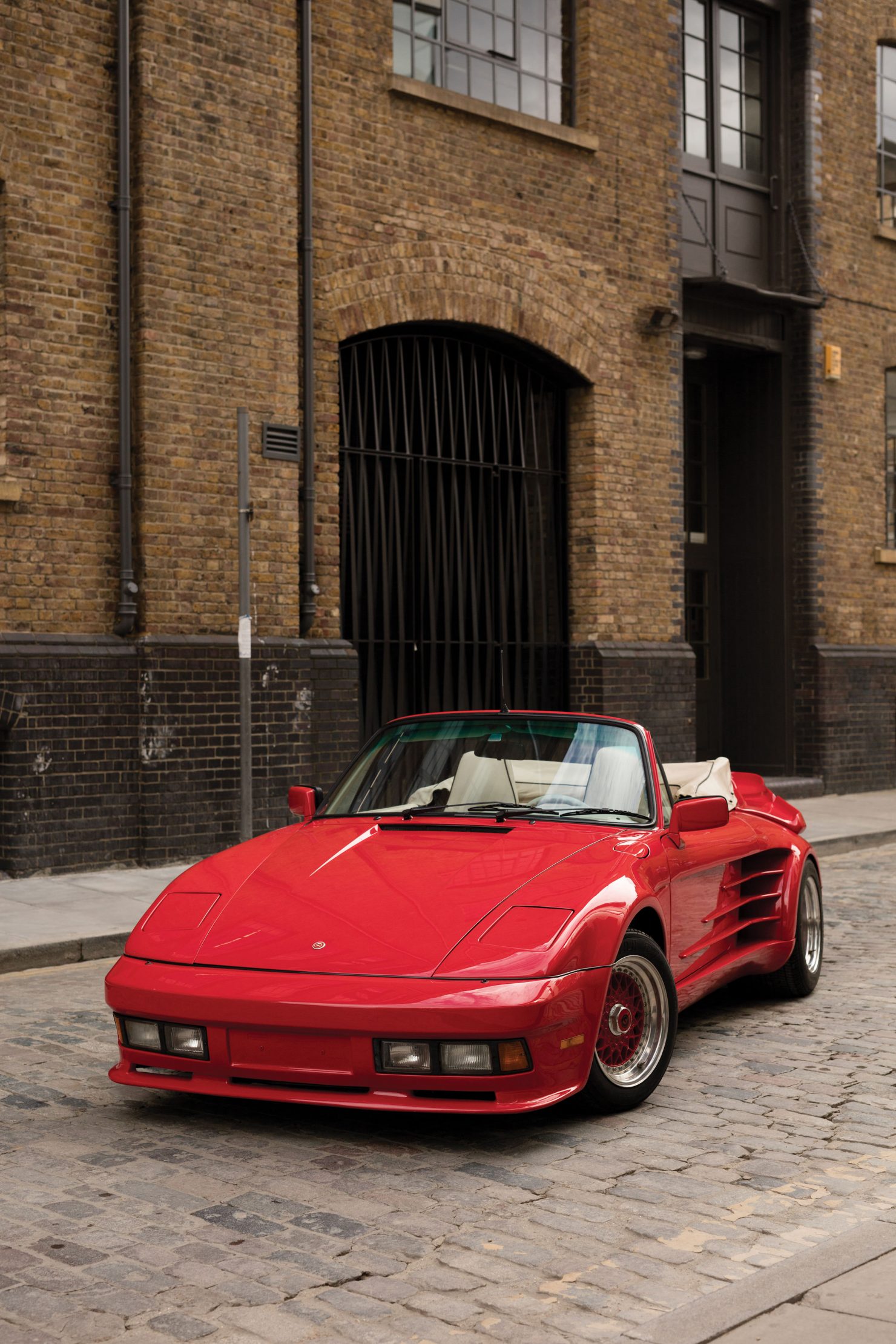 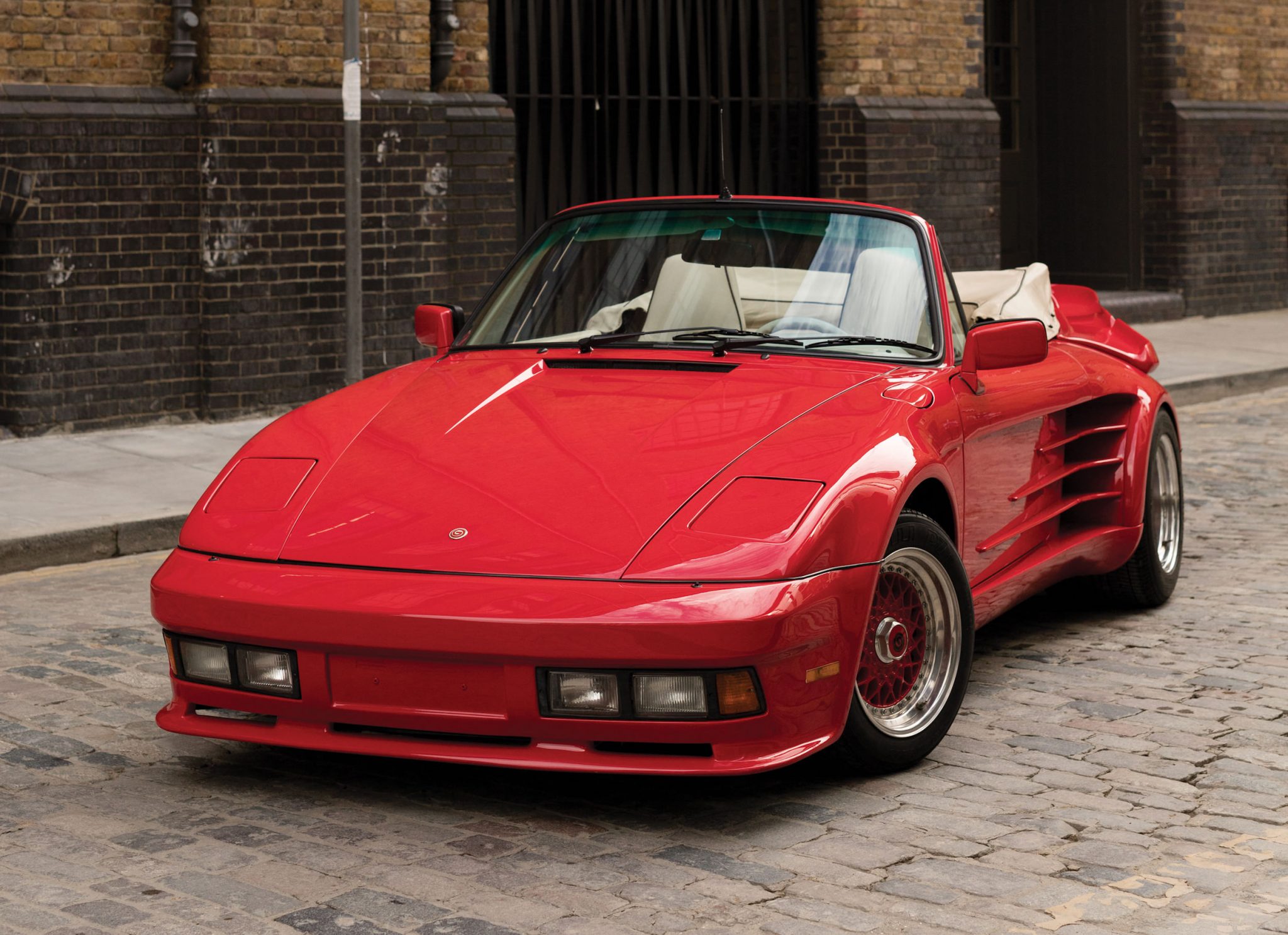