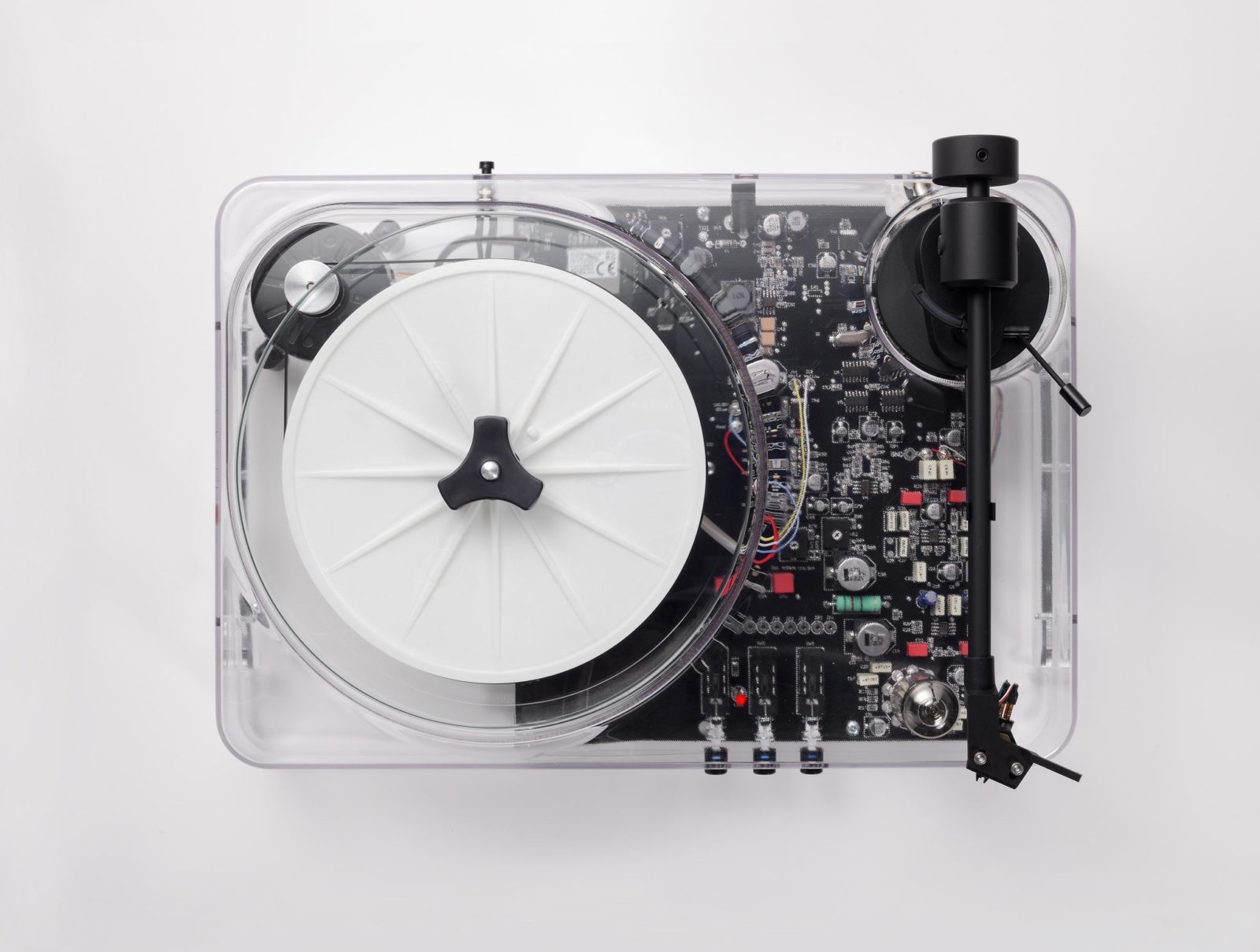 This is the Gearbox MKII Transparent Turntable, it was inspired by the minimalist Braun PC 3 SV record player created by industrial design legend Dieter Rams back in 1955.

The company has its own analogue cutting and mastering studio situated in King’s Cross, their records include previously-unreleased historic recordings and pioneering new music by contemporary artists. 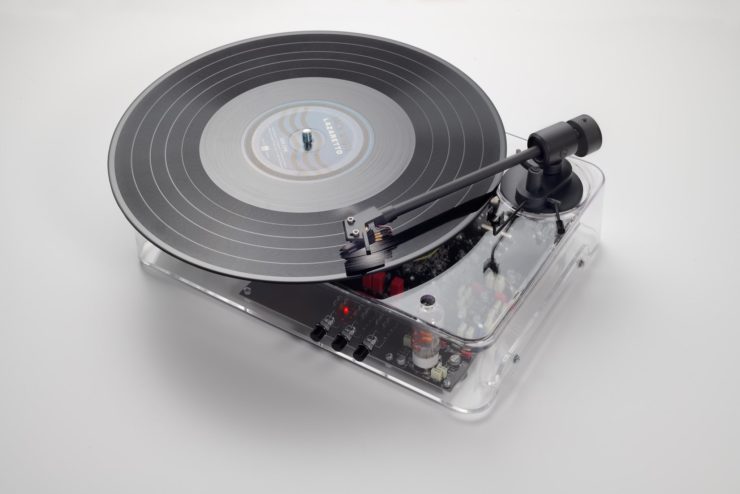 The Gearbox MKII Transparent Turntable can play both 33 rpm and 45 rpm records, it’s also Bluetooth equipped so it can play music through your desktop speakers.

The Gearbox MKII was designed to be a turntable suitable for both vinyl newcomers and old hands. It has a high-fidelity built-in valve phono stage designed and tuned for moving magnet cartridges like the Ortofon OM10 – which it comes with.

Perhaps the most impressive feature though is the on-board music recognition that that allows users to add tracks from their record collection directly to their Spotify playlists with the swipe of a finger.

The Gearbox MKII has a transparent body that showcases the internals, it has a glass platter, RCA plugs for wired output, wireless connectivity, a Pro-ject tonearm, isolated power on control, and as noted above it’s internet enabled for track tagging and addition to streaming platforms. 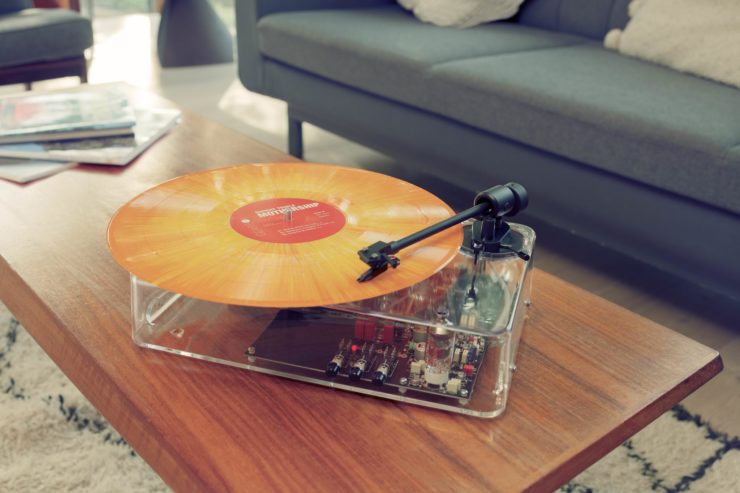 The transparent body offers the unusual ability to look inside the turntable and see all the parts that are usually hidden from view.

In case you’re wondering, there was an earlier MKI model, the upgraded MKII shown here features an upgraded belt drive with an aluminum pulley to ensure better speed stability and the electronics have been upgraded for better all-round performance.

The Bluetooth connectivity allows you to stream music from the deck directly to any Bluetooth enabled speaker system, making the process of setting it up at home a cinch.

Each Gearbox MKII is made in Europe by Pro-ject to the specifications laid out by Gearbox Records and the retail cost in the UK is £549, with a $545 USD MSRP across the pond. 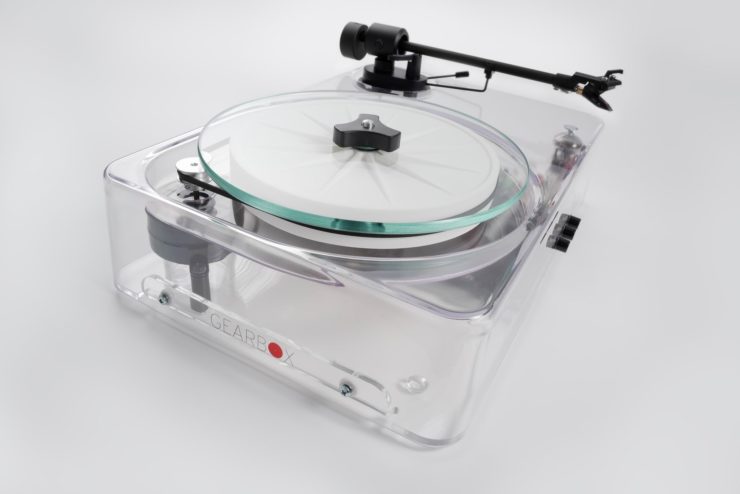