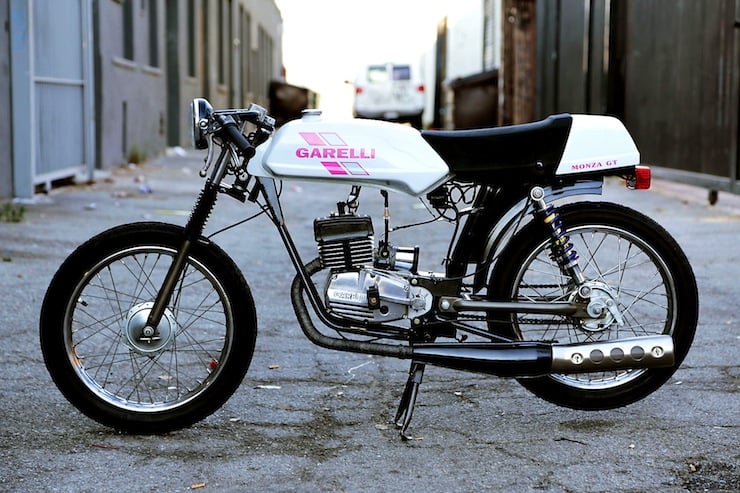 We just don’t see enough customised mopeds here on Silodrome, most people seem to invest their time working on bikes with slightly larger engines but there have been a few notable exceptions, of which this 1985 Garelli Monza GT is most certainly one.

Garelli is a company we don’t often hear about in motorcycle circles, which is surprising really considering the significant achievements that the company has made over the years. Garelli Motorcycles was founded in 1919 by Alberto Garelli, he was a recent engineering graduate and was very passionate about the humble 2-stroke engine.

He went on to design and build a 350cc motor that would set records including the Milan to Naples run rider Ettore Girardi covered the 520 mile trip with an average speed of 24mph – only stopping for fuel and potty breaks. Skip forward to the 1980s and Alberto’s company was building the fastest 125cc 2-stroke motorcycles in the world – the company took 6 consecutive world championships in Grand Prix motorcycle racing between ’82 and ’87. 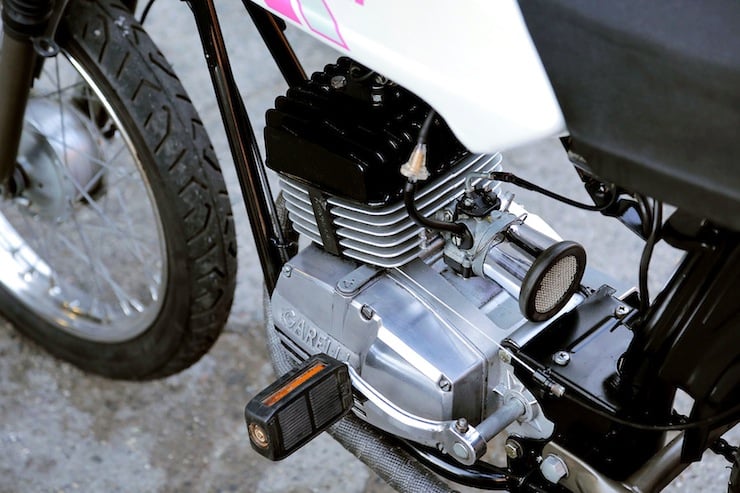 The Garelli you see here started life right in the middle of this winning streak, it’s a pearl white 1985 Garelli Monza GT. As with all the Monza GTs its fitted with a 49cc 2-stroke engine with a bore of 40mm and a stroke of 39mm, the bike weighs in at just 61kgs (134lbs) making it a perfect little beast for getting around town.

It was discovered on Craigslist by Ken and Brian of Spirit Lake Cycles who were on the lookout for an interesting 2-stroke so they could enter a build-off being held by Deus Ex Machina. They bought it and rode it back to their headquarters to prepare the bike for some much needed TLC.

They started by stripped the bike down to the frame and painting it, they cleaned, replaced and reorganised the wiring loom then repainted the tank – adding new retro-tastic decals. The springs were in need of replacement so new shocks were added to the rear end, new tires were then added a tasteful little velocity stack as a shout-out to the marques racing pedigree.

In the end, the bike was built for less than $1,000 – and that includes the cost of buying it. Ken and Brian have been having a blast riding it around their native Los Angeles and the little Garelli has been lighting up the moped subculture on the internet.

Visit Spirit Lake Cycles on Facebook here and hit the “Like” button to stay up to date on their other unique builds. 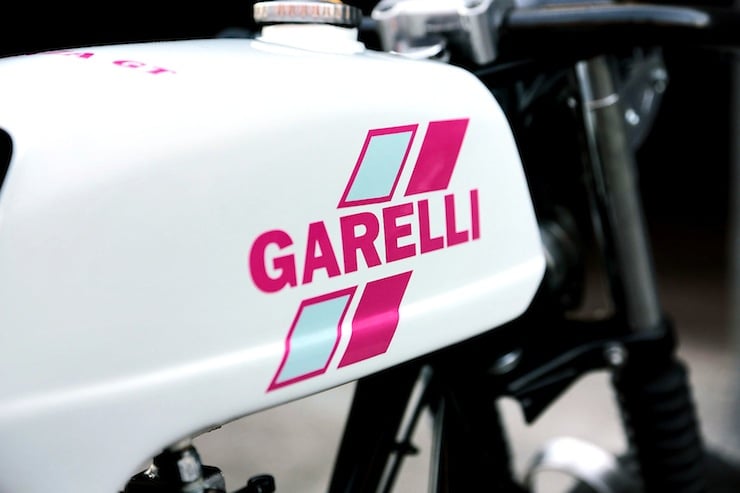 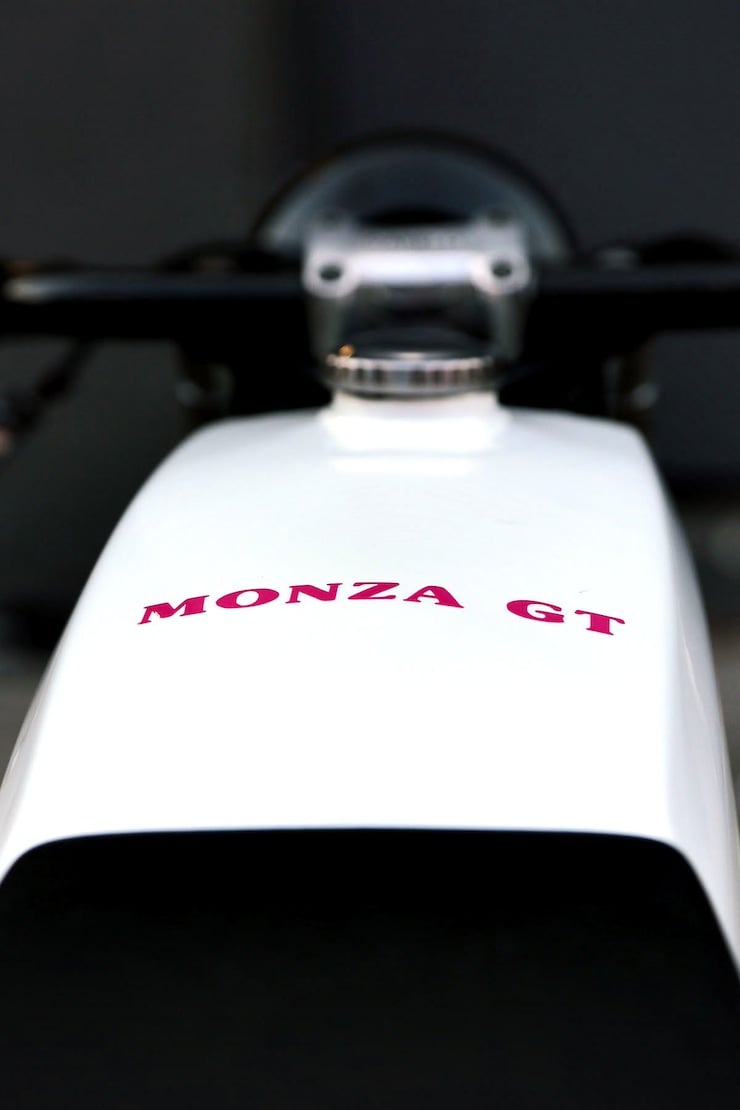 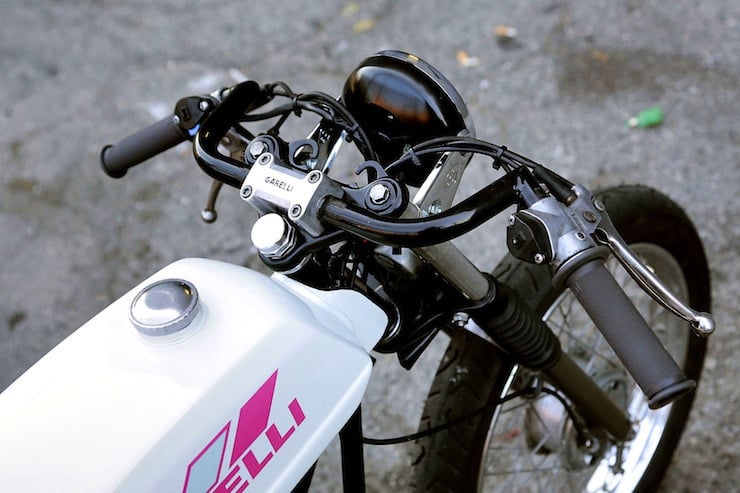 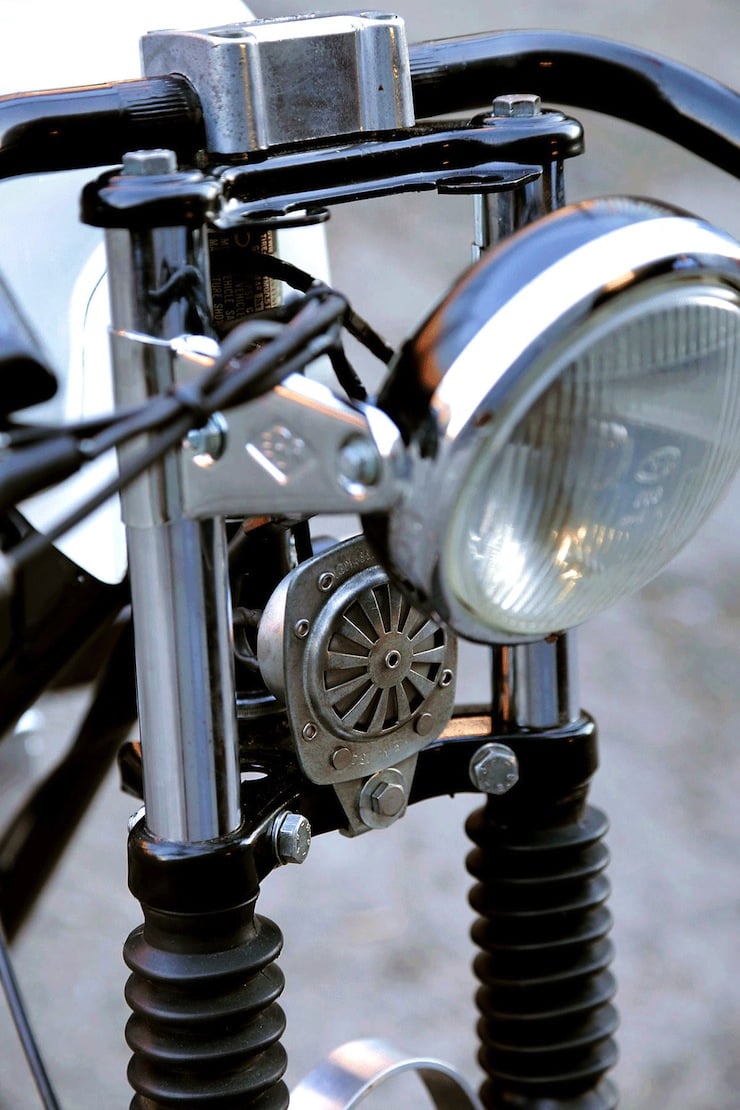 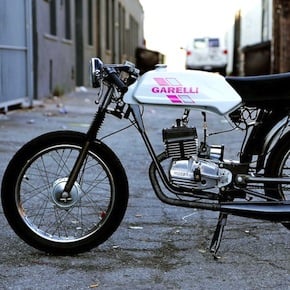