Last of the Giants is a documentary about the Union Pacific Big Boy, a series of gargantuan articulated 4-8-8-4 steam locomotives that were built by the American Locomotive Company (ALCO) during World War II.

Interestingly engine No. 4014 was restored and returned to service in 2019, it’s now used for hauling special passenger trains full of people who want to relive the glamorous days of steam locomotive travel. 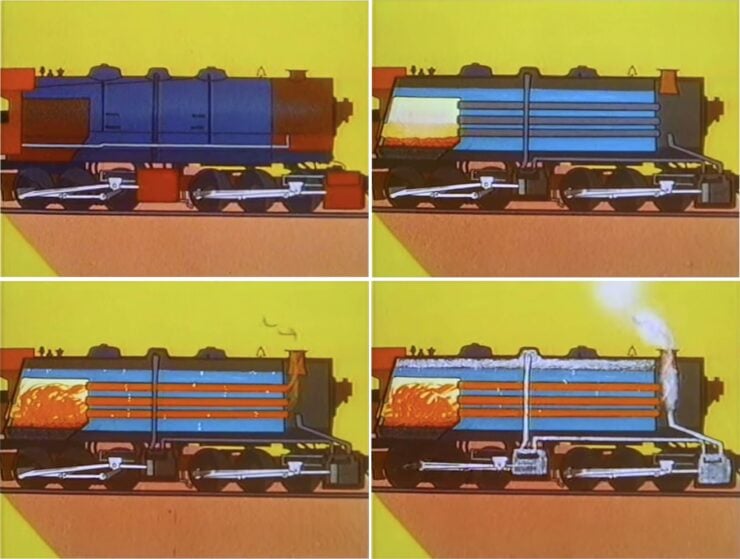 The film uses animations to explain how steam locomotives operate, from initial start up to full speed running.

25 Union Pacific Big Boys were built between 1941 and 1944, most were used for hauling cargo over the Wasatch mountains between Ogden, Utah, and Green River in Wyoming. During the war these trains hauled everything from military supplies and equipment to regular civilian cargo.

The Big Boys were so large they were articulated to allow them to get around corners, and Big Boy No. 4014 is now the largest and most powerful operating steam locomotive anywhere in the world. Tickets are available for anyone who wants to ride on the last surviving Big Boy and you can click here if you’d like to check the train schedule. 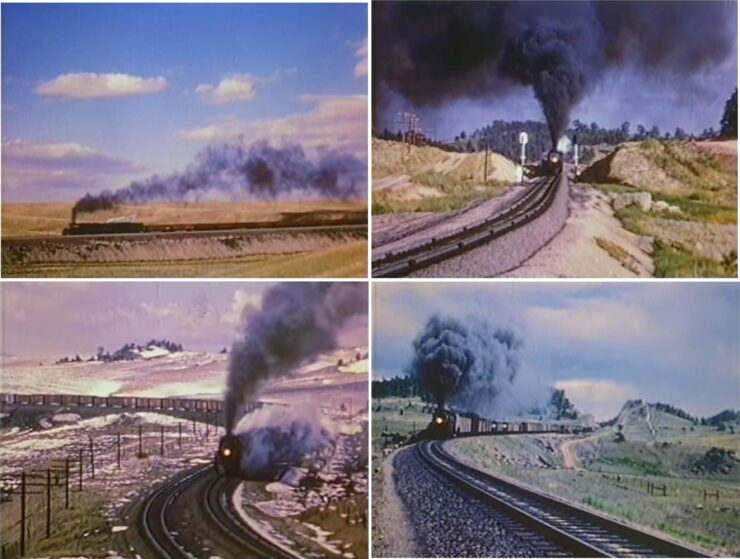 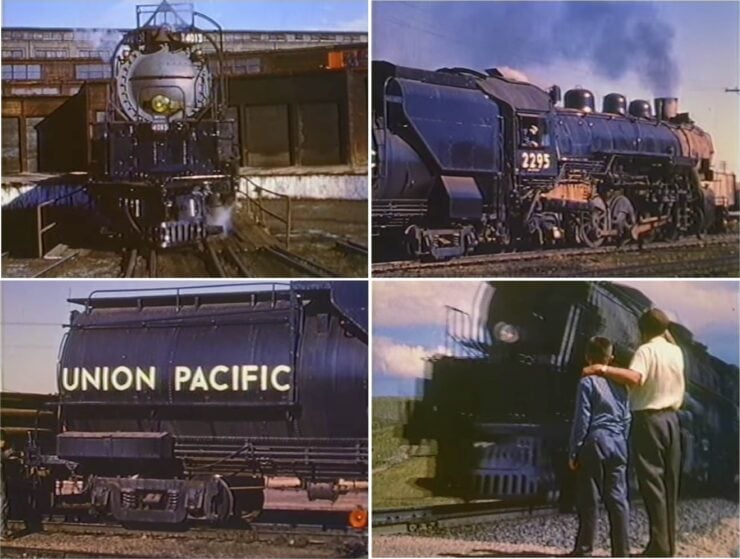