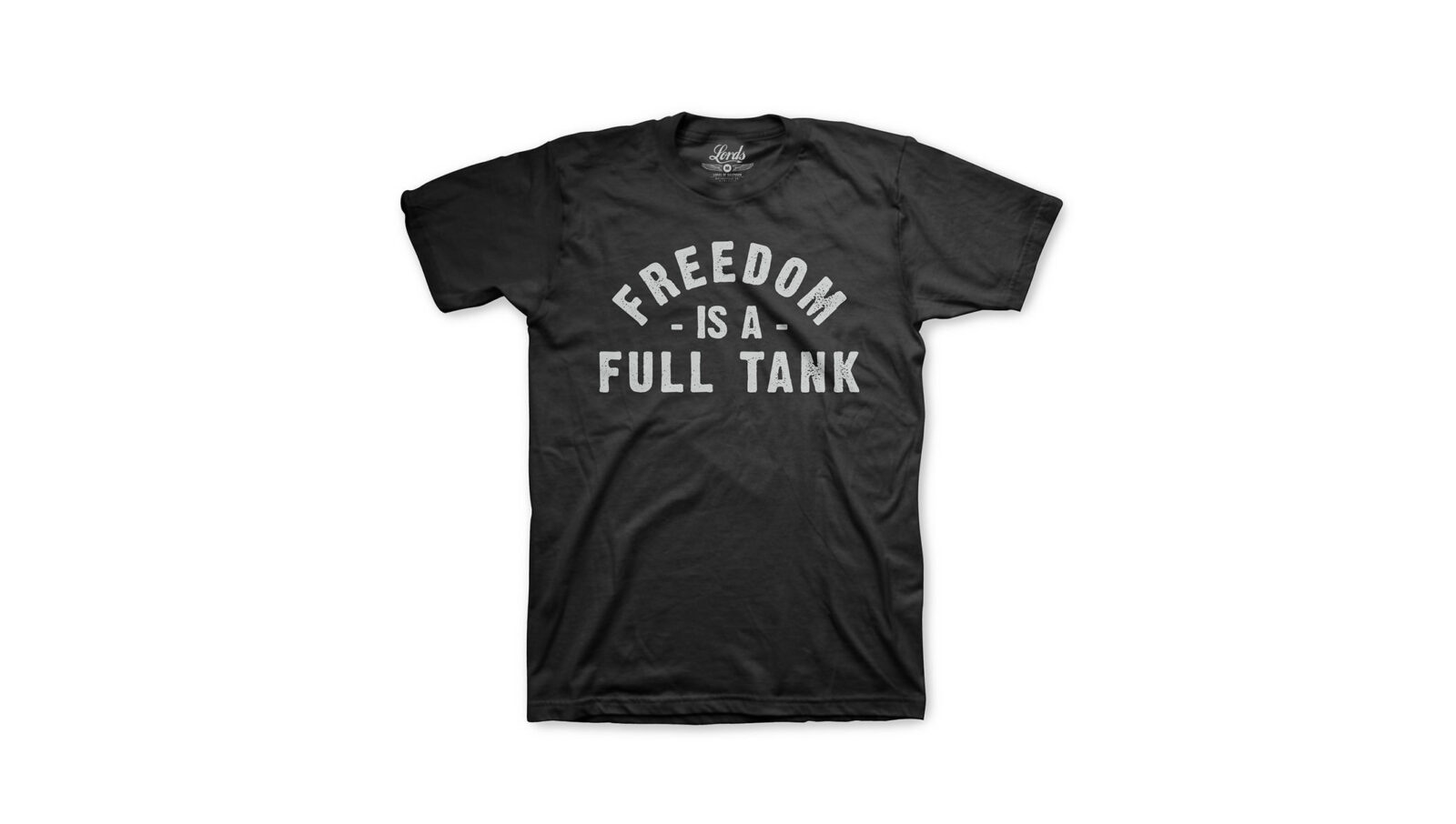 The Freedom is a Full Tank t-shirt by Lords of Gastown contains one of the most enduring statements in the world of motordom.

The tee is available in either black or white, and sizes ranging from XS right the way through to XXXL, and it’s printed on 100% cotton. 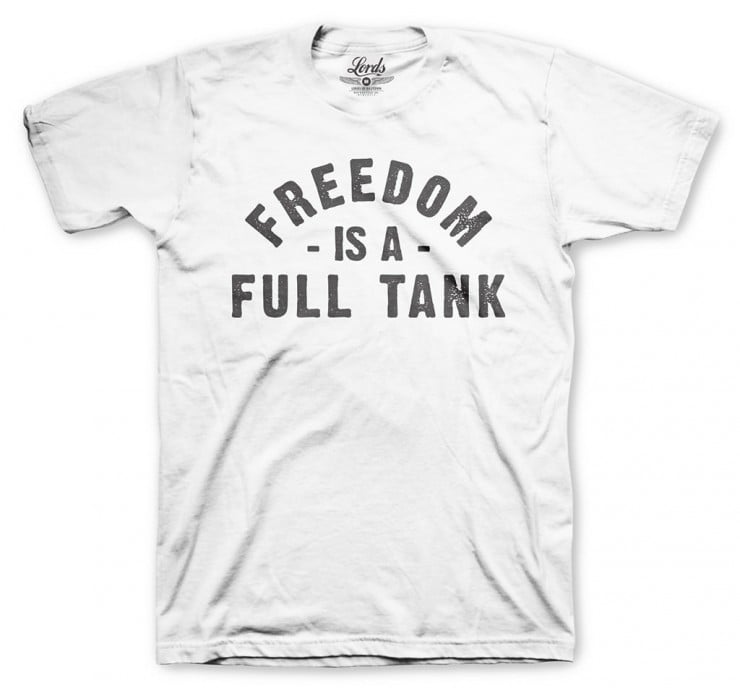