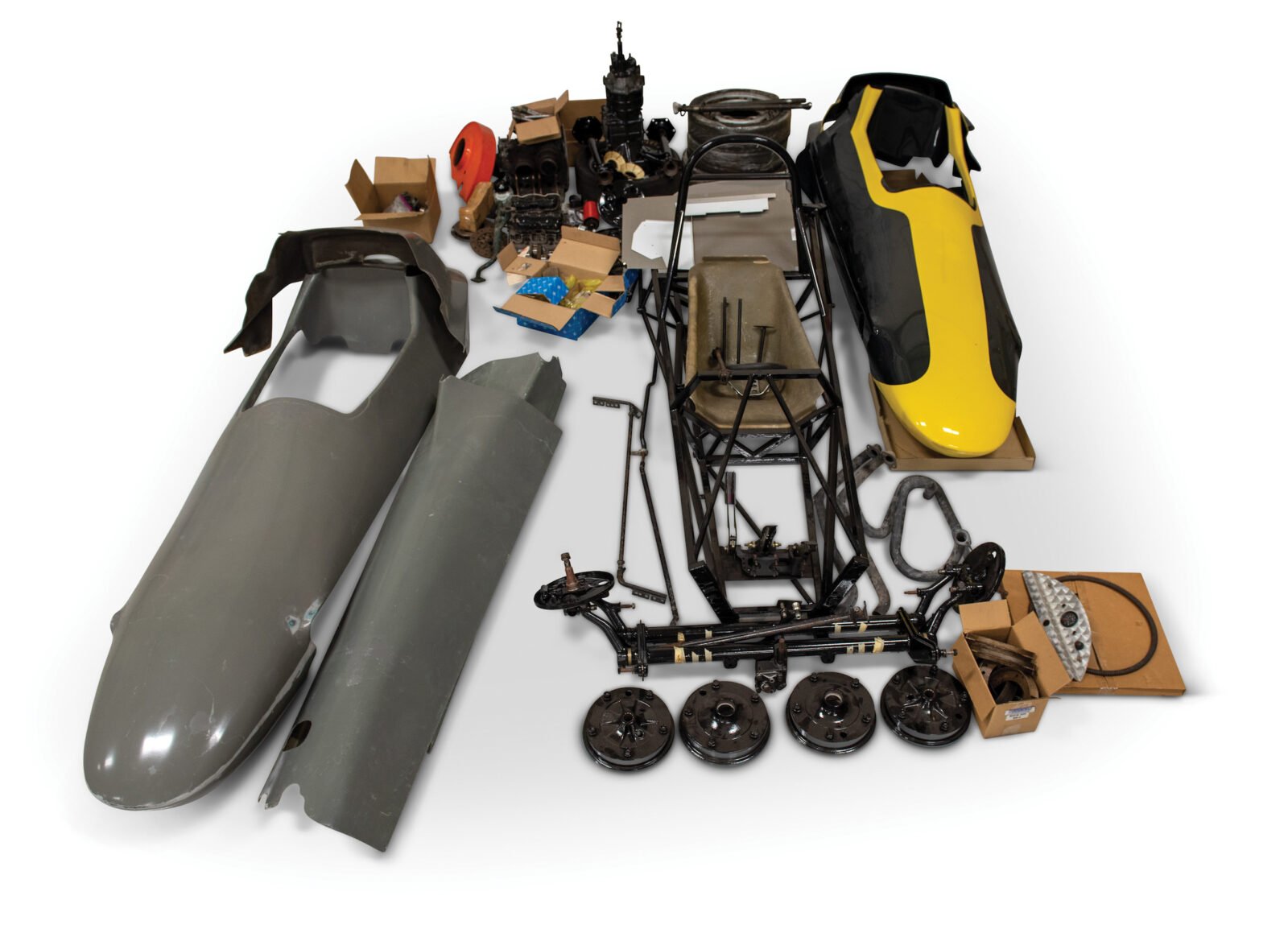 This Formula Vee project car comes with almost everything you need to go racing including critical parts like the engine, transmission, chassis, body, etc. It’s estimated to be worth about $4,500 to $6,500 USD and it’s going to be offered without reserve by RM Sotheby’s in late October.

Formula Vee racing is the single most prolific form of open-wheel racing in the world largely due to its exceptionally low cost of entry. The cars make extensive use of Volkswagen Beetle components (hence the “Vee” from “VW”) and due to the low curb weight of the cars they can reach speeds of 200 km/h (120 mph) and can corner at up to 1.7 Gs.

The entire purpose of Formula Vee is to keep the barrier to entry as low as possible, whereas most other forms of racing can be eye-waveringly expensive, Formula Vee can be affordable for average middle class folks on tight budgets – and it’s been that way since 1960.

As a result of this the formula has been the starting point for some of history’s greatest racing drivers including Niki Lauda, Emerson Fittipaldi, Nelson Piquet, and Keke Rosberg – all of whom would go on to become Formula One World Champions.

The Formula Vee car is subject to tight technological restrictions to stop those with big budgets building dominant cars. Once you build (or buy) your Formula Vee car you keep it essentially the same for season after season of racing, only replacing parts after an accident or when they naturally wear out.

Each Formula Vee car starts with a steel tube space frame chassis, these chassis are typically over-engineered for strength both for the sake of safety and longevity. Once you have your chassis you fit your stock VW Beetle engine and transmission, as well as the drum brakes and suspension, then you build or buy your body.

Bodies are typically made from fibreglass or aluminum, and no wings or aerodynamic elements are permitted. Despite this there is still significant variation in body types within Formula Vee with different racers swearing by their favourite bodies.

There are countless Formula Vee racing leagues around the world including in the United States, Australia, Canada, New Zealand, Britain, and across Europe. Many countries have multiple championships based on region and young drivers are often scouted early on in their Formula Vee careers.

One of the reasons the formula is so popular for determining actual driver ability is that their cars are all so close in performance that it’s difficult for any car to be significantly faster than another, so you see the true pace of a driver and not the pace of the car.

As you can imagine things like ABS and traction control are not-permitted, though a heavy emphasis on driver safety is the norm. To buy a brand new Formula Vee car that’s ready to race you’re likely to spend up to $20,000 USD, still not expensive by the standards of the racing world, but many new drivers choose to buy a secondhand car or a project car like the one you see here.

As mentioned above this car does appear to be mostly complete including all of the larger items, although a detailed breakdown of condition isn’t available so the buyer should assume that an engine and gearbox rebuild will be required at the very least. The car comes with its original body moulds – this is important as it allows for very inexpensive repair to body work after on-track contacts.