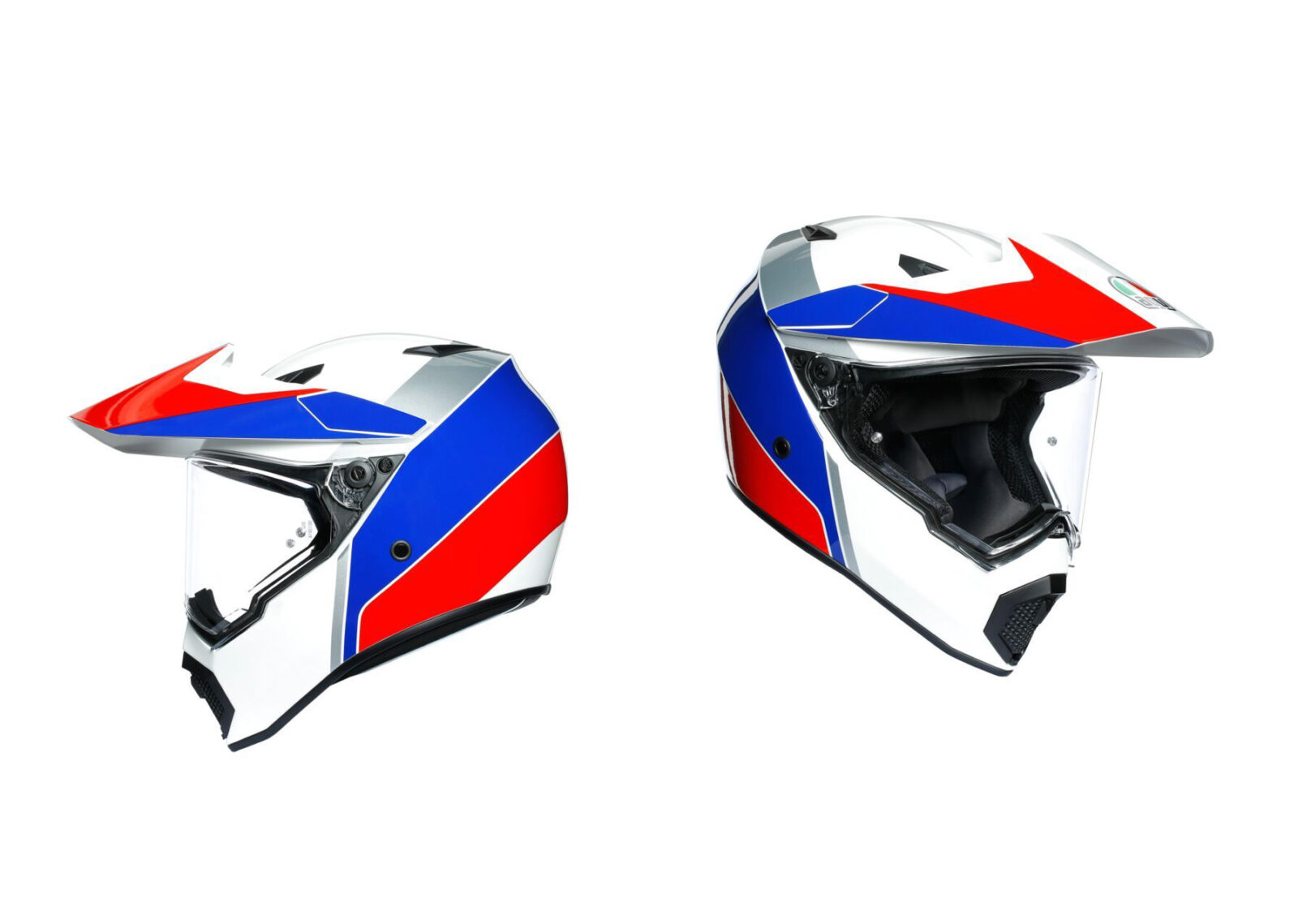 This is the new AGV AX9 Ocean helmet, it’s a dual sport design with a lightweight carbon, aramid, and fiberglass shell, and the peak is adjustable to reduce the sail effect at high speeds.

AGV is an Italian company that was founded all the way back in 1954. It’s thought to be the first Italian company to start making and selling fibreglass crash helmets and the company name is formed from the initials of its founder “Amisano Gino” and “Valenza”, the Italian town where it was based.

The AGV AX9 Ocean helmet is an all-new design that was developed to replace the outgoing AX-8 DS EVO model. The AX-9 Ocean has five vents in total to ensure excellent airflow, there is an adjustable chin-vent, two brow inlet vents, and two extractor vents.

The helmet comes in three shell sizes XS-MS, ML-XL, 2XL, it has a panoramic, Pinlock-ready visor, and it’s secured with the traditional double-D strap. Sizing ranges from XS all the way up to 2XL and there’s a handy sizing guide on the website to ensure you get the right fit first time. 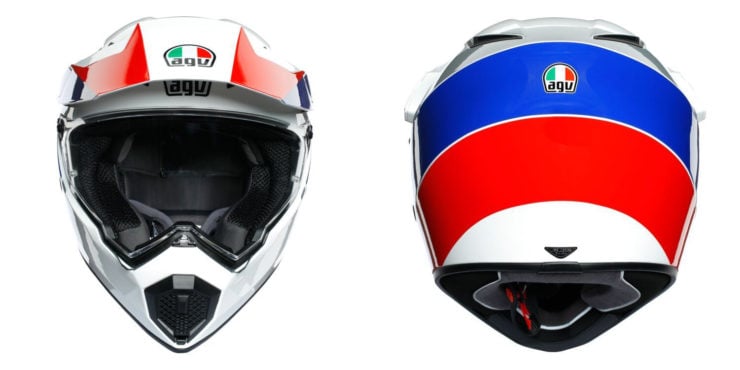