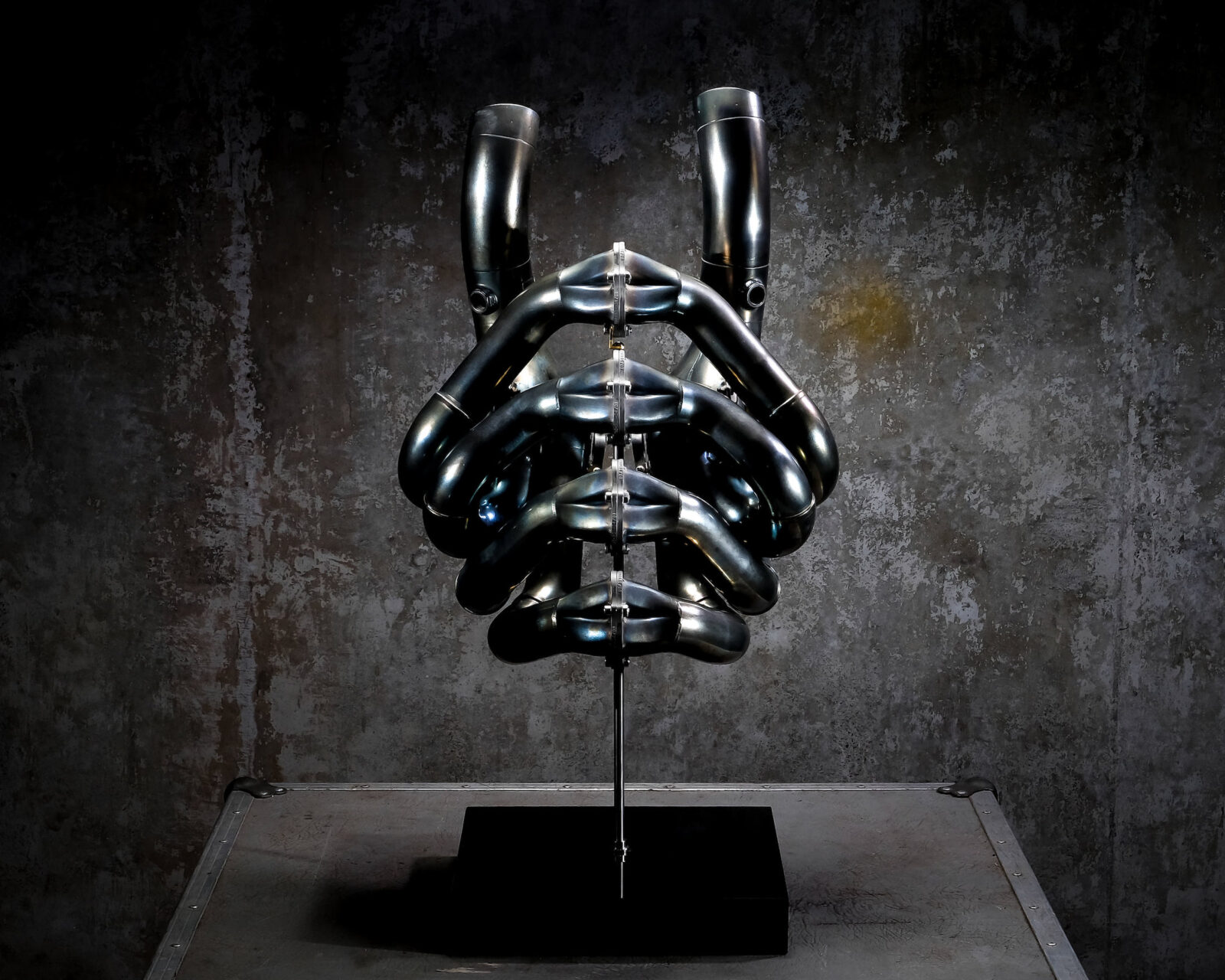 This unusual, almost alien-looking, sculpture is the work of Mike O’Connor. It started life In Maranello, Italy where it was manufactured by Ferrari as part of the Ferrari 056 engine that was used by both Scuderia Ferrari and Sauber (as an engine customer).

This particular exhaust was used by Sergio Perez in Monza at the 2011 Italian Grand Prix. Monza is famous for being a high-speed circuit so the Ferrari V8 with its 18,000 rpm red line would have sounded biblical echoing through the grandstands packed with tifosi.

Each of these sculptures is made by Mike O’Connor, the founder of the Fastest Club – an exclusive group of historic Formula 1 car owners who travel around the world with their cars to a number of F1 races each year and spend time on track putting their vehicles through their paces, allowing fans to see them in action and hear the collection of much loved V8 and V10s from years gone by. 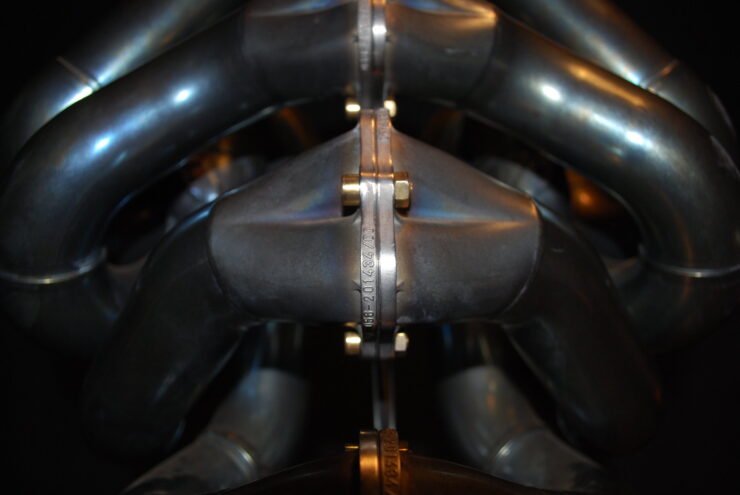 Above Image: Each set of headers are joined at the manifold to create an unusual, symmetrical sculpture.

Mike owns a 2011 Sauber Ferrari (chassis #4) that was used by Sergio Perez in the 2011 season, though thankfully it isn’t the one he crashed at the Monaco Grand Prix that year. Fortunately for us, Mike also has an Art Degree, which led him to take the spare exhaust systems he had in storage and do something remarkable with them.

Each sculpture is created by taking a real Formula 1 exhaust and bolting each set of headers together to create a single, biological-looking piece which is then affixed to a base. The unusual appearance of each piece will be instantly familiar to any petrolhead, but non-car folks can be quite perplexed as to what they’re looking at and they make great conversation pieces as a result. 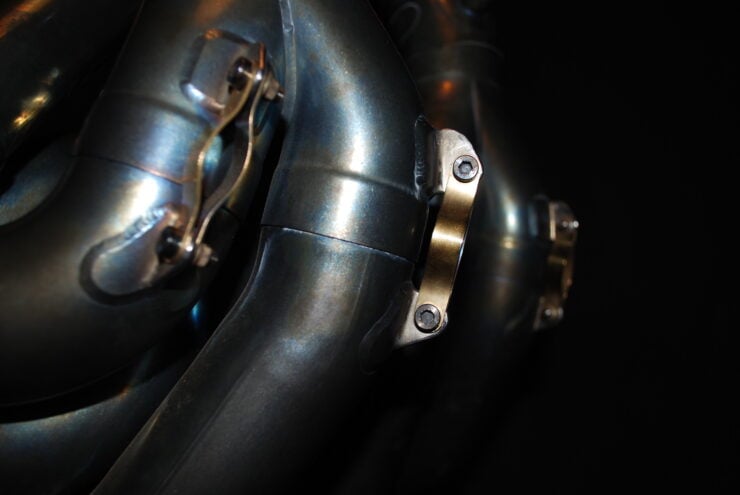 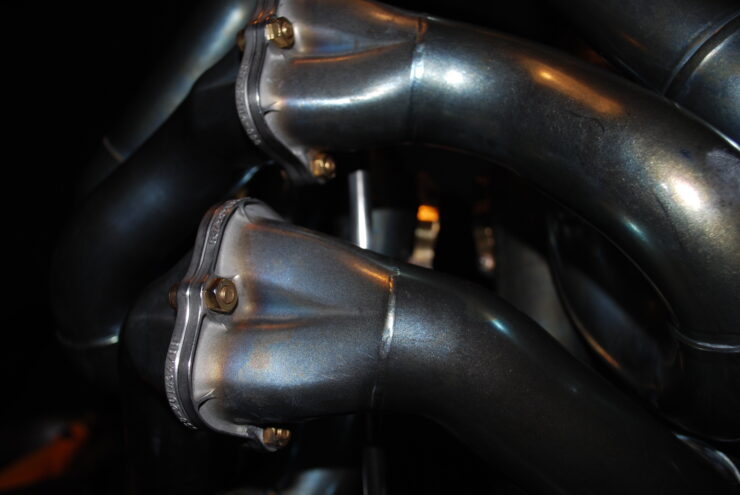 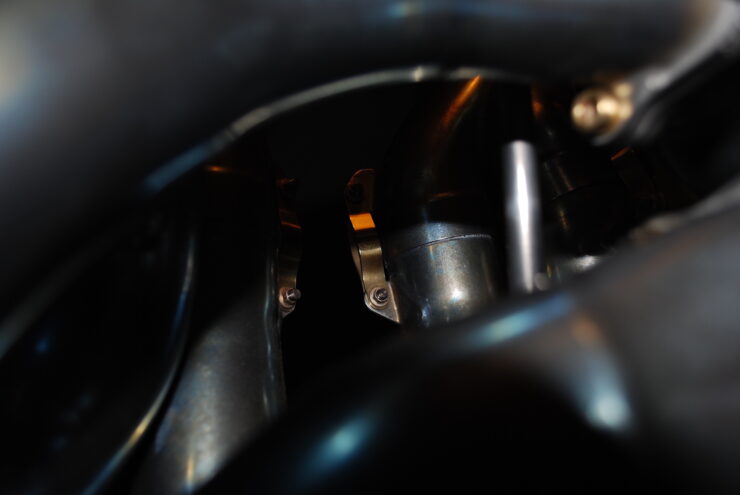