This is the Cagiva V593 that John Kocinski famously rode to a David vs Goliath 1993 USGP win at Laguna Seca against far larger and better funded teams.

The engineers at Cagiva had thrown every cutting edge technology they had at this bike, they didn’t just want to win races, they were fighting to save the company itself from bankruptcy.

The Cagiva V593 was one of the most famous iterations of the Cagiva GP500 – its spec sheet sounds impressive to us now in 2020, so it’s difficult to imagine how it must have sounded when the V593 first debuted back in 1993. 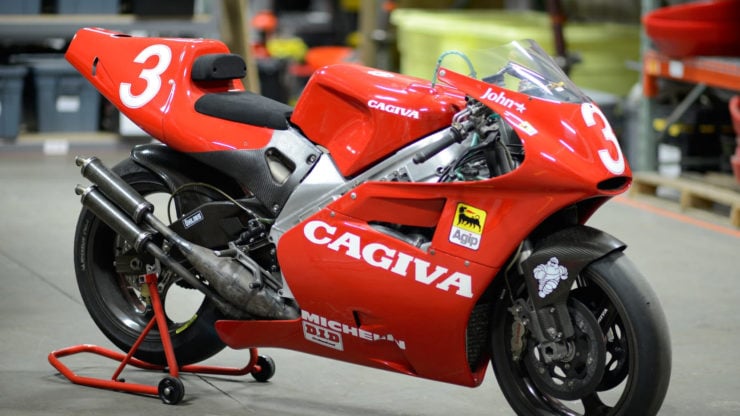 Above Image: Despite its age the Cagiva V593 could almost pass as a modern superbike.

Impressively the Cagiva V593 tipped the scales at under 200 lbs dry, and it produced 185 horsepower. Those who have ridden it claim it feels faster than almost anything on earth, including modern Grand Prix racing motorcycles.

When the V593 went up against the dominant Japanese superbikes in top flight competition in 1993 it did something no one quite expected. It began beating them all and winning races. 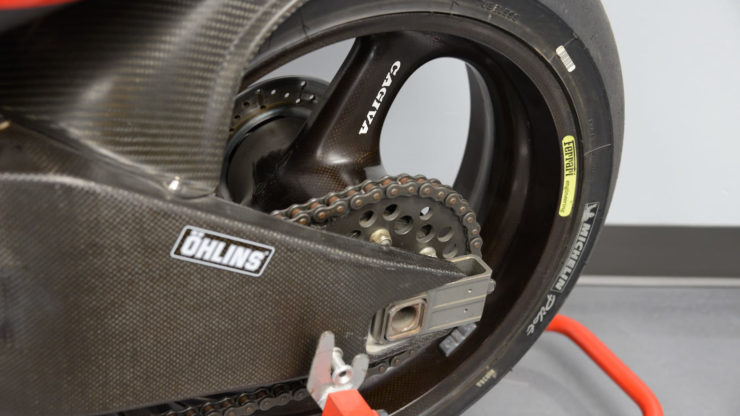 Above Image: The bike is fitted with Ferrari hollow-section carbon fibre wheels front and back.

John Kocinski won both the US Grand Prix at Laguna Seca and the Australian Grand Prix on the Cagiva V593 you see here, making it one of the most historically important Cagivas of all time.

Sadly the company wasn’t able to stay racing long enough to truly develop the Cagiva GP500, specifically the V593, to its full potential. Amazingly in 1994 Italian rider Edi Orioli rode a Cagiva Elefant to his second win in the Paris Dakar Rally – the struggling Italian motorcycle manufacturer was operating at the pinnacle of two vastly different forms of motorsport at the same time – and it was winning.

John Kocinski’s Cagiva is now due to roll across the auction block with Mecum in late January. At the time of writing there’s no estimate listed, and it’ll be interesting to see how much it sells for when it rolls across the block. If you’d like to read more about this unusual superbike or register to bid you can click here to visit the listing.

Read more about what it’s like to ride this motorcycle here courtesy of an excellent article by Jeff Ware. 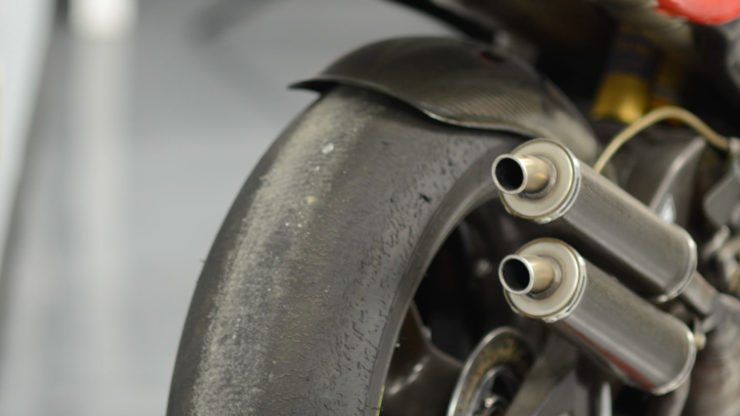 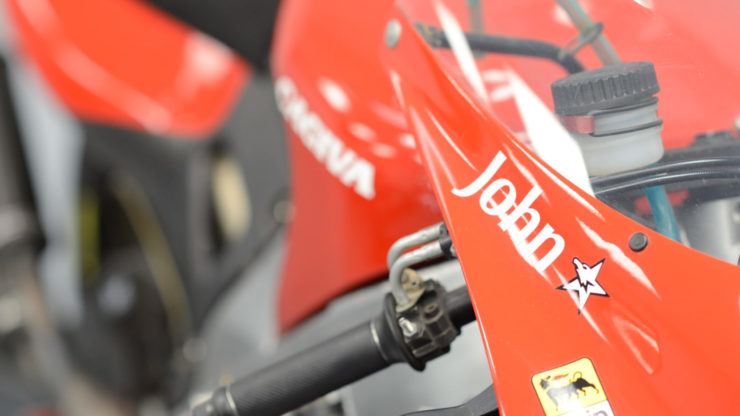 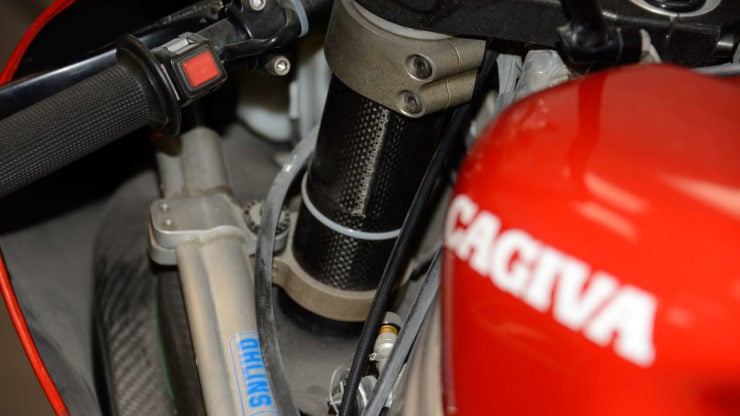 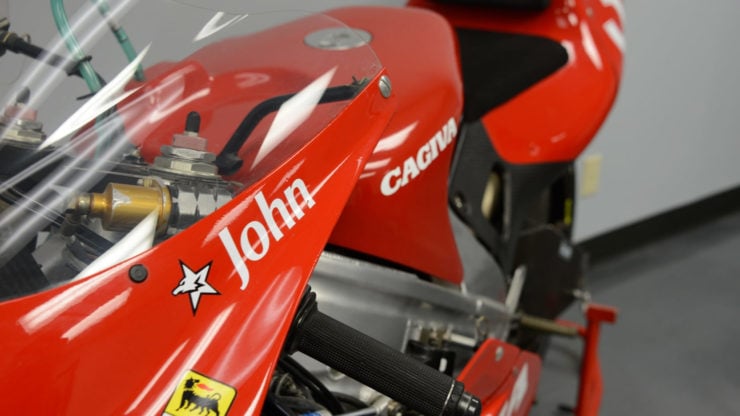 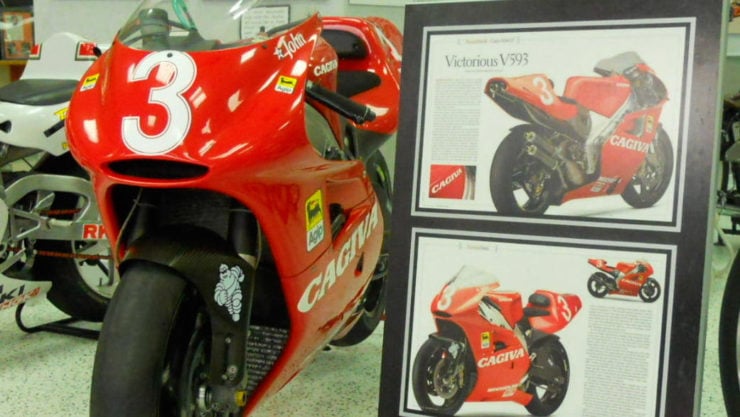 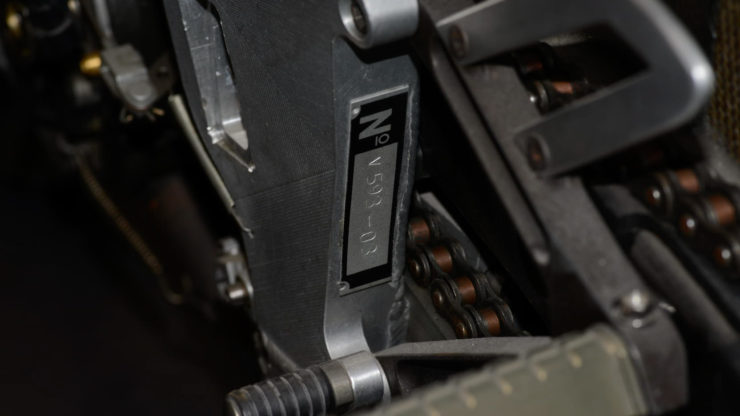 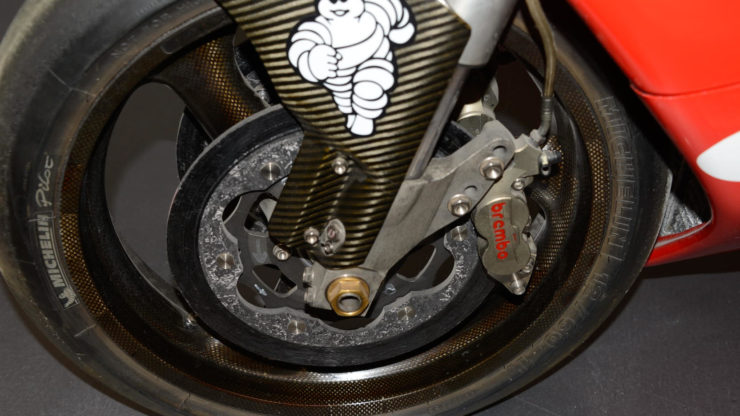 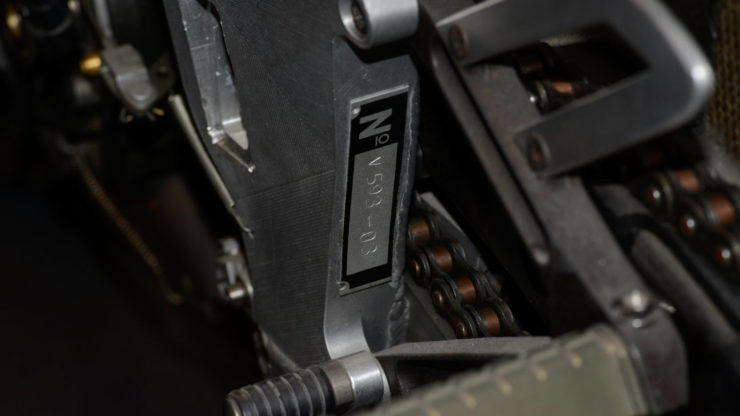