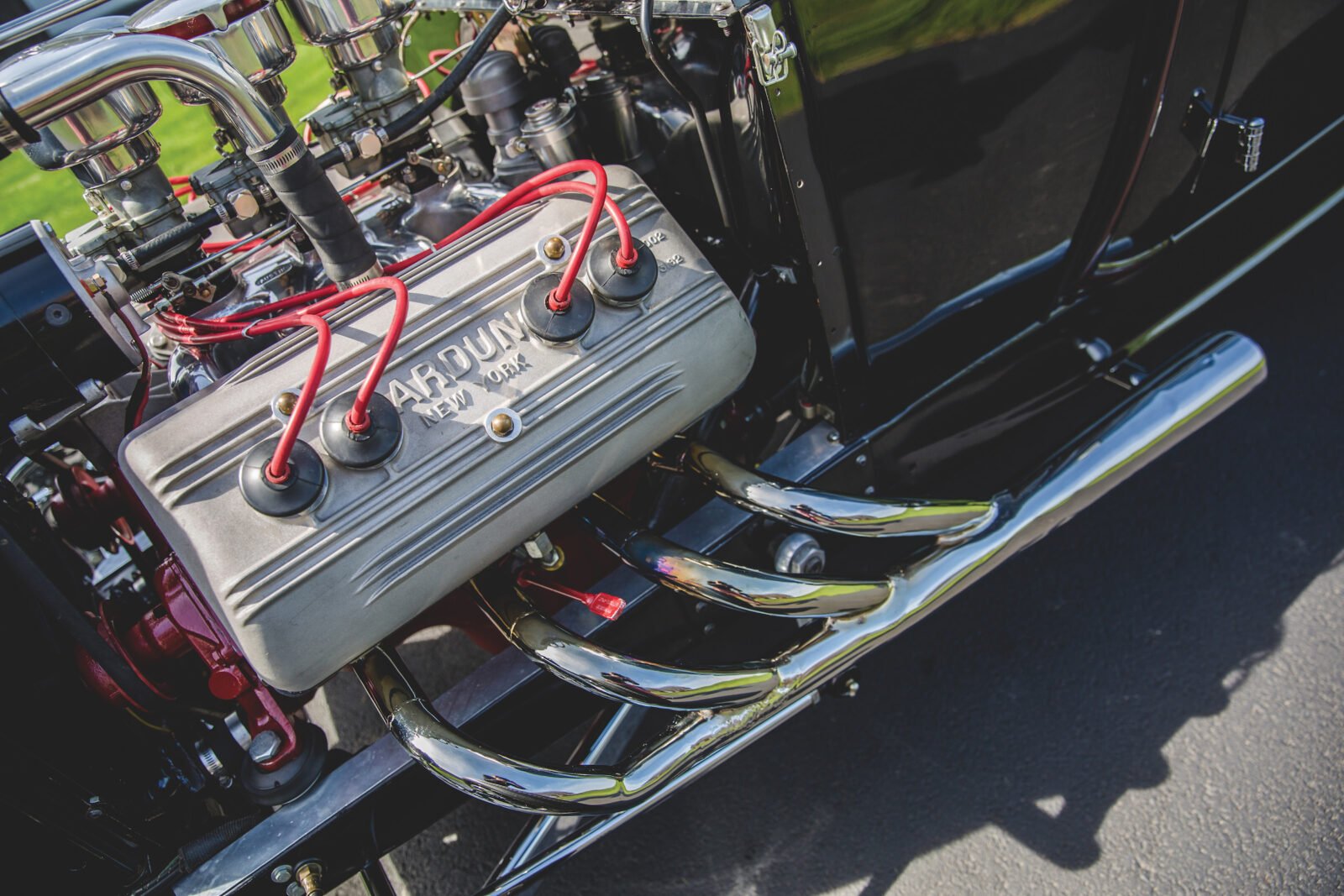 The 1932 Ford “Blue Boy” Roadster is about as close to the perfect highboy hot rod as we’re ever likely to see. It was conceived by industrial designer Jack Boxstrom and constructed over a two year period by the highly-regarded Longley Restorations, specialists in post-war traditional hot rod building.

The build started with an original (and rare) 1932 frame acquired from Mark Martin’s Daytona Beach museum, this was paired with a 1929 Brookville body – loved by hot rodders for its more shapely lines than the original ’32 Ford body.

When building a hot rod one of the key decisions is whether to channel the body allowing it to sit low on the original frame, or to mount it sitting on the frame – when using this latter method the hot rod is called a “highboy”.

Nicknamed “Blue Boy”, this hot rod was built as a highboy with a genuine Moredrop axle, Ardun heads on a Ford Flathead V8, lakes-pipe exhaust headers, a 1931 Chrysler dashboard, B-17 style seats, and a beautifully appointed leather and alloy interior. 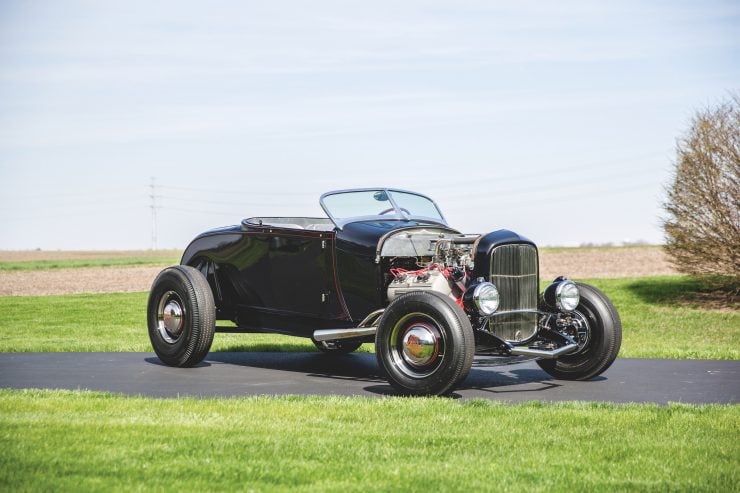 Longley Restorations painstakingly built the car using period-correct parts, following Boxstrom’s original design to the letter. In the years since it was completed the engine was actually removed and used as a museum display piece, with the car then being fitted with an alternative Flathead V8.

Fortunately, a more recent owner managed to buy the original Ardun Flathead from the museum and re-fit it to the car – bringing it back to original condition. Blue Boy is now due to be auctioned by RM Sotheby’s on the 22nd of June as part of the Dingman Collection, and the estimated hammer price is between $80,000 and $100,000 USD.

If you’d like to read more about the car or register to bid you can click here to view the listing, alternatively you can scroll down to read a little more about the history of the Ardun heads. 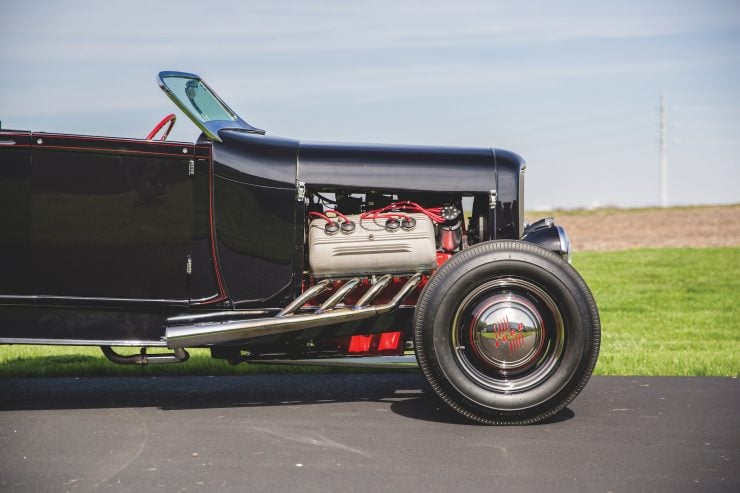 The fundamental design of the famous Ford Flathead V8, with its side valves and the associated problems that come with them, was largely solved by Zora Arkus-Duntov and his brother Yuri in 1947.

Under contract from Ford to increase the efficiency and power of their Flathead truck engines, the brothers created of a pair of aluminum alloy overhead valve heads that could be fitted to the Flathead V8, and immediately increase power and torque by over 50%.

The head became known as “Ardun Heads” after the name of the company, Ardun Mechanical Corporation, which itself was a contraction of Zora and Yuri’s surname – ARkus-DUNtov. 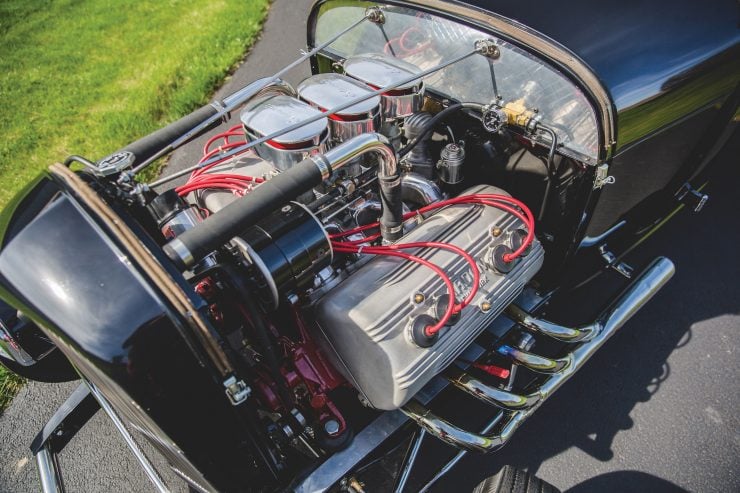 Although only approximately 250 of these heads were originally made, they became well-known in the burgeoning American hot rodding community. Despite the fact they had been designed for truck engines, hot rodders realized they could squeeze 200-300+ hp from the modified Flathead V8s when fitted with Ardun heads.

In 1951 an Ardun-equipped Ford set a new land speed record of 162.61 mph on the salt flats at Bonneville – forever cementing the heads into the record books and only adding to the desirability of the rare original castings.

Zora would go on to work at Chevrolet, and is today remembered as the godfather of the Corvette. His heads have re-entered production, with some improvements under the valve covers, and can now be fitted to newly built Flathead V8s, just like they were back in the 1940s. 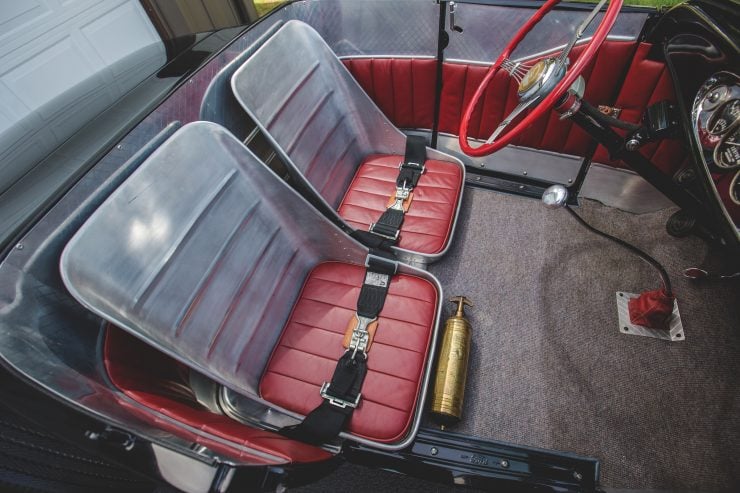 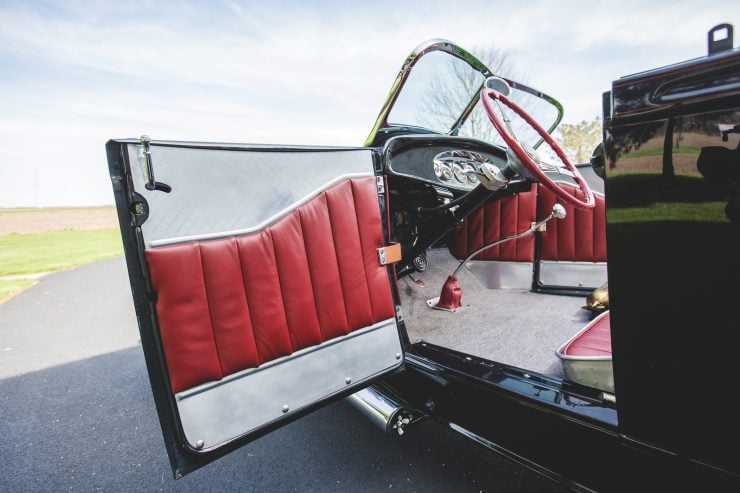 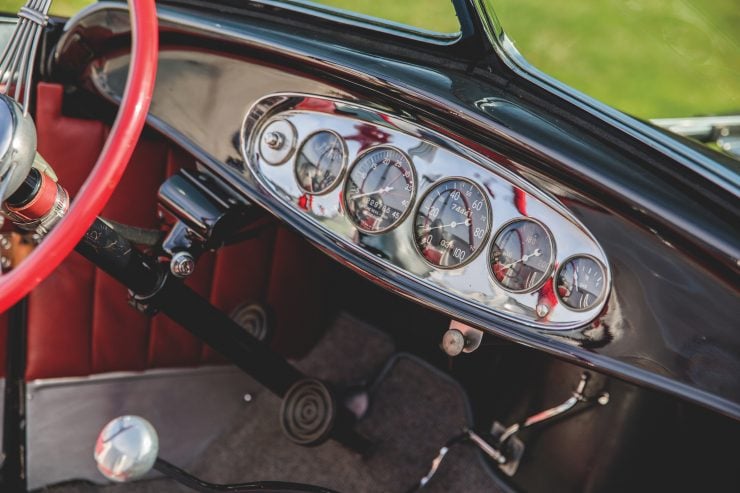 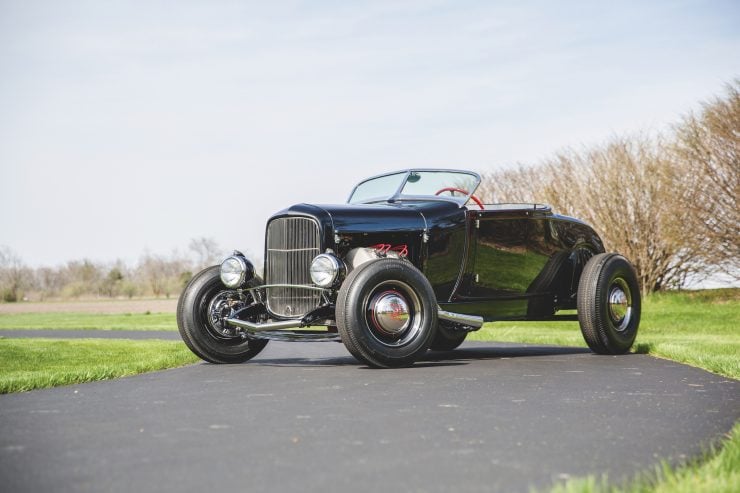 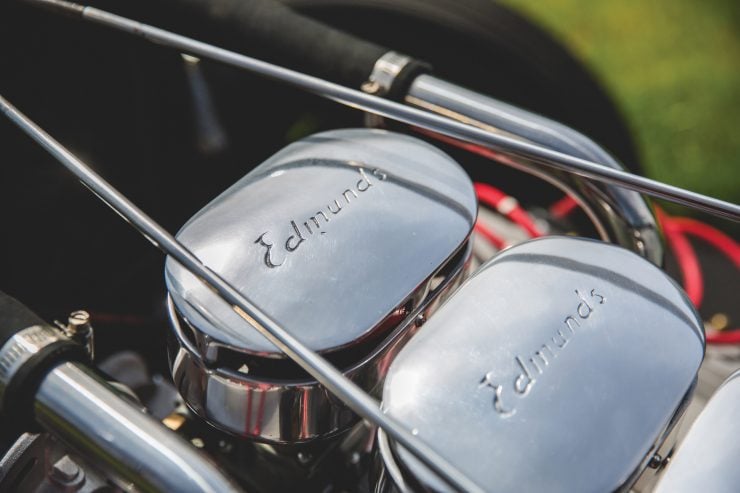 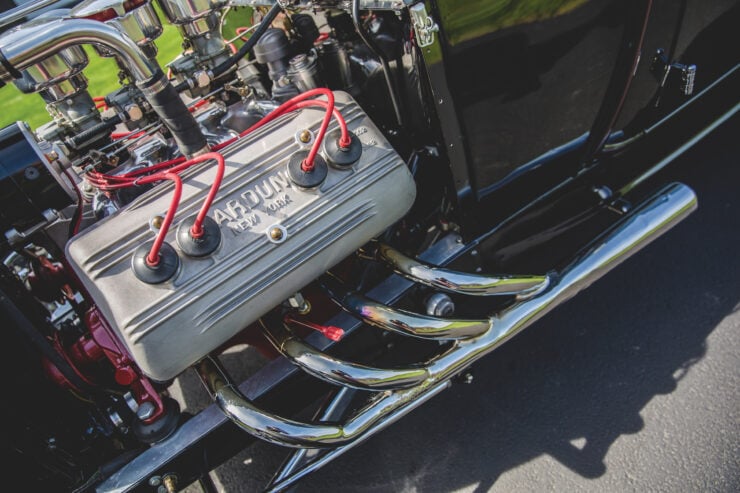 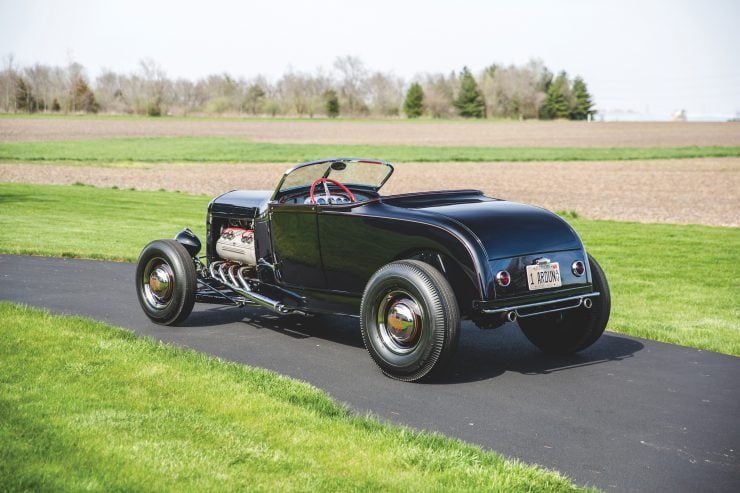 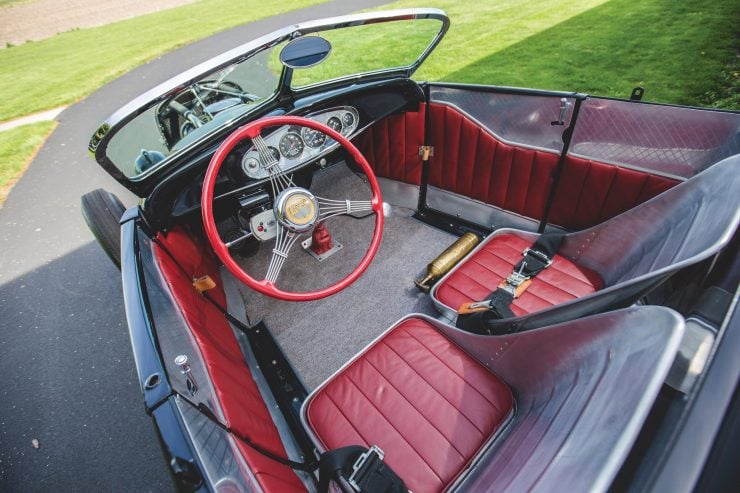 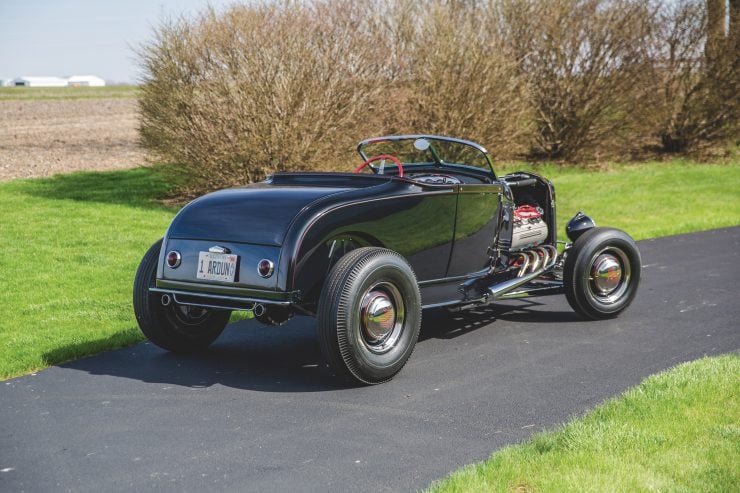 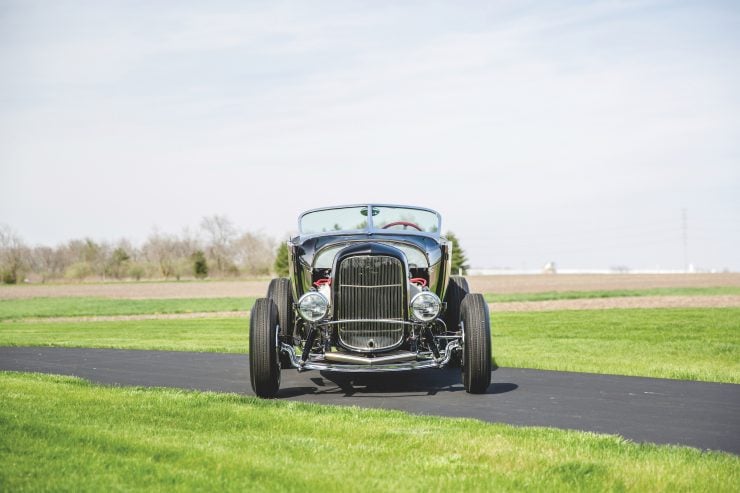 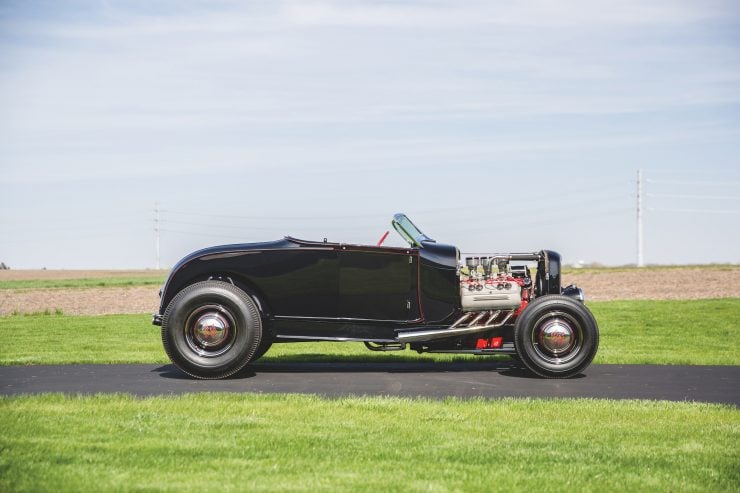 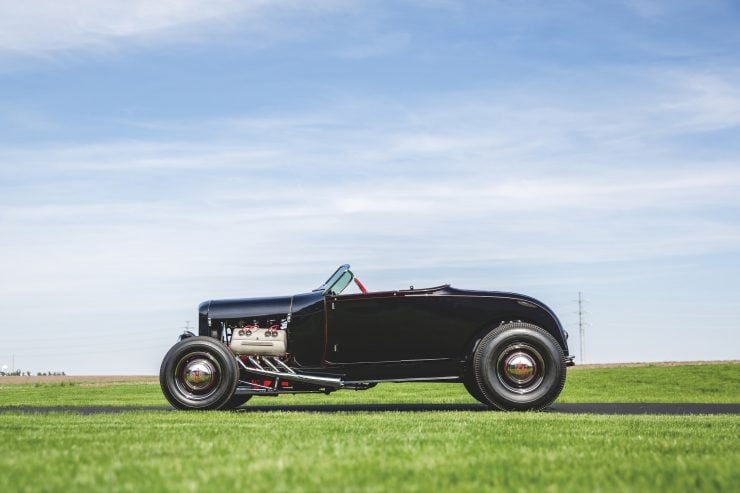 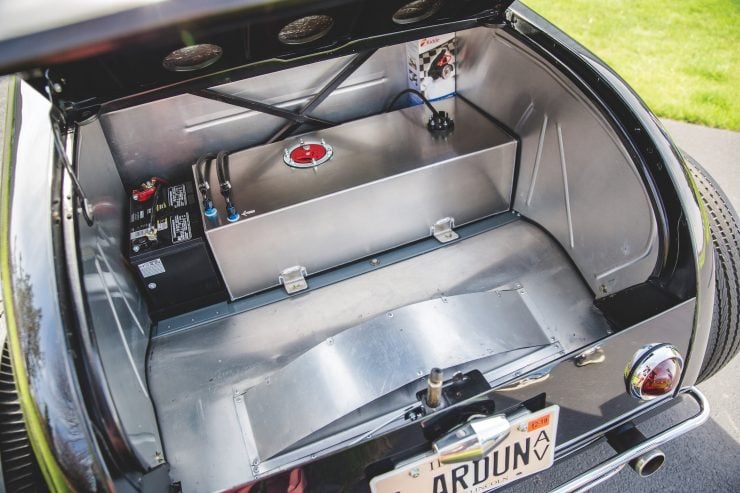 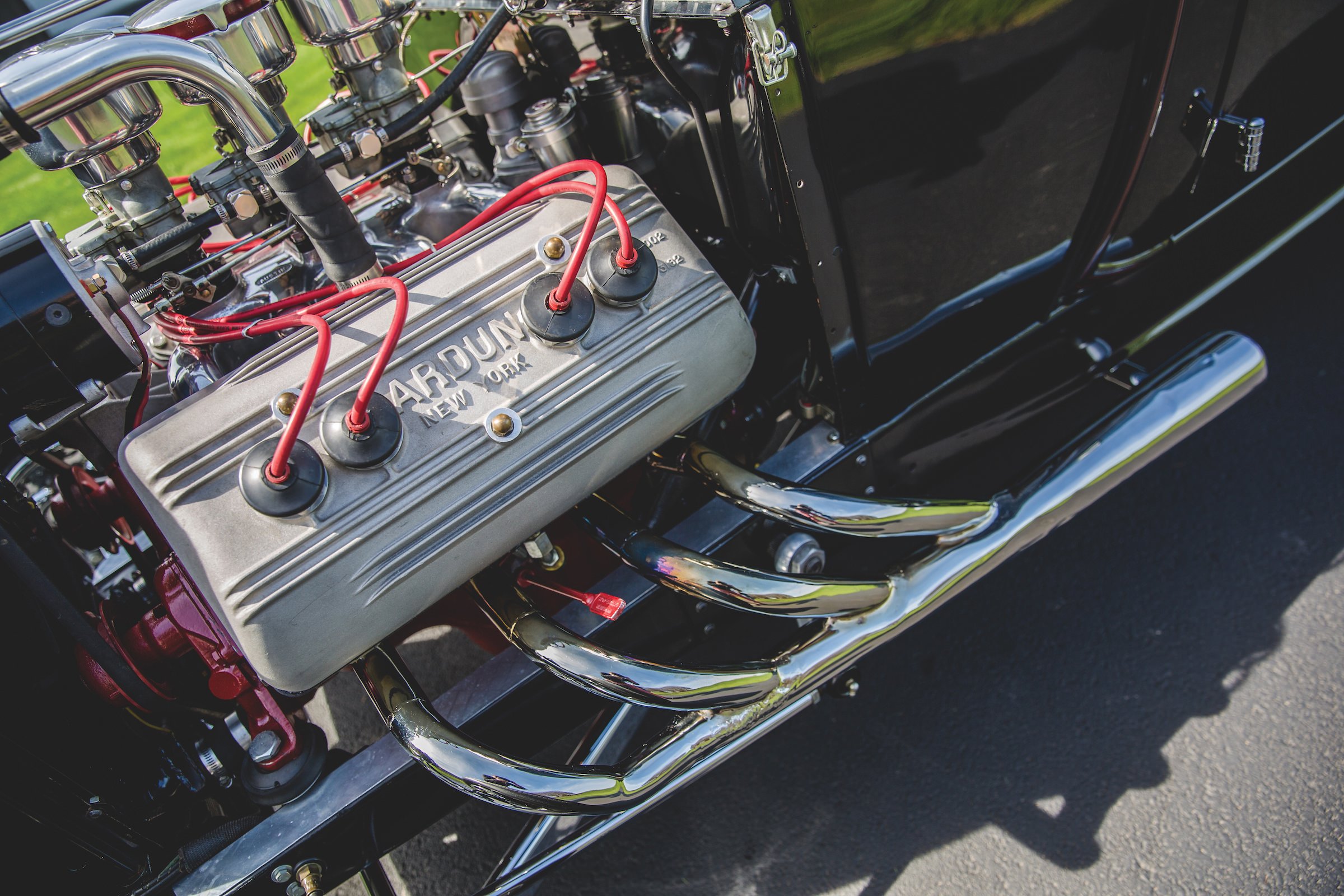