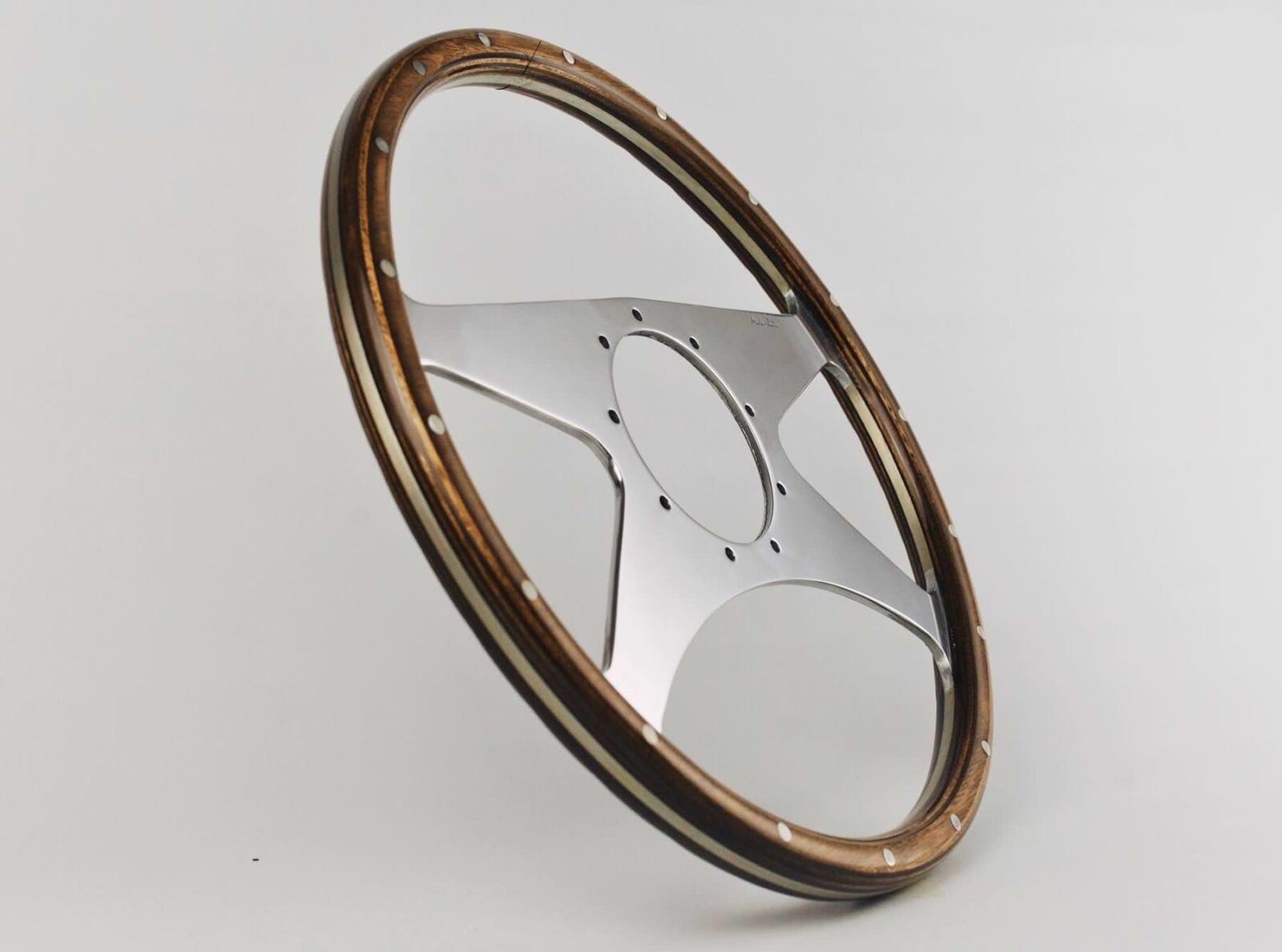 Moto-Lita is a British company with a fascinating history, it was founded by Simon Green, who had started working at the iconic Cooper Car Company at the age of just 14. His attention to detail was immediately apparent, as was his ability to work with wood and metal – so they set him the task of building the steering wheels that would be fitted to all Cooper cars.

After working at Cooper, Connaught Engineering, and Hersham & Walton Motors (HWM), Green set out by himself, establishing his own company in an abandoned chicken shed on a farm in Esher.

Before long he was so busy he needed to bring on staff, not long after this he received a lucrative contract to make steering wheels for Aston Martin. Over the next few years he took on contracts for AC Cars, Carroll Shelby (for the Shelby Mustang), Austin Healey, Caterham, Chevron, Cooper, Excalibur, Jaguar, Jensen, Lister, Lola, MG, Opel, Panther, Rolls-Royce, Rover, TVR, Vauxhall, Morgan, as well as Penske, Lola, Chevron, and March.

The Eagle 4 is a woodrim steering wheel from Moto-Lita created in the style of some of their earliest designs. It has 4 sturdy spokes for excellent rigidity, with a laminated and riveted wooden rim, a polished finish, and a Moto-Lita 9 Bolt fitting. It can be ordered in a two levels of thickness, and in your choice of dark brown or mid-brown. 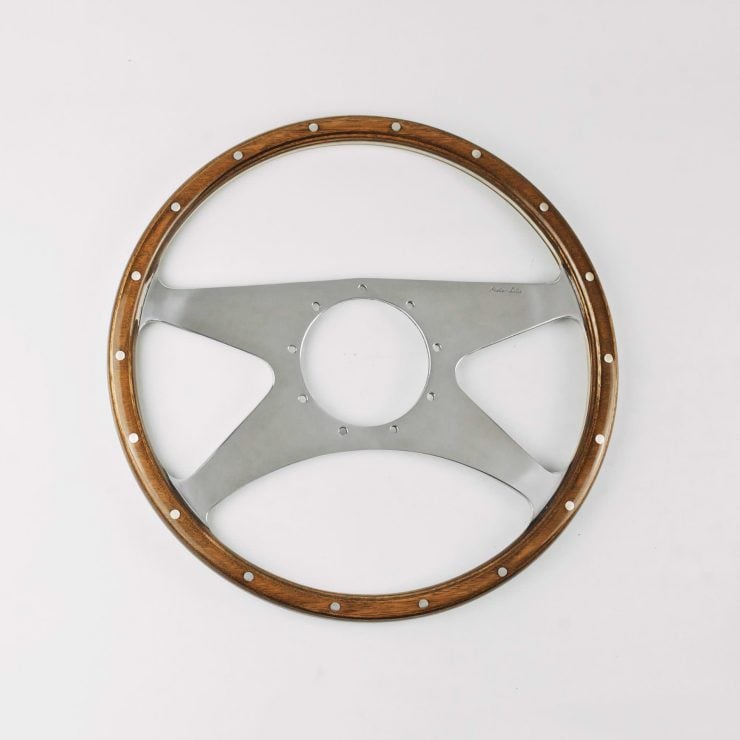 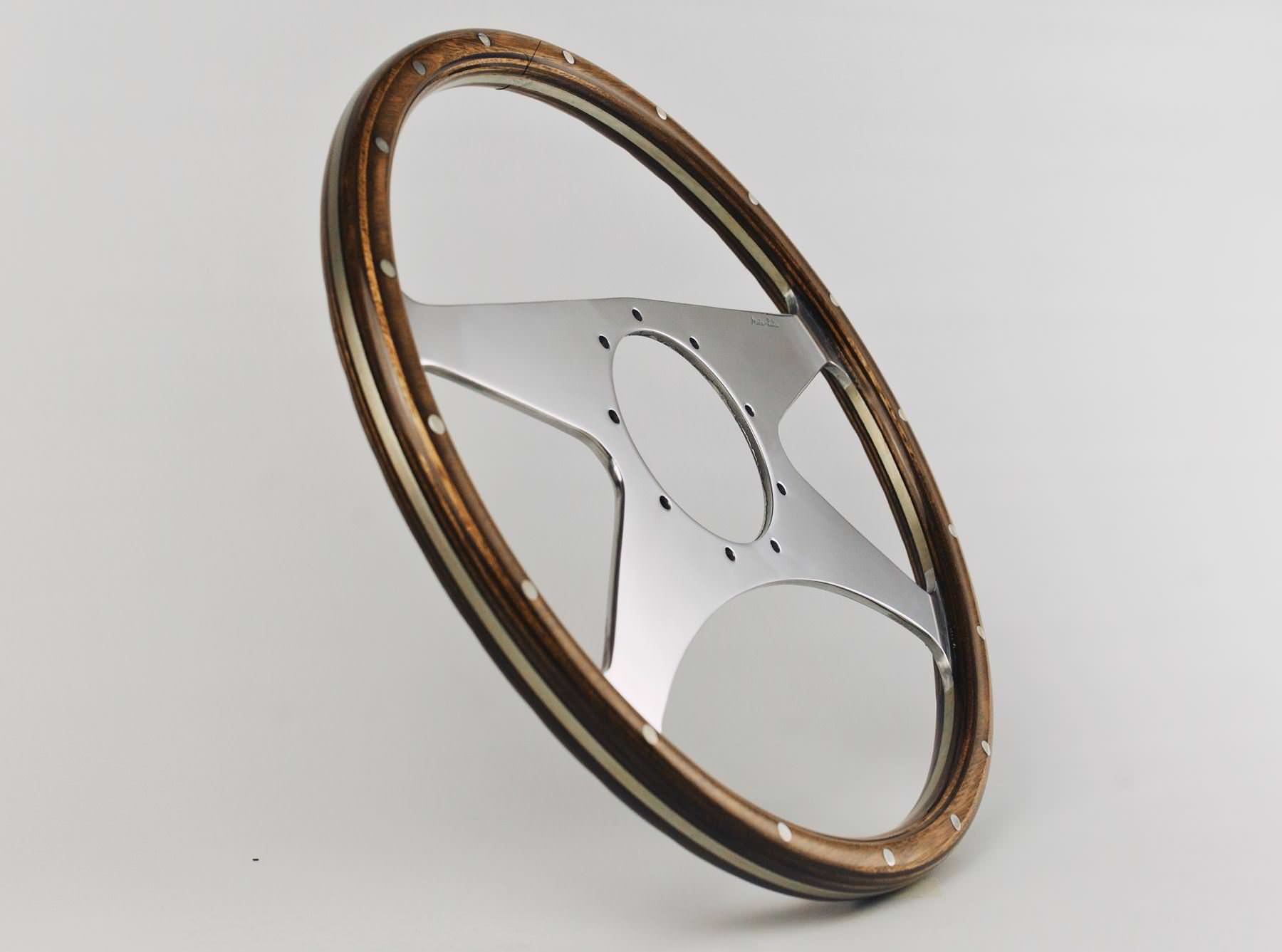