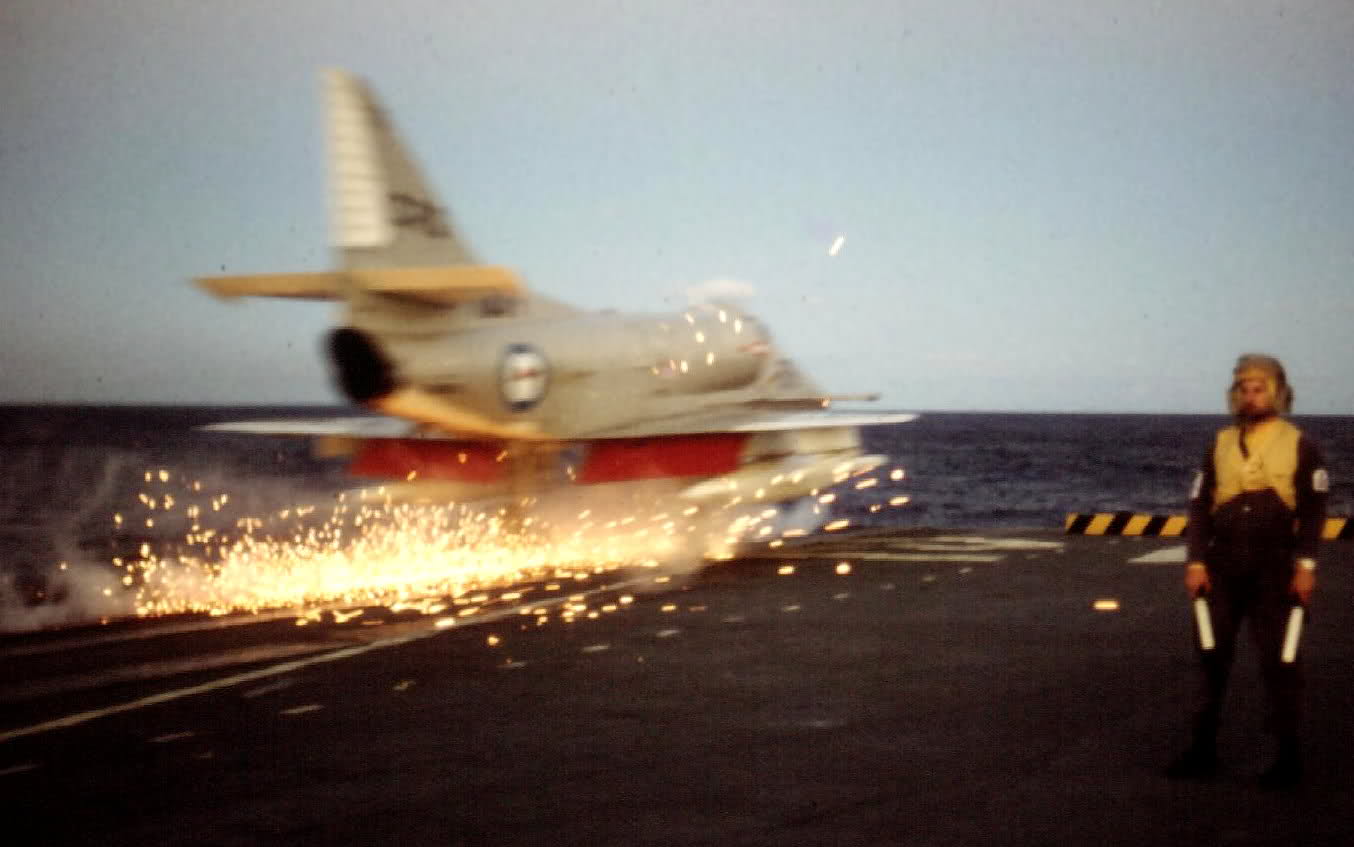 This is one of those photographs I can spend few minutes looking at, the sparks and the sense of motion carry through the lens so well in some images and this is a great example.

Update: We received the following information from Ray Brauer.

We were embarked in the carrier HMAS Melbourne which was steaming toward Sydney from RIMPAC78 Rim of the Pacific USN hosted exercise of which ‘Melbourne’ participated in every one during her period as RAN Flagship from the inaugural event in ’71 through to ‘the 80’s.

The photograph then, which you have entitled ‘Fighter Jet Landing’, actually depicts A4G Skyhawk # 887 Bu.No. [N13] 154908 having performed a ‘touch and go’ aka ‘bump ‘n’ jump’ during which the main landing gear wheel separated from the aircraft and bounced into the ocean. At the moment of capture of this shot the person standing on the flight deck is not aware of anything that is happening behind him since he cannot hear anything but engine roar and, of course, can’t see where his eyes cannot look.

Incidentally, the pilot, Lieutenant Barry Evans, is also unaware at this point that he’ll be sleeping ashore tonight because he is unable to see round corners either. For reference the black and yellow section is the leading edge of the flight deck so Barry will momentarily be airborne again though less one wheel.