The FIAT S61 was astonishingly advanced for its time, it was designed and built in 1908 with a 10 litre (589 cubic inch), 4-cylinder engine, a single overhead cam, 4 valves per cylinder, 4 spark plugs per cylinder, and approximately 130 bhp.

Just five were built in 1908 for the FIAT Racing Team, and some of them traveled quite extensively for competition duties. The car you see here is thought to be one of the only surviving examples – it won the American Grand Prix in Milwaukee on the 5th of October 1912, with American driver Caleb Bragg at the helm.

Starting the gigantic engine that sits under the hood louvers of the FIAT S61 is a bit of an undertaking – you need to individually open each of the brass taps and prime each cylinder with petrol, then engage the ignition, give the pneumatic fuel-pressure pump a few vigorous plunges and find a friend with a vehicle to push you along for 10 meters or so, so you can bump start the motor.

This short film is the work of FCA Heritage (Fiat Chrysler Automobiles), a wing of the larger company dedicated to the restoration, preservation, and certification of classic Fiat-family automobiles. If you’d like to see more of their work, you can click here to visit the website. 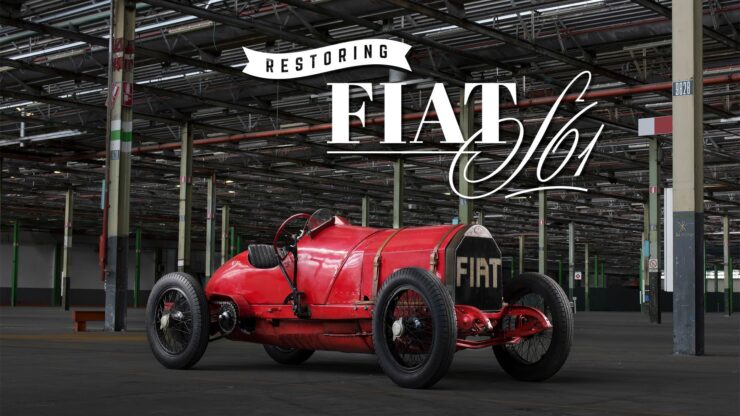