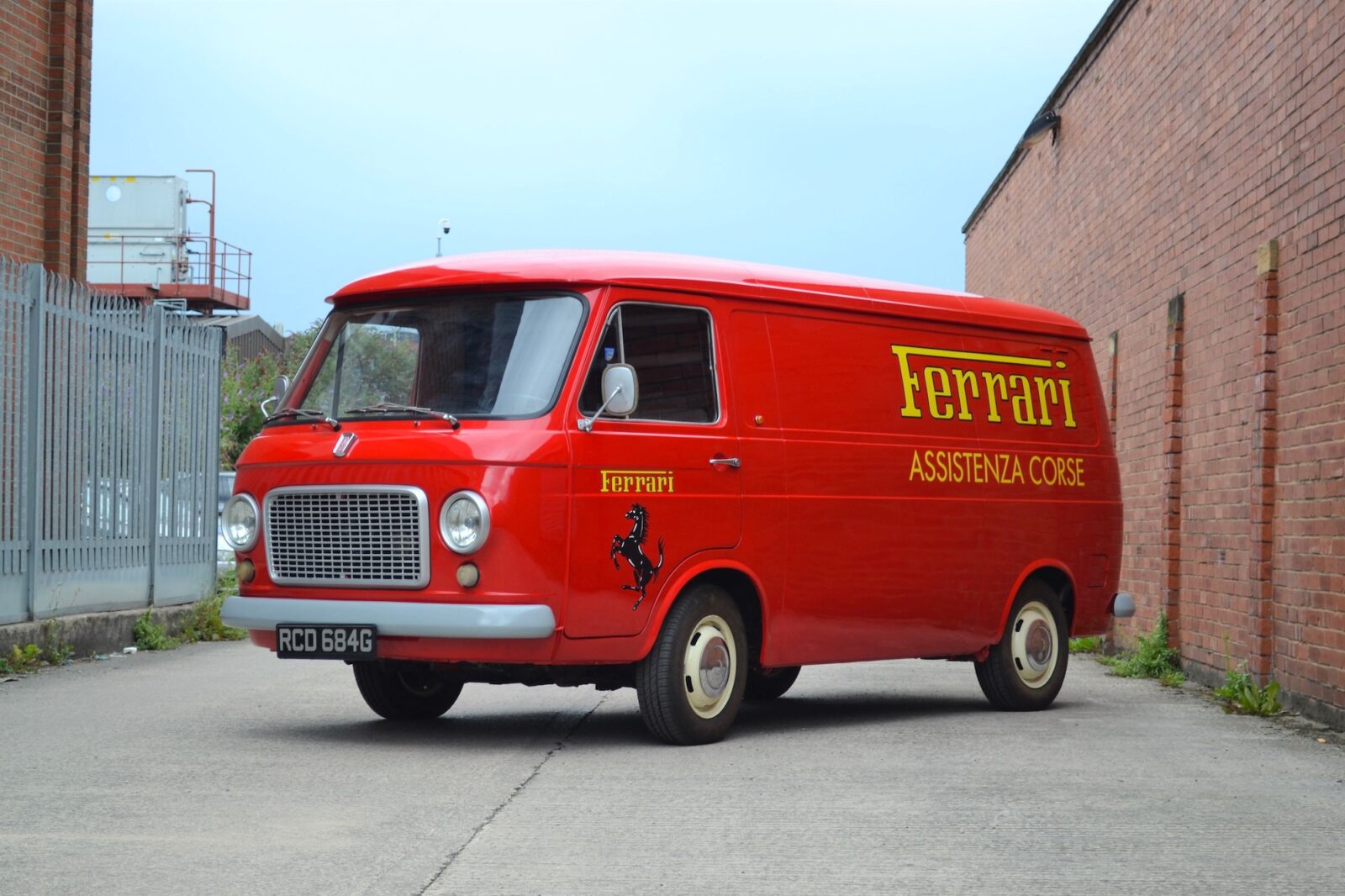 This humble Fiat 238 B van is finished in period-correct “Ferrari Assistenza Corse” livery, these Fiat vans were frequently by racing teams and by Ferrari dealerships for roadside assistance and the transportation of parts.

Fiat took a 50% stake in Ferrari in 1969 as work began on a factory extension to build the Ferrari V6-engined Fiat Dino.

The two companies sold their own versions of the Dino with the same V6 under the hood, and Fiat’s injection of capital was instrumental in keeping Ferrari in business throughout the difficult years of the 1970s.

When it was released in 1967 the Fiat 238 offered a locally made van to Italians that would rival the similar vehicles coming out of Germany and Britain – vans like the VW Kombi and the Ford Transit. 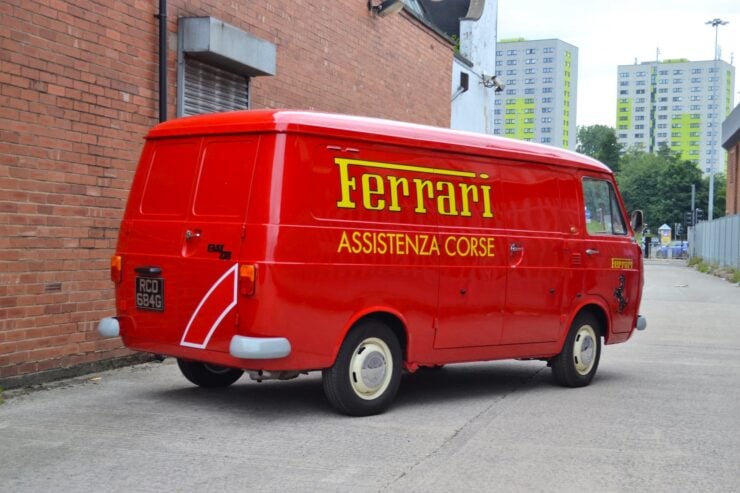 During its restoration this 238 van was given full Ferrari Assistenza Corse livery, this means “Ferrari Racing Assistance” in English and it would have been used by Ferrari racing teams in the period.

In order to save money and reduce the development time the 238 is based on the front-wheel drive Autobianchi Primula platform and it’s powered by the Fiat 124 inline-four cylinder engine.

Suspension and brakes were relatively simple, as you would expect for a commercial vehicle from the 1960s, with drum brakes on all four corners, a transverse leaf spring up front, and a torsion bar arrangement in the rear.

A wide variety of body styles could be built onto the Fiat 238 platform including a variety of vans of course, as well as ambulances, trucks, passenger transport, and more. The use of front-wheel drive gave the 238 a low, flay rear floor area with was ideal for cargo, however it also made it well-suited to camper conversion.

A number of different companies offered camper builds on the 238 and the surviving examples are now considered highly collectible as the van life movement continues to gain steam.

Over the course of its production run Fiat offered a few engines in the 238, the first was the 1,197cc petrol engine, a simple inline-four cylinder producing 43 hp. In 1975 the larger and more powerful 1,438cc engine producing 45 hp and more torque, though a 51 hp version of this engine was available only in ambulances. 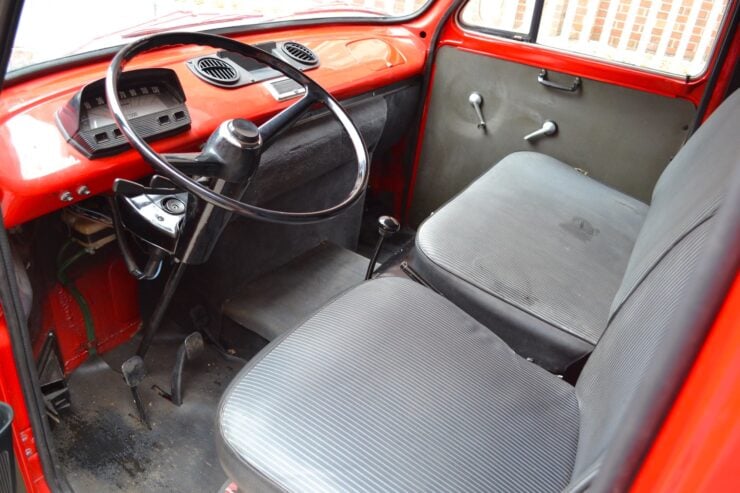 The spartan interior has seating for three and the engine is accessible inside the driver’s compartment.

The 238 was replaced with the Fiat Ducato in the early 1980s and the Ducato has been sold over three generations, remaining in production today.

The 238 you see here is a 1969 model that I thought to have been originally finished in white when it was delivered new to its first owner in Italy. It’s fitted with the 1,197cc four-cylinder engine and a manual transmission as you would expect, and its riding on period-correct steel wheels with chrome hub caps.

At some point in the van’s more recent history it was given a restoration, when the original white paint was replaced with the eye-catching Ferrari Assistenza Corse you see it wearing today.

Vans like this will appeal to a lot of people, it’s possible that it’ll sell to someone who races vintage Ferraris or to a specialist workshop that provides maintenance and restorations for Ferraris from the ’60s and ’70s.

If you’d like to read more about it or register to bid you can click here to visit the listing on H and H Auctions. It’s due to roll across the auction block on the 8th of September and it’s being offered with no reserve. 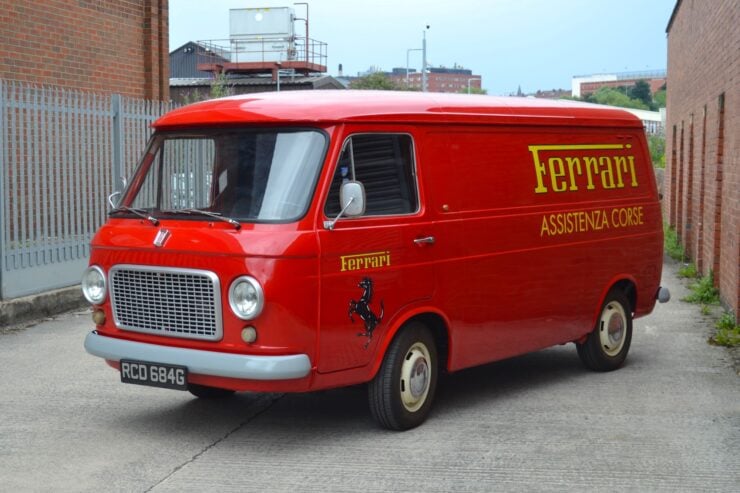 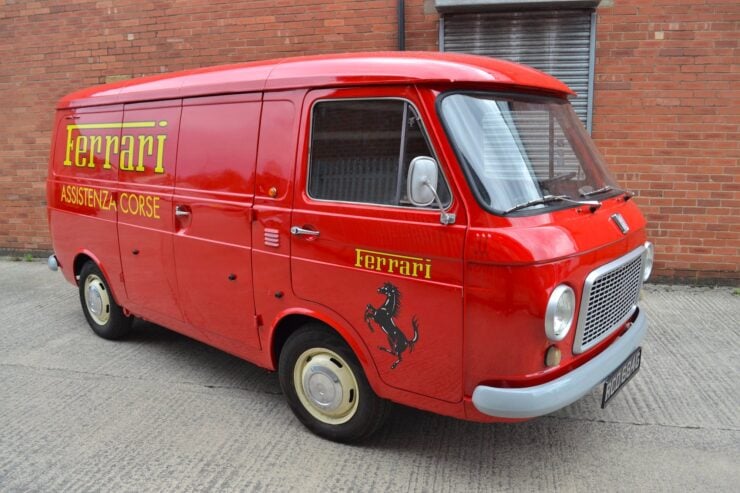 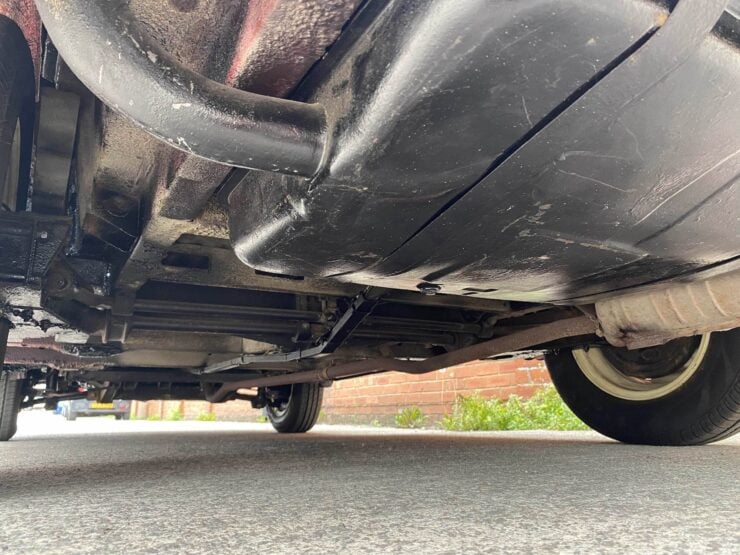 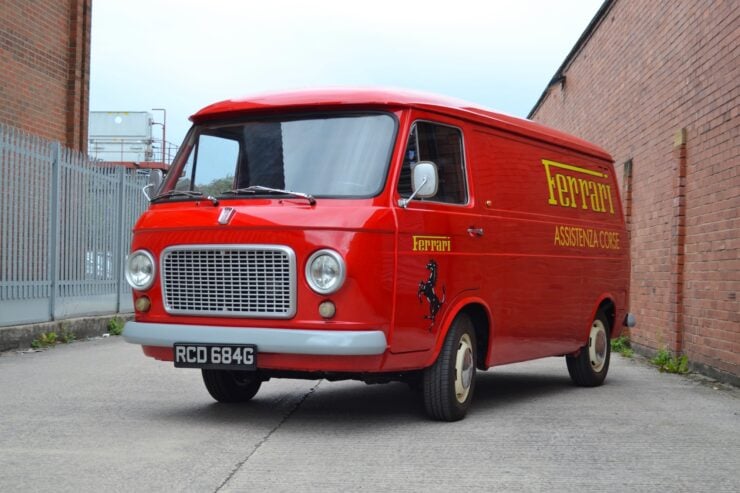 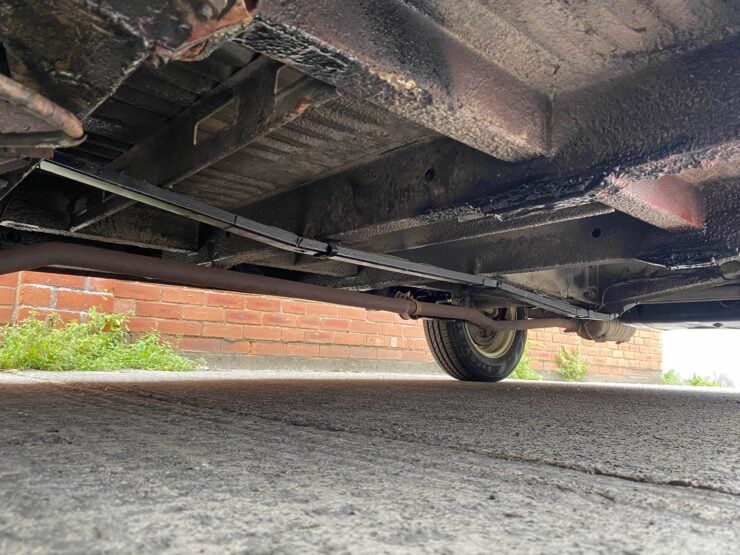 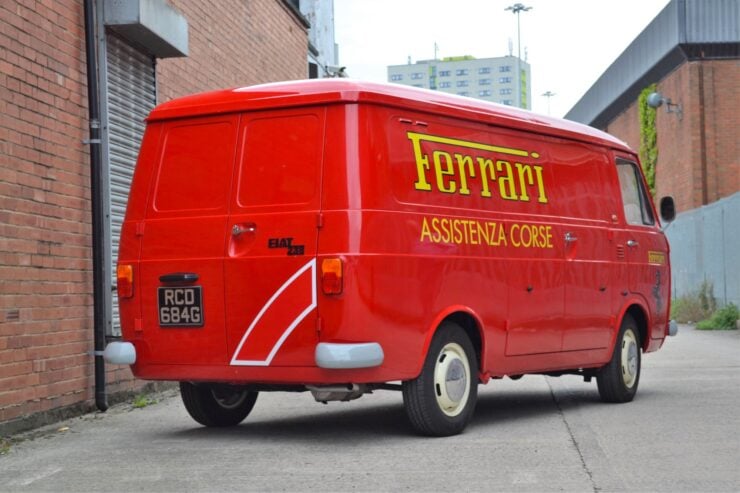 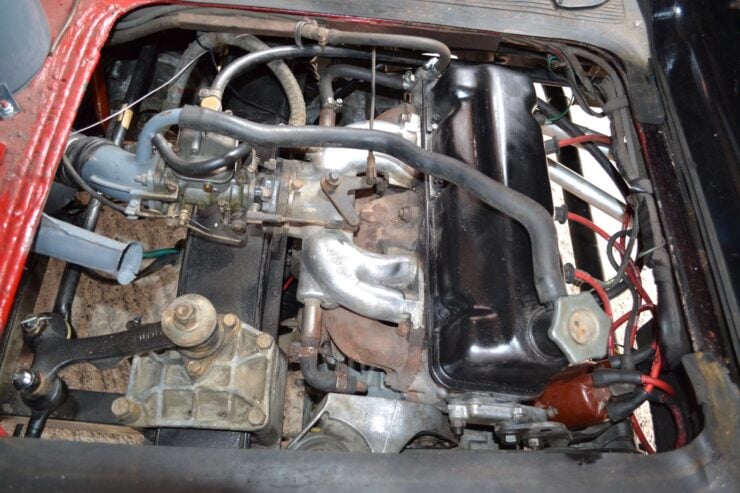 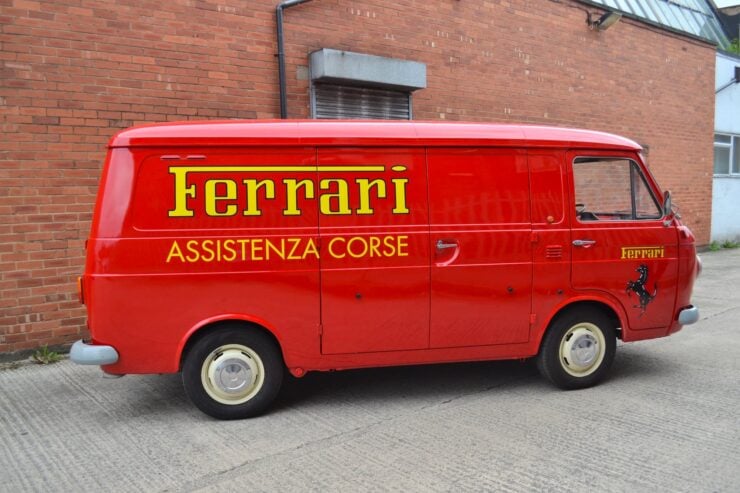 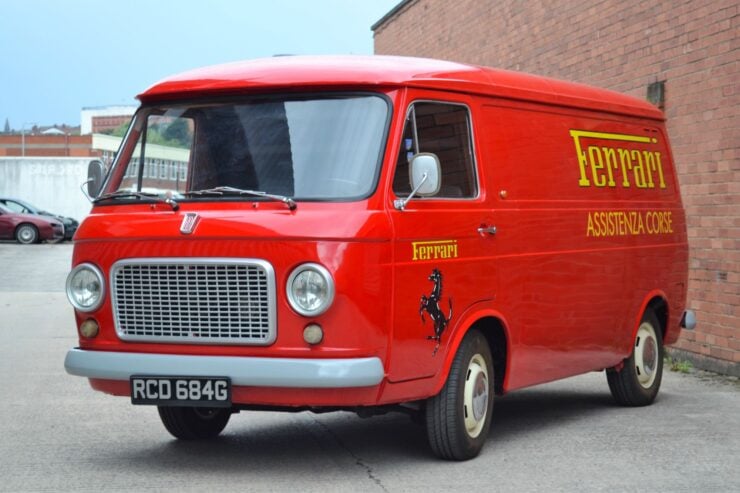 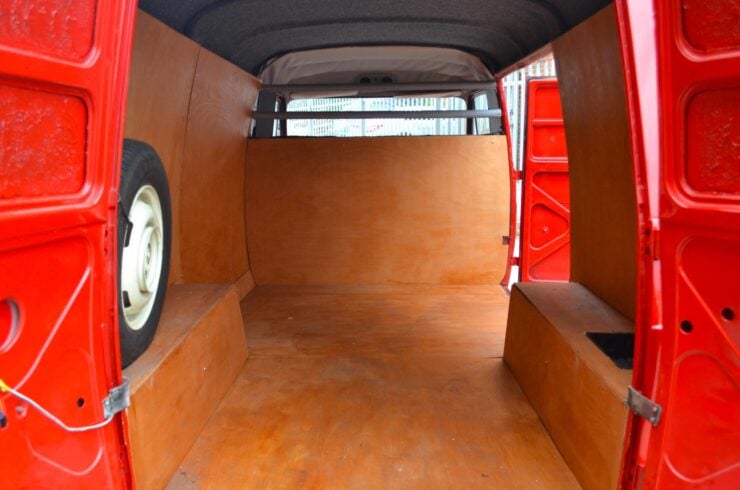 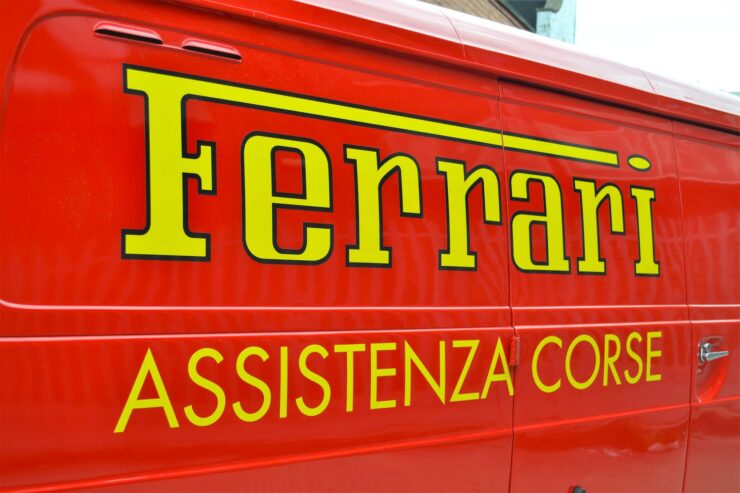 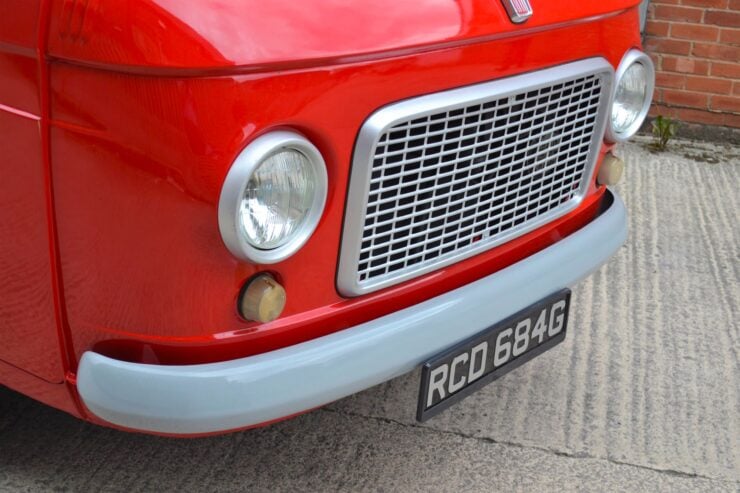 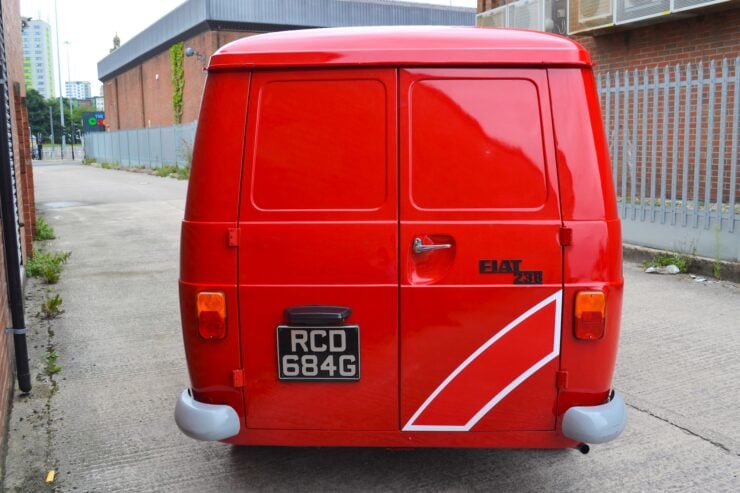 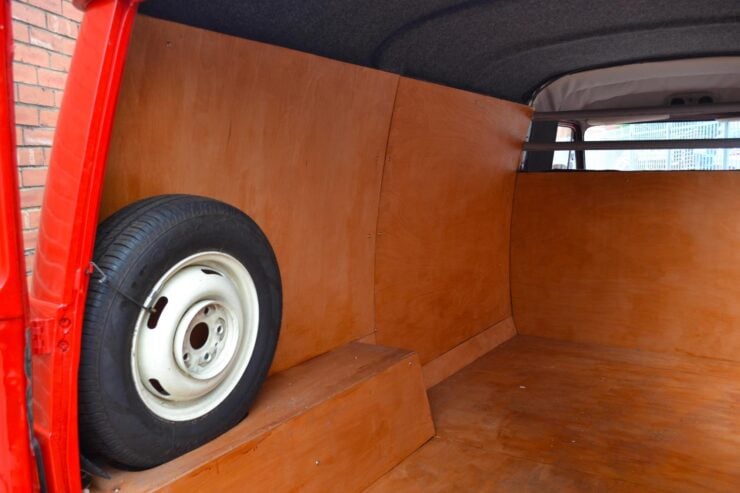 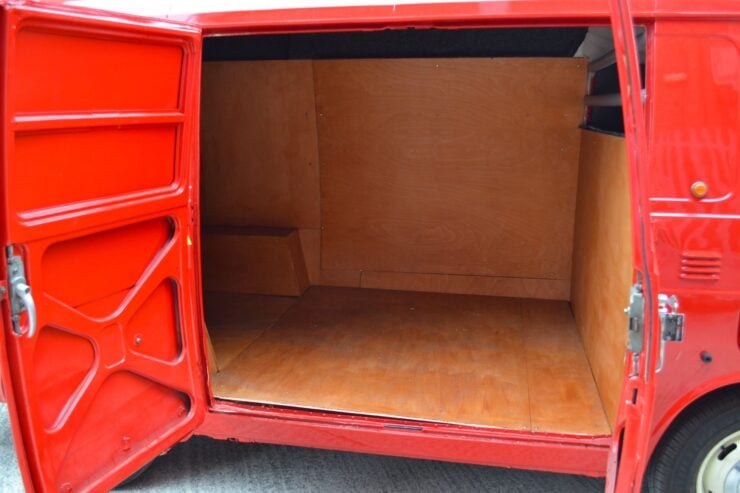 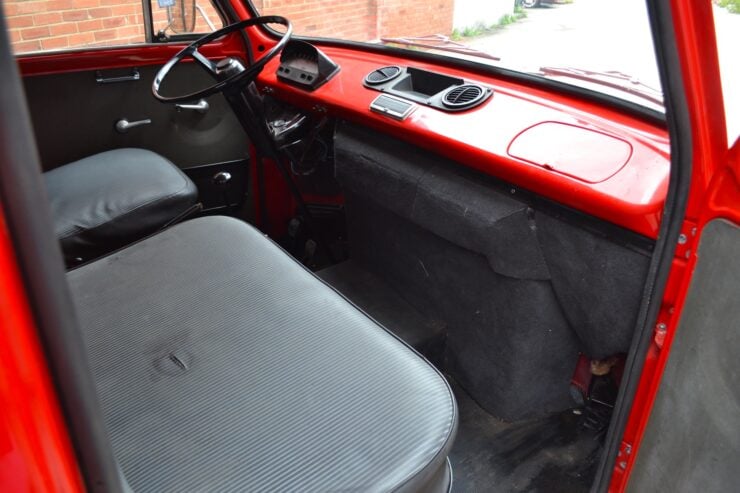