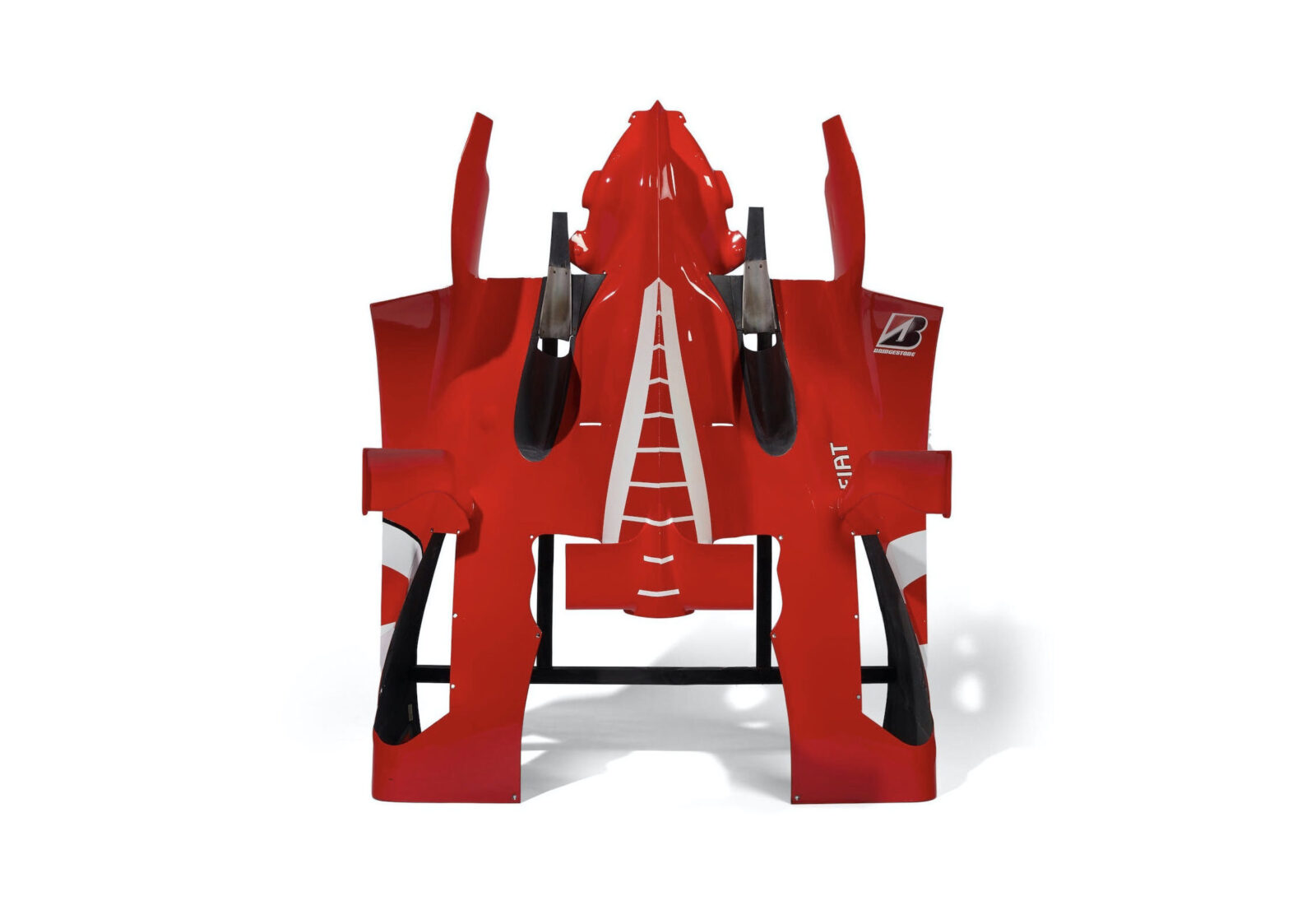 This is an engine cover from the Ferrari F2004 Formula 1 car that was driven by multiple World Champion Michael Schumacher in the 2004 season.

The engine cover is carbon fibre and it’s fitted to a wooden support frame (painted black to match) which allows it to stand freely on the floor or to be wall/roof mounted. 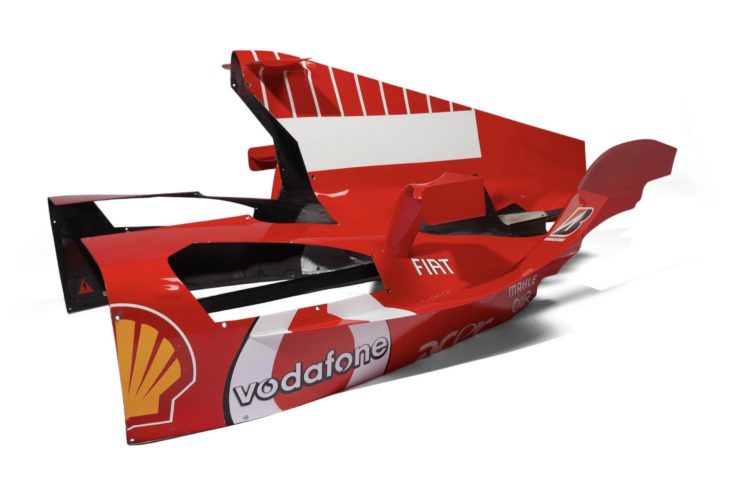 It measures in at 68.25 inches long, by 55 inches wide, by 32 inches high. The weight isn’t listed but it’ll be deceptively light due to the materials used in its construction. It’s finished with the original sponsorship decals and livery from that 2004 season which will be immediately recognisable to any F1 fan.

It’s due to cross the block with Bonhams on the 5th of March at the Amelia Island Auction with an estimated value of between $1,500 and $2,500 USD. If you’d like to read more or register to bid you can click here to visit the listing. 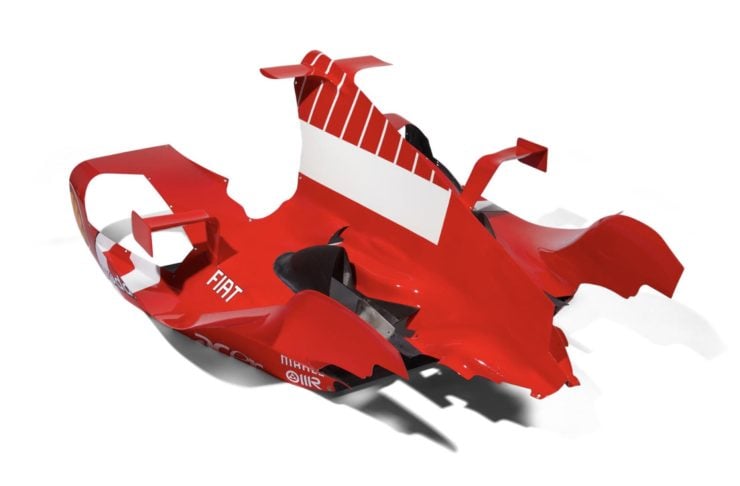 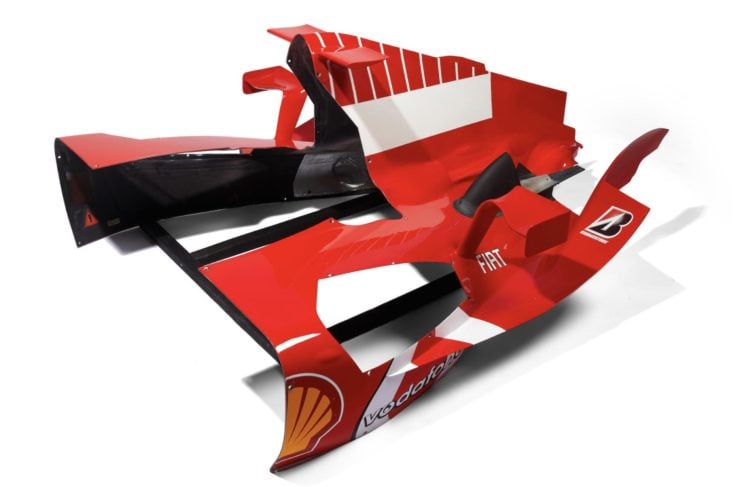 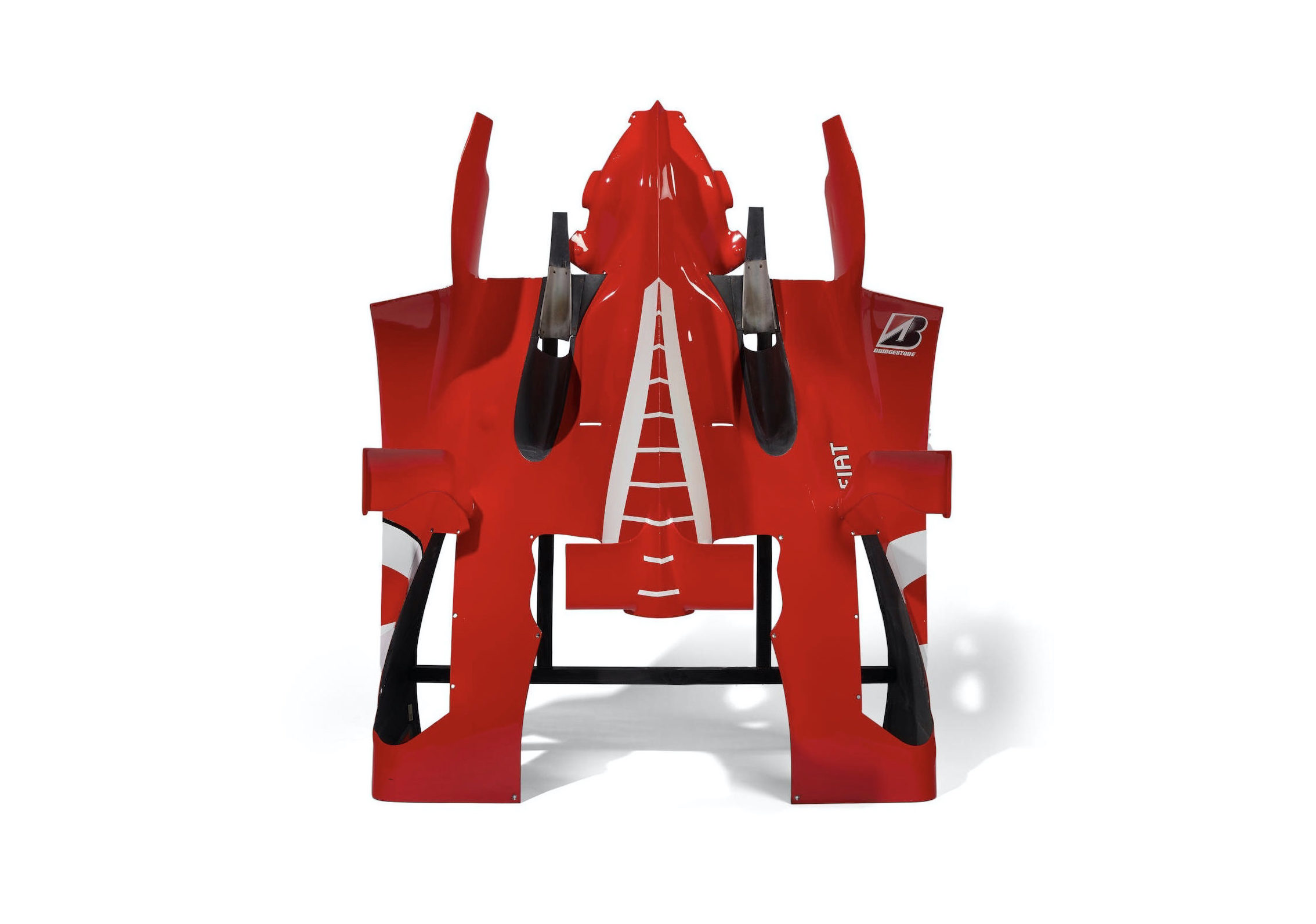