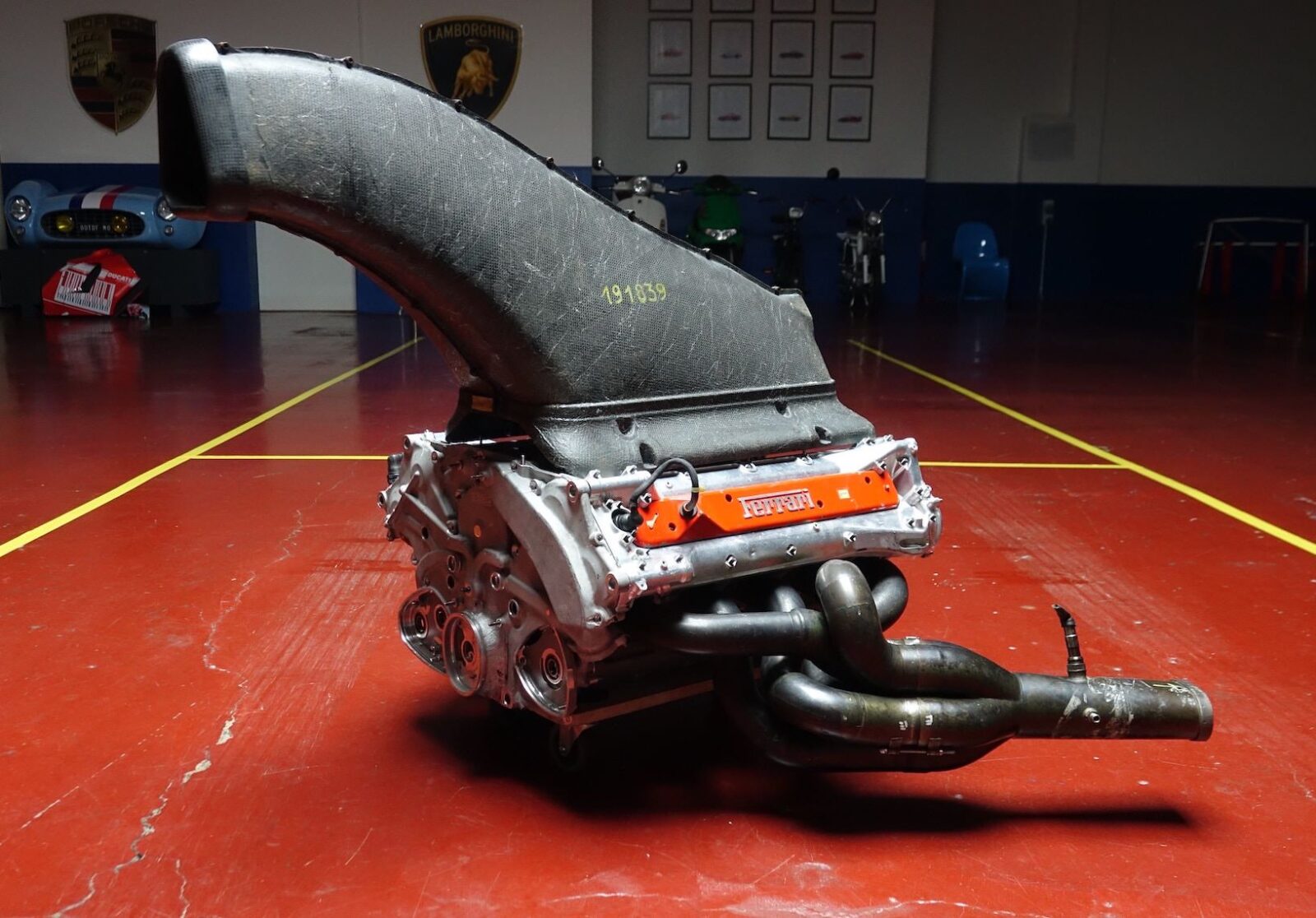 As the model name implies, the Ferrari F2003-GA Formula 1 engine was used by the Italian team in the 2003 F1 season. This engine would prove to be a success for Ferrari, winning three of the first four races and taking the Constructors’ and Drivers’ Championships in a battle that came down to the wire.

The engine is largely made from aluminum and magnesium for keep weight as low as possible and power is sent to the rear wheels via a 7-speed semi-automatic sequential transmission and a limited-slip differential. Impressively the car weighed just 600 kilograms or 1,323 lbs. 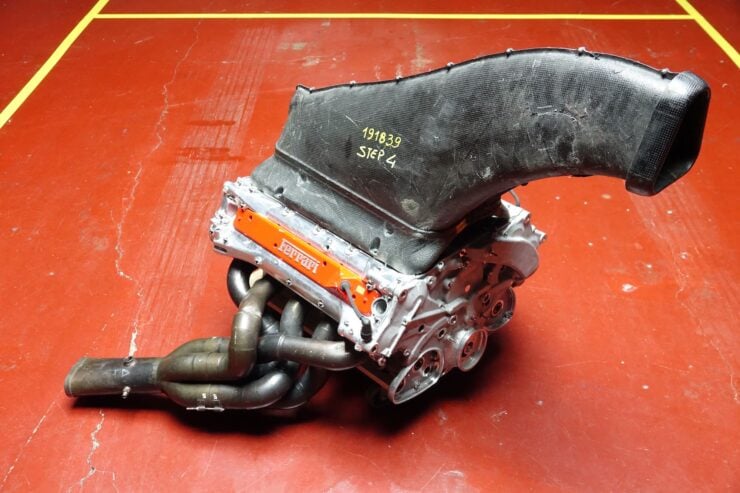 This engine comes without many of its original internal parts, however it does include the original carbon fiber air scoop, and the exhaust manifolds on each side.

The Ferrari F2003-GA was a car with its work cut out for it, the previous four years had seen four Ferrari F1 cars win the Constructors’ crown, but Ferrari’s competitors were getting closer and closer to catching them.

The 2003 Formula 1 season would boil down to a three-way battle between Ferrari, Williams, and McLaren. The championship remained undecided until the final race of the season at Suzuka, Ferrari would triumph thanks to the driving of Michael Schumacher and Reubens Barrichello, with Schumacher besting Juan Manuel Fangio’s 46 year old record of five World Drivers’ titles.

If you’d like to read more about it or register to bid you can click here to visit the listing on Collecting Cars. It’s currently being auctioned live and it’s based in Milan, Italy.

Above Video: This clip shows the highlights of the 2003 Formula 1 Grand Prix in Japan, including ample footage of the classic V10-powered cars being driven in anger. 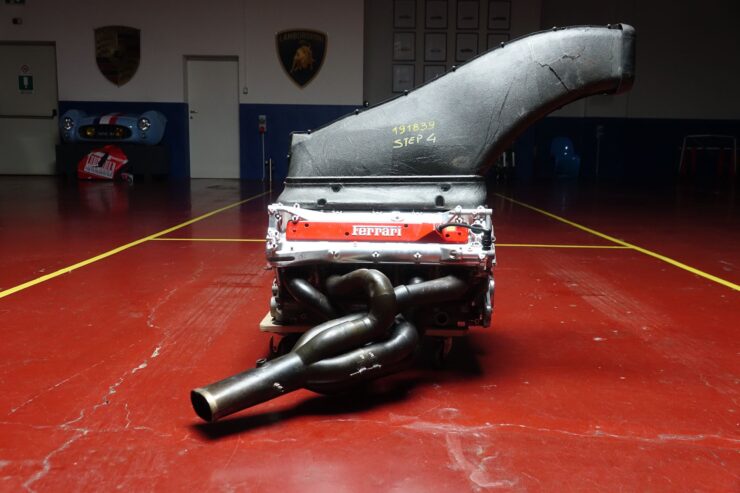 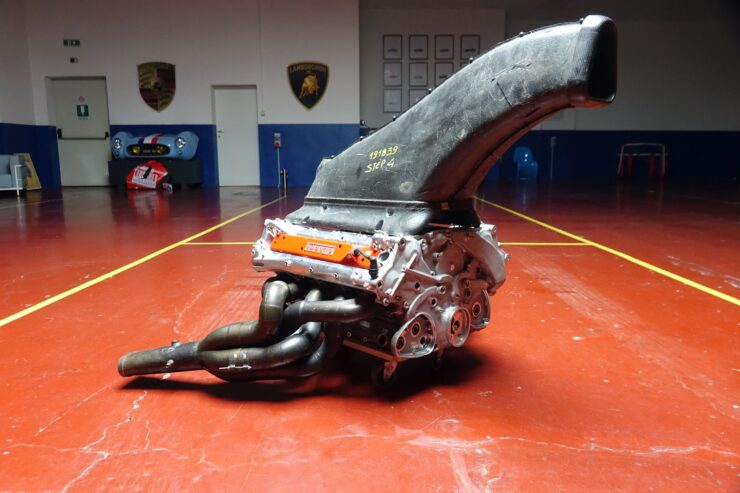 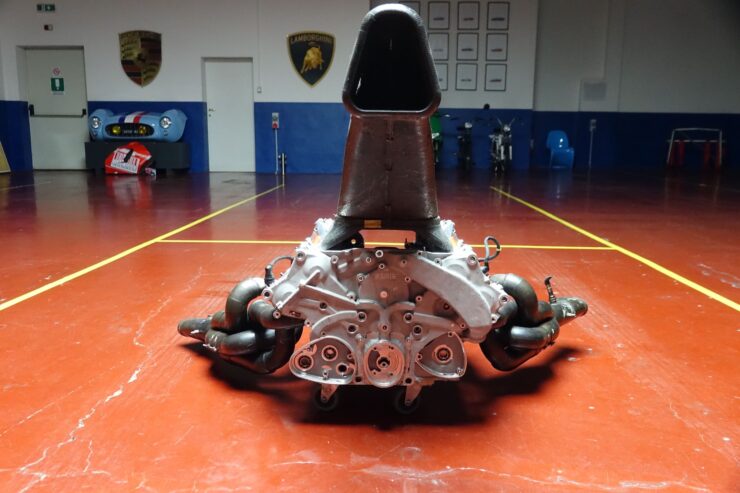 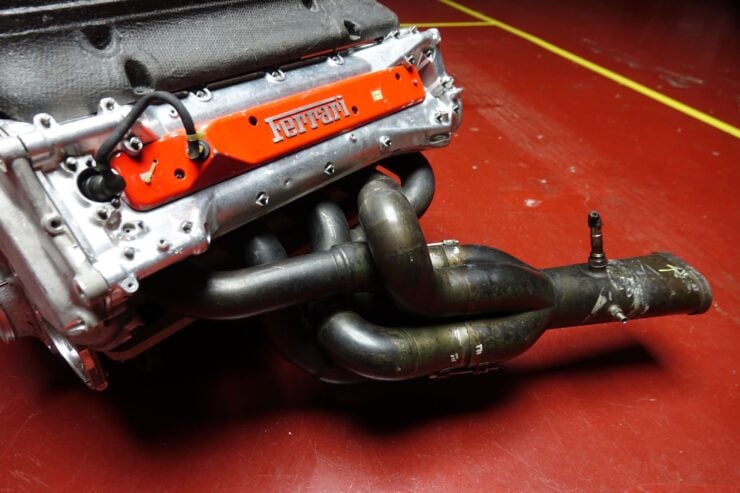 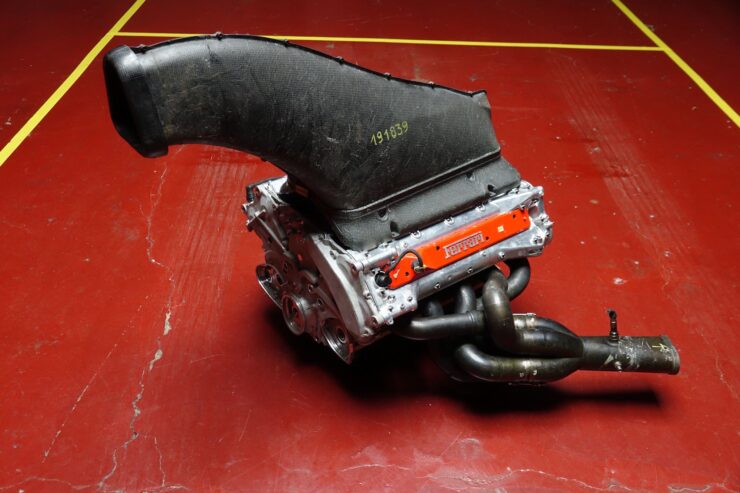 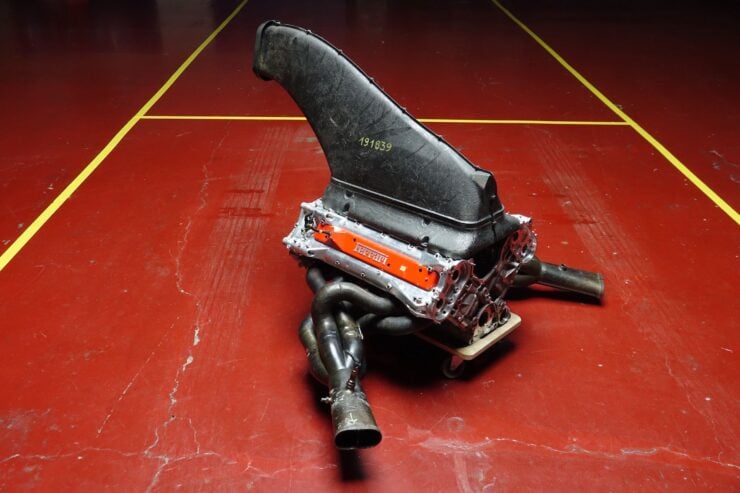