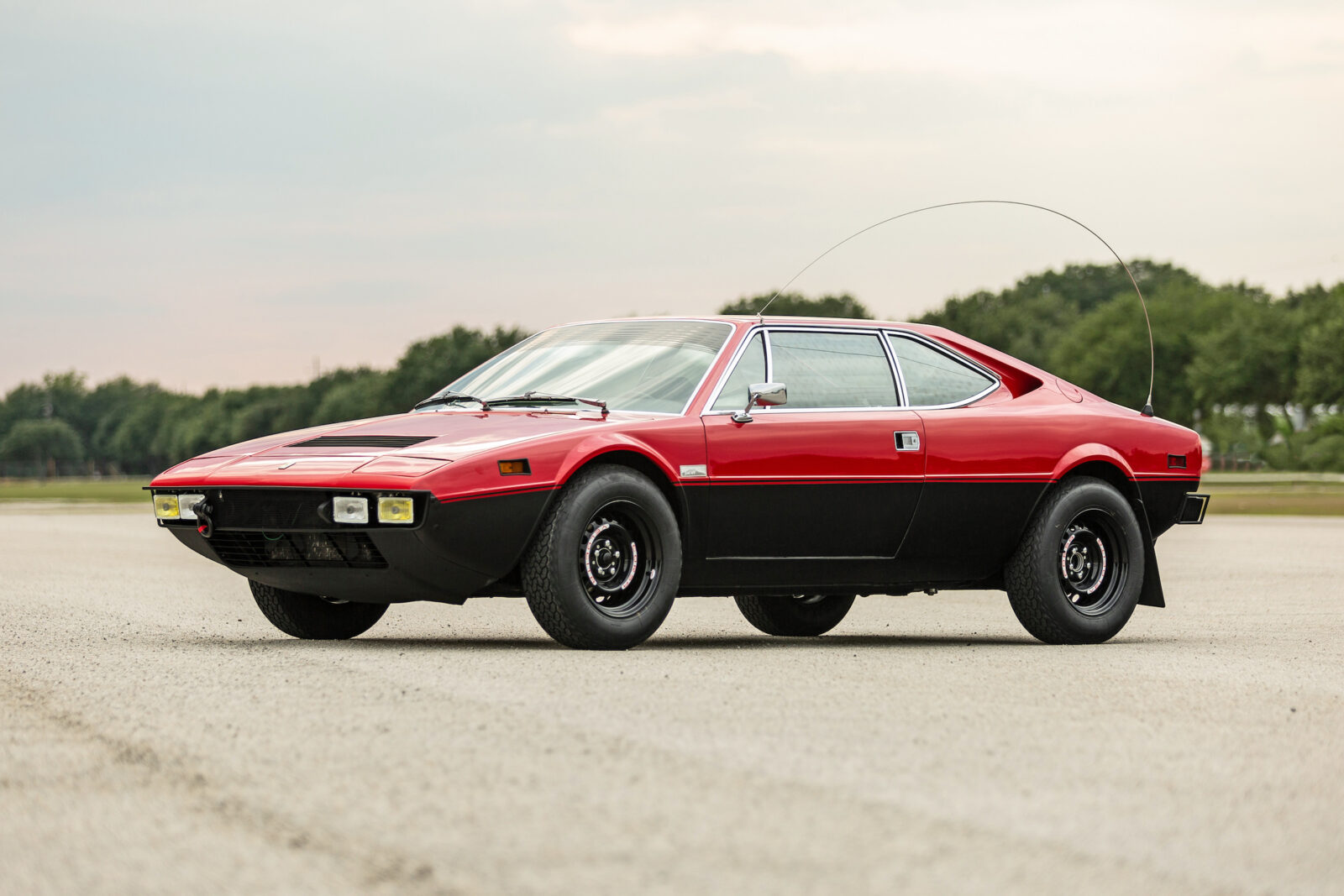 This 1975 Ferrari Dino 308 GT4 Safari was built to answer a single question – what would the 308 GT4 have looked like if Ferrari had opted to take it rallying to compete with its fellow Gandini-designed, wedge-shaped sibling, the Lancia Stratos?

The Dino and the Stratos

Although there are some obvious engineering differences between the Stratos and the 308 GT4, there are also a litany of similarities. The Stratos was powered by a (Ferrari) Dino V6 engine acquired from the predecessor to the 308 GT4 – the Dino 246.

Both cars were designed by Marcello Gandini, the same man responsible for some of the most iconic and beloved cars of the latter half of the 20th century including the Lamborghini Countach, the Lamborghini Miura, the Iso Grifo, the De Tomaso Pantera, the Alfa Romeo Montreal, the Maserati Khamsin, the Fiat X1/9, and dozens of others. 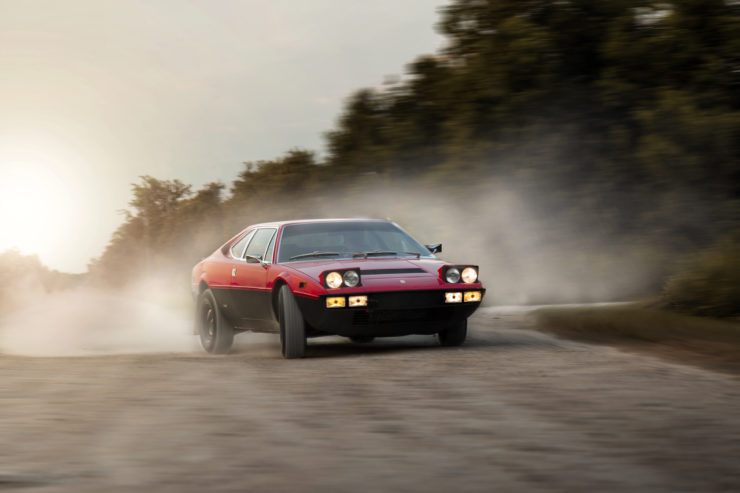 Both cars featured unmistakable wedge profiles, both offered excellent forward visibility, both had independent suspension on all four corners, and both featured mid-engined layouts. Whereas the Stratos was designed from a blank sheet of paper specifically to dominate the World Rally Championship, the 308 GT4 was designed to be a daily-drivable alternative to sports cars like the Porsche 911.

The 308 GT4 was fitted with a 3.0 litre, quad cam V8, topped with four Weber carburettors and mated to a five-speed transaxle gearbox sending power to the rear wheels. The engine produces 240 hp, and the car claimed a top speed of 154 mph, reaching 62 mph from 0 in 6.4 seconds.

Dino had been Enzo Ferrari’s beloved son who had died young from an incurable illness. It devastated Enzo and when the time came to release a new, non-V12 powered car with a much broader market appeal he named the new marque after his son.

Although the cars were designed and built by Ferrari they were known only as Dinos up until 1976 when they started to receive Ferrari badges. Many in the classic car community refer to these cars as “Ferrari Dinos” whenever they’re discussed to differentiate them from the Fiat Dino of the same era, a car that shared the same engine.

This Ferrari Dino 308 GT4 started life as a standard factory-built car with all the usual bells and whistles, the only minor difference being the rear seat delete.

The car was bought from California by DriverSource in late 2018, early 2019 and the project to create something unique with the car began almost immediately. It was decided to begin the process of converting the car into safari rally specification, so that if a future owner wanted to they could compete in events like the Peking to Paris they’d be more than able to do so.

The Rosso Chiaro red Dino is now fitted with special coil over suspension allowing its ride height to be increased or lowered depending on the requirements of the day. It’s riding on steel Corsa Velocita 15″ x 7″ wheels shod with 205/70VR15 Michelin tires, and the steering was rebuilt to better suit the car’s new configuration.

Perhaps most notably the Dino now has a whip CB antenna for communicating with the team back at the pit tents, it also has new fiberglass-enforced mud flaps, a custom steel front bumper (with D-hook mounts), an external cage over rear bumper and quad Hella lamps mounted in the front grille. 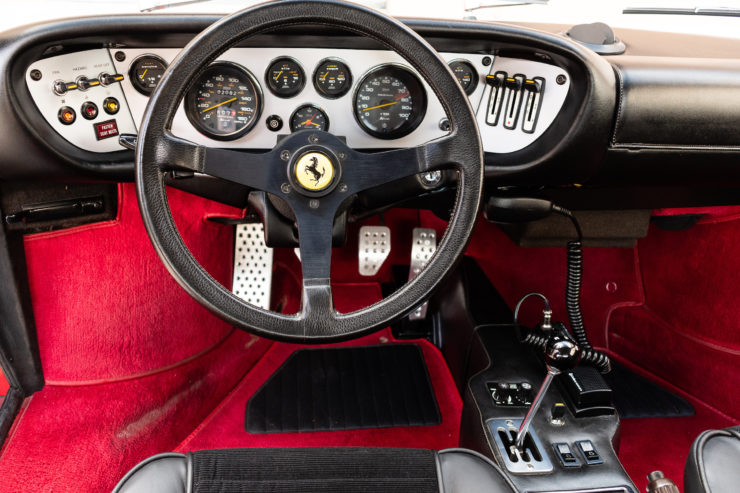 There are now Repa four-point seat belts fitted and mounted to a rear cross-brace, there’s an an ABC fire extinguisher, aluminum pedals, an etched Safari logo on the front fender, and the underside has undergone a steam-cleaning ready for the new owner.

In 2019 a thorough service and tune-up totaling over $26,000 USD was completed, and all lights, wipers, gauges, the radio, the power windows, and the horn are listed as being in proper working order.

If you’d like to read more about this unusual 308 GT4 or register to bid on it you can click here, it’s due to roll across the auction block with Worldwide Auctioneers in Riyadh on the 23rd of November. 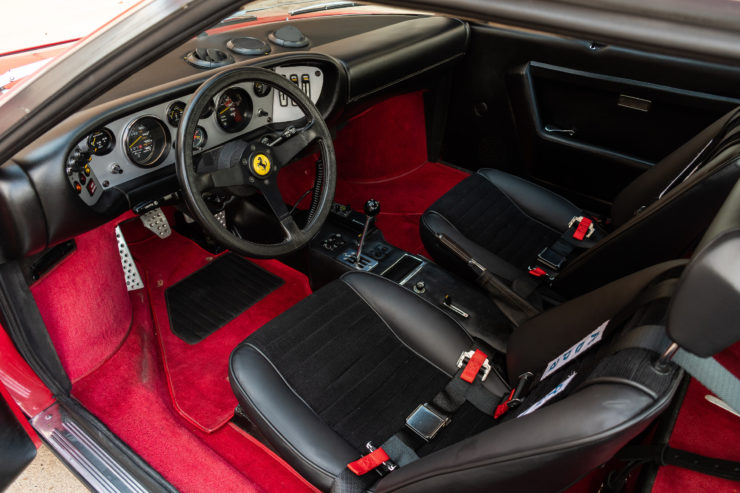 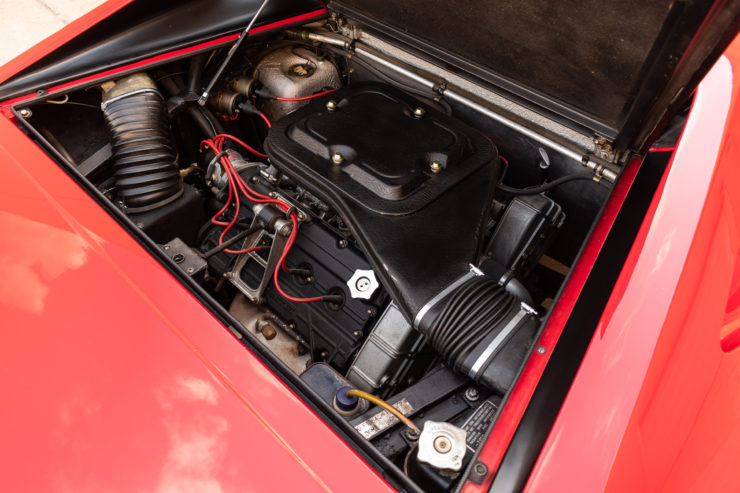 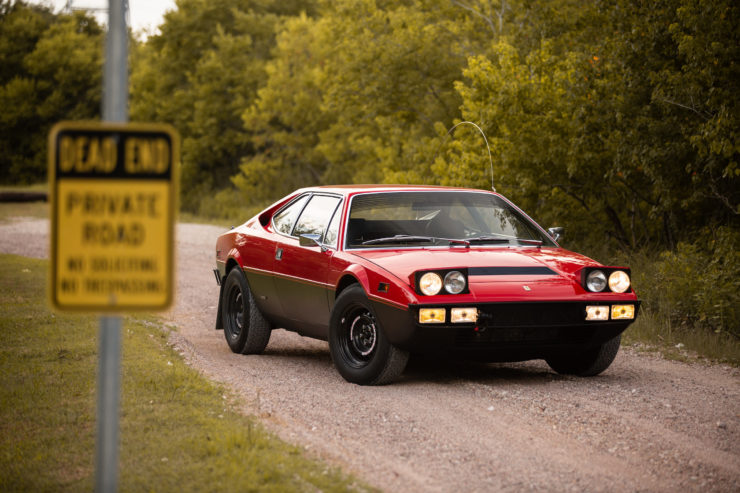 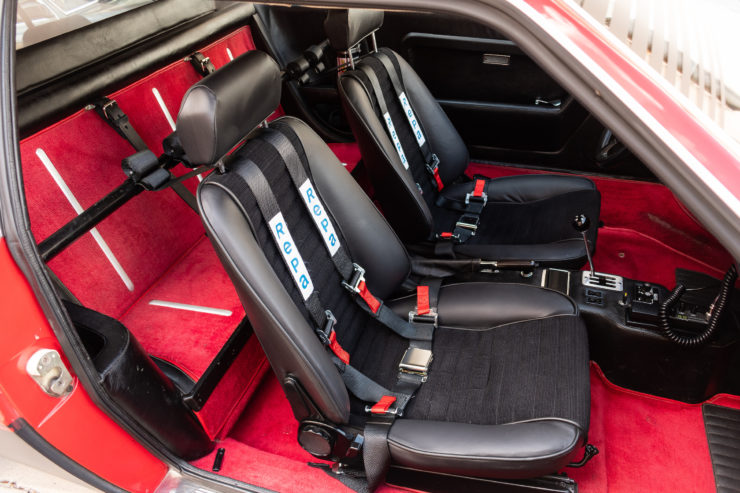 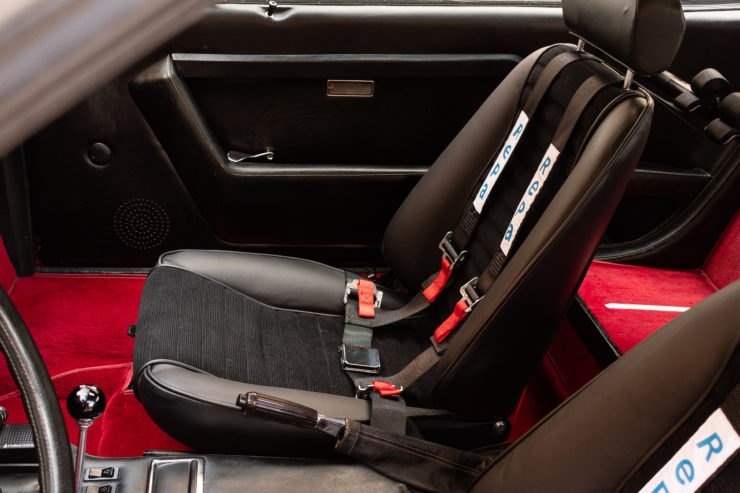 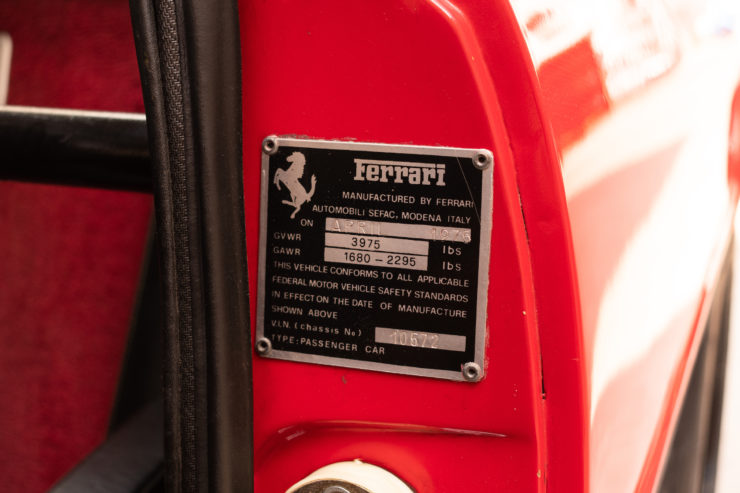 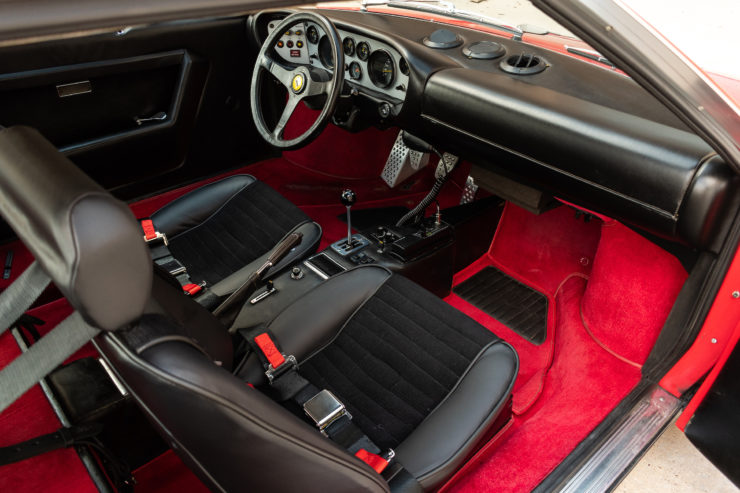 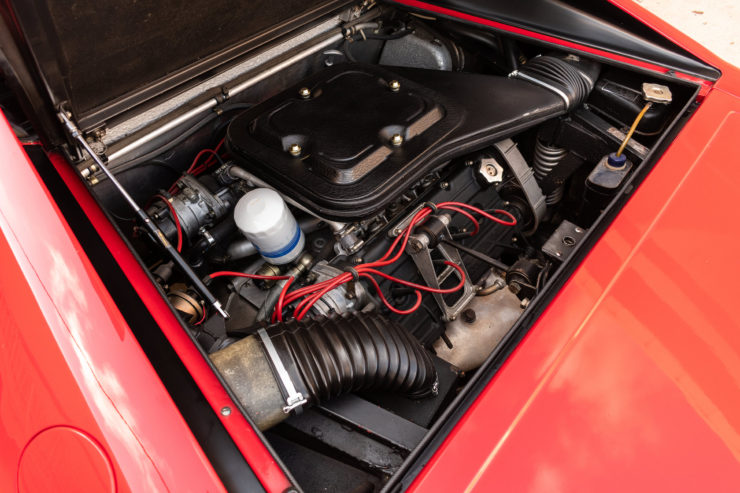 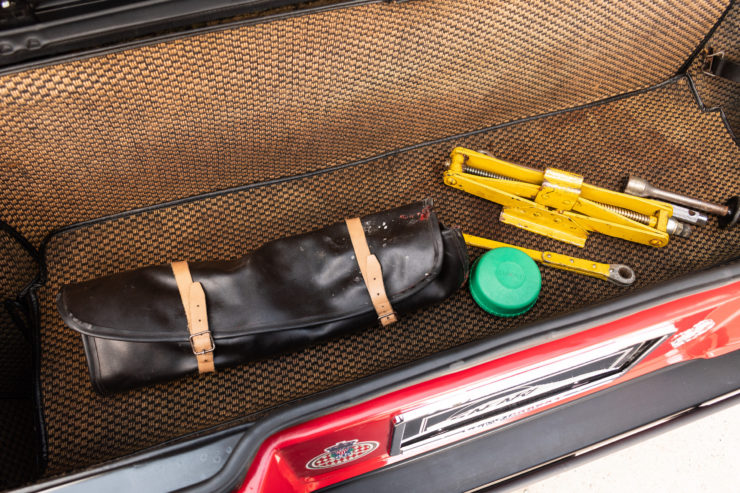 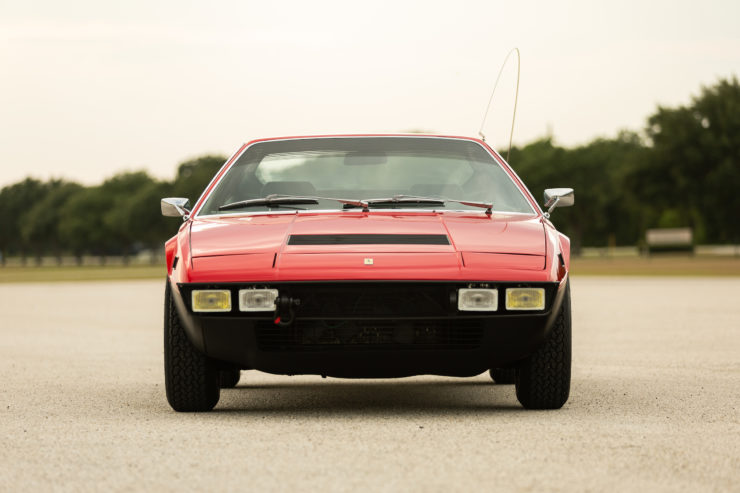 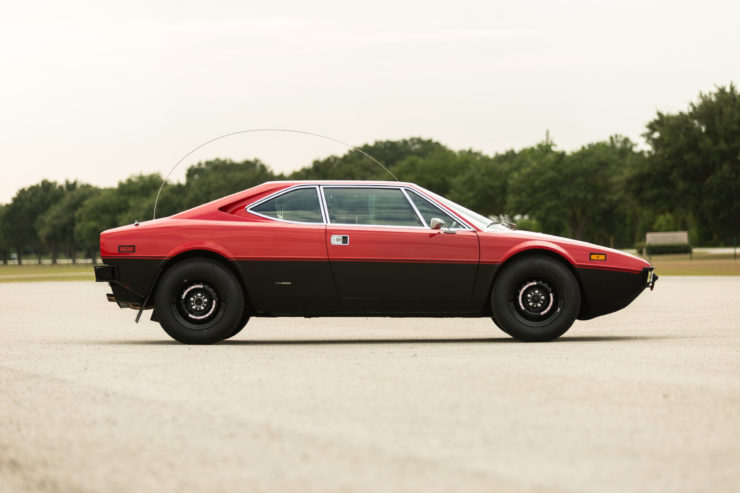 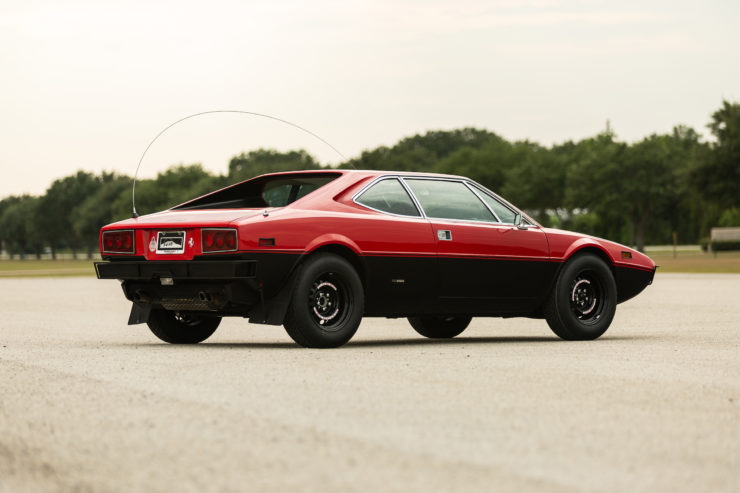 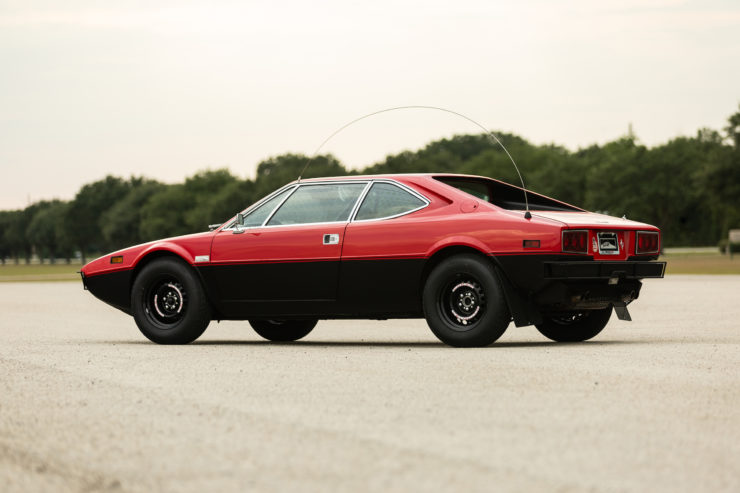 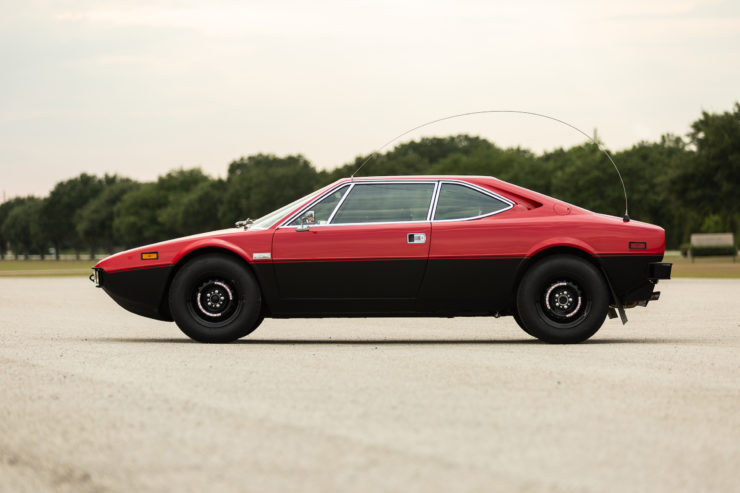 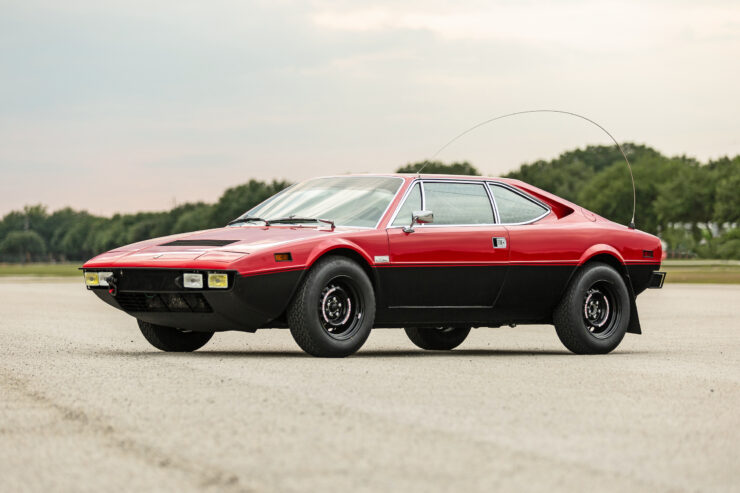