This is the front end from a 1974 Ferrari Dino 246 GT, there’s no word on what happened to the rest of the car sadly, but this nose section is now available to buy online as a display piece.

Though it was technically named the Dino 246 GT, sans “Ferrari,” it is now commonly referred to as the Ferrari Dino so ensure there’s no confusing it with the Fiat Dino from the same era, that was powered by the same engine.

Ferrari had originally conceived of the Dino line of production cars as an answer to the likes of Porsche and their 911 sports car. Ferrari were only selling very high end V12 cars at the time, and it was clear that there was money to be made at a more achievable price point. 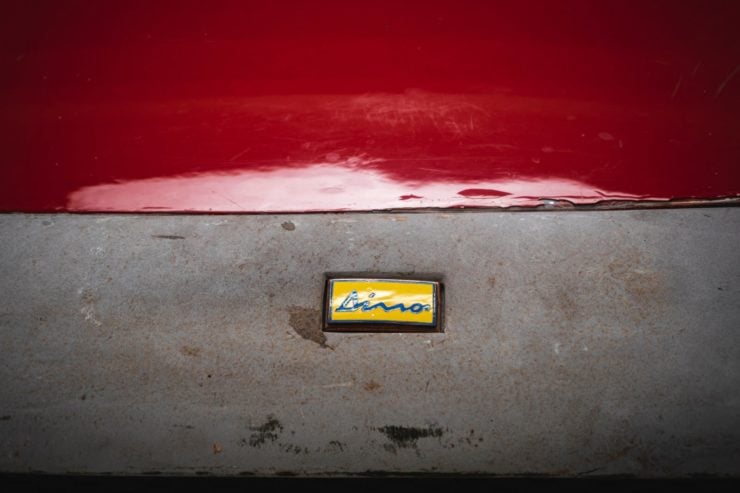 The “Dino” marque was founded by Ferrari to offer a series of cars to compete with sports cars like the Porsche 911. It was named after Alfredo “Dino” Ferrari, Enzo Ferrari’s son who had tragically died of Duchenne muscular dystrophy in 1956.

Enzo Ferrari wanted to homologate this engine for Formula 2 but this required 500 vehicles with the engine fitted to be sold within a 12 month period, and Ferrari simply couldn’t meet that volume.

As a result Ferrari formed a pact with Fiat that allowed Fiat to use the engine in two new models, the Fiat Dino Spider and the Dino Coupe. Fiat would manufacture the engines in the required volume, and Ferrari would use them in their own Dino.

The Ferrari Dino series proved to be a success for the Italian automaker, they built the model series over three generations between 1967 and 1980. 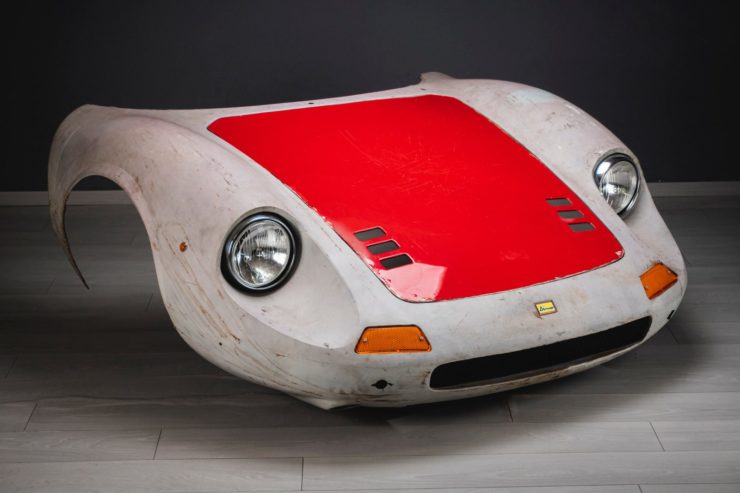 The Dino 246 GT was designed by Aldo Brovarone and Leonardo Fioravanti at Pininfarina, then built by Scaglietti.

The most beloved of the Dinos are the first two generations, the 206 GT and the 246 GT/GTS models with their sleek curves and ageless style.

The front section you see here comes from a 1974 Ferrari Dino 246 GT, the paint has been removed from much of it but the hood still carries the original red paintwork.

Though it could possibly be used by someone restoring a 246 GT, this piece is most likely to become a wall or floor mounted display piece.

It’s currently being offered for sale in a live online auction with Collecting Cars, if you’d like to read more about it or register to bid you can click the listing here. 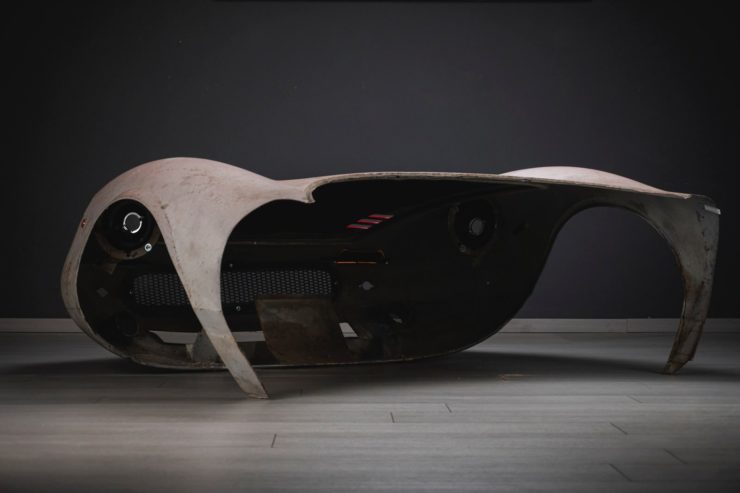 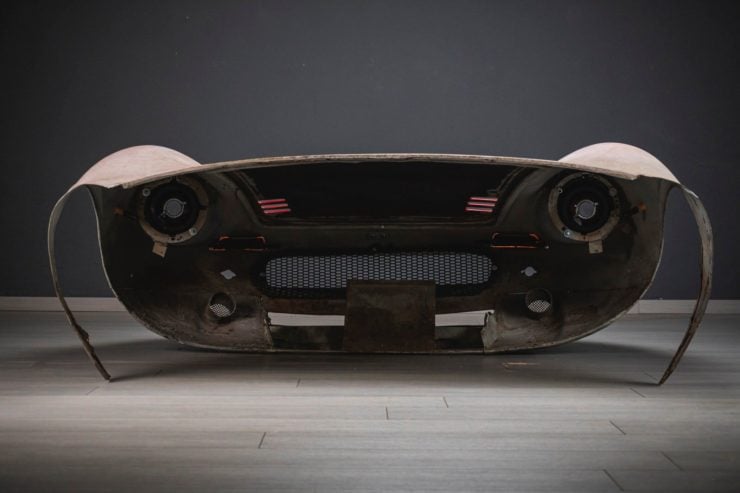 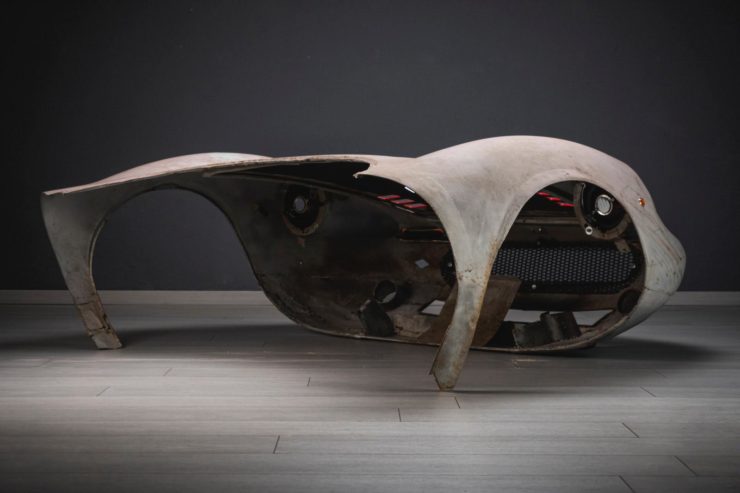 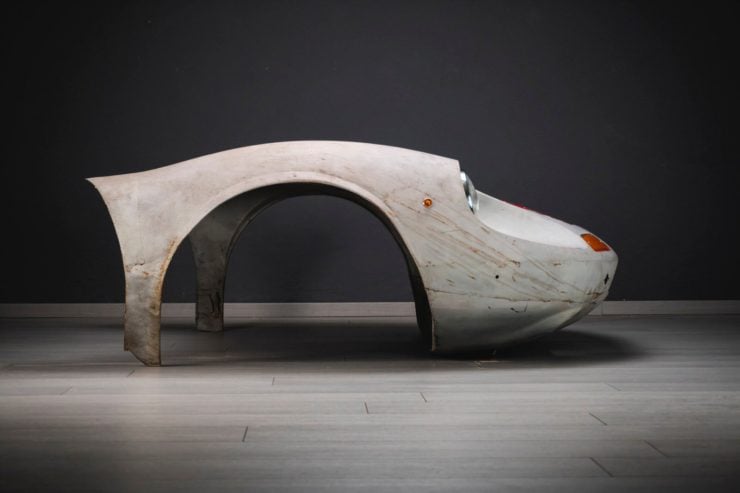 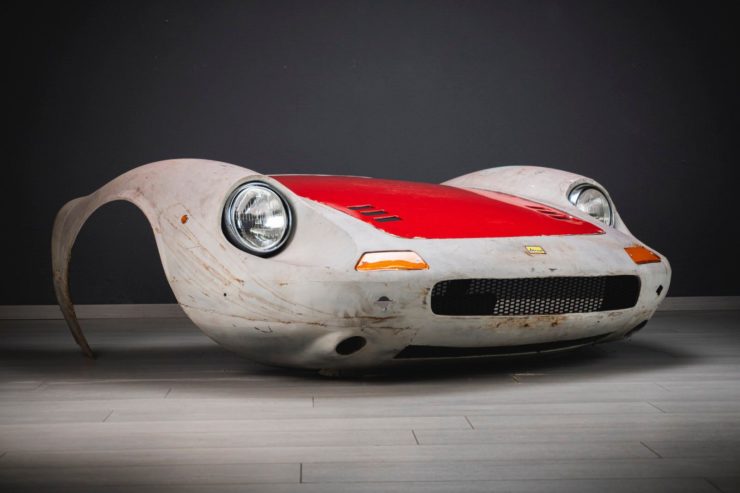 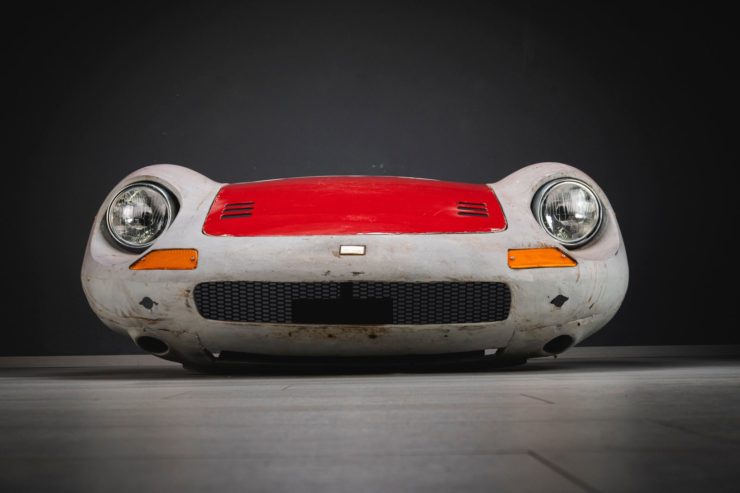 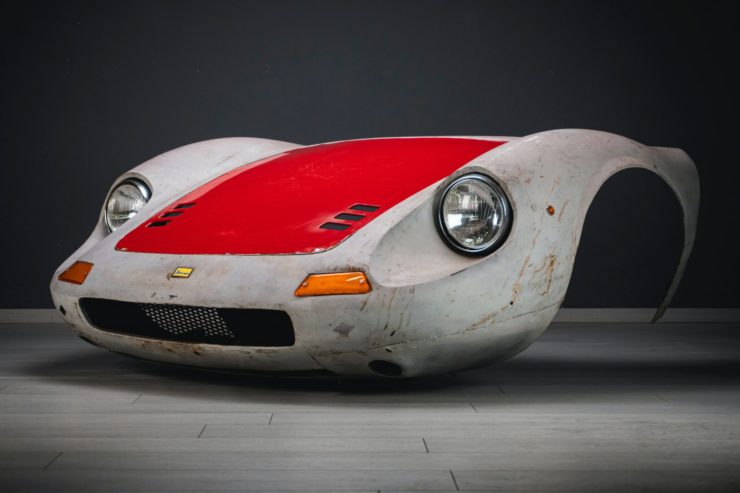