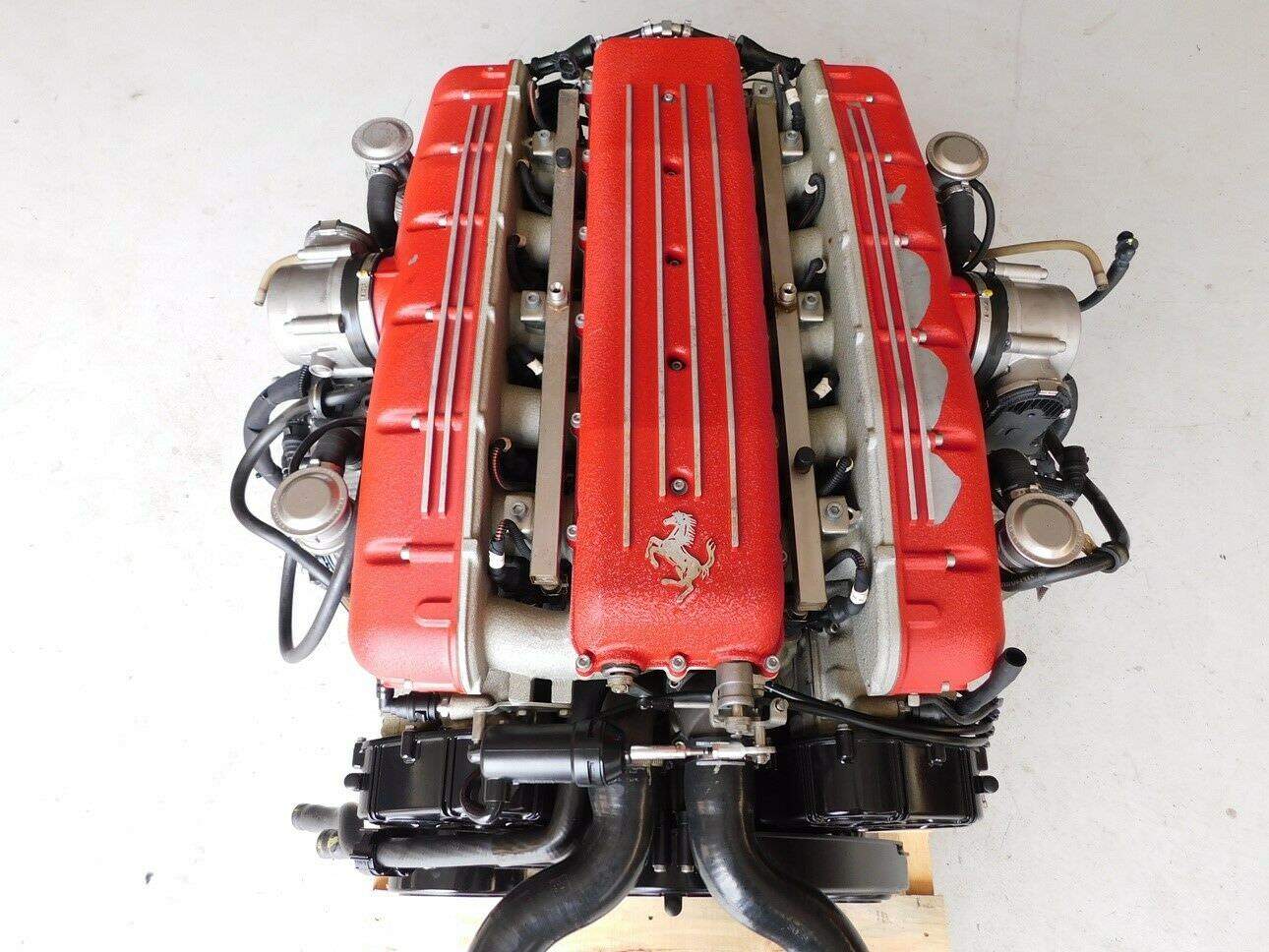 This is a complete Ferrari 612 Scaglietti V12, it’s listed as being a running engine from a car with 40,637 kms on the odometer (which works out to approximately 25,250 miles) and it’s all yours for the not insignificant sum of $21,911 USD.

The Ferrari 612 Scaglietti was released in 2004 and sold until 2011, the car is a grand tourer with comfortable seating for four adults, a reasonable amount of room for luggage, and styling influenced by the one-off 1954 Ferrari 375 MM that Roberto Rossellini had built for his wife, Ingrid Bergman.

The 612 was named for Carrozzeria Scaglietti, one of Ferrari’s most prolific coachbuilders in the 1950s and 1960s. The car was designed by Ken Okuyama at Pininfarina, Okuyama is an influential Japanese industrial designer who also designed the Enzo Ferrari and a slew of other projects including trains, tractors, and road cars.

Above Image: The Ferrari 612 Scaglietti – courtesy of Ferrari

This engine was originally mated to either a manual or semi-automatic 6-speed gearbox and the car could reach 199 mph with a 0 to 62 mph time of 4 seconds – not bad numbers for a car with a kerb weight of 4,134 lbs that can carry four adults with luggage.

It’s most likely that the engine you see here will be bought by a current Ferrari 612 Scaglietti owner who needs a new engine or by a garage that wants to strip it for parts. That said, there are a few people out there with the technical chops to drop Ferrari engines into unlikely donor cars, so you never know where it might end up. 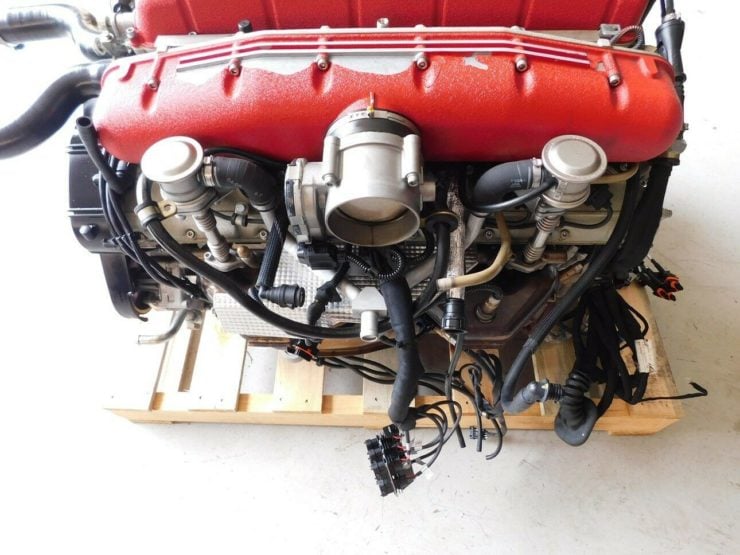 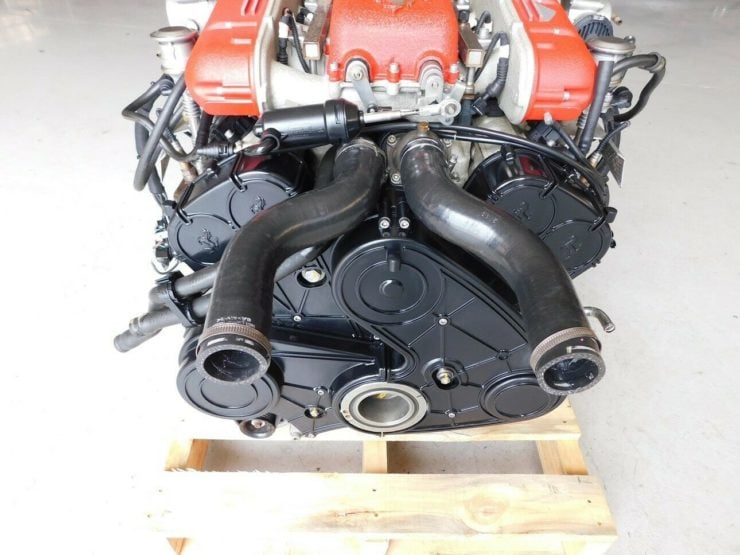 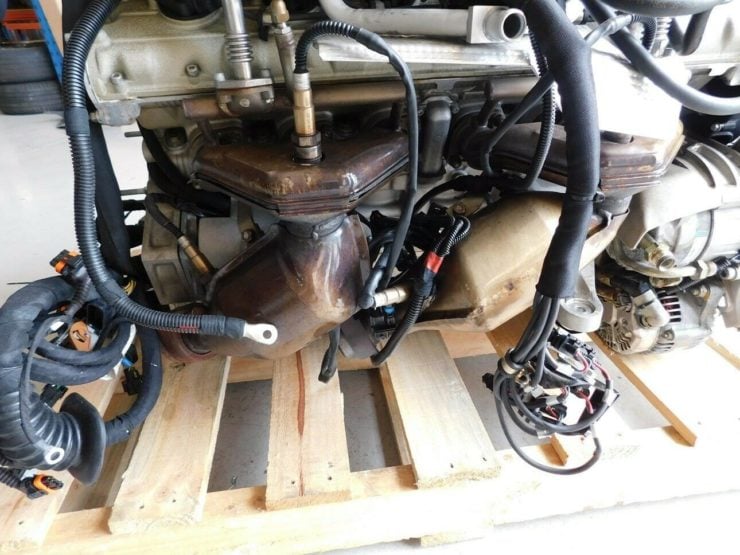 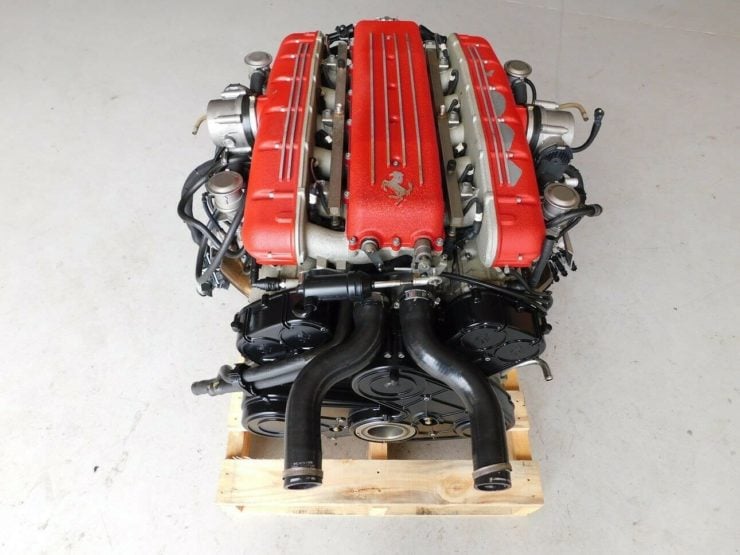 Facebook Twitter WhatsApp Email This is the front clamshell from a Lamborghini Miura, it was removed by the car’s owner and replaced with a…

Facebook Twitter WhatsApp Email In the years immediately after WW2 the Willys Jeep had become arguably the most famous vehicle in America. Anyone could…

Facebook Twitter WhatsApp Email This is a 100% functional and drivable Porsche 917 at 70% scale. It’s designed to accommodate both adults and kids,…

Facebook Twitter WhatsApp Email   When the Toyota Land Cruiser FJ70, and the 70 series family, were introduced to the general public in 1984…