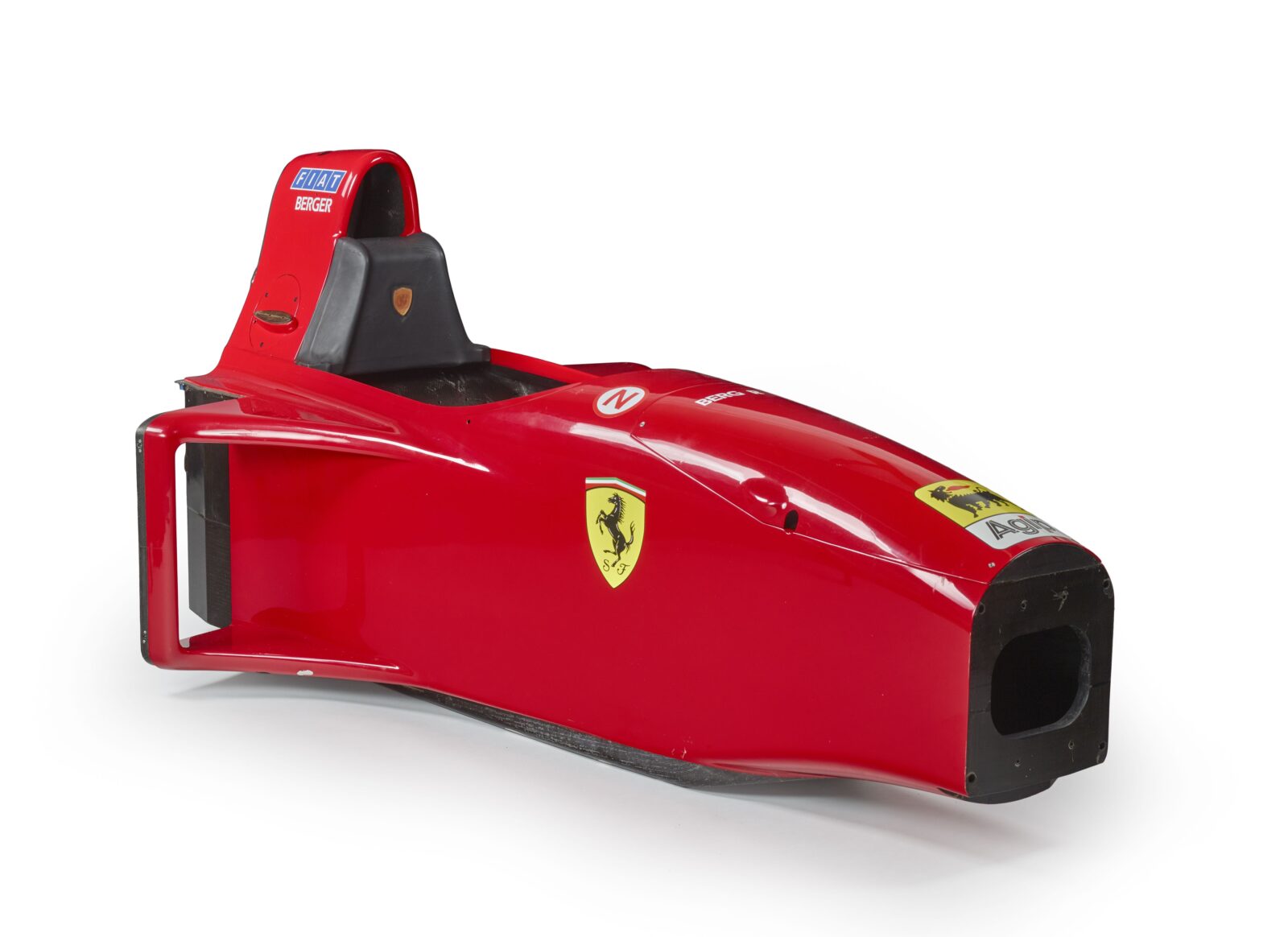 This is the monocoque of a Ferrari 412 T2 Formula 1 car driven by Gerhard Berger in 1995. Modern Formula 1 cars all use a similar structure that centers around a carbon fibre monocoque, first pioneered by the McLaren MP4/1 all the way back in 1981.

Interestingly, the 1995 Ferrari 412 T2 would be the last Formula 1 car to win a World Championship race using a V12 engine. The days of V12s in F1 are now sadly long gone, but they remain a favorite with fans around the world who miss the spine-tingling sound of V12s and V10s spinning up to well over 15,000 rpm.

Above Image: The rear of the monocoque showing the air intakes, the fuel fill cap, and the area where the engine would mount. The engine would then support the rear suspension, gearbox, and wing.

It’s likely that this unusual piece of Ferrari Formula 1 history will be bought by someone who will put it on display, and it would make an excellent wall feature. It’s also possible it’ll be bought by a well-heeled sim racer who wants to increase that sense of realism.

It’s due to cross the auction block with Artcurial on the 6th of February with an estimated price of between €15,000 and €20,000. If you’d like to read more about it or register to bid you can click here to visit the listing. 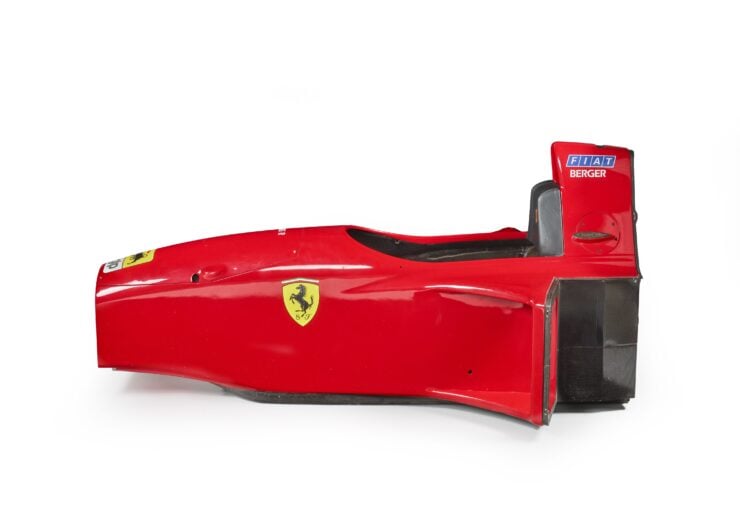 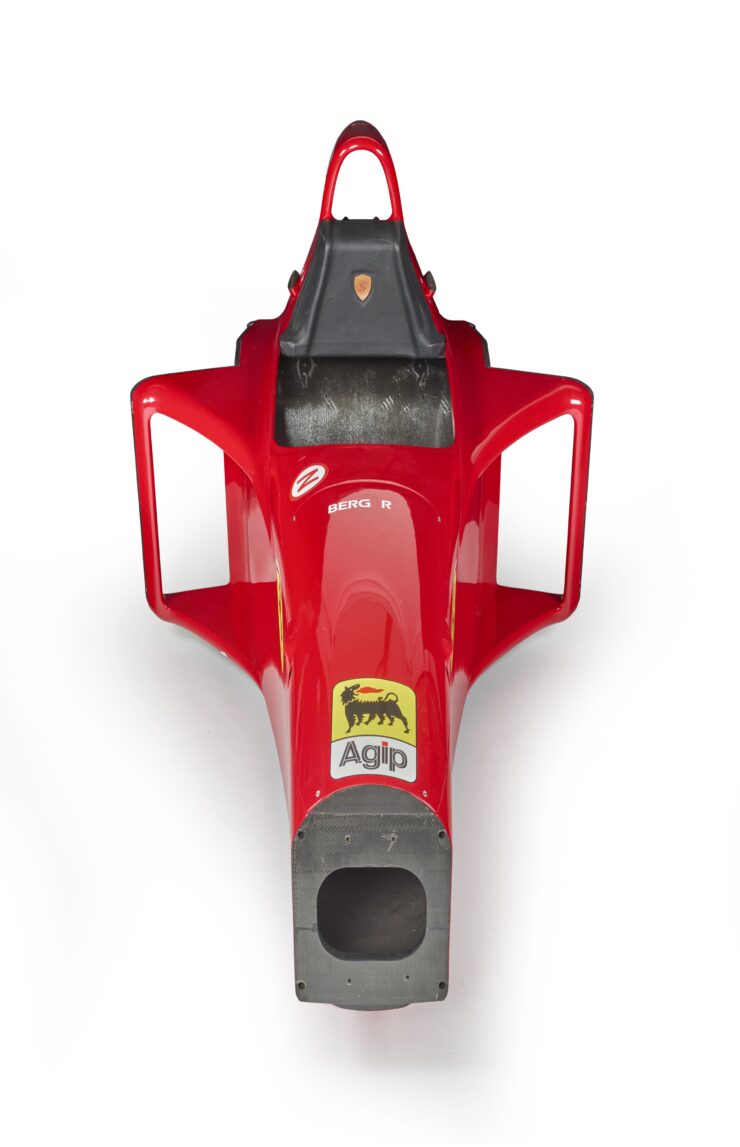 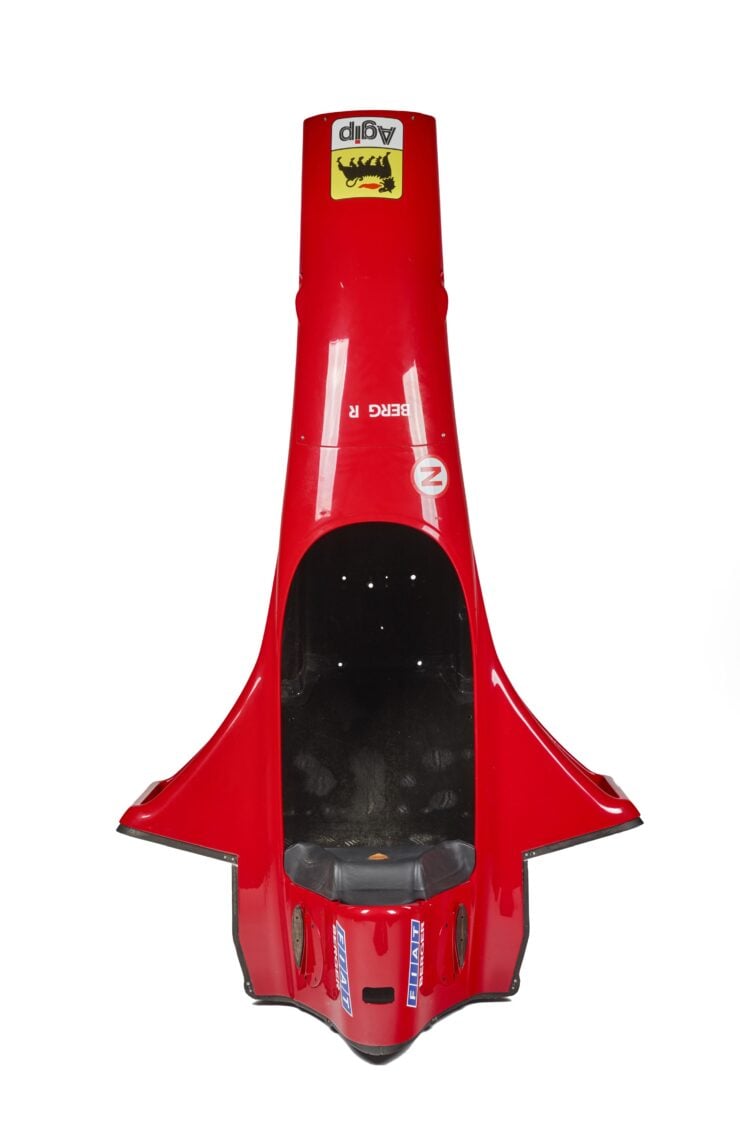