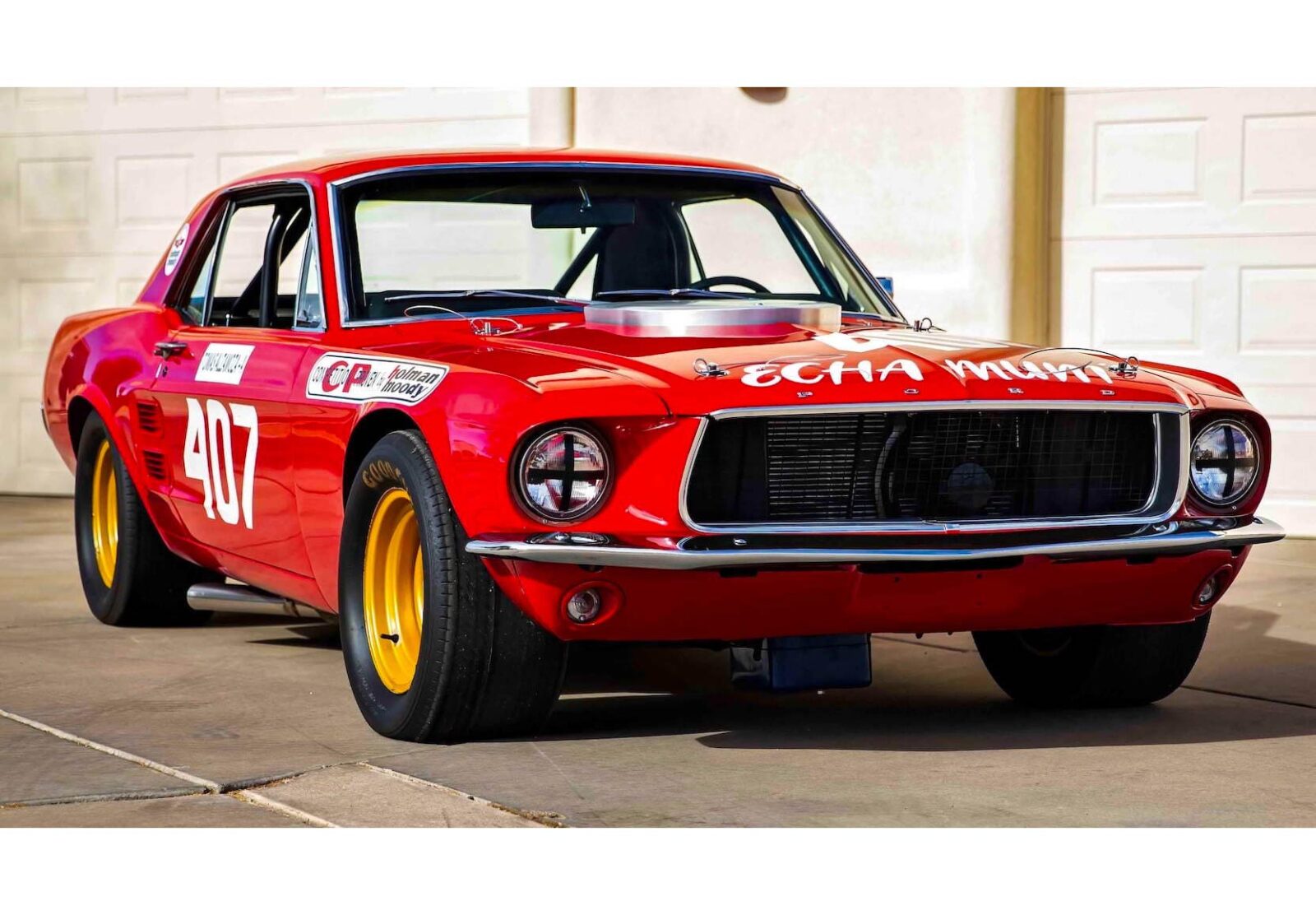 The Mustang you’re looking at here has South American DNA running through its veins, it was built at the Ford Motor Company’s factory in Lima, Peru and it became one of the most successful South American race cars of its era with Cristobal “Batman” Galjuf claiming victories in Peru, Mexico, and Argentina.

It isn’t widely known that Ford built some Mustangs in Peru and due to the political complexity of the region many of them haven’t survived.

The car you see here is almost certainly the most historically significant of them all, it raced for years throughout South and Central America setting a slew of new records and raking in a series of wins thanks to its driver Cristobal Galjuf and the work done on the car by Holman Moody.

The Ford Mustang wasn’t originally designed for racing, but with the right modifications applied to it by companies like Shelby and Holman & Moody, the car became a tour de force in the 1960s with a blistering series of race and championship wins. 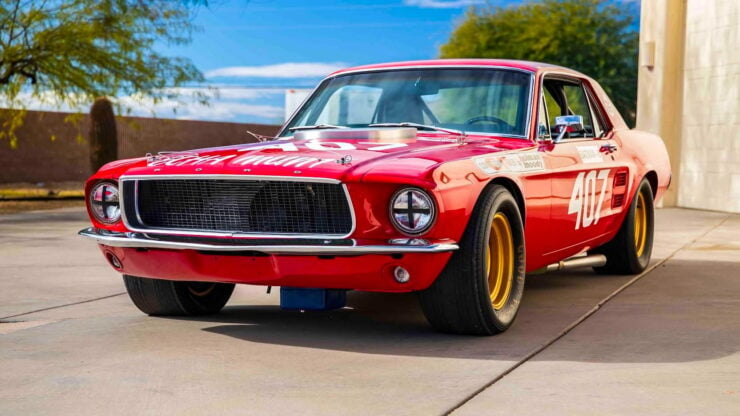 Above Image: This Peruvian Mustang was one of the most dominant race cars in South America at the time.

One of the most famous was the England’s Alan Mann Racing (AMR) Mustang team that contested the 1964 Tour de France, they took a 1-2 class win against the best Europe had to offer.

The South American exploits of the Mustang haven’t been as closely studied as those in the United States and Europe, but they’re no less impressive.

This 1967 Peru-built Mustang was converted for racing very early in its life. Two Boss 302 racing engines were prepared by Holman Moody in 1969, one of which was dyno-tested at 422 peak corrected horsepower, they were then air-freighted to South America. One would be used in the car and the other would serve as a spare. 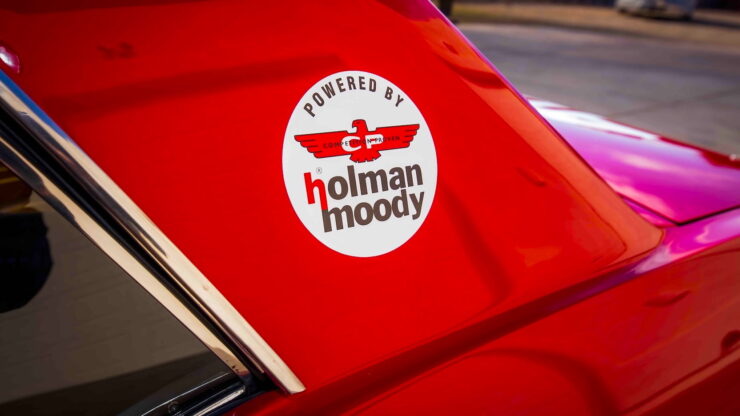 Above Image: Holman Moody have been world-renowned for building race winners for decades.

A race-prepared 422 bhp Mustang was considerably too much for most of the competition in 1969, particularly with “Batman” Galjuf behind the wheel supported by co-driver Tomas Alzamora.

At the end of the racing season in 1971 the car was shipped to Holman Moody in the United States and completely rebuilt to full 1971 Trans Am racing specifications.

Following the rebuild and testing the car was sent back to South America, interestingly it was sent back in pieces to avoid the need to pay exorbitant automobile import duties which had been implemented under the military regime in power in Peru at the time

Once reassembled the car was once again unstoppable “Batman” and Alzamora were described as “cutting a swath” through their class against some exceedingly well-heeled competition.

Among many successes were their wins in the 1,000 kilometer Grand Prix of Lima-Arequipa, the Hizo 500 Kms in Pasamayo, and the “Frontera a Frontera” (Border Trial) rally – which they won at a 175 kph (109 mph) average speed. 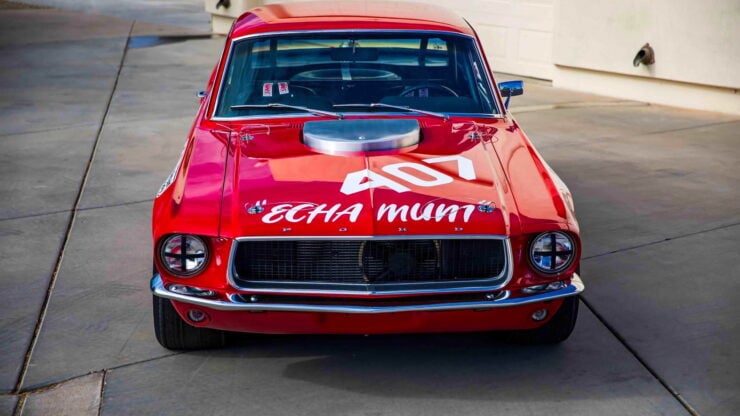 Above Image: The functional rear-facing hood scoop is ideal for pulling in cool air that’s less likely to be filled with dust.

So impressive were their racing feats that one newspaperman dubbed them “El Magnifico Volante Capitalino” or “The Magnificent Capital Flyer.”

After this time the car’s history becomes less clear, we do know that it was bought by Jorge Nicolini in 1993 to take pride of place in the Museo de Autos Antiguos Colección Nicolini – a museum dedicated to Peru’s automotive history.

The car would remain in the museum from 1993 until 2008, after this time it made its way to the United States where it would receive a sympathetic restoration back to its most successful 1973-74 Holman Moody appearance and specification.

The car is now due to roll across the auction block with Mecum in March, if you’d like to read more or register to bid you can click here to visit the listing. 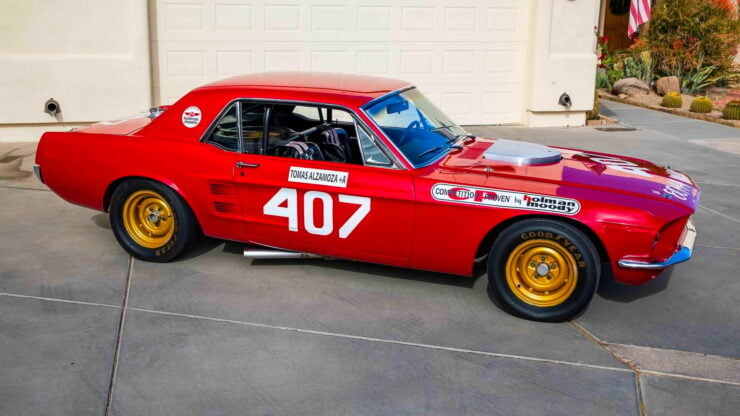 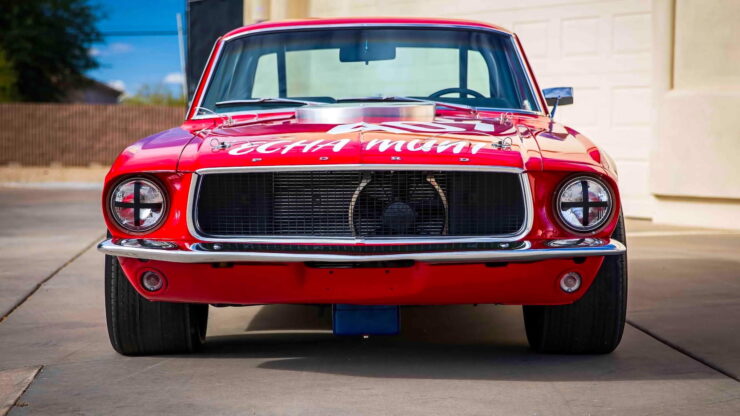 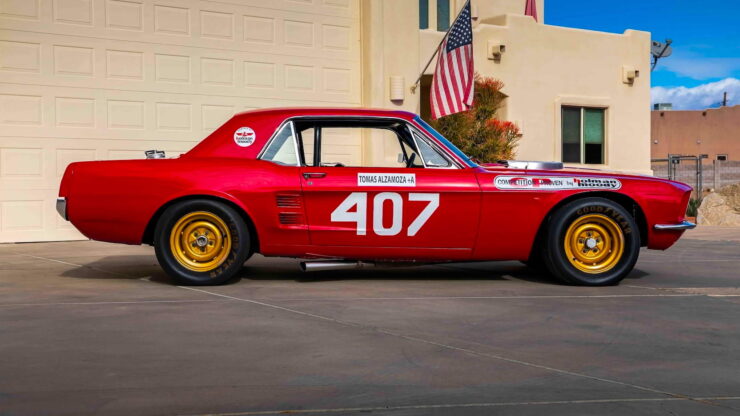 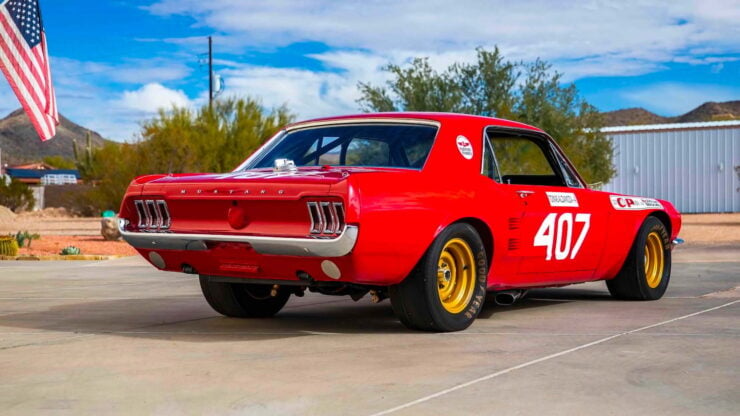 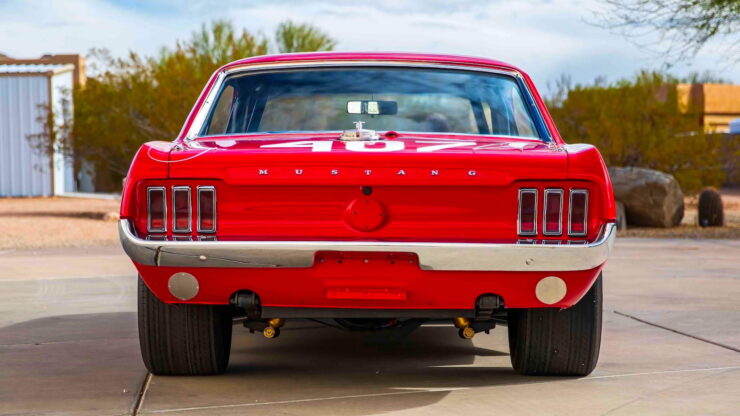 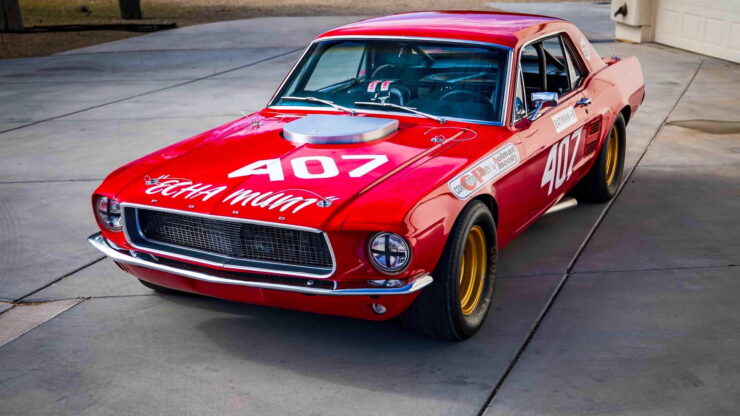 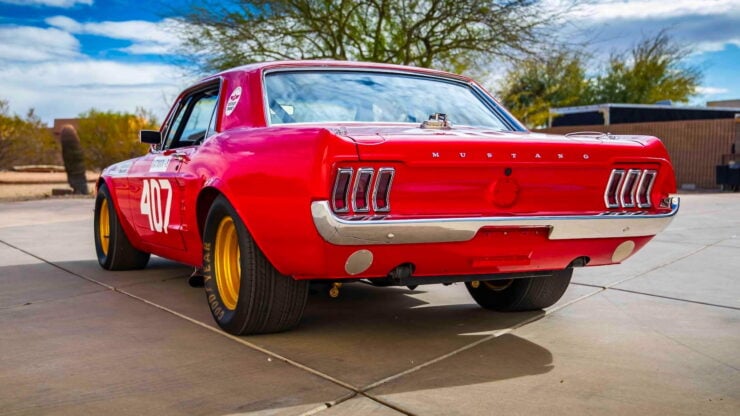 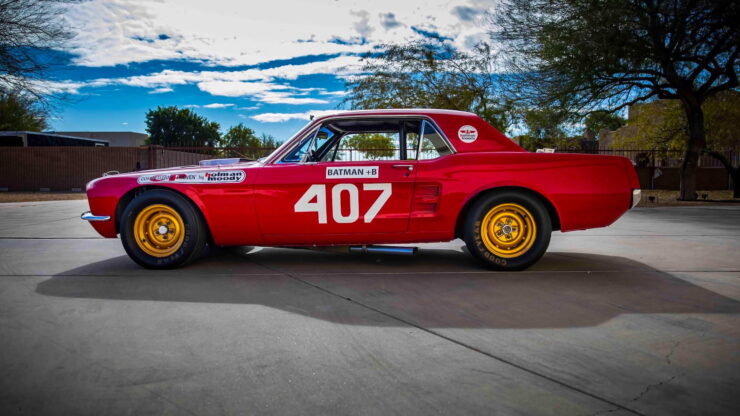 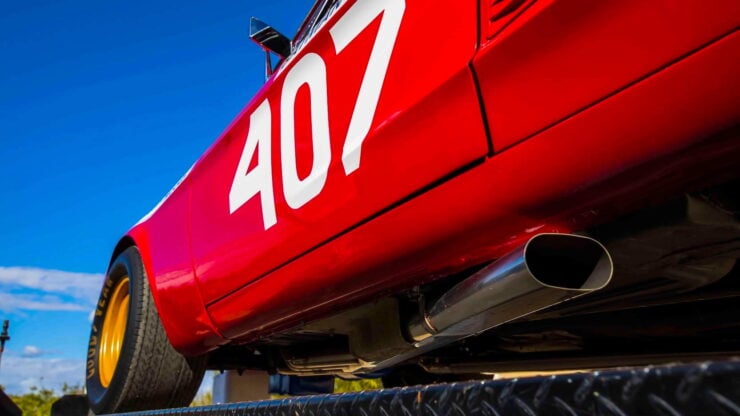 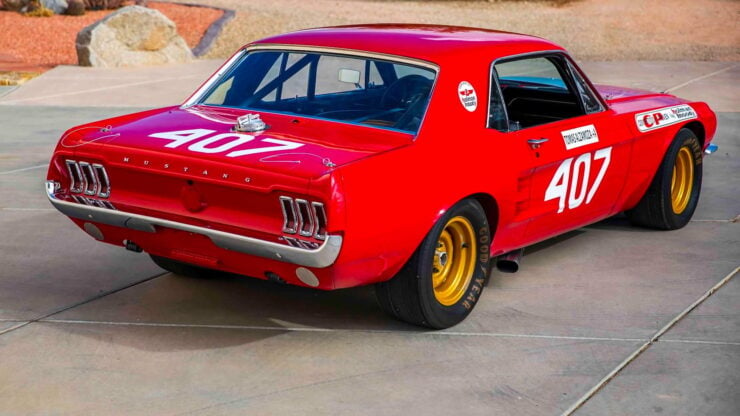 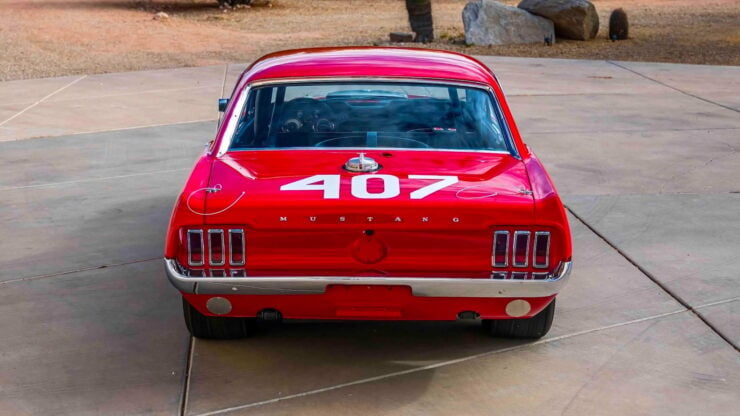 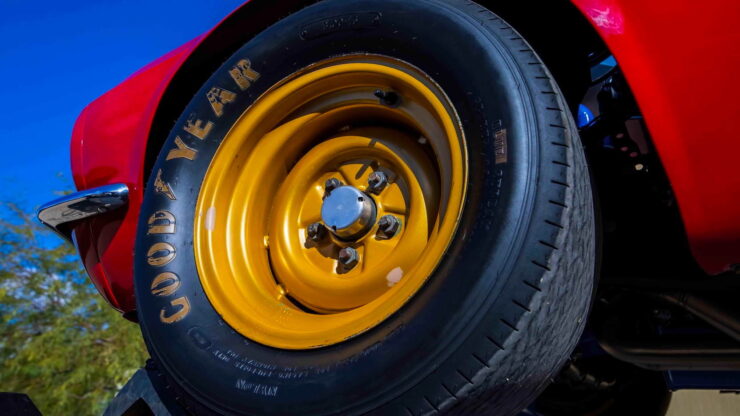