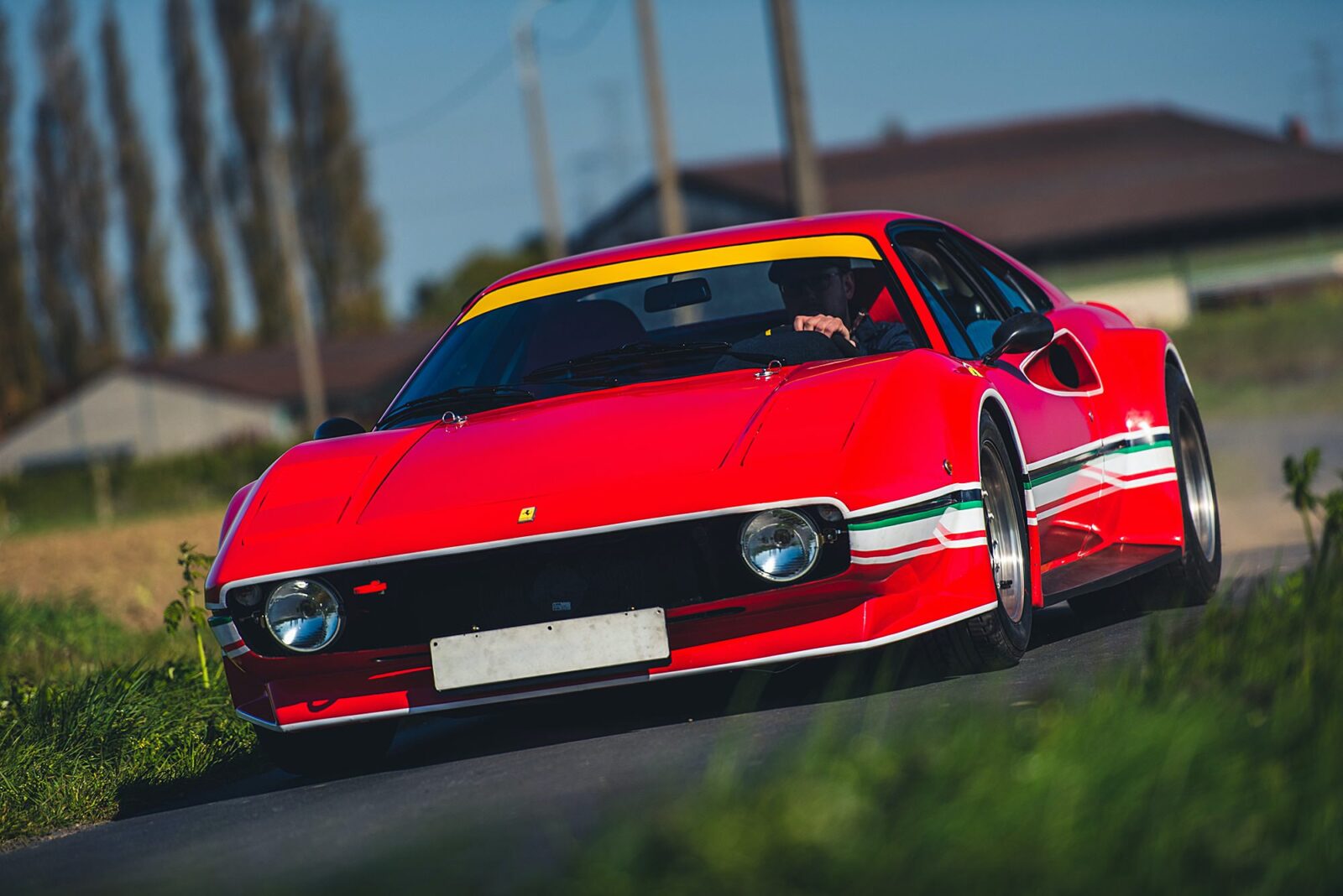 This eye-catching Ferrari 308 GTB has been brought up to LM specification and now closely resembles the 308 GTB LM raced by Maurice Dantinne in the ‘70s and ‘80s. The car has been thoroughly rebuilt for track day and fast road use with the interior largely stripped of its non-essential conveniences, saving 80 kgs (176 lbs) of weight in the process.

The most noticeable change to the car is of course the exterior, the LM body kit with its wider wheel arches allows for the fitment of notably wider tires and the reshaped nose with its additional two headlights gives the car a menacing road presence.

Ferrari released the 308 GTB and GTS models in 1975 to replace the Dino 246 GT and GTS in 1975. The new 308 used a similar tubular steel frame to the Ferrari 308 GT4 with a version of the same engine – the Ferrari F106 AB V8 with double overhead cams per bank, two valves per cylinder, four twin-choke Weber 40DCNF carburetors, a swept capacity of 2,927cc or 2.9 litres.

Interestingly the early models in the 308 GTB/GTS family had bodies made from fiberglass by Carrozzeria Scaglietti they called it “Vetroresina” and it would stay in use for two years until 1977 when steel bodies were used and the cars gained approximately 150 kgs (331 lbs) as a result. 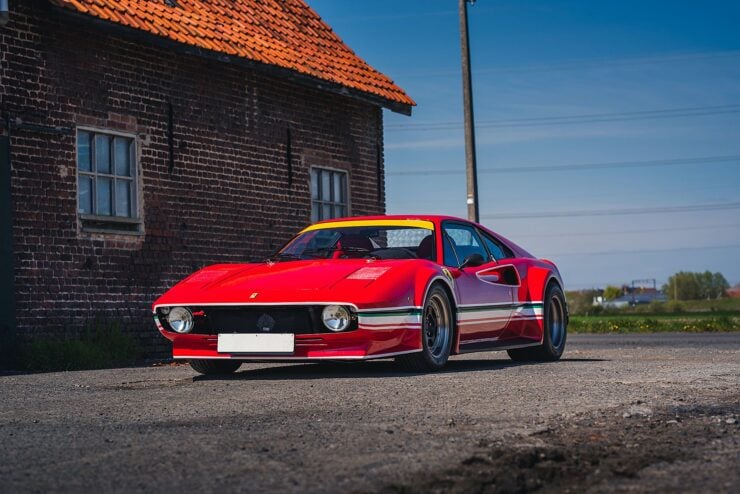 Above Image: The car has pop up headlights as well as new additional driving lights in the nose.

Regardless of engine specification all cars sent their power back to the 5-speed gearbox to the rear wheels and the shifter worked inside a Ferrari trademark gated transmission plate.

Ferrari would keep the 308 GTB/GTS in production from 1975 until 1985, it was produced in original carburettored guise as well as the fuel injected GTBi/GTSi series. Later the Quattrovalvole four-valve would be released and the rarer 208 and 208 Turbo models satisfied demand for lower tax bracket vehicles in Italy.

The original Ferrari 308 GTB LM was developed for motorsport use, perhaps most famously being campaigned by Maurice Dantinne in the ‘70s and ‘80s.

The LM (an abbreviation of Le Mans) was a significantly reengineered version of the road car with a wider track, wider wheels, a body with considerable aerodynamic changes, and an uprated drive train for competition use.

The car you see here is a more recent creation that has been built to 308 GTB LM spec with changes including uprated Intrax adjustable suspension, a four-tip sports exhaust, upgraded brakes, and an 80 kg weight reduction thanks to that stripped-out interior.

The car’s appearance has been considerably changed thanks to the fitment of that front bumper and grille conversion, with a wider bodykit and a set of PLS wheels, clad with Pirelli P Zero Asimmetrico tires.

The engine now breathes through a set of velocity stacks capped with grilles to keep larger debris out, this coupled with the sports exhaust resulted in notably improved performance.

The interior of the car is well equipped for both fast road and track use with LTEC bucket seats with Sabelt four-point harnesses, and a custom three-spoke racing steering wheel.

If you’d like to read more about this unusual Ferrari or register to bid you can click here to visit the listing on Collecting Cars. It’s currently being auctioned live and at the time of writing the bidding is sitting at €44,000 with 3 days remaining. 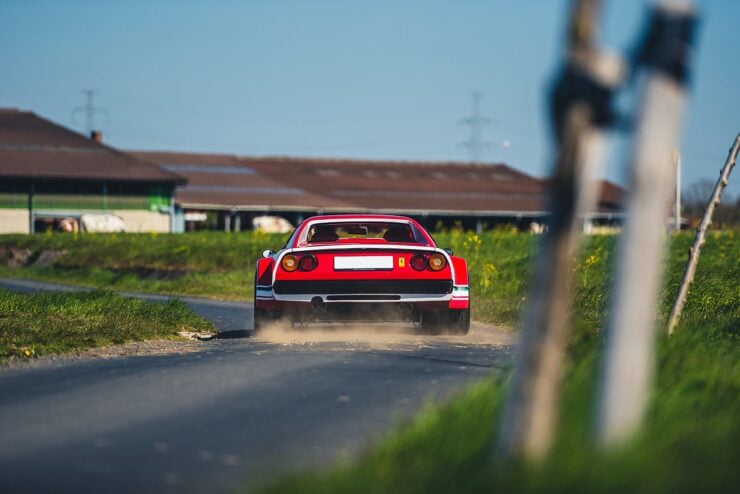 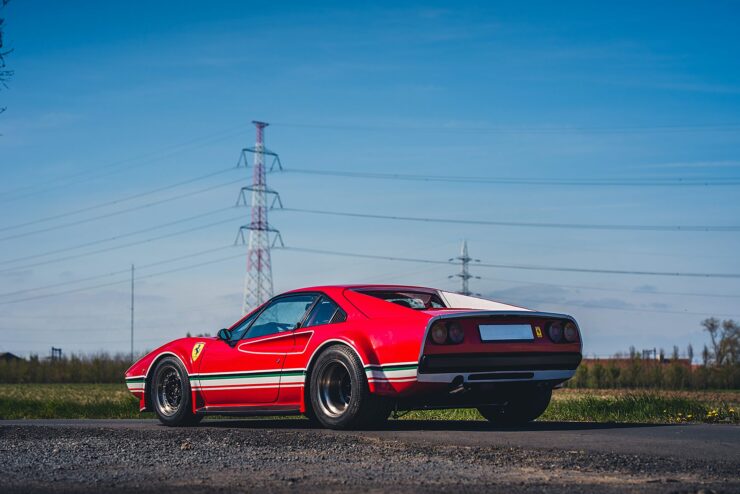 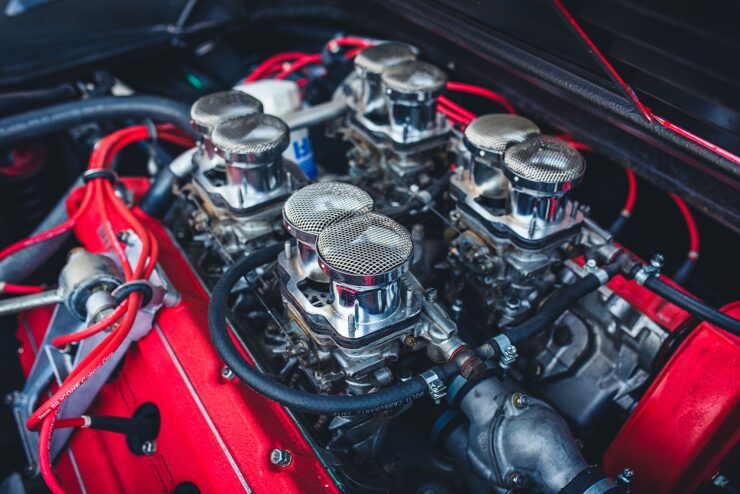 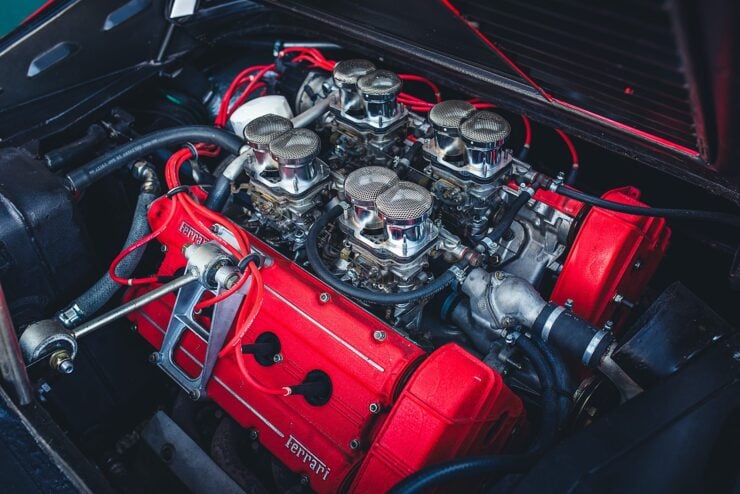 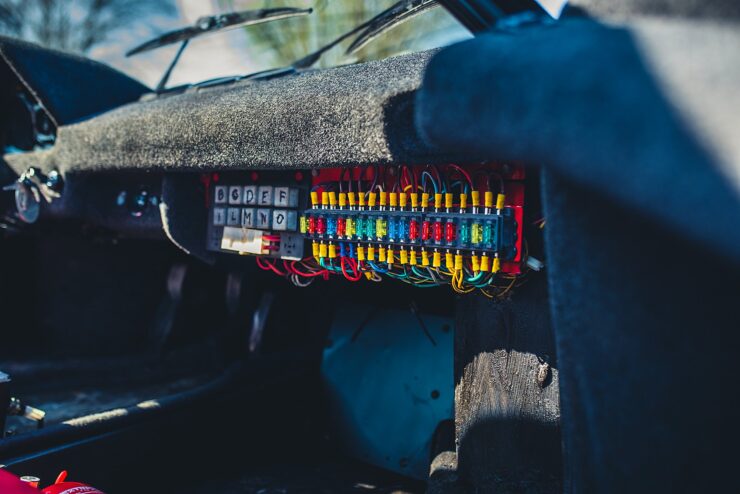 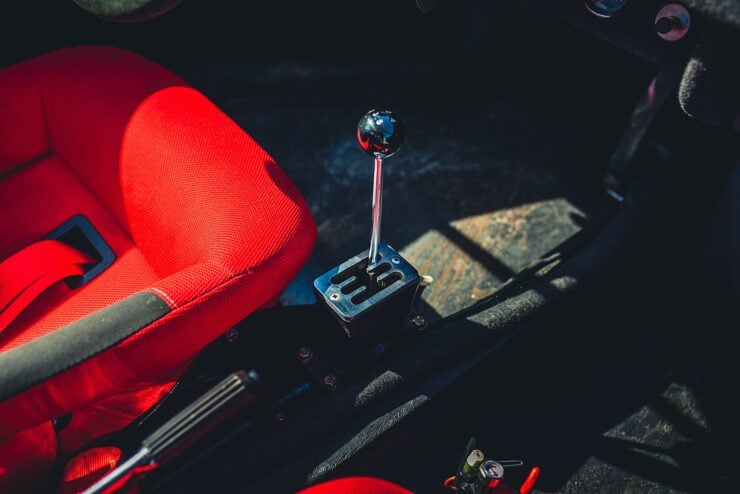 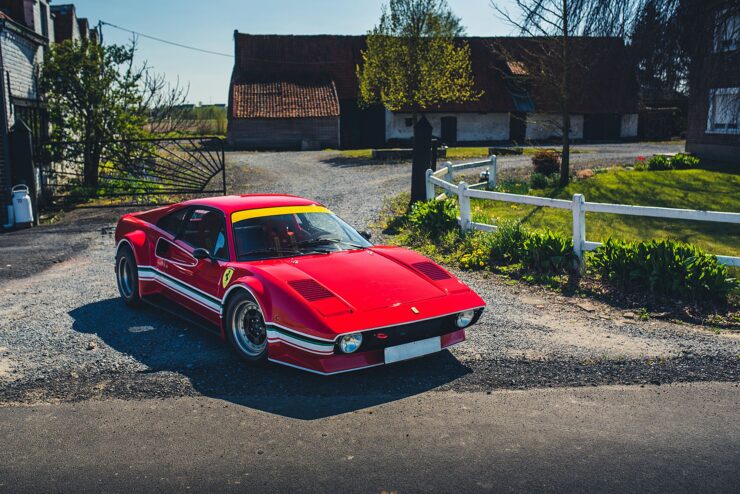 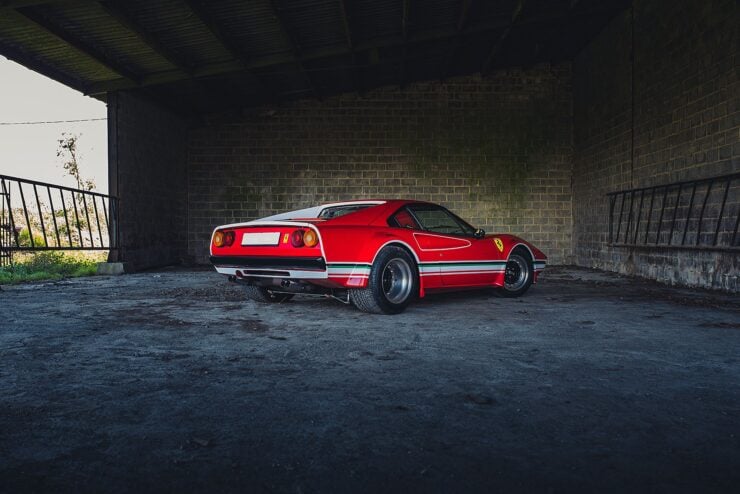 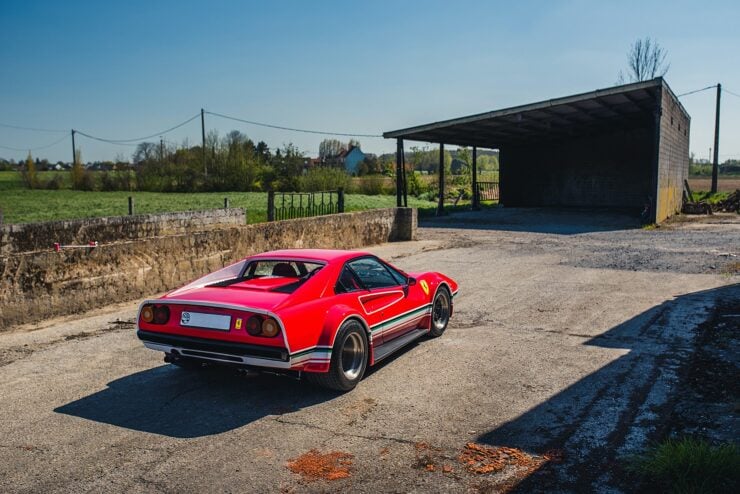 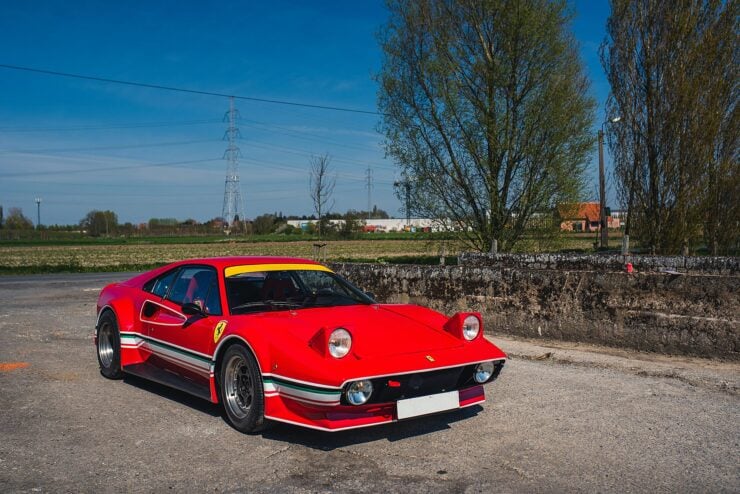 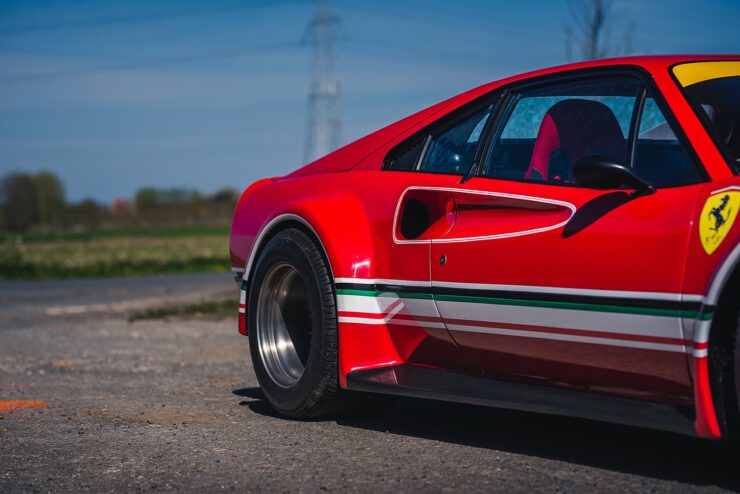 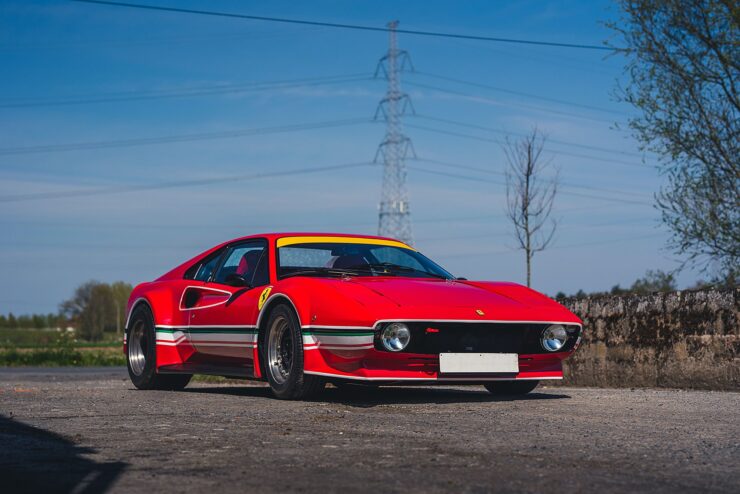 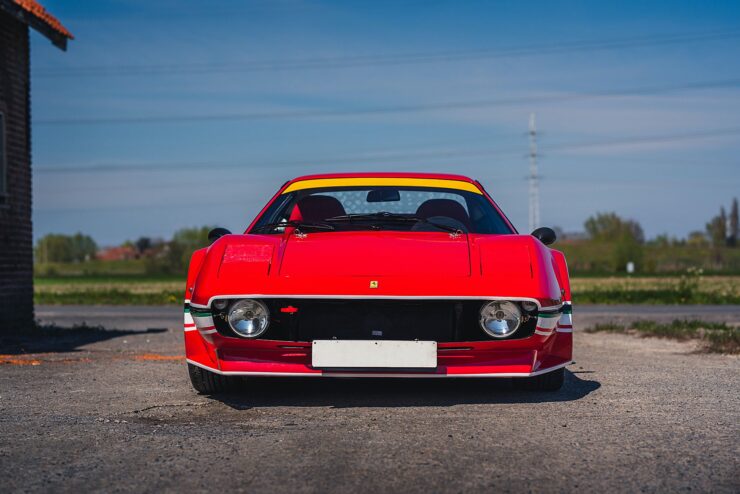 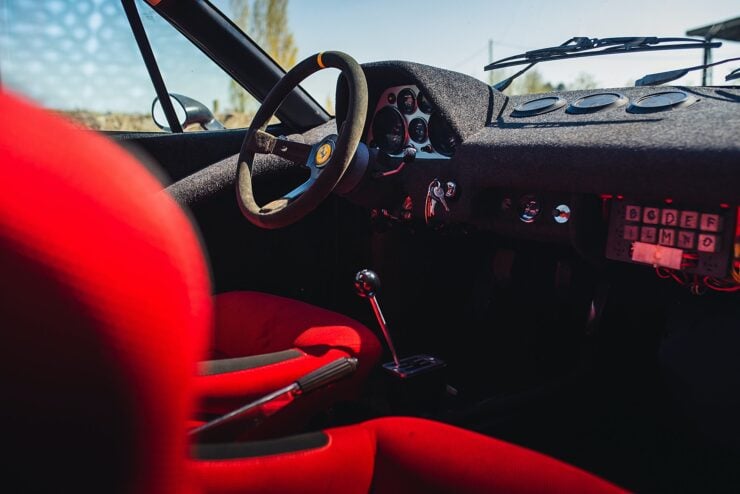 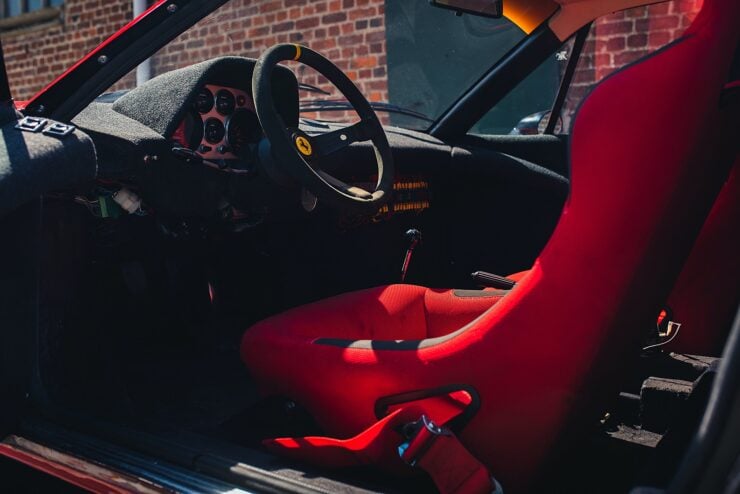 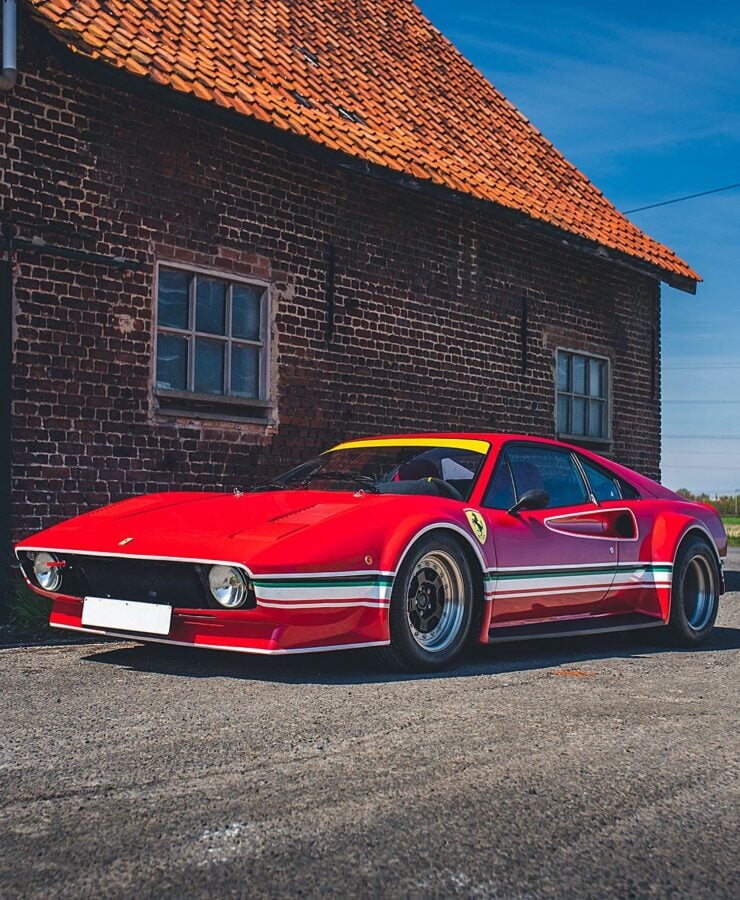 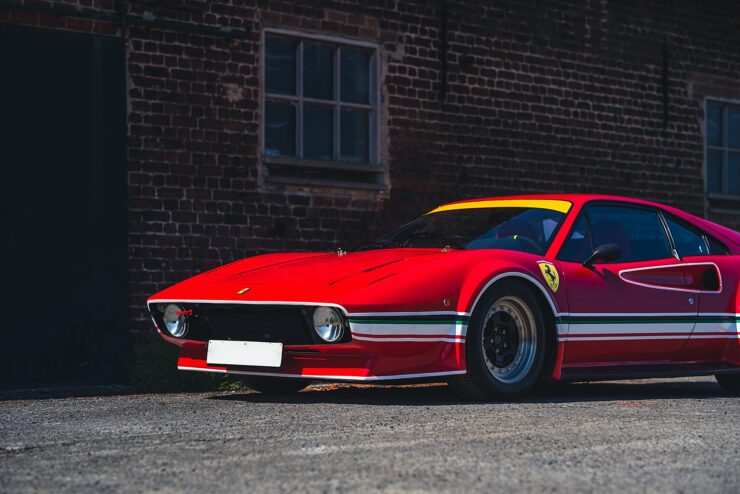 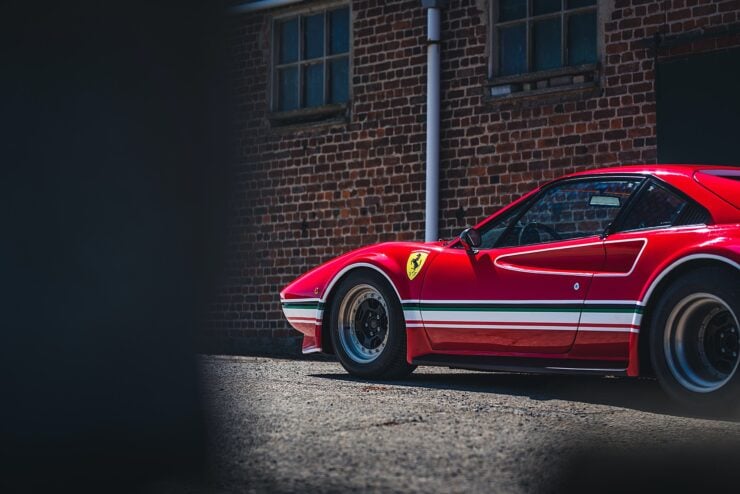 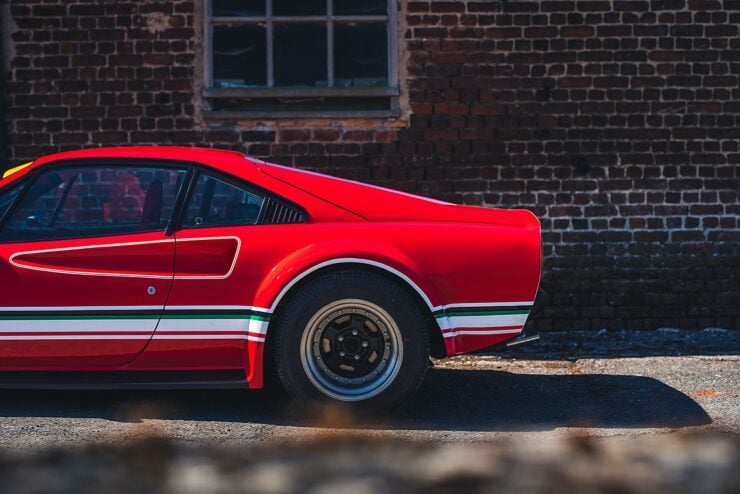 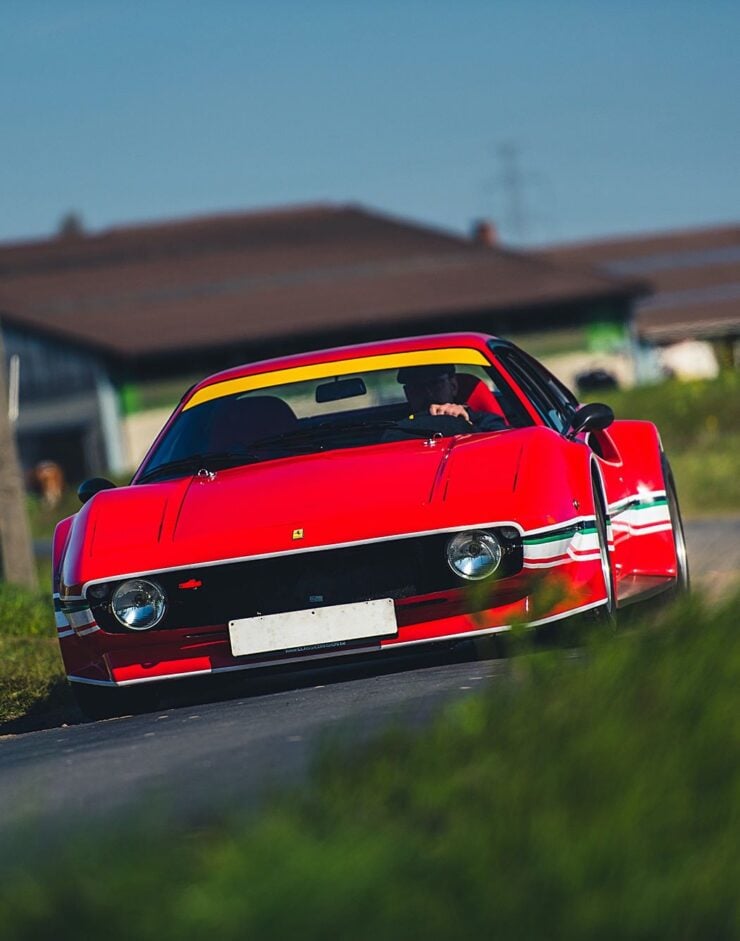 The BMW 3.0 CSL is one of the most important cars in the German automaker’s long history, this one is perhaps a little more special than most because it’s being offered for sale directly from…