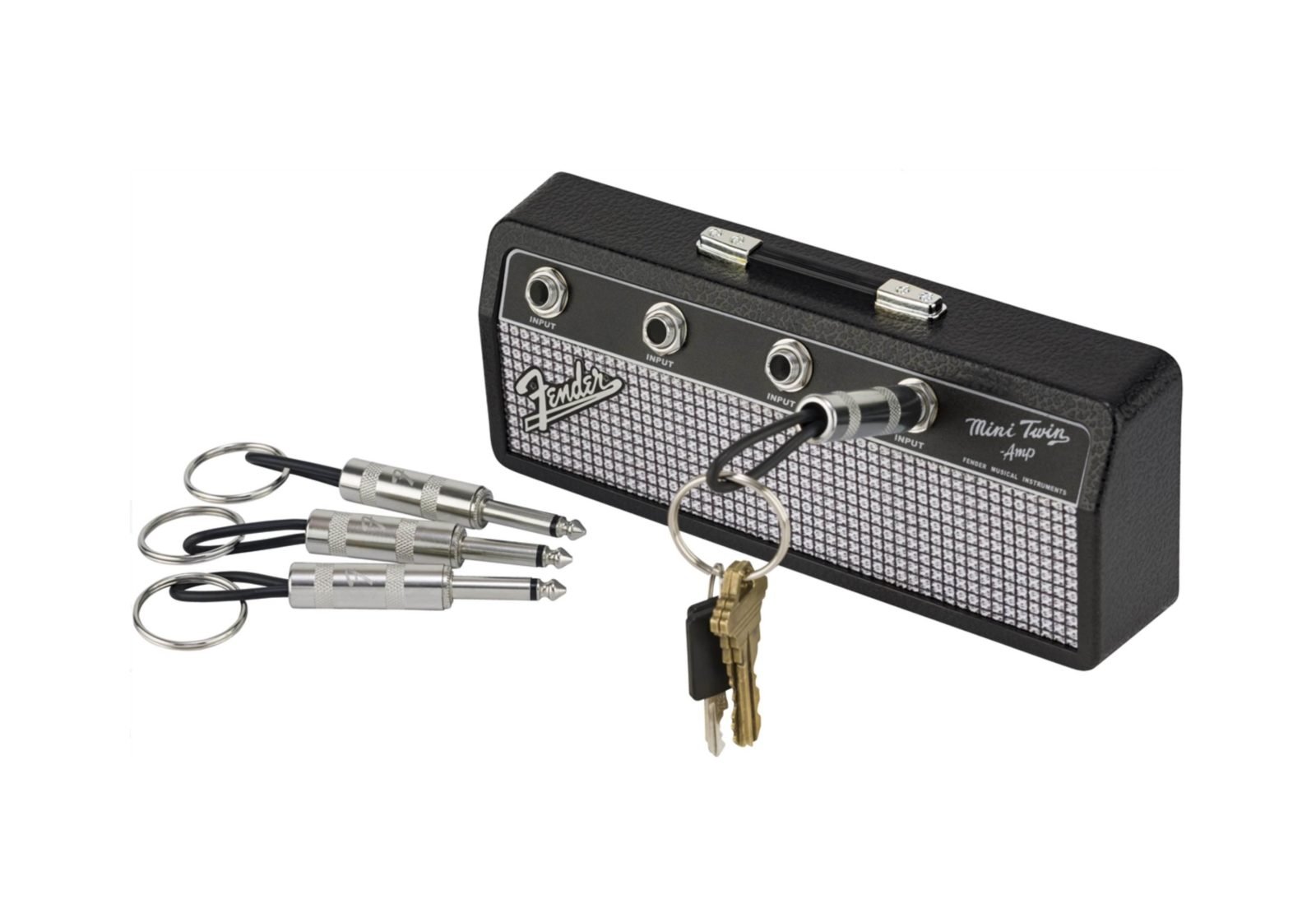 The Fender Jack Rack is a lighthearted key rack developed by the perennial American guitar and amp making company. It’s almost certainly an idea someone had over Friday afternoon beers over in the amplifier department.

Each Jack Rack is made to look like a tiny Fender amp, they’re built using the actual amp grill cloth used on the real deal, as well as actual amplifier inputs and guitar plugs.

The idea is that you attach each of the guitar plugs to your various sets of keys, then plug them into the “amp” when you get home so you always know where they are. It’s essentially just a new take on the age-old key rack with a heavy rock ’n roll slant to it. 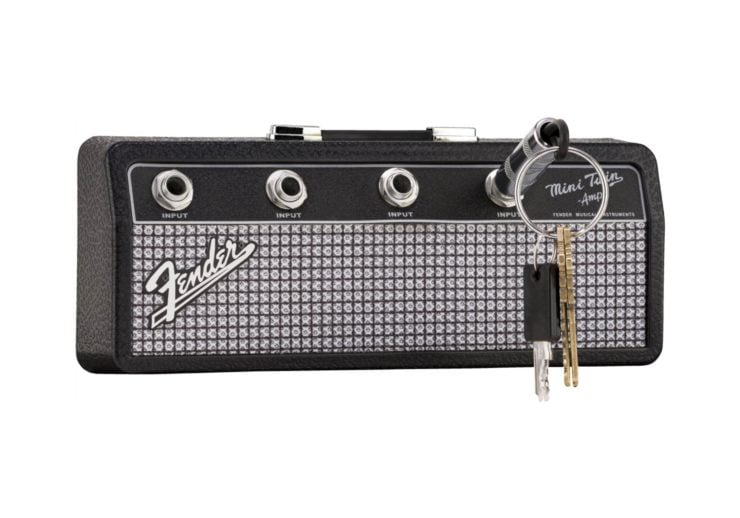 The Fender Jack Rack mounts to your wall, you then keep your keys in it by plugging in the guitar plugs which are each attached to keyrings. The guitar plugs, amp inputs, and even the fabric covering the front are all the same units used on the real Fender amps and guitars.

Although best known for their electric guitars, Fender make some of the most popular guitar amps in the world – in fact Leo Fender began building guitar amplifiers before he started manufacturing electric guitars. 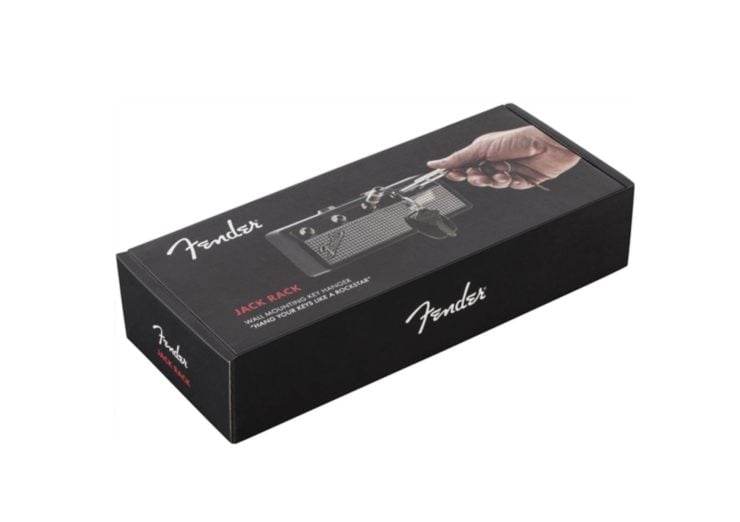 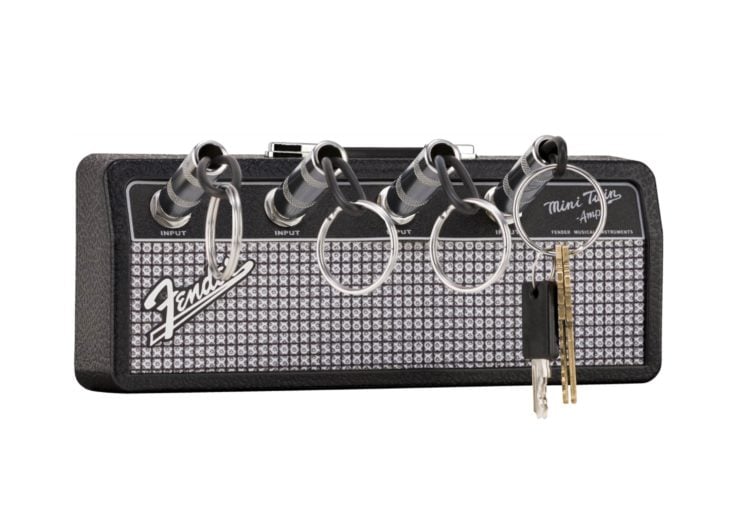 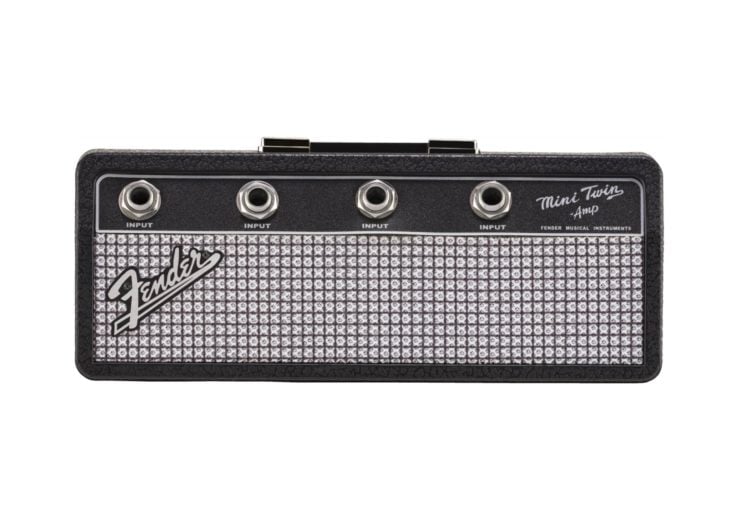