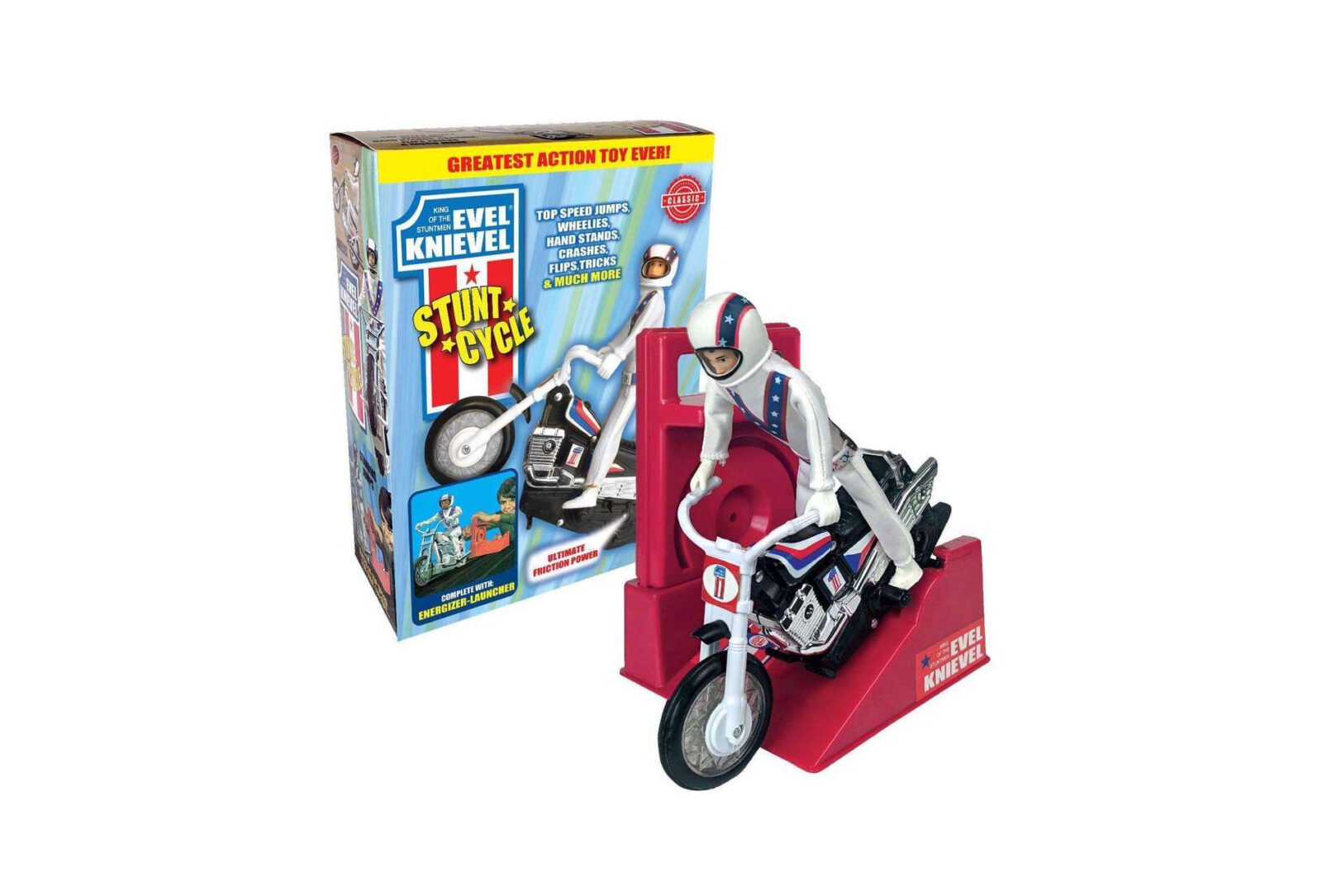 The Evel Knievel Stunt Cycle was one of the most lusted after toys of the 1970s, it features a motorcycle with Evel Knievel aboard as well as a launching ramp, and the toy has just gone back into production for the first time in decades.

To operate the Stunt Cycle you click the motorcycle into place on the ramp, wind it up, and release it to send Evel shooting forwards and up over whatever ramp you’ve constructed in front of him.

Long before Playstations, Pokemon, and iPhones kids spent a lot more time outside making their own fun. Using their imaginations a simple cap gun could be transformed into the centrepiece of a duel at the OK Corral, a broomstick into a valiant steed, and a GI Joe into the hero of an epic battle. As a result, the Evel Knievel Stunt Cycle was perfectly suited to its era.

Evel Knievel needs no introduction of course, he’s still the most famous motorcycle daredevil in history and it’s doubtful he’ll ever lose that title. After school Knievel had started out as a miner however he was fired after he tried to make one of the large earthmovers do a wheelie and accidentally crashed it into the town of Butte’s main power line. This left the town without power for several hours and Knievel without a job.

Over the course of his daredevil career Evel Knievel claims to have broken every bone in his body, he attempted more than 75 ramp-to-ramp motorcycle jumps and many of them where televised to a national audience. When the Evel Knievel Stunt Cycle was released in the 1970s it become one of the best selling toys of the decade, after it left production it became highly collectible.

Each Stunt Cycle set is outwardly almost identical to the original, though it now has a stronger and more reliable internal mechanism which can send Evel off for longer and higher jumps. The toy was designed in California, each one ships out within 24 hours of the order being received, and the MSRP is $39.95.