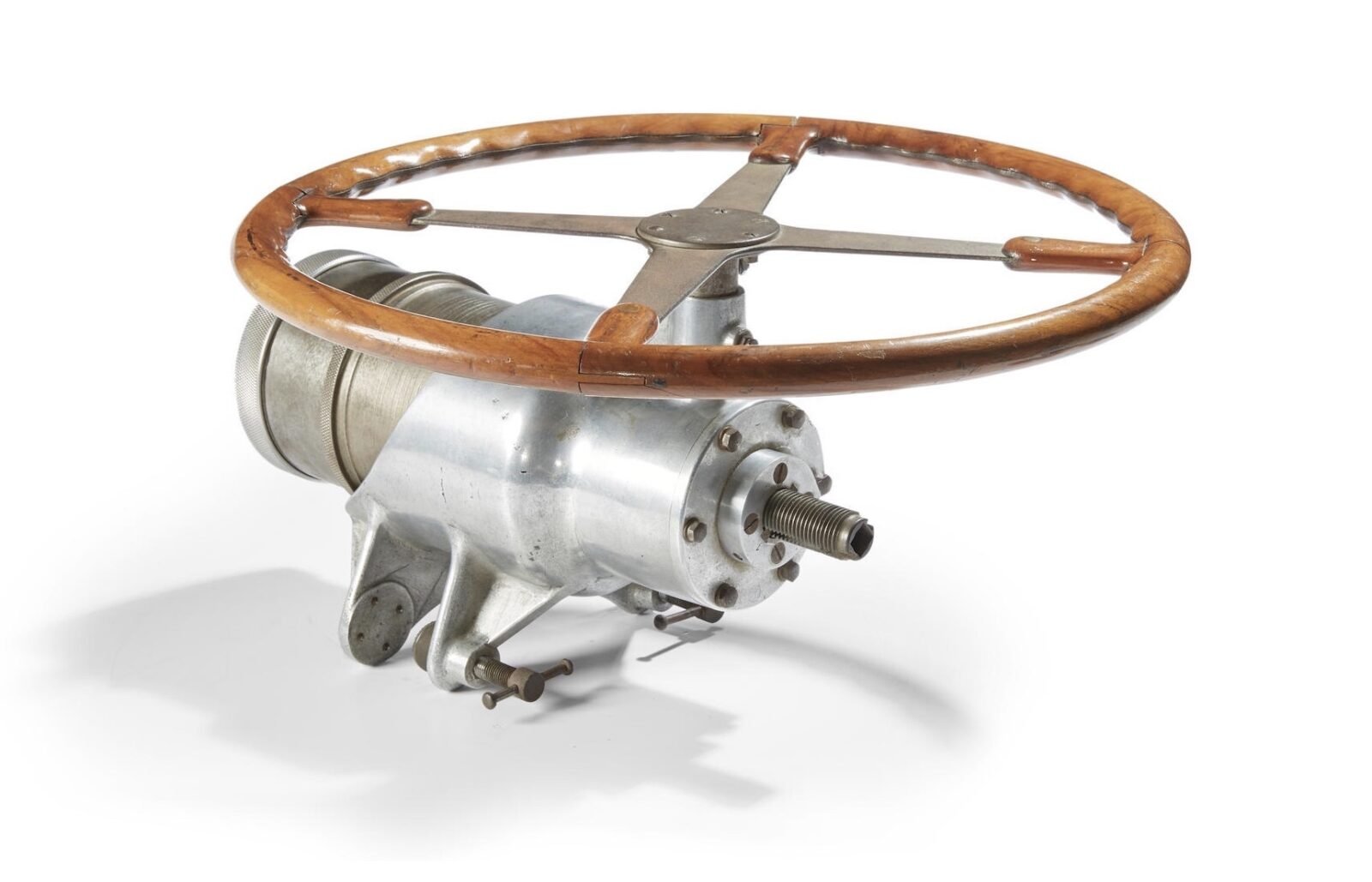 This is Ettore Bugatti’s pasta machine, he designed it himself after his previous pasta maker broke and the anticipated wait time for a replacement was considered unacceptable. Bugatti was born in Italy but spent much of his life in Molsheim, which switched between German and French ownership twice during his lifetime.

As an Italian with significant French roots Bugatti was a well-known gourmand with impeccable table manners, he once refused to sell a man of royal lineage a car based solely on his appalling and decidedly non-royal table manners. Bugatti had his own personal Italian chef as well as a hen house on his estate to ensure a constant supply of fresh eggs – a critical ingredient in both Italian and French cuisine. He also had his own personalized table setting with his own custom made cutlery – all of which carried his monogram.

A great lover of freshly made pasta, Bugatti set to work designing his own pasta machine after his chef informed him that there would be no fresh pasta till a new machine could be delivered. He developed a cast aluminum alloy casing with a Bugatti steering wheel in place of the traditional hand crank. Apparently he would rather steer his way to spaghetti than tirelessly crank a handle as if attempting to start a dead car. 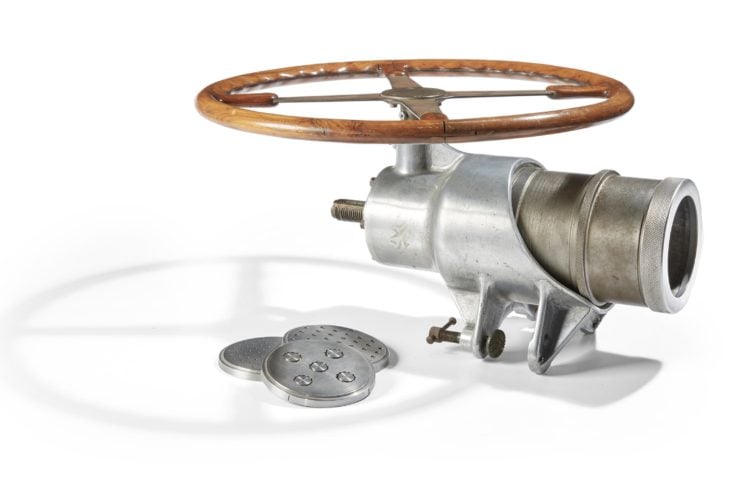 The Bugatti pasta maker was made at the Bugatti factory by the same men who built the engines, they also made three dies so the machine can produce more than one kind of fresh pasta. The machine is installed with the wheel perpendicular to the ground with the pasta coming out of the base using gravity to avoid bunching.

It’s believed that this is the only Bugatti pasta machine that was ever made which implies it must work quite well and it’s certainly stood the test of time. It’s now coming up for sale with Bonhams at the Amelia Island Auction on the 5th of March with an estimated value of between $5,000 to $10,000 USD. It measures in at 17 inches long, by 7 inches wide, and 10 inches high not including the wheel.

We can only hope that it’ll be bought by a restaurant somewhere so we have the chance of trying some authentic Bugatti pasta. If you’d like to read more about it or register to bid you can click here to visit the listing. 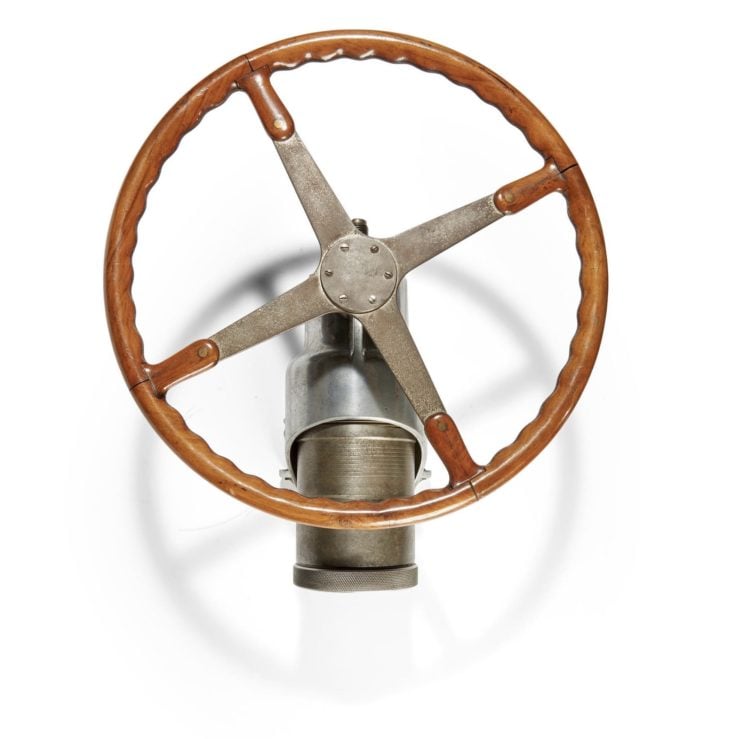 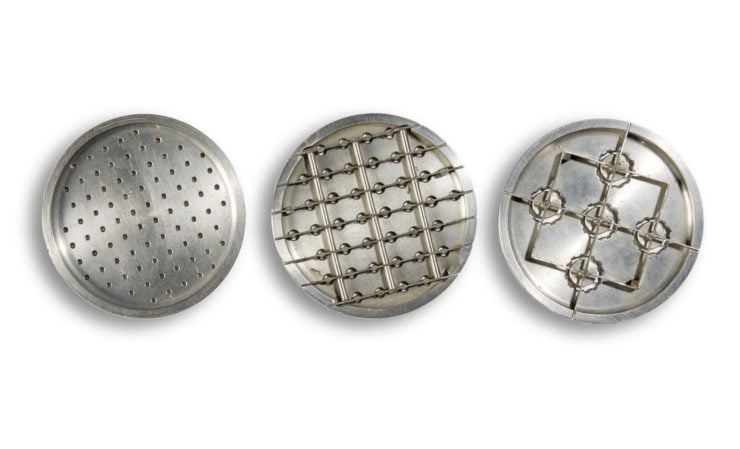 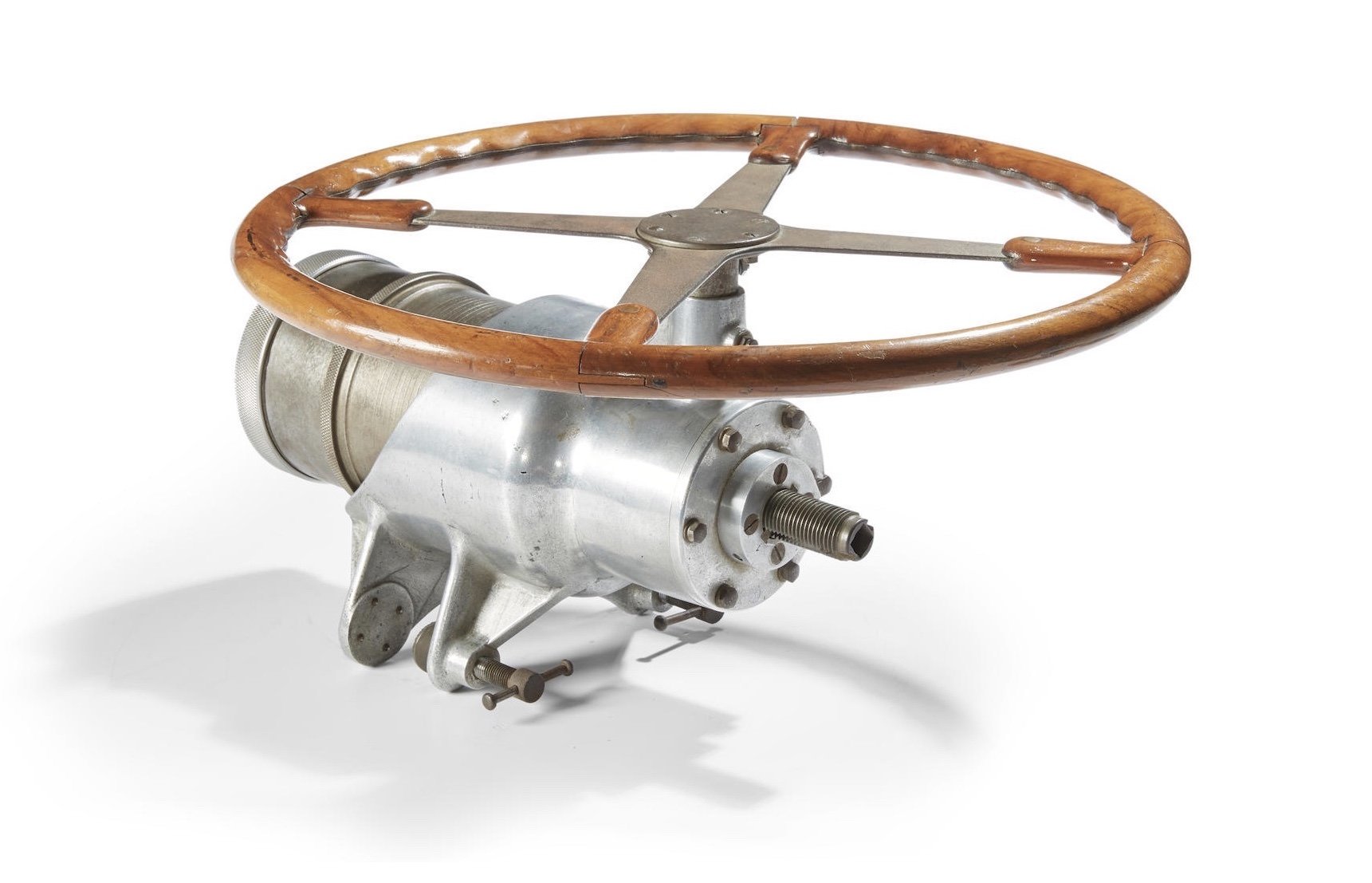