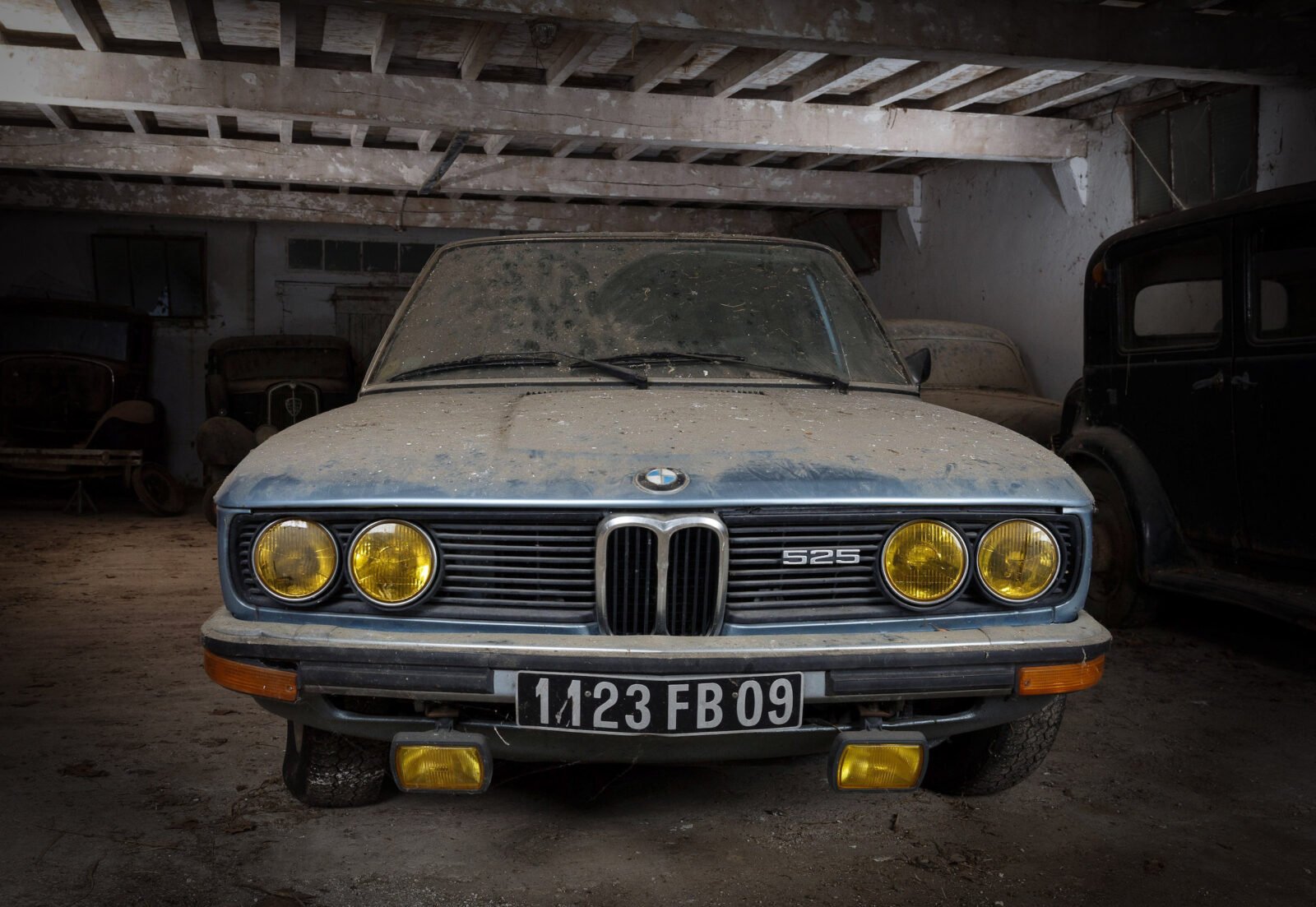 This 1975 BMW E12 525 has been sitting unused and under cover for a few years, it’s part of a large collection of cars that belongs to André Trigano, the larger than life mayor of Pamiers in the south of France. The BMW will be offered for sale on the 2nd of May with no reserve and an estimated value of between €500 and €800.

Trigano bought this car from a BMW dealership in Paris and first registered it in Ariège, it come from the factory in fjord blue with a dark blue velvet interior, the front seats are protected by covers, it’s fitted with classic yellow headlights, and it comes with its user manual and servicing book.

André Trigano belongs to a well-known French family of entrepreneurs, perhaps most famous for their production of tents and camping supplies. He was born in 1925 and lived through the Second World War, his father was a notable member of the French Resistance. 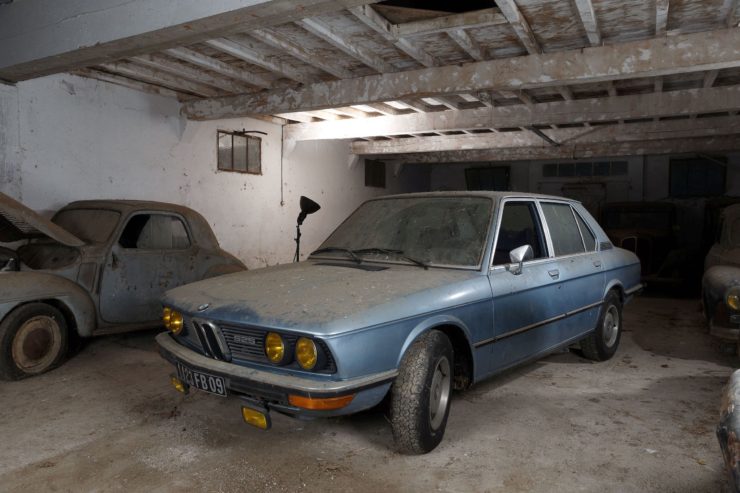 Now 94 years old André Trigano has had a remarkable life, he turned from the world of business to politics and has amassed decades of experience as the mayor of Mazères, the mayor of Pamiers, as well as a councillor. He was awarded the Commander of the National Order of Merit in 2011 and the Legion of Honor in 2008.

With 196,000+ kms (128,000 miles) on the odometer, it’s likely that Trigano used this BMW 525 as daily transportation for a number of years. It was parked up indoors with the other cars in his museum collection many years ago where it has remained ever since, it’s now complete except for one missing tail light on the left side.

The BMW 525 a popular iteration of the E12 platform that was in production from 1972 to 1981, it has distinctive styling has won it fans around the world, and its design was highly influential on many BMW models that would follow. 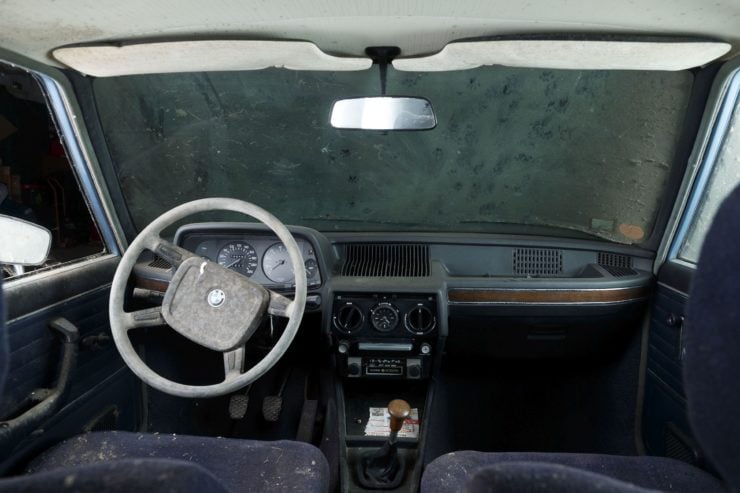 The 525 version of the E12 was fitted with the M30B25 engine, a 2.5 litre (2,494cc) inline-six with a single overhead cam, a cast iron block, aluminium head, and either electronic fuel injection, or carburettors. The E12 features independent suspension on all four corners with McPherson struts, coil springs, and transverse control arms up front. In the rear you’ll find a diagonal link axle with coil springs, and the 525 has a rear sway bar.

This model has disc brakes front and back, with power steering, a manual transmission, and an eight track stereo. Inside the car you’ll find seating for 5 adults as well as ample trunk space and excellent visibility from the front, sides, and rear.

Without inspecting the car in person it can be hard to know exactly what condition it’s in so any potential buyer should proceed with caution and expect the unexpected. That said, as an inexpensive project car it certainly looks promising, and may be worth a closer inspection before the auction. If you’d like to read more about the car or register to bid you can click here to visit the listing on Artcurial. 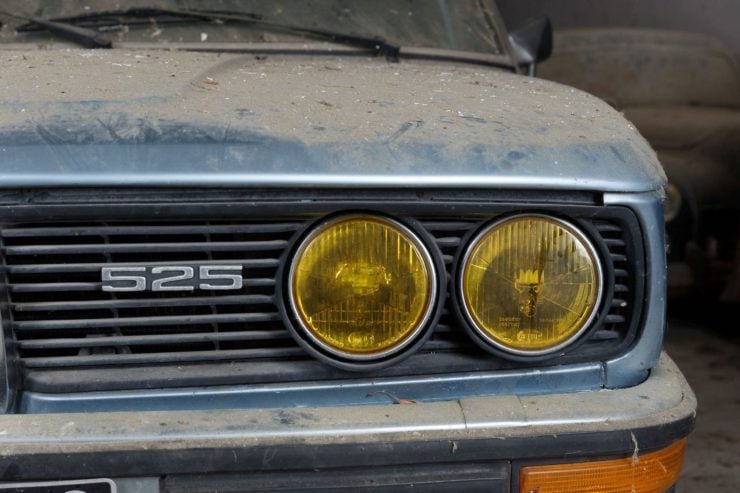 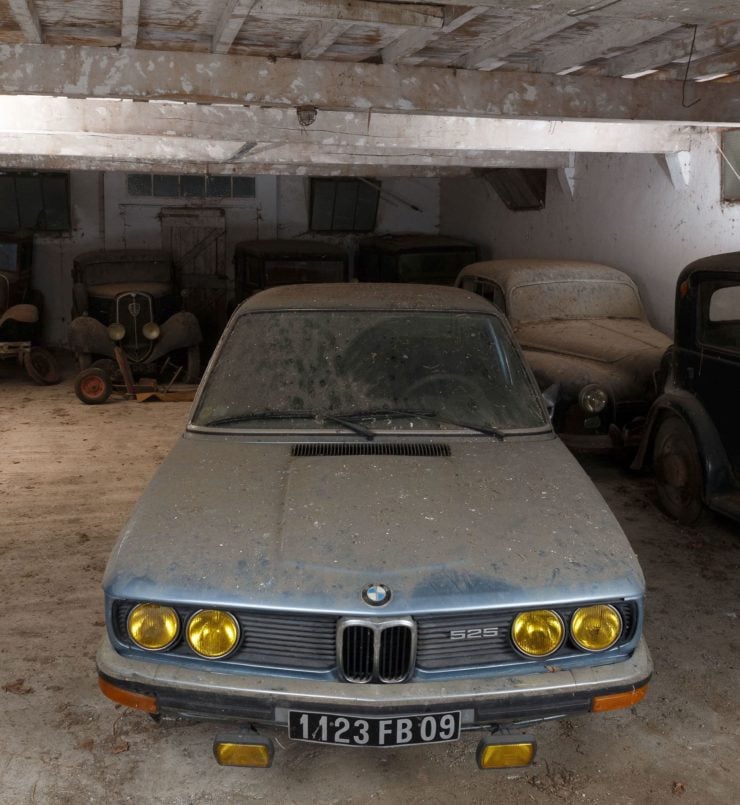 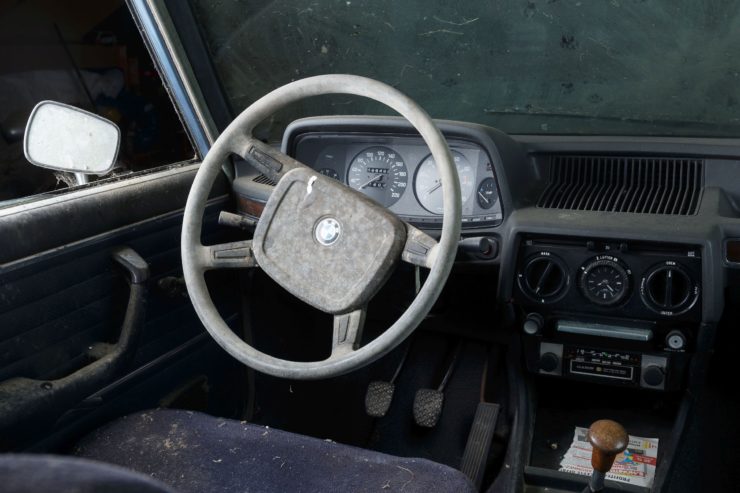 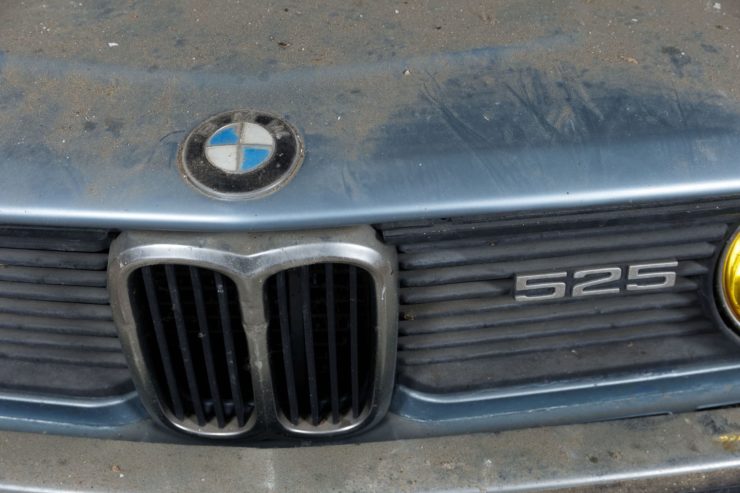 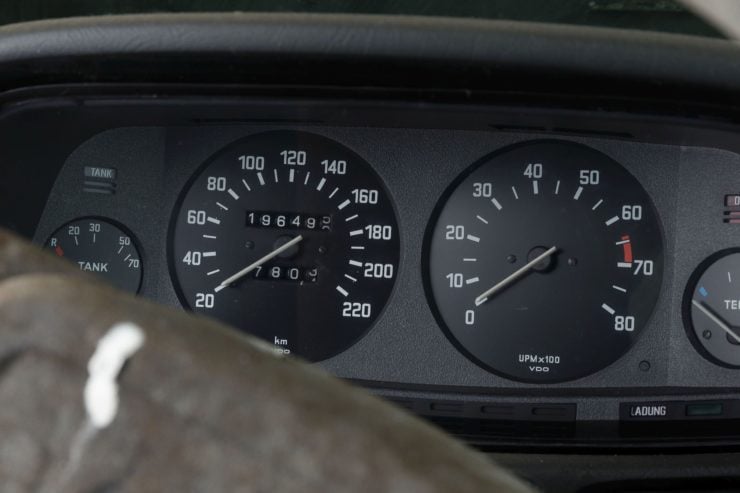 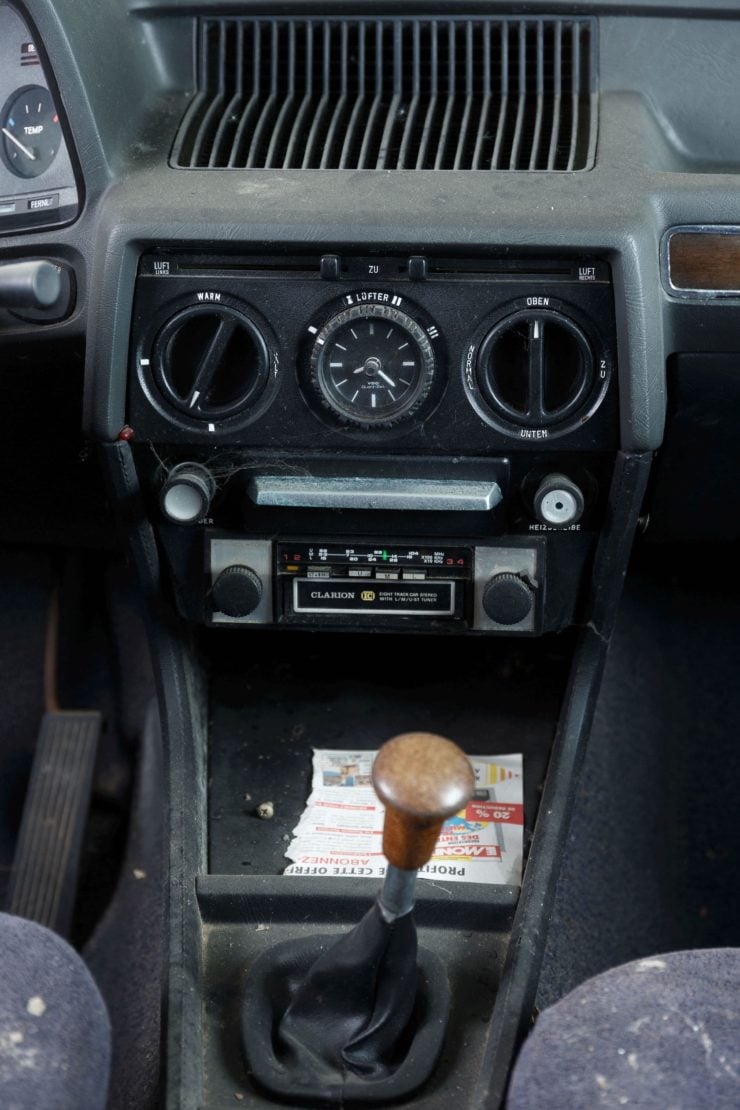 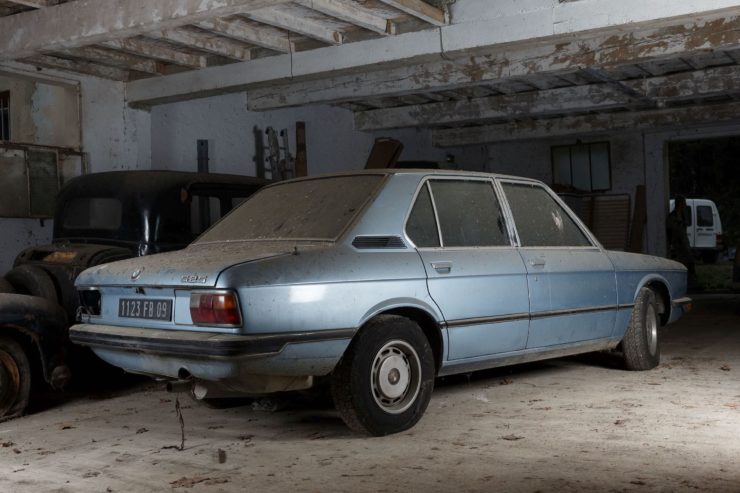 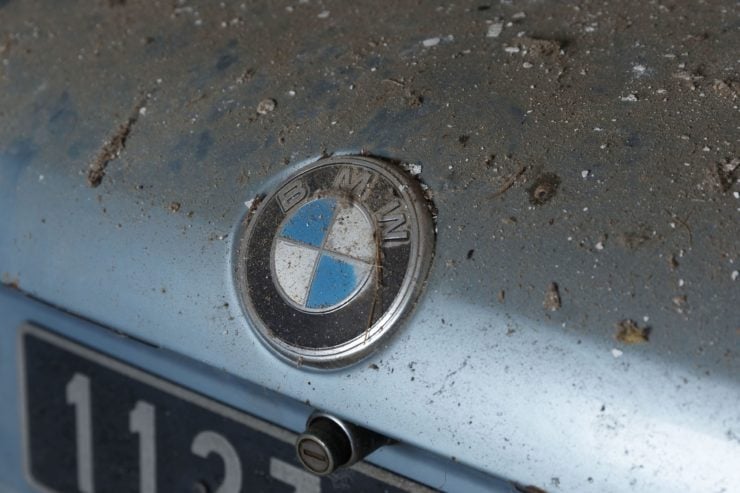 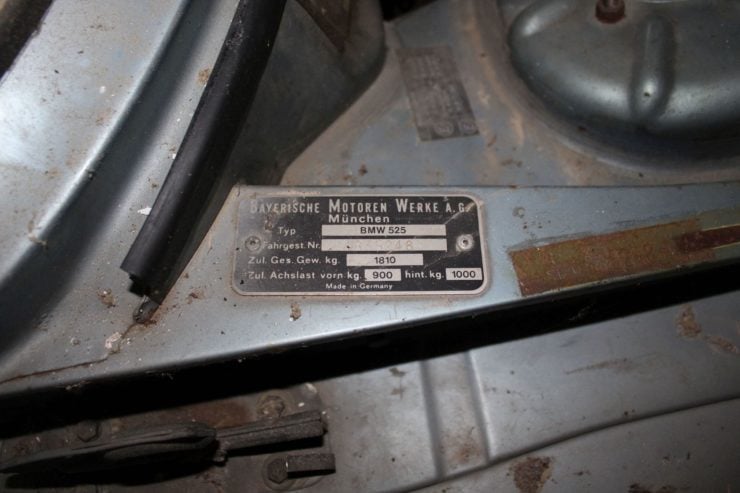 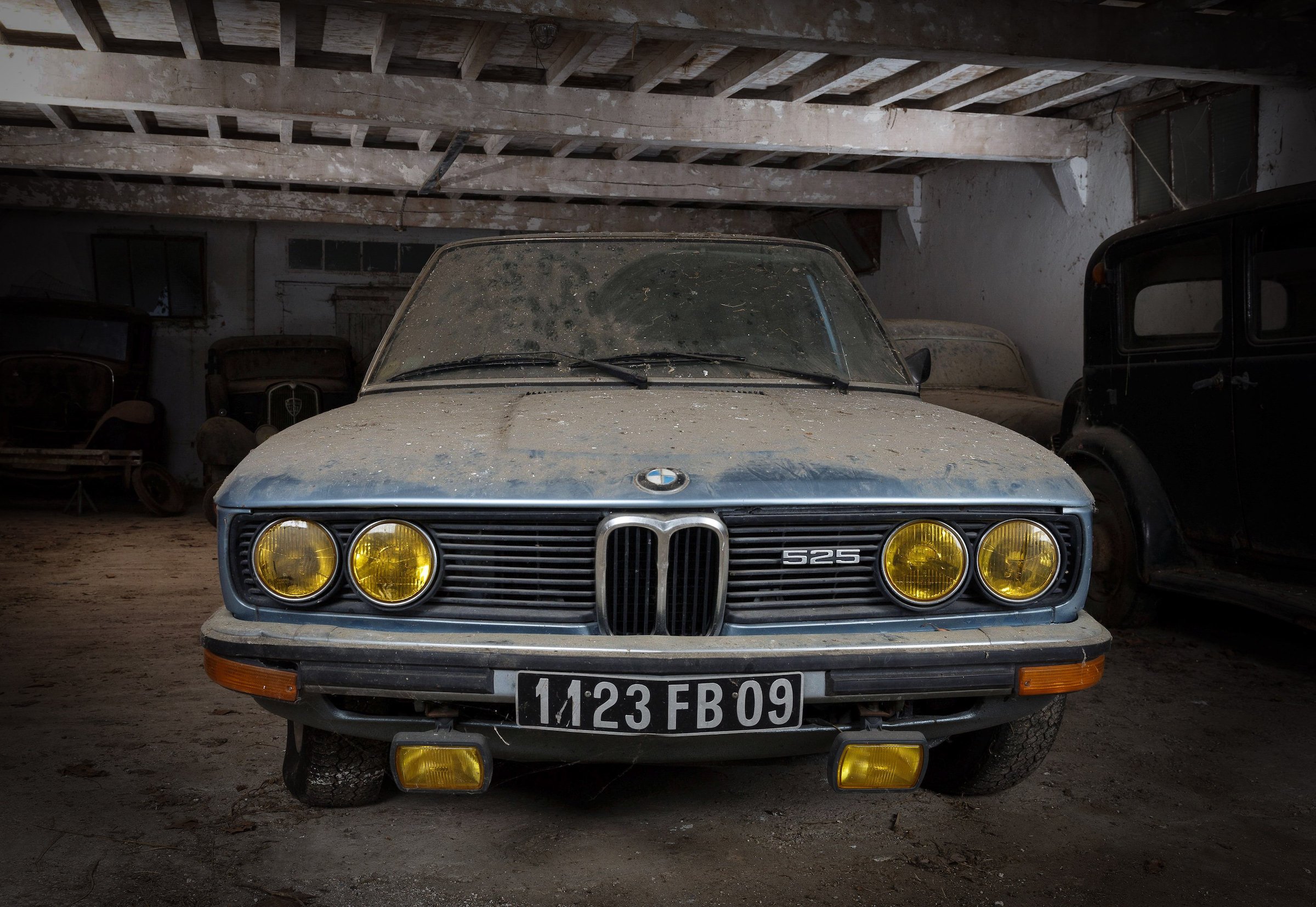