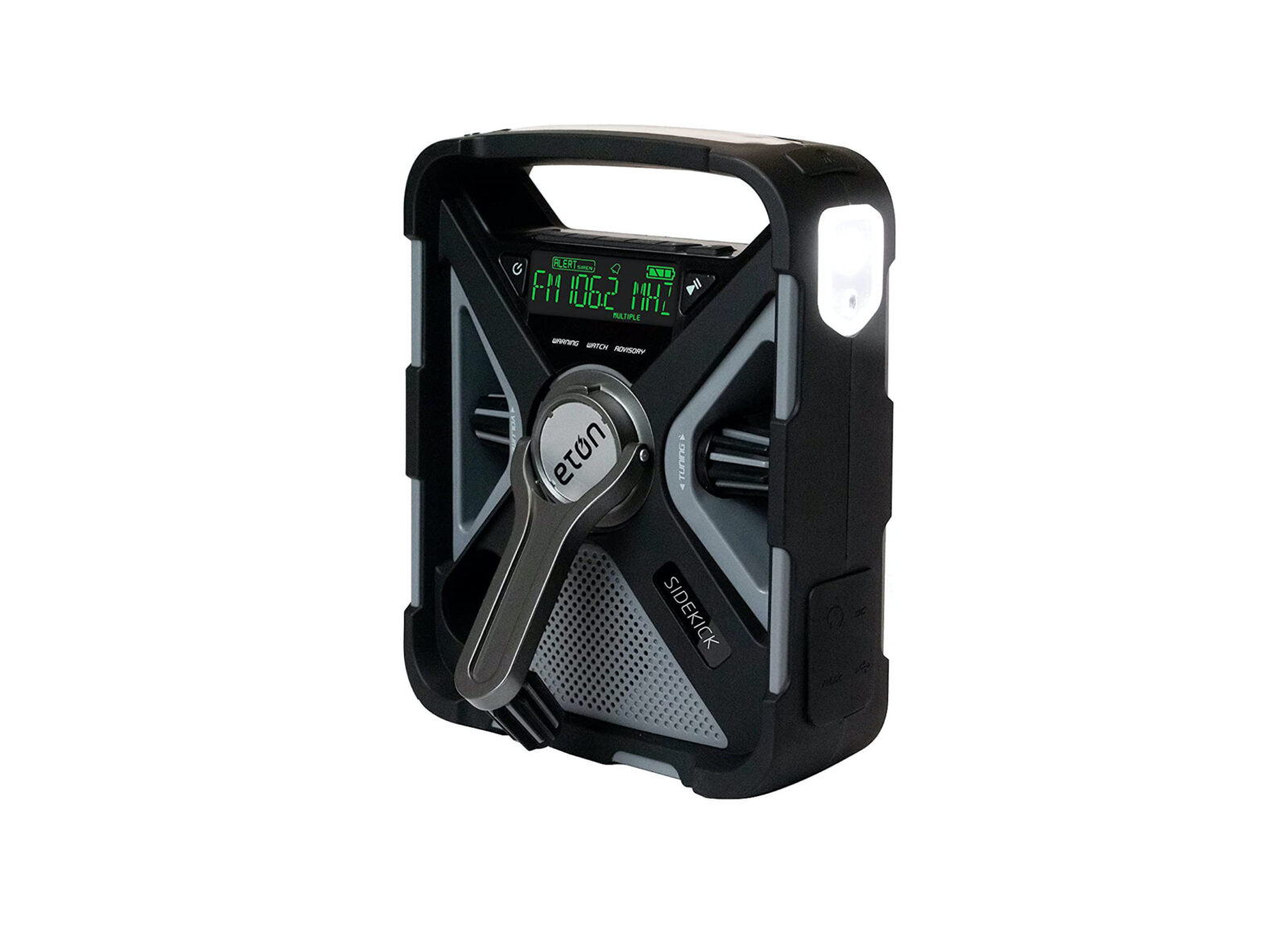 This is the top-of-the-line survival and camping radio from Eton, it’s a self-contained unit that has both a hand crank and a solar panel for recharging on the go – and it can recharge your other electronic devices via its USB port.

When camping it’s a good idea to have a device on hand that can recharge things like smartphones and GPS units, as well as listen to weather radio, function as a bluetooth speaker for music, and an ambient light.

These are the key functions that the team at Eton rolled into this unusual device, it was designed for campers and for those who want a backup unit for use in survival situations when the mains power goes down but you still need to keep things charged and listen to NOAA radio for updates on your situation. 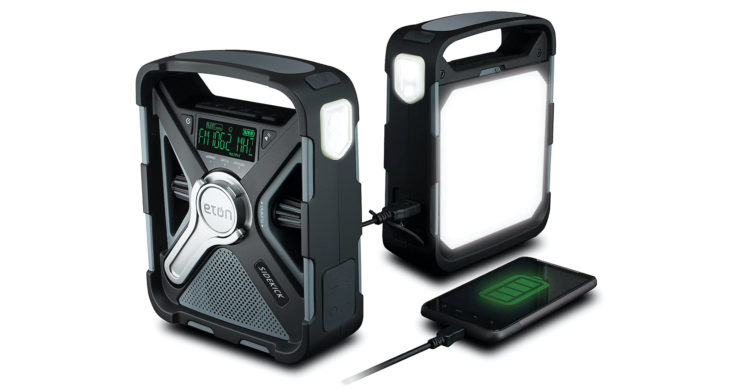 The solar panel is located on the top of the device’s handle and the hand crank folds out of the centre, it’s important to note that you can also charge the internal lithium ion battery by plugging it into a mains outlet.

On the side you’ll find a bright LED flashlight and a red emergency beacon and on the back there’s a large LED ambient light (with dimmer) to illuminate camp sites and other spaces. The features S.A.M.E. Technology (specific area message encoding) – just enter your S.A.M.E. County Code and if there’s a warning, watch or advisory you’ll see it with red, orange, or green lights.

In direct sunlight the solar panel will fully charge the internal battery in 5 to 6 hours, and four minutes on the hand crank will give you 10 to 15 minutes of radio time. The device also has an extendable aerial to help you get a signal in more remote locations.

The MSRP of the Eton Sidekick is $99.99 USD, some use them for camping and some keep them tucked away ready in case they’re ever hit by a natural disaster. 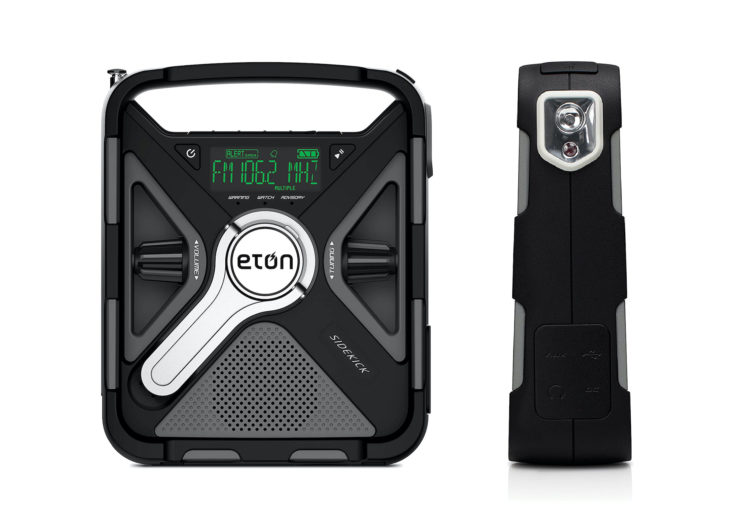 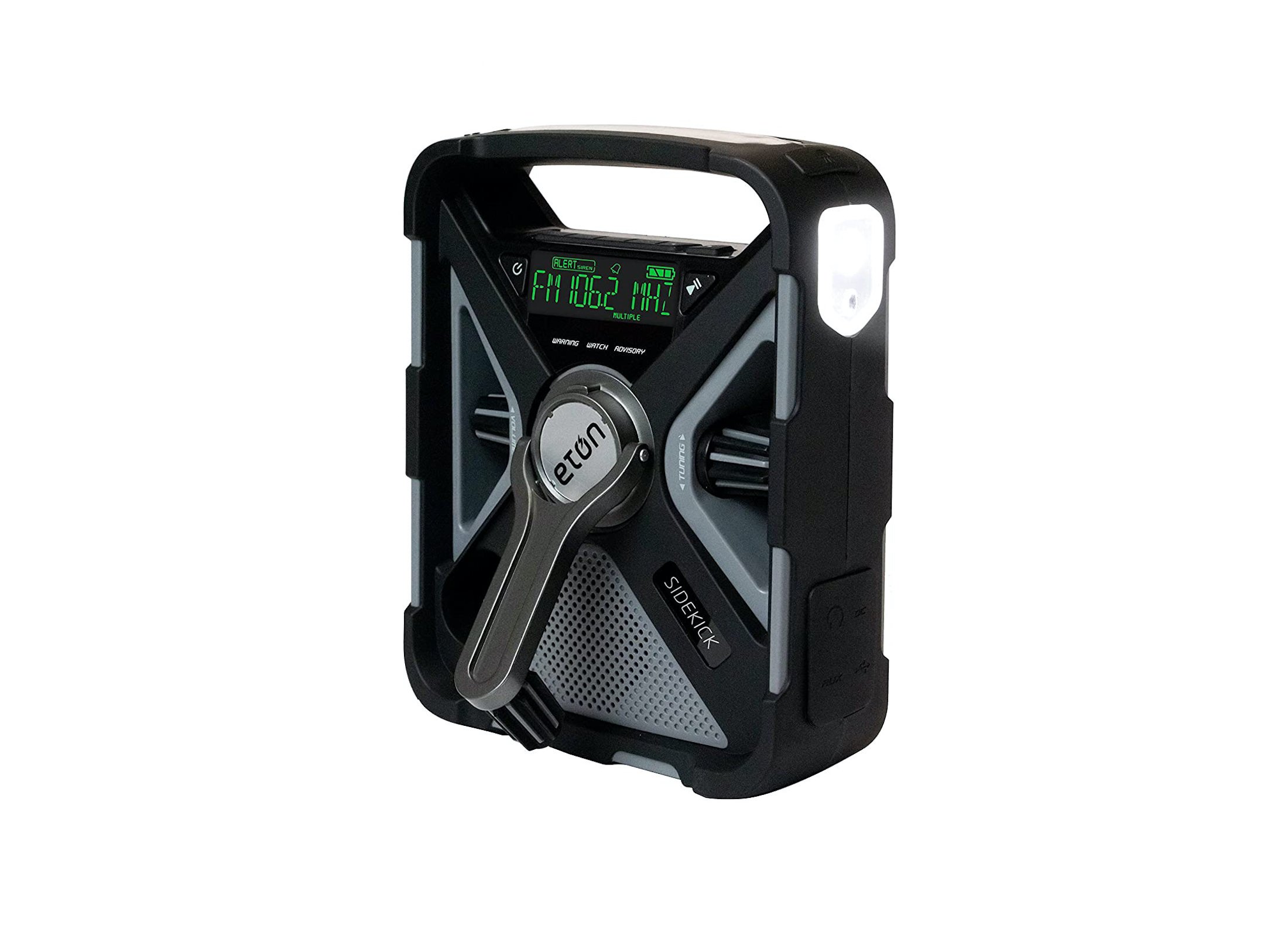 Facebook Twitter WhatsApp Email This is the new Floyd line of suitcases, a modern collection of luggage inspired by 1970s skate and surf culture in…

Facebook Twitter WhatsApp Email This is an original Arova-Porsche 212 Skibob, for the uninitiated it’s essentially a bike with skis instead of wheels that…