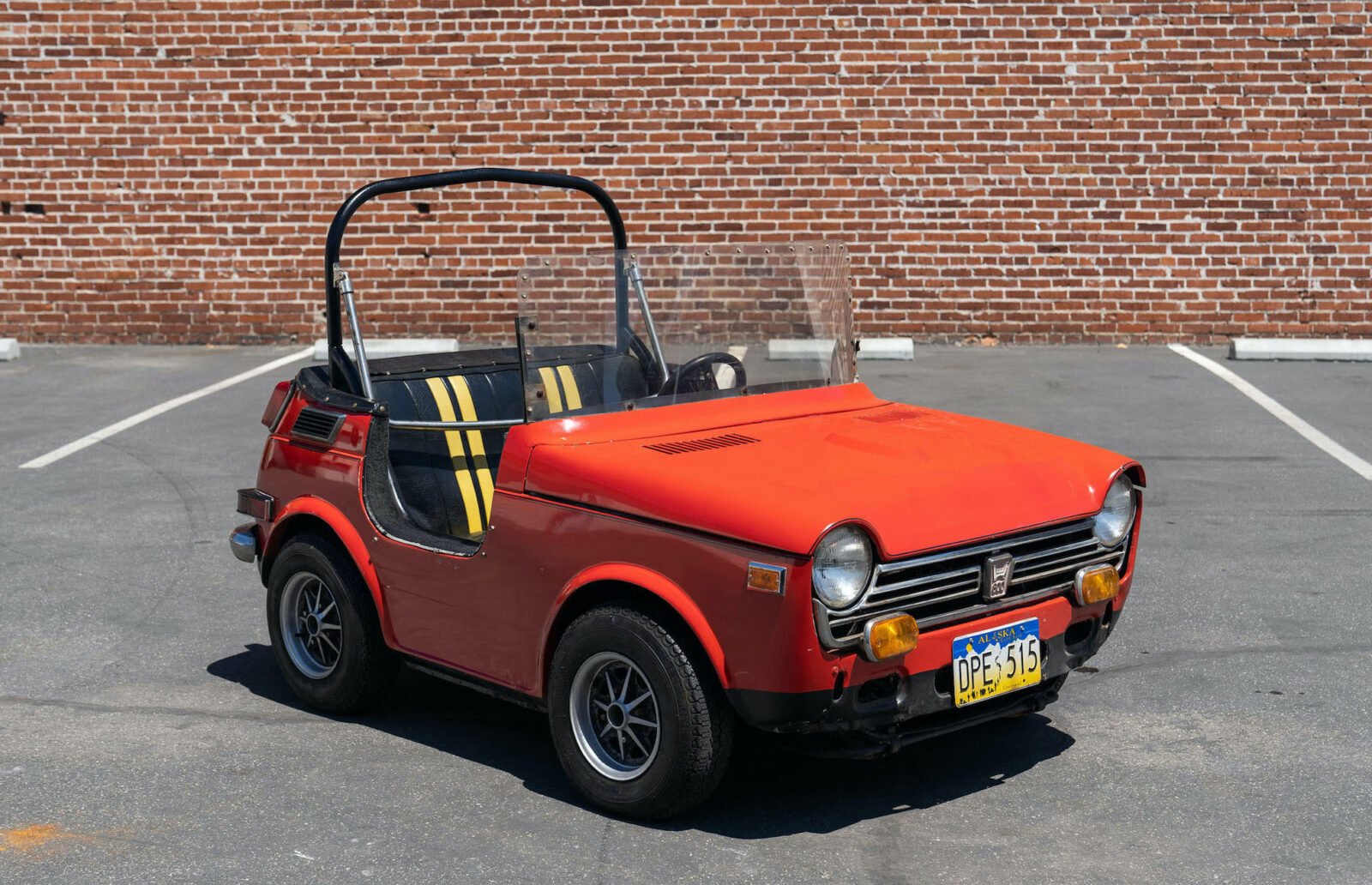 This delightful little Honda N600 is a road-legal minicar that was built to be perfect for towing behind an RV. The Honda 600 was a sound choice for the customization as it has a front-wheel drive layout making the process of cutting and shortening the body simpler than it may have been for a rear-wheel drive vehicle.

The Honda N600 was a critically important car in the history of the Japanese automaker, it was the first automobile that they would officially export to the United States, and it would set the stage for the car that succeeded it – the Honda Civic.

The predecessor to the N600 was the very similar looking N360, a Japanese Kei car first introduced in 1967 with a tiny 354cc air-cooled SOHC 2-cylinder engine. It was believed that the Honda N360 would be unsuitable for the US market due to the importance of higher-speed highway driving and the lack of Kei car-like tax breaks for small vehicles. 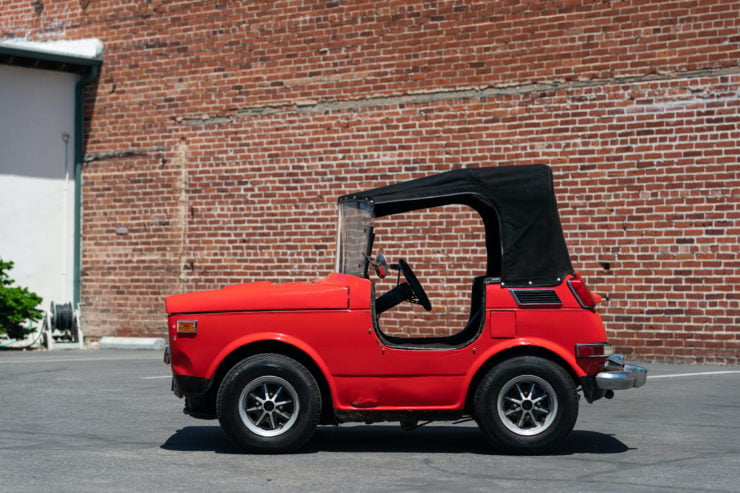 Both the N360 and the N600 used steel unibody construction with a similar transversely mounted, front-wheel drive layout as the popular Mini, in fact it’s generally believed that the little Hondas had taken much of their inspiration from the British car.

When it was first introduced into the American market in 1969 (as a 1970 model) the car found a niche audience thanks to the fact it was well-suited to urban transport. It was replaced by the larger Honda Civic in 1972 which would go on to become one of America’s best selling cars. 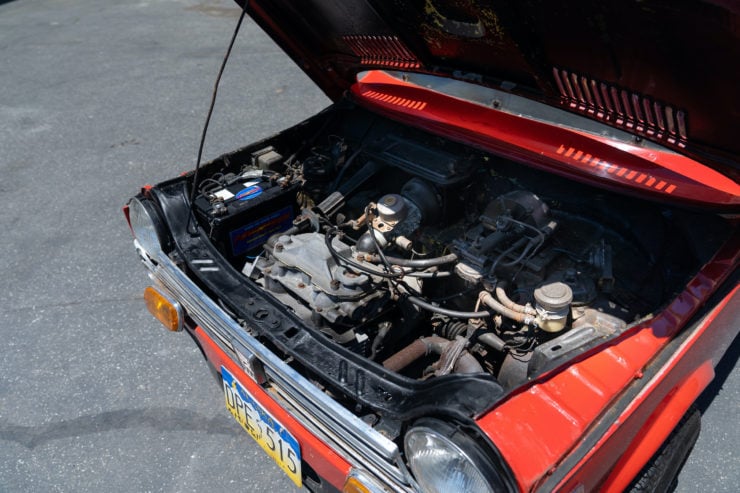 The unusual little 1972 Honda 600 you see here is even smaller than most thanks to the fact it has been cut and shortened, creating an even more mini version of the popular Japanese minicar. The car is still powered by the 598cc 2-cylinder 36 horsepower engine so performance is likely to be peppy thanks to the lower weight and shorter wheelbase.

When modifying the car the roof was removed, a roll bar added for safety and a folding convertible top was made for the car. The original windscreen was also removed and replaced with a lightweight piece of perspex, and the doors were left off to keep the car as simple as possible, you now enter and exit the car by stepping over the sides.

Many RV owners will attach a small tow car to the back of their vehicle as it allows them to go on day trips and run errands without having to drive a large RV everywhere – this saves on fuel and maintenance but most importantly it makes life a little easier.

The car does have a little patina and some minor damage to the left-hand side however with its estimate of $3,000 to $4,000 USD it’s doubtless going to be taken home by someone who’s looking for something a little unusual. There’s no reserve on the auction and it’s due to roll across the block later in September, if you’d like to read more or register to bid you can click here to visit the listing. 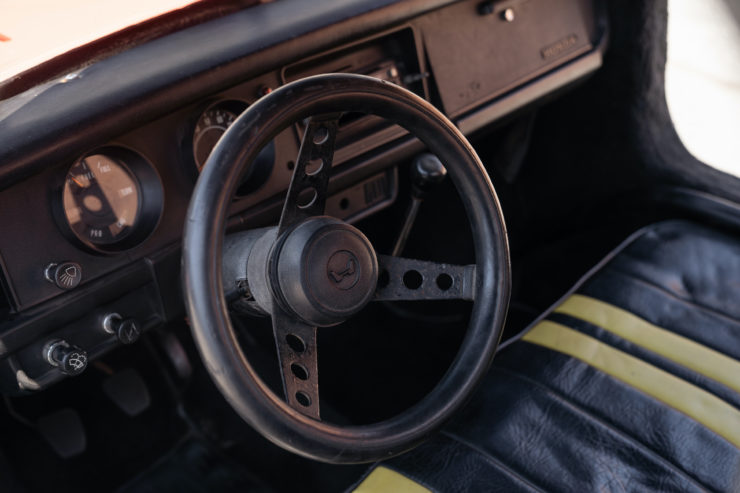 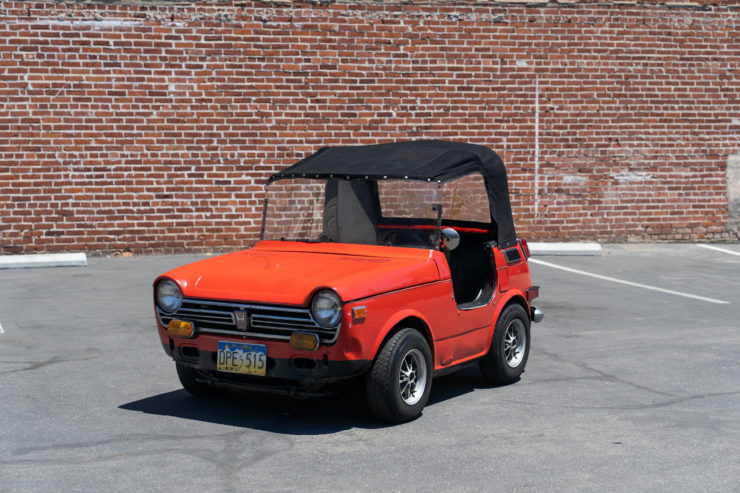 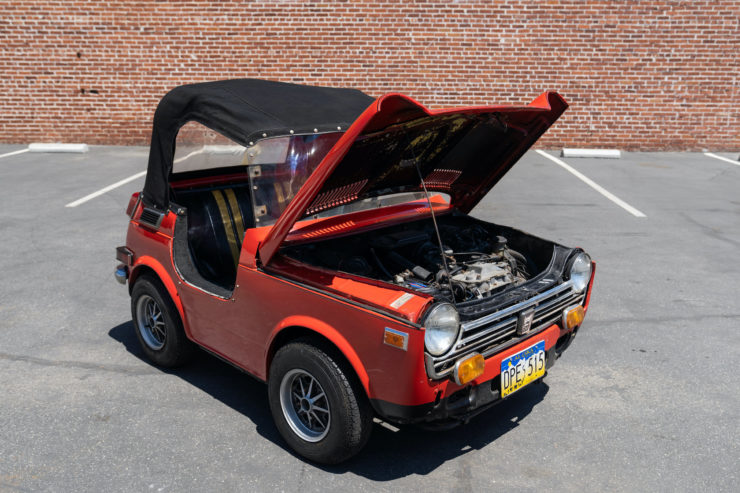 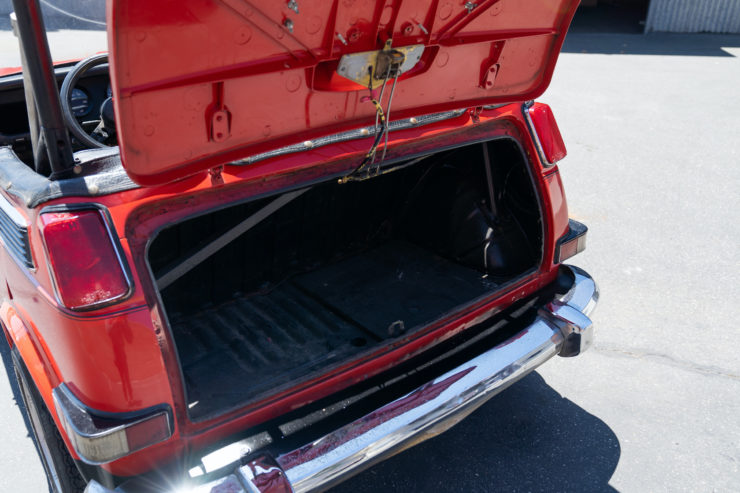 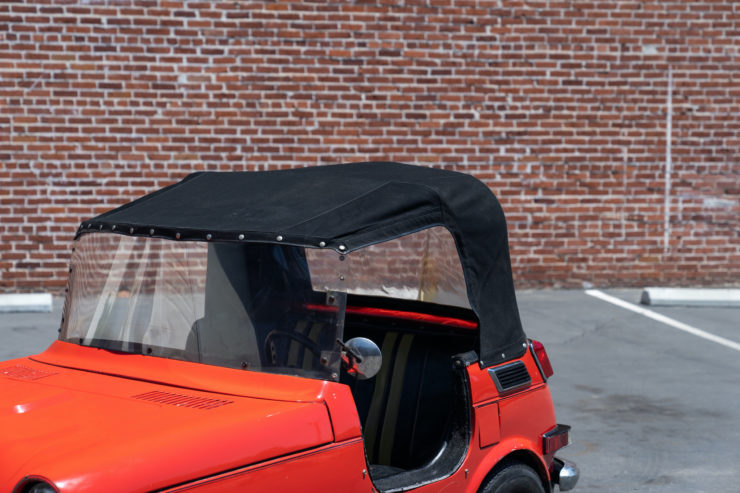 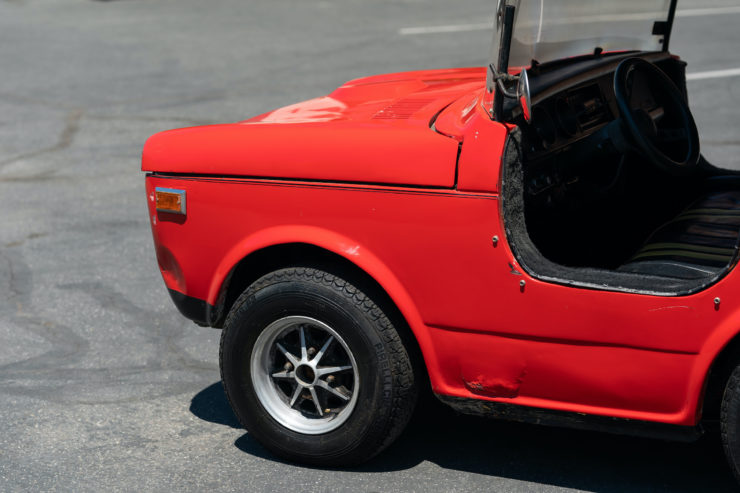 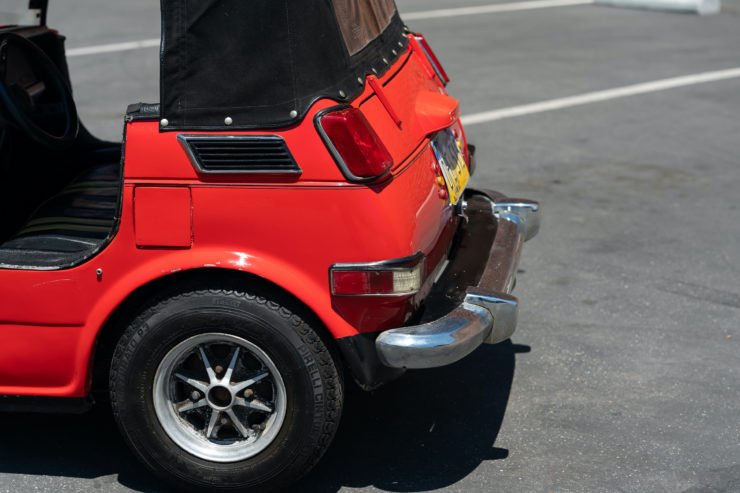 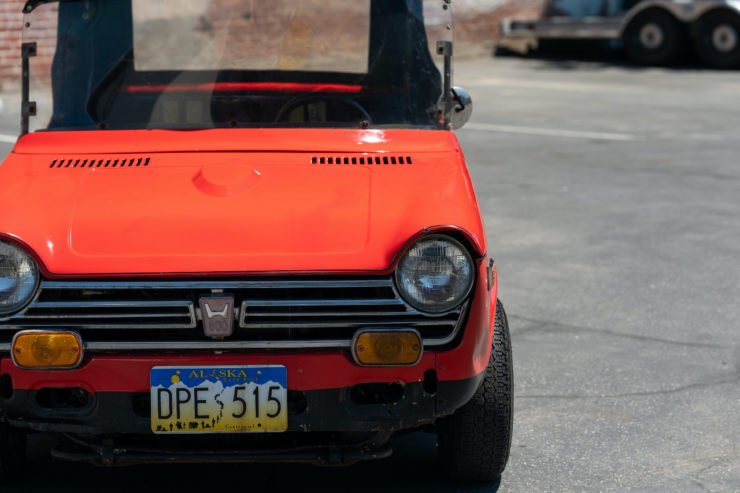 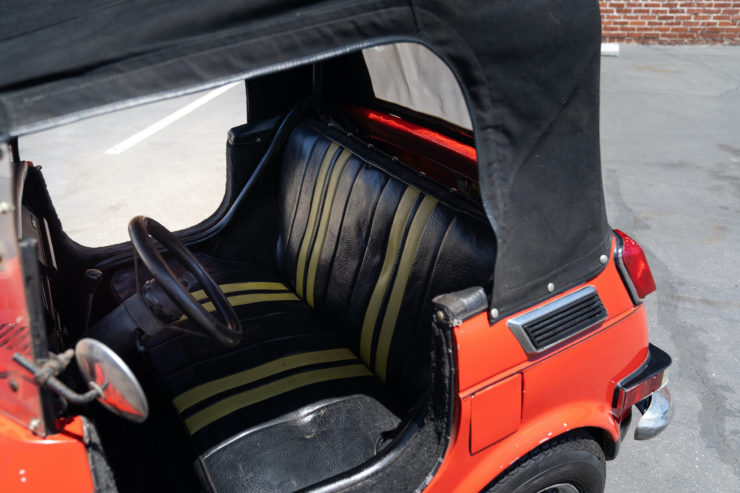 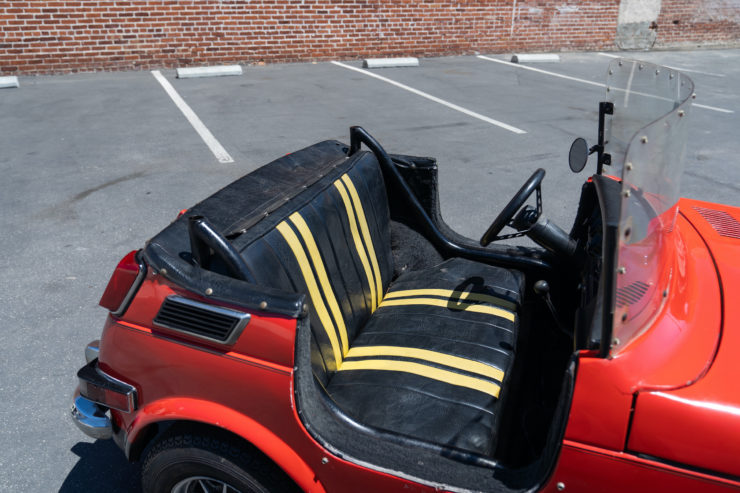 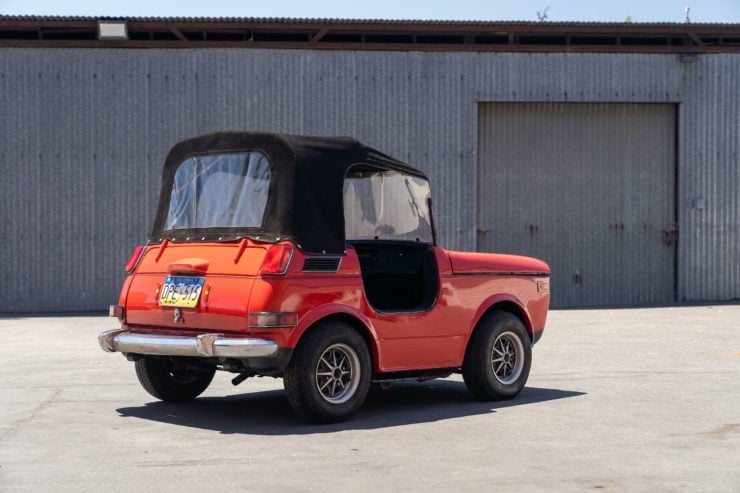 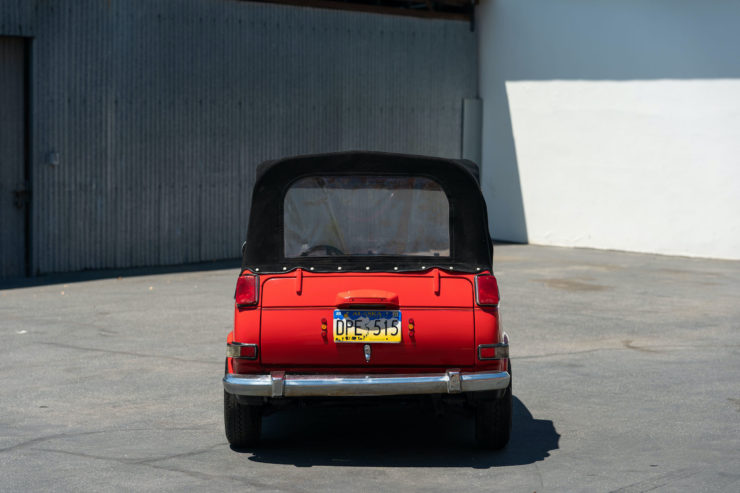 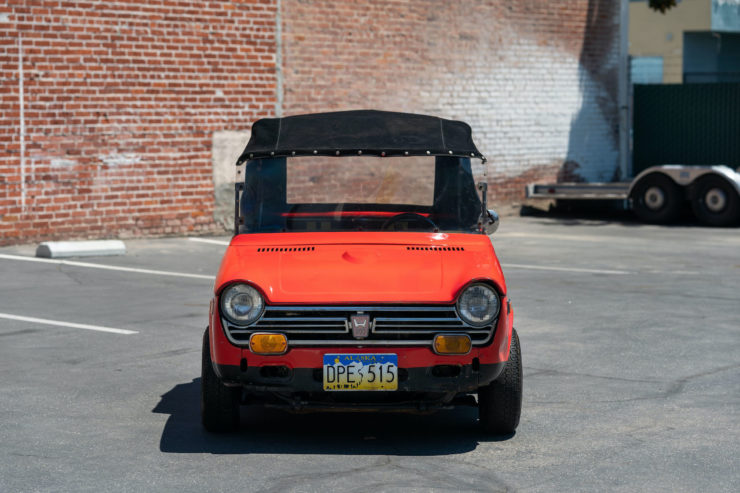 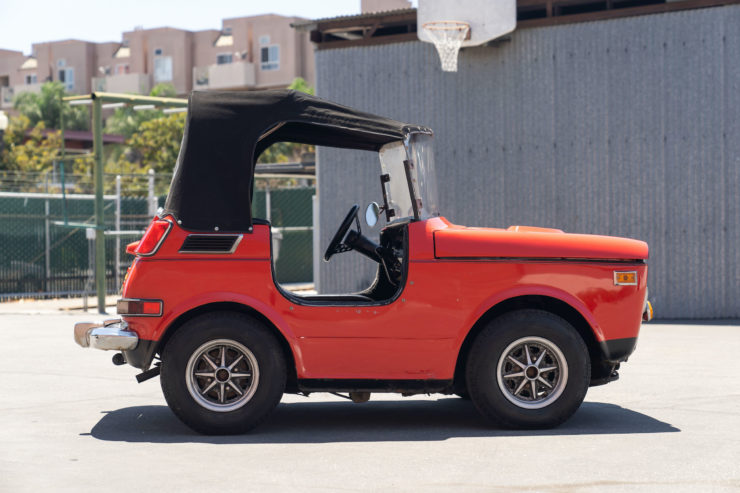 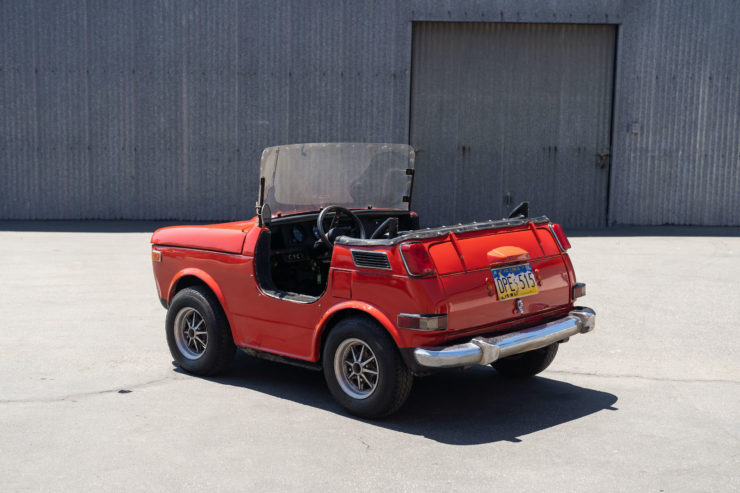 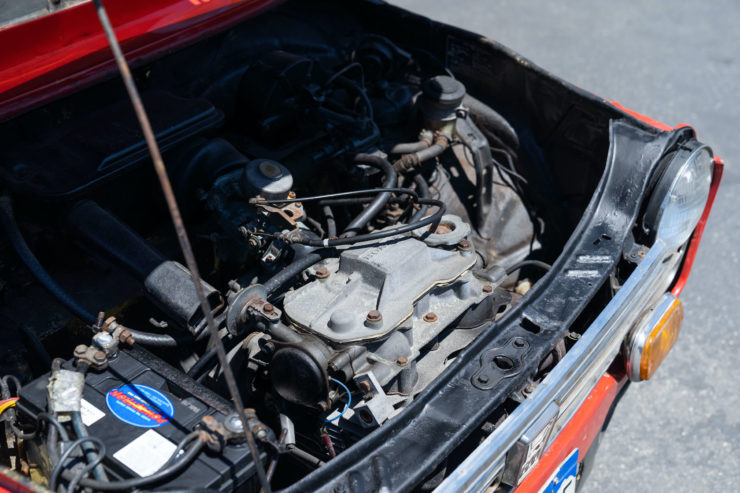 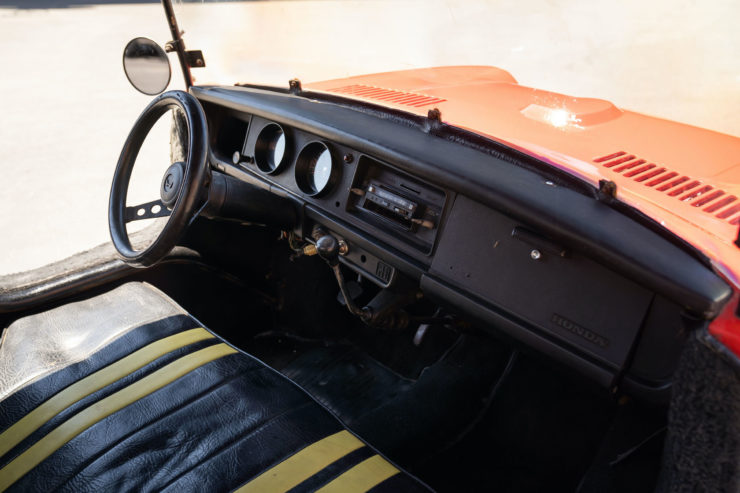 The Mustang you’re looking at here has South American DNA running through its veins, it was built at the Ford Motor Company’s factory in Lima,…

The East African Safari Rally was run from 1953 until 2019 under a variety of names, interestingly for the first 19 years of the event…