This is the Estwing Camper’s Axe, each one is made in the USA from a single piece of forged American steel to ensure that it’s essentially impossible to break the handle or lose the axe head.

Estwing was founded in the northern Illinois city of Rockford back in 1923, they are best known for their lines of striking and struck tools which are frequently used by professionals in the construction industry.

The Camper’s Axe shown here uses Estwing’s patented Shock Reduction Grip® for comfortable use with minimal vibrations and shocks. The axehead is designed for chopping firewood, both at home or out in the wilderness at your campsite. 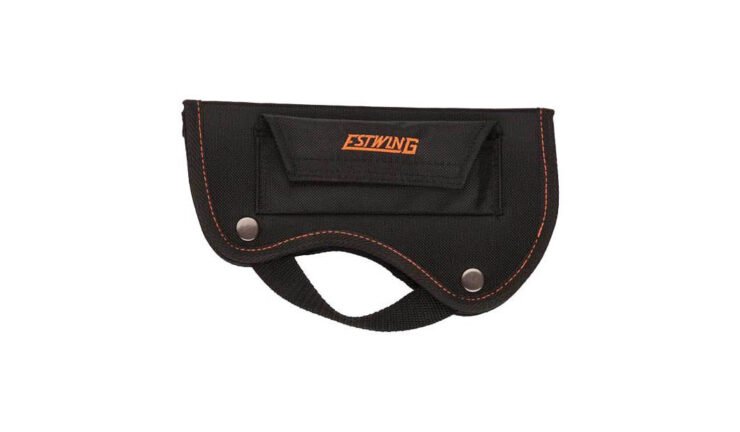 Each axe comes with a nylon sheath to keep the blade safely tucked away in transport, to protect against accidental cuts and scrapes.

The rear section of the axehead is a flat steel mallet designed for hammering in things like tent pegs, and it has a tent peg puller built into the forward part of the head. Each hand-sharpened blade holds a razor edge, and each axe is powder coated and given a hand-polished finish.

Of course now we typically make the axeheads from steel rather than flint, but the basic concept is fundamentally identical. 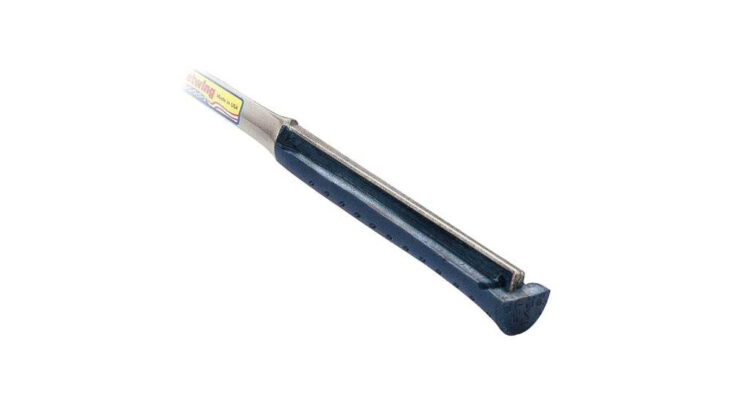 The handle of the axe uses Estwing’s patented Shock Reduction Grip®, designed to significantly reduce the severity of the shocks and vibrations reaching your hand.