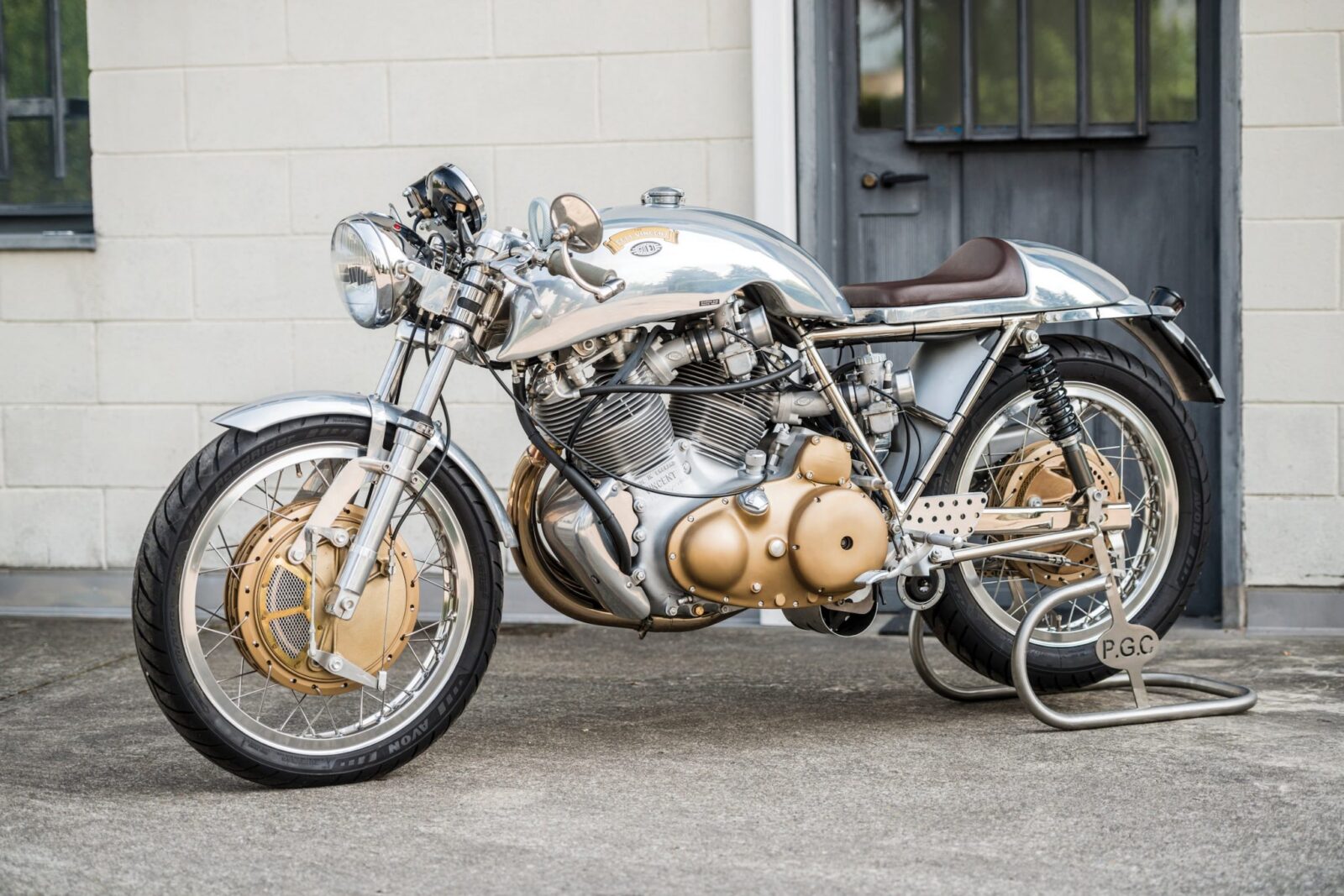 A Brief History of the Egli-Vincent

The Egli-Vincent was originally built to fix a design flaw in the Vincent Black Shadow – its frame. Although highly innovating for the time, the frame wasn’t really strong enough for the speeds and suspension loads endured by the bike – and a Swiss motorcycle racer named Fritz Egli had a solution.

Fritz Egli realised that this oil tank wasn’t strong enough – and chassis flex was the result. This hampered the performance ability of the iconic British V-twin, so Egli set to work designing a much stronger backbone for his Vincent.

He settled on a 100mm wide straight steel tube, with the steering head at one end, the rear suspension mounts at the rear, and the cylinder head fixings underneath. This new chassis was far stronger than the original unit, and as if to prove his point Fritz took his new Egli-Vincent on to win a 1968 motorcycle hill climb championship.

Word of this new Swiss-designed frame spread rapidly in the Vincent community, and before long Fritz was building new frames for bikes as far away as Australia, New Zealand, and the USA. Variations on the original Egli frame have remained in production ever since, and a few years ago the flame was passed to engineer and motorcycle racer Patrick Godet.

Godet is the only man to receive personal approval from Egli to continue building these iconic frames, and despite the time that has passed since Vincent production stopped in 1955, the demand is still just as strong as ever.

The 1968 Egli-Vincent by Godet Shown Here

The Egli-Vincent by Godet you see here is an extreme example of what can be achieved using an original Black Shadow as a base. The 998cc V-twin has been expanded to 1330cc, and uses lightweight magnesium for the cases and carburettors. The Egli-Godet frame has been nickel plated, and fitted with a beautifully shaped aluminium fuel tank with an indent to fit the front cylinder’s carburettor.

The seat and fenders are also shaped from aluminium, and the bike has a 2-into-1 exhaust exiting on the right hand side through a single small muffler. As with all British bikes of the era, the Vincent has a right side gear shifter and left side rear brake lever – most who switch to a bike with a right side shifter find it surprisingly easy to adapt to, although they’ll accidentally hit the rear brake lever a few times when learning.

The 99 rwhp (111 hp) produced by the 1330cc V-twin calls for a major brake upgrade, and this bike is fitted with a four leading shoe 250mm Fontana magnesium drum brake up front and an upgraded rear Fontana drum to match. With a kerb weight of approximately 378 lbs (172 kgs) and a horsepower rating a whisper off 100, the Egli-Vincent by Godet was more than capable of surprising far more modern sport bikes, and even embarrassing them with the right rider in the saddle.

If you’d like to read more about this bike or register to bid, you can click here to visit its listing on RM Sotheby’s. It’s due to be sold on the 27th of May at the Villa Erba. 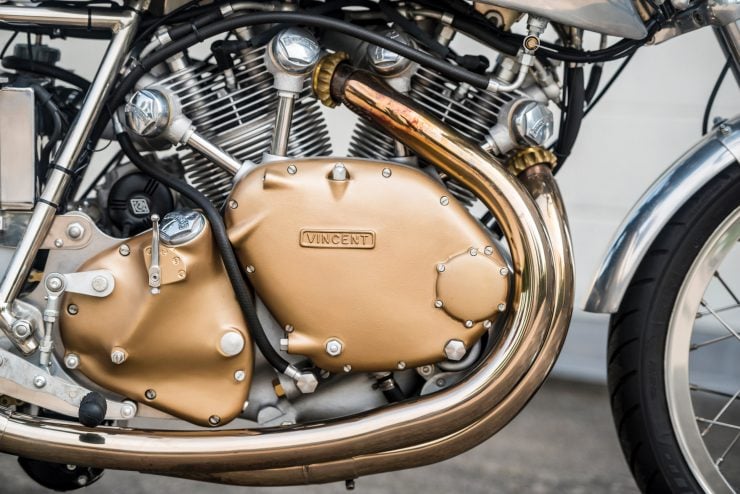 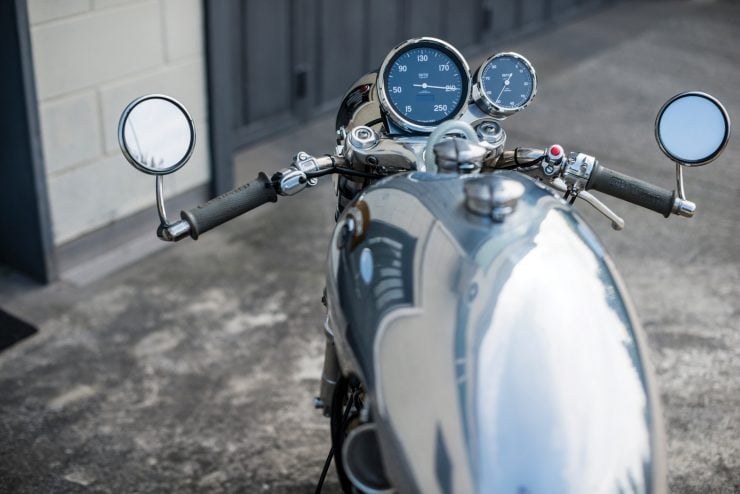 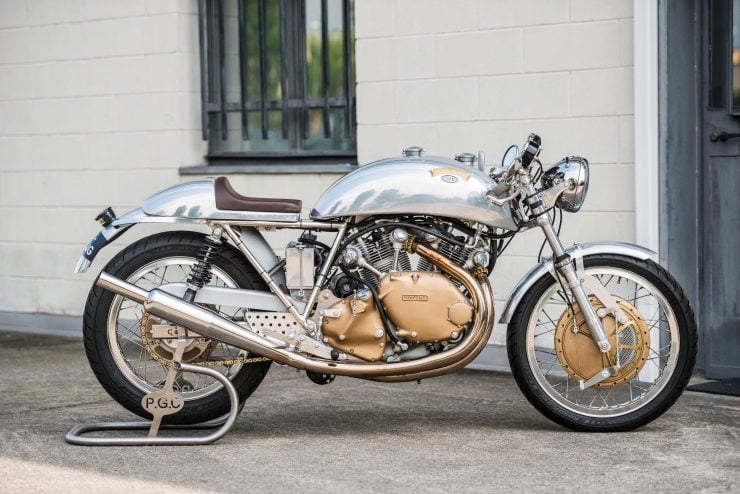 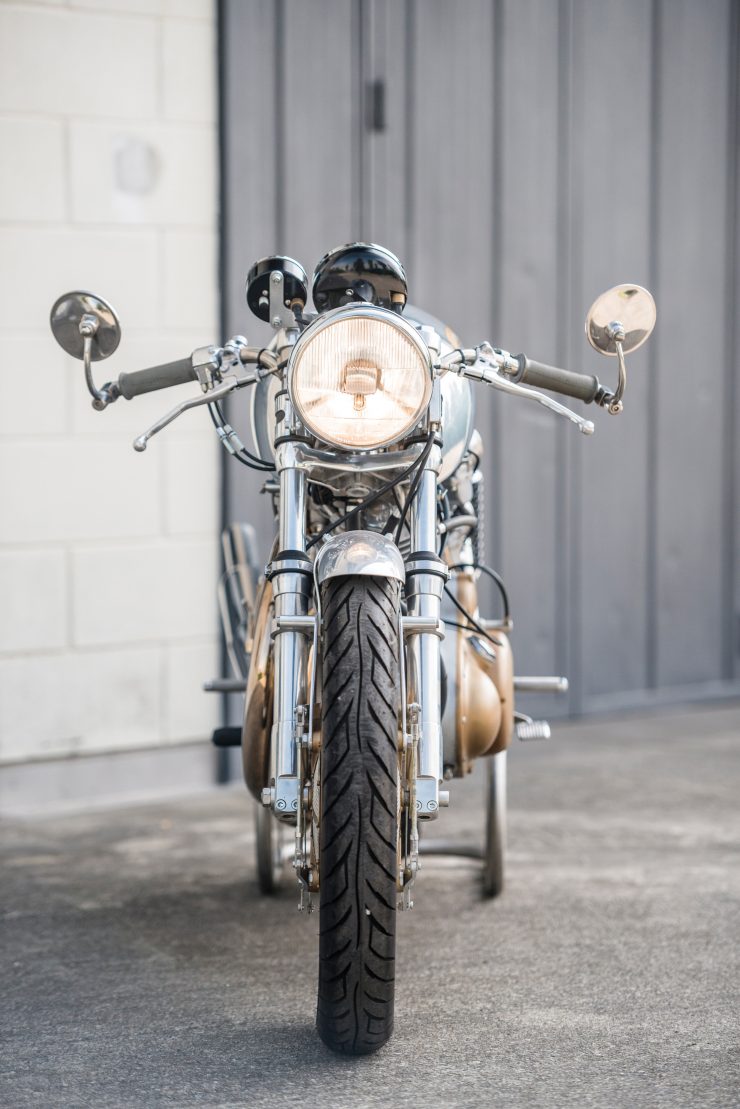 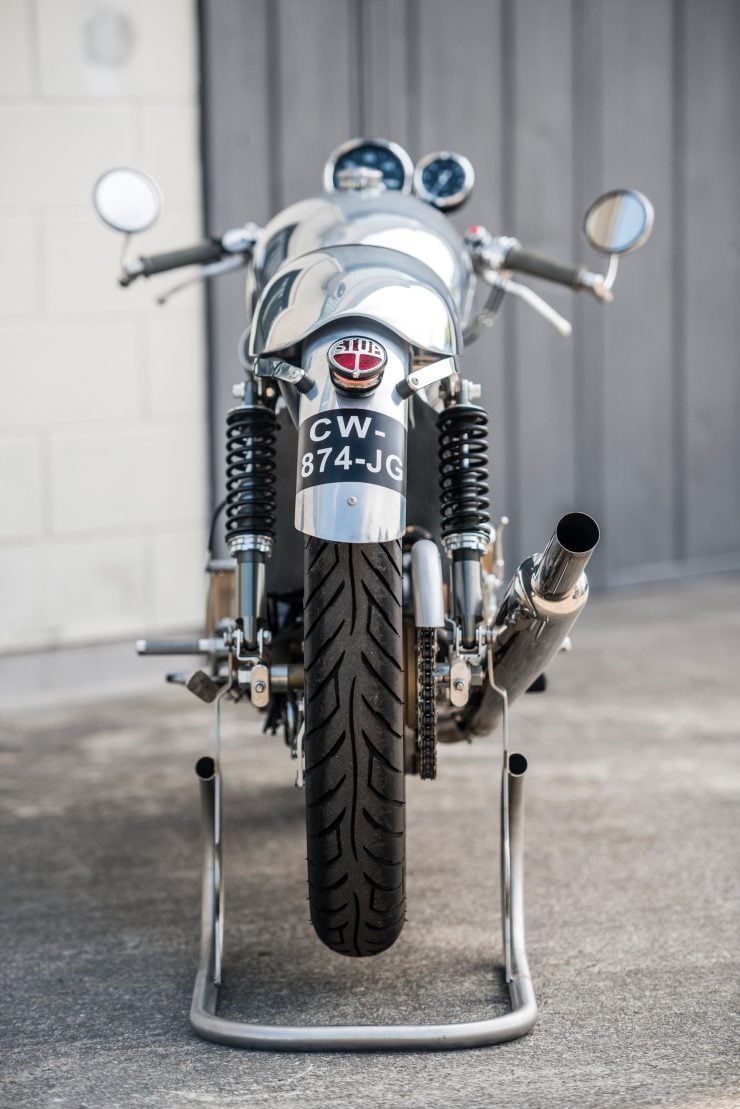 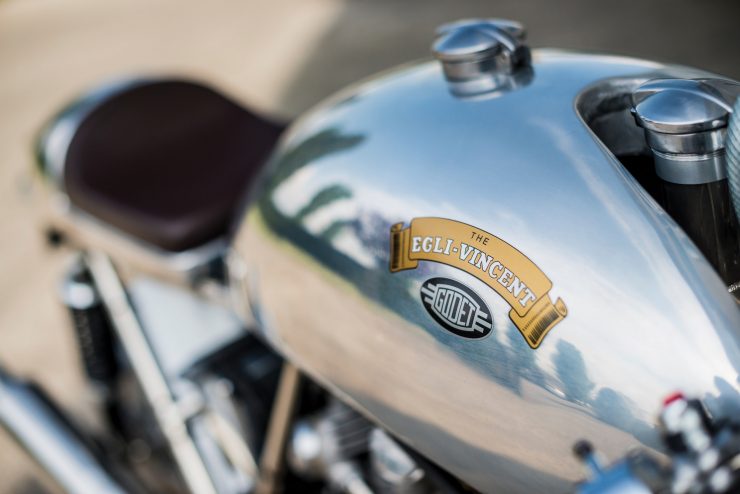 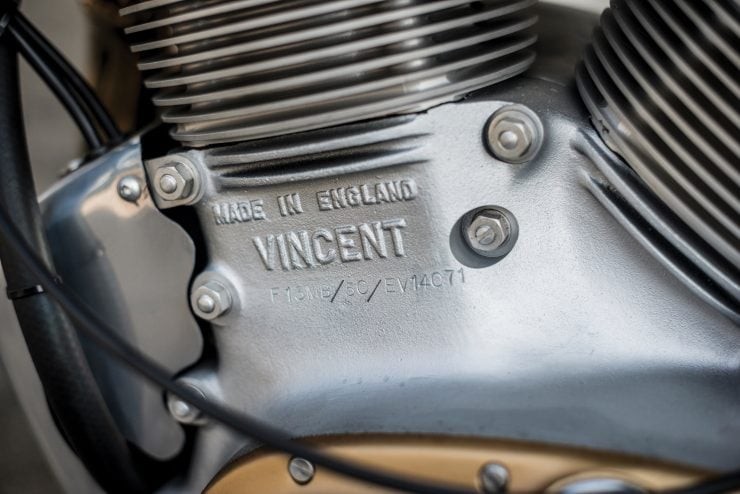 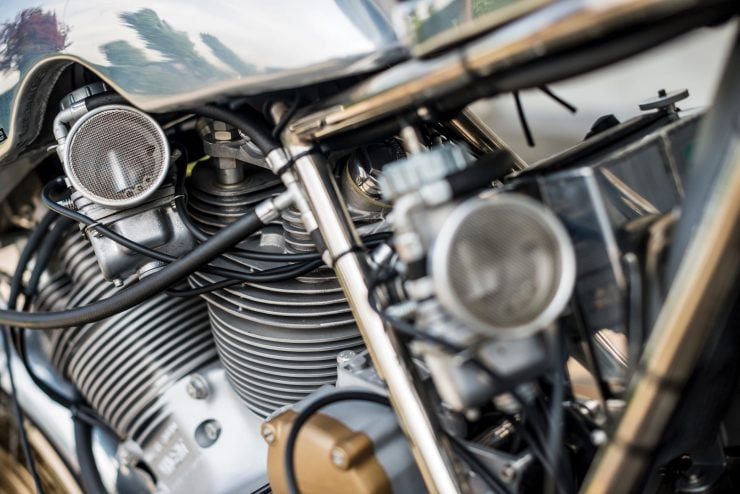 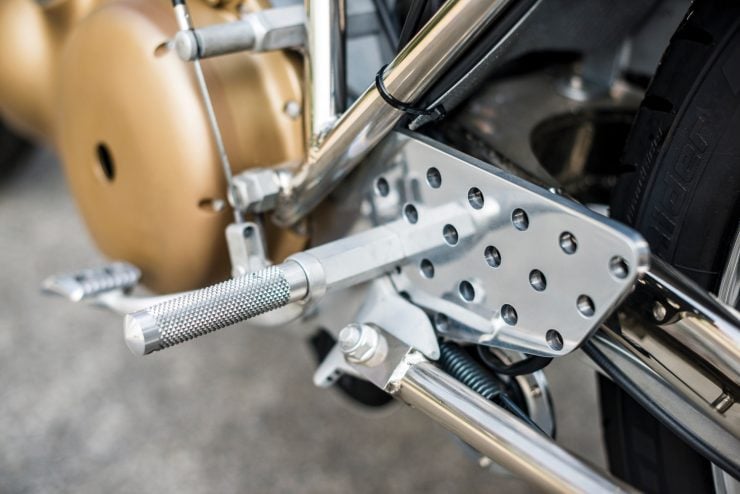 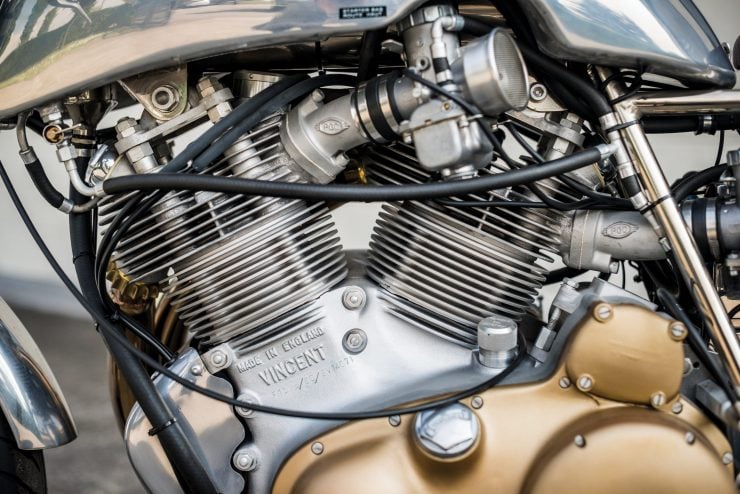 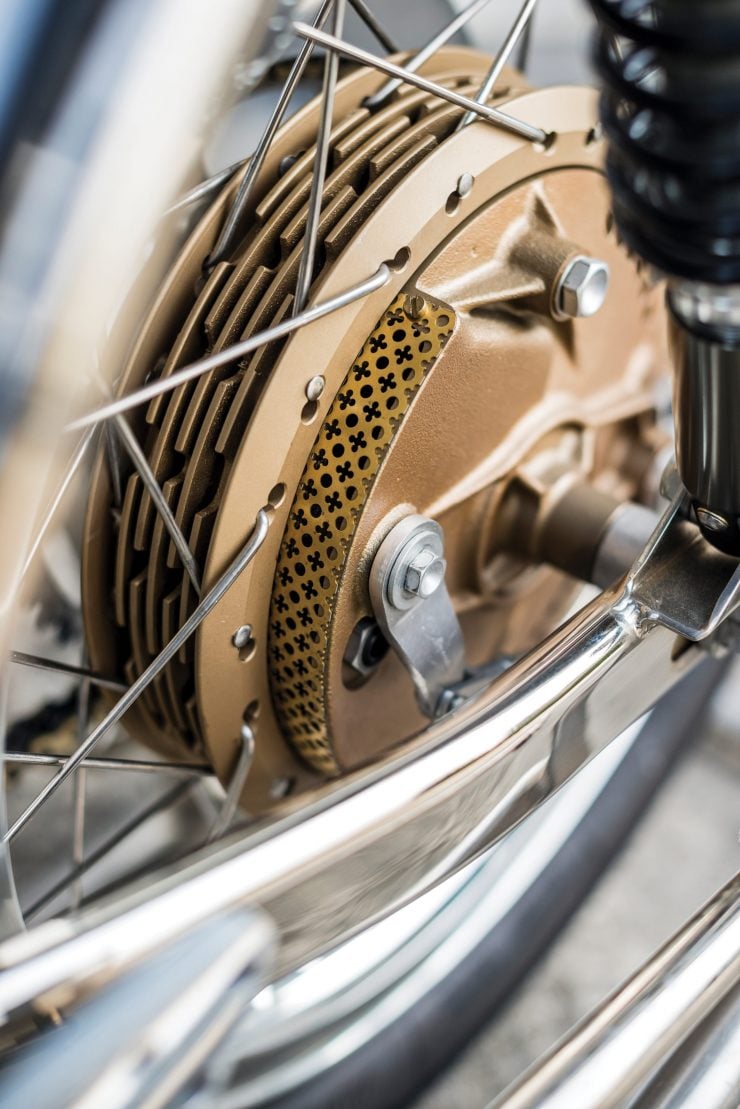 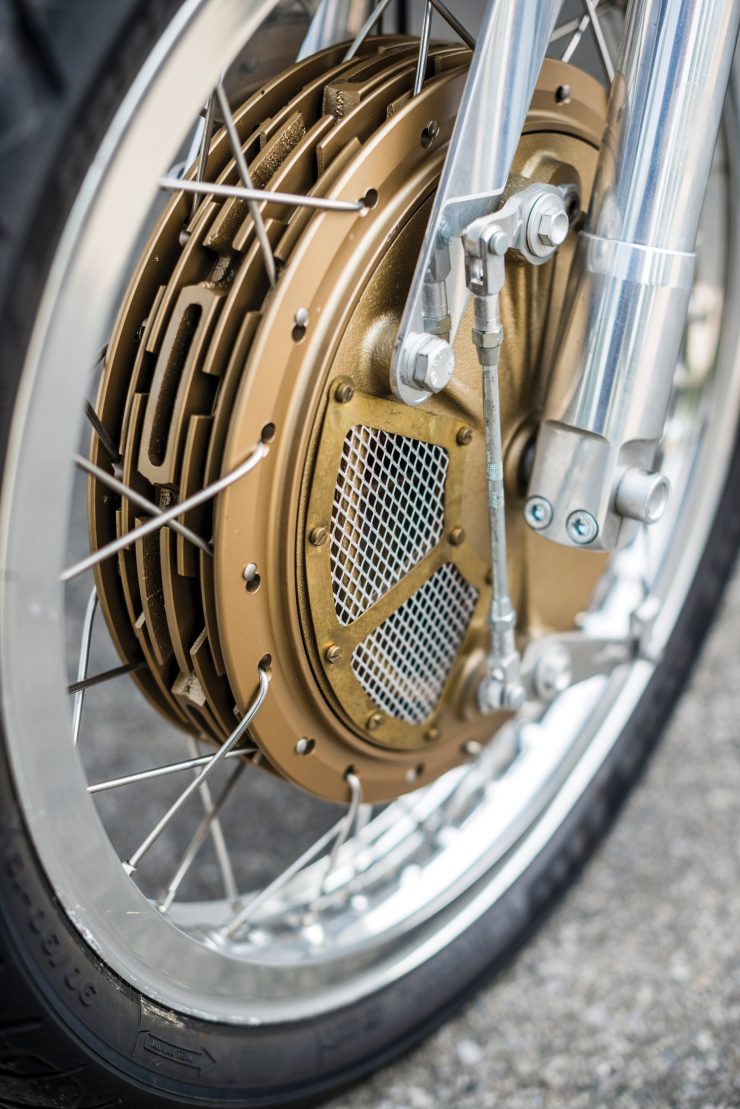 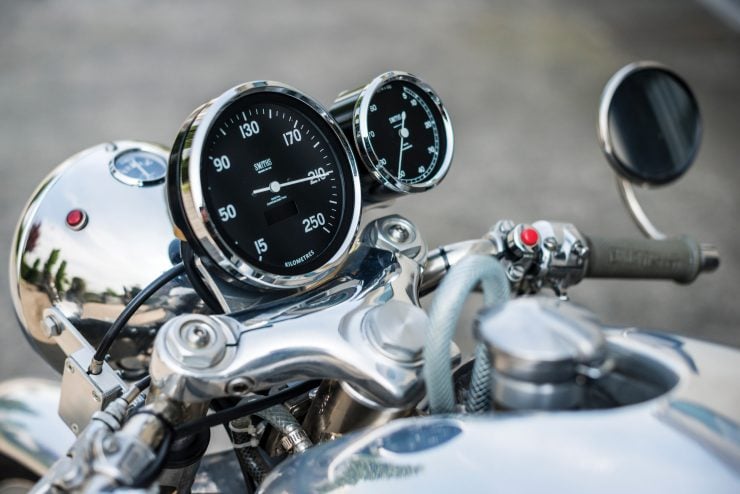 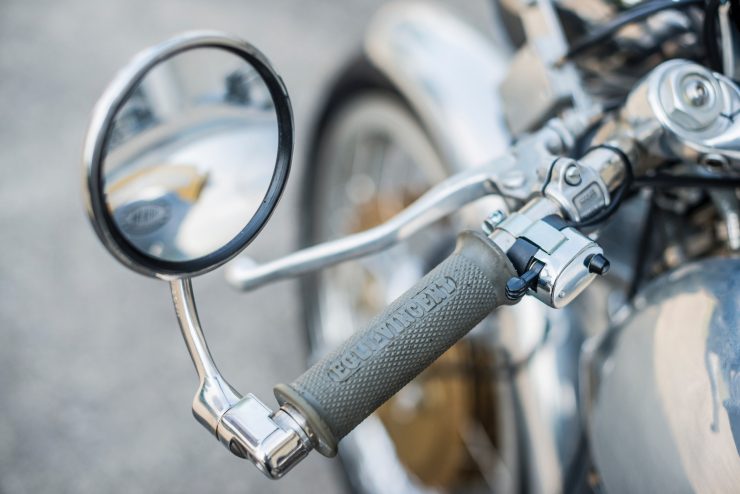 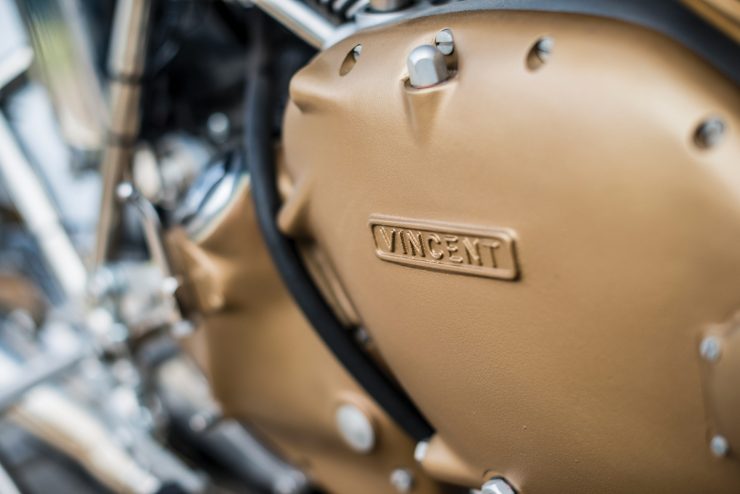 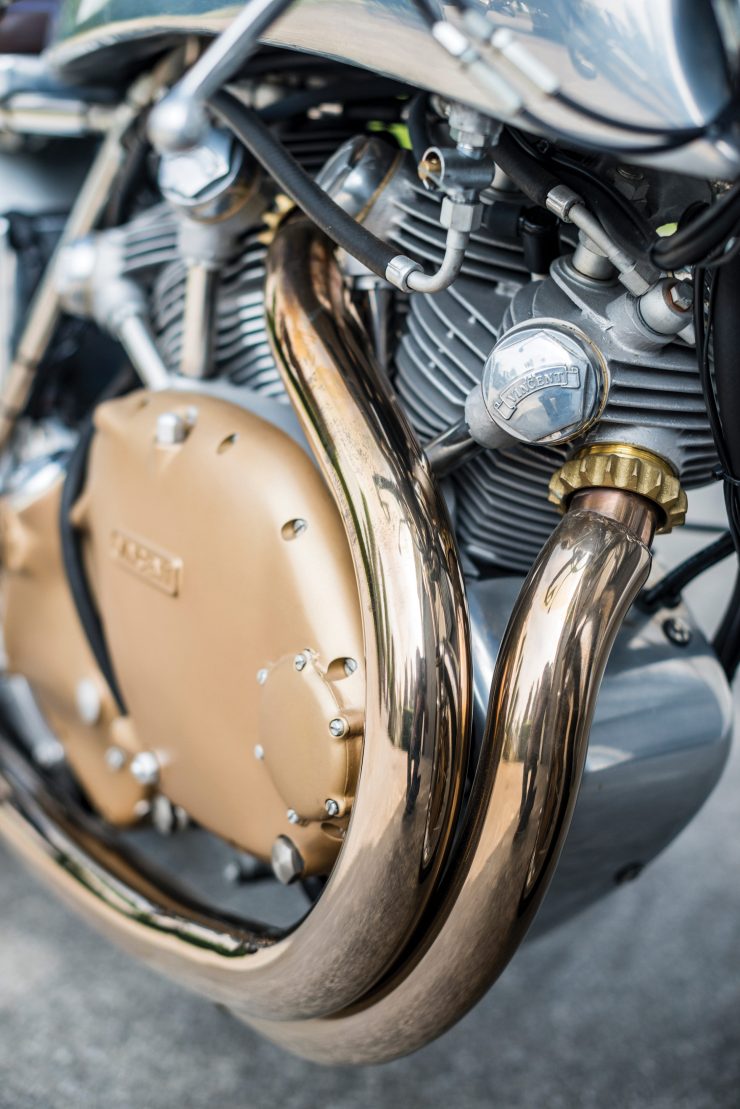 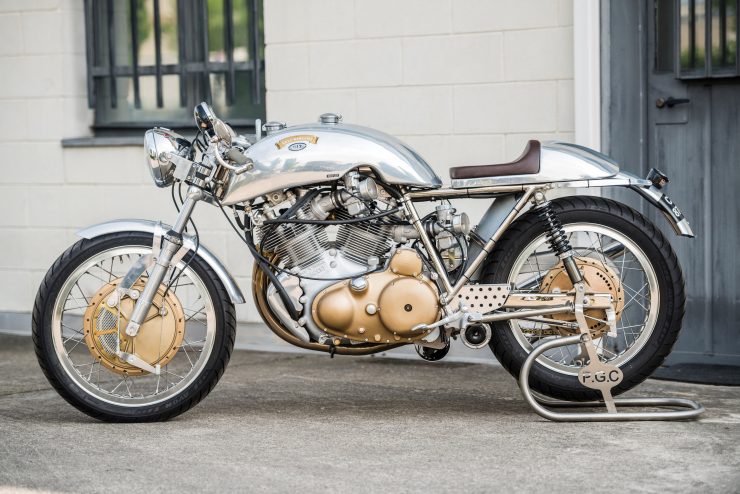 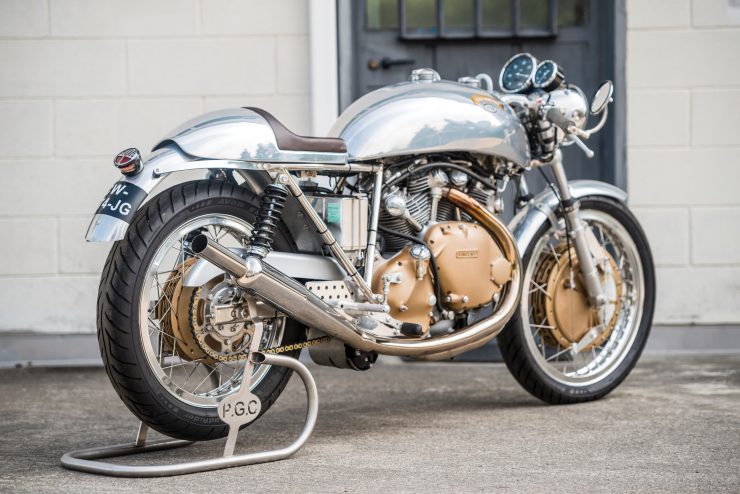 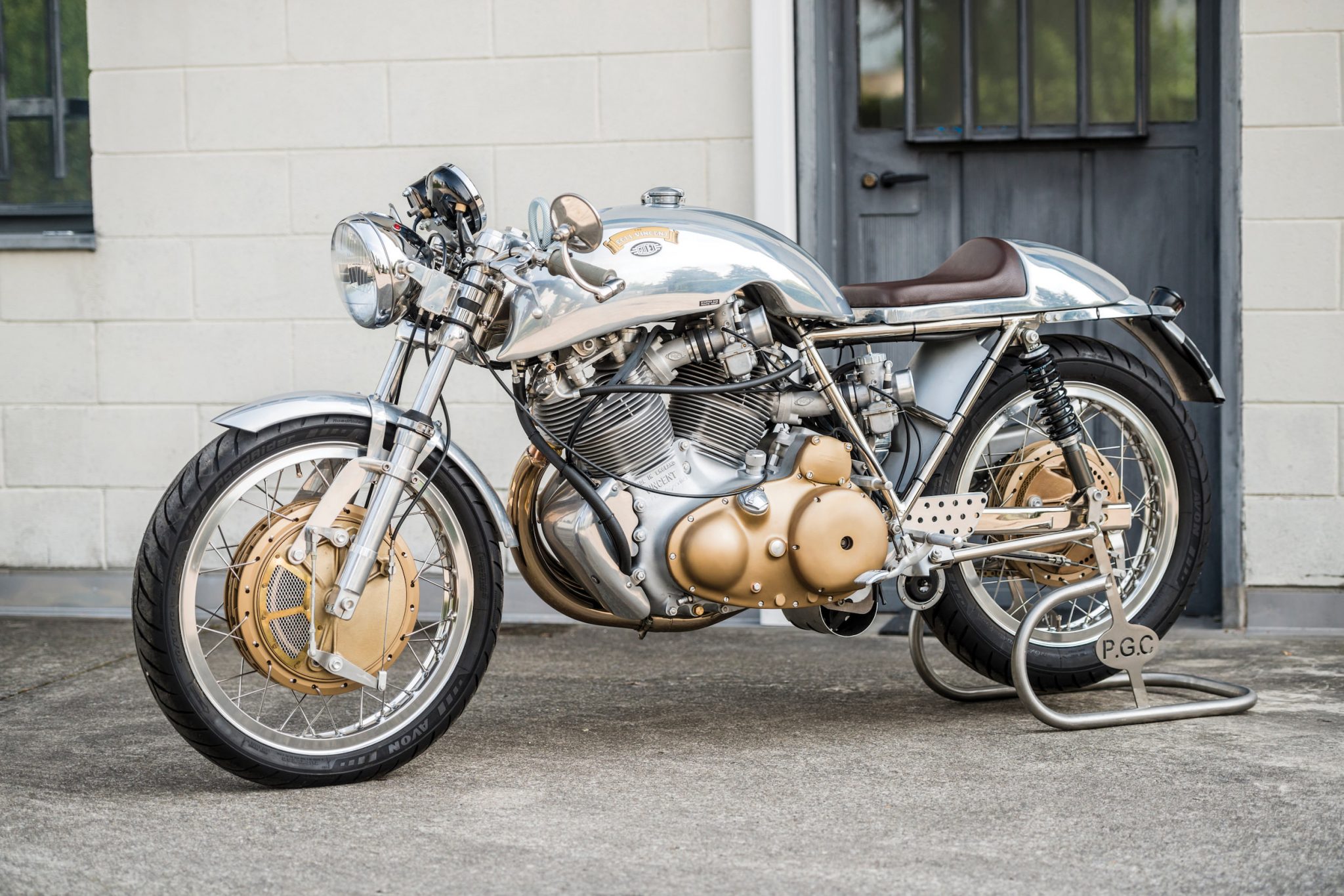