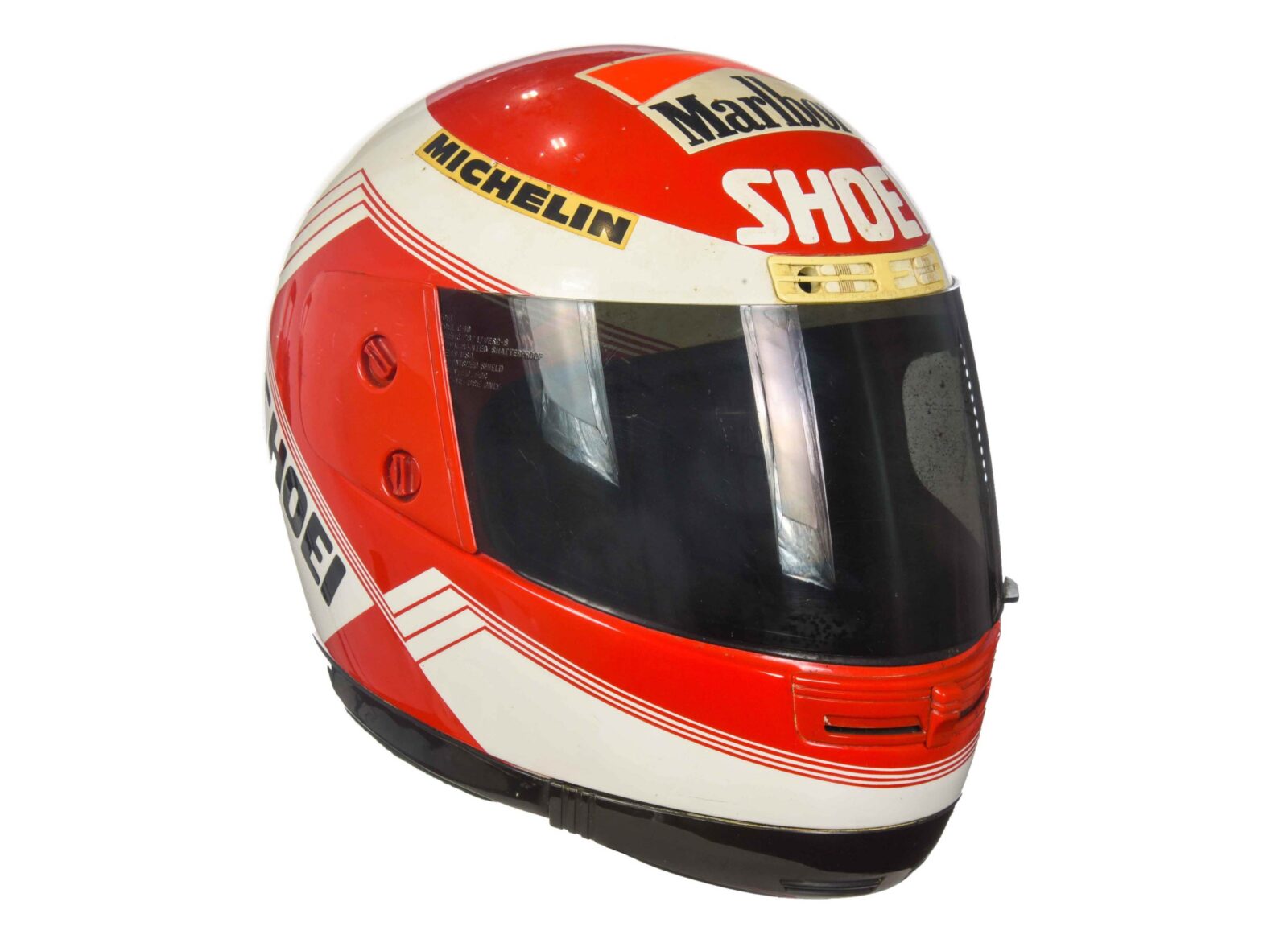 This helmet was worn by Eddie Lawson during the 1988 Grand Prix motorcycle racing season, a season he won – taking the championship with 7 wins and 252 points ahead of Wayne Gardner in 2nd and Wayne Rainey in 3rd.

Over the course of his career Lawson was given the nickname “Steady Eddie” due to the fact he seemed to crash less often than his rivals, often netting points or wins and enjoying four world championship wins in the top flight 500cc class against the best in the world.

The 1988 season saw him riding his Yamaha YZR500 to wins in the USA, Spain, Italy, Austria, France, Brazil, and Sweden. He spent the season riding his YZR500 with its distinctive Marlboro red and white livery, wearing a suit and helmet to match.

The helmet you see here is listed as being one of the lids from his 1988 season, it features styling that would win it legions of fans today and carries sponsorship from Shoei, Michelin, and of course Marlboro.

The helmet doesn’t come cheap with an asking price of $5,500 USD however memorabilia like this is in high demand, particularly from championship winning seasons. It’s currently being offered for sale by Racing Hall Of Fame Collection with a certificate of authenticity, and you can click the red button below to read more. 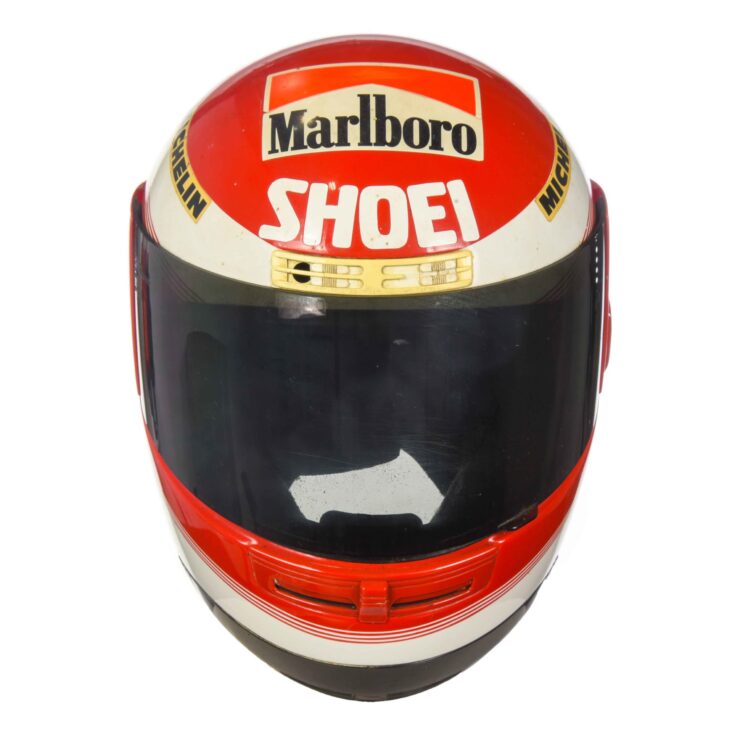 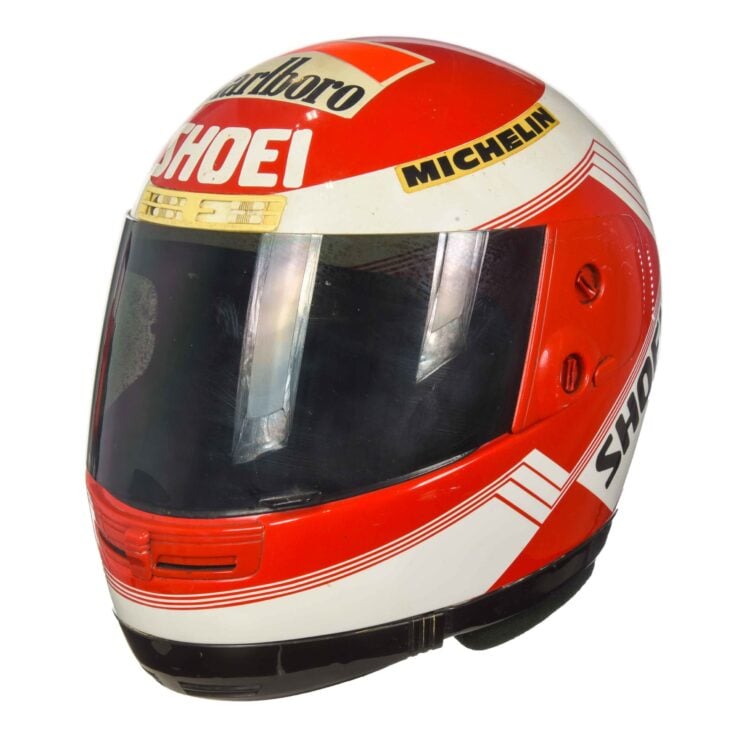