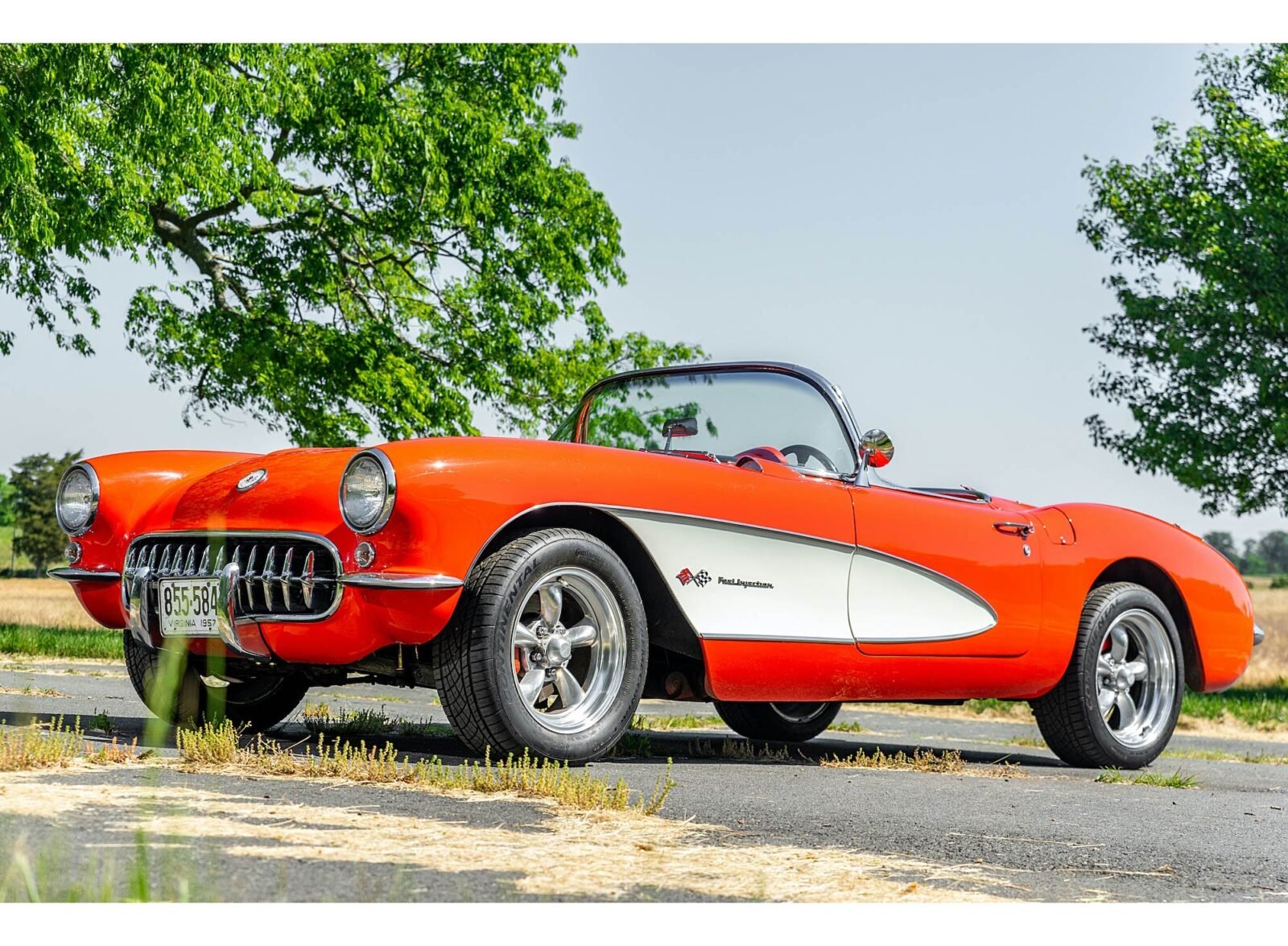 The world of restomods (restorations that include modern performance upgrades) is often blighted by controversial decision making that isn’t to everyone’s taste. Things like big wheels and low profile tires on ’60s era muscle cars and colored fluorescent lights glowing up from beneath cars from the ’50s.

We could argue back and forth about choices like this for hours but at the end of the day, it’s the choice of each owner what they want to do with their classic. Even if some of it is truly harrowing.

What we are starting to see more of is cars like this “Fuelie” Corvette from 1957 – tasteful restomods that keep the core design and style of the original in place and just add some subtle upgrades that make it far better at handling modern driving conditions.

This Corvette started life as an original “Fuelie”, a nickname given to Corvettes with fuel injection that was first offered as an (expensive) option in 1957 – the year this car was made. Just 1,040 were made in 1957 and now they’re among the most collectible Corvettes in history.

Sadly the fuel injected engine in this particular 1957 C1 isn’t the original, it’s a later fuel-injected 350 cu. in. (5.7 litre) V8 crate engine. Although this engine will likely be far easier to drive regularly than the original the fact that it’s not a numbers matching car means it’ll be selling for notably less than an original. 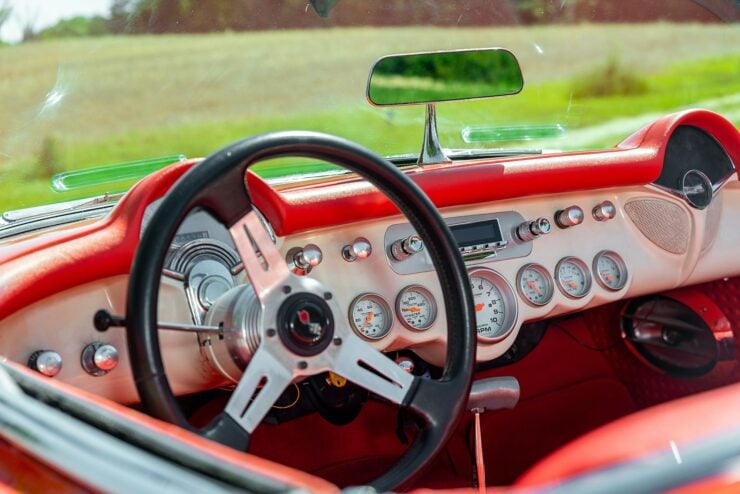 Above Image: The interior of the car benefits from some additional careful upgrades, like more modern gauges and a retro stereo that still looks period correct.

This is likely why the owner opted to go through the car from front to back and make some upgrades. The car is now fitted with front and rear disc brakes tucked behind aftermarket American Racing 16″ alloy wheels. Inside you’ll note more modern gauges an upgraded stereo that’s designed to look period correct.

Perhaps the only controversial choice is the fitment of an automatic transmission. Many motoring purists will decry this choice however it’s probably worth mentioning that when the Corvette was first introduced in 1953 it only came with an automatic gearbox – the manual didn’t become an option until 1955.

That said, due to the ubiquitous nature of the 350 cu. in. Chevy crate engine it would take very little effort for a future owner to get a manual gearbox installed if they wanted to – in fact there are kits available to buy online for this explicit purpose.

The first generation Corvette has long been lauded as the most stylistically pure, an American take on the European sports car phenomenon that took the world by storm in the years after World War II.

The Corvette was one of the first production cars to feature a body made from lightweight fiberglass, a state-of-the-art composite material in the 1950s. Initially its sales figures weren’t particularly impressive however Americans soon warmed to the new Chevrolet sports car and today it’s in its 8th generation with the C8 Corvette featuring supercar capabilities and a mid-engined layout for the first time.

If you’d like to read more about the unusual restomod C1 Corvette shown here you can click here to visit the listing. It’s currently being auctioned live on Collecting Cars. 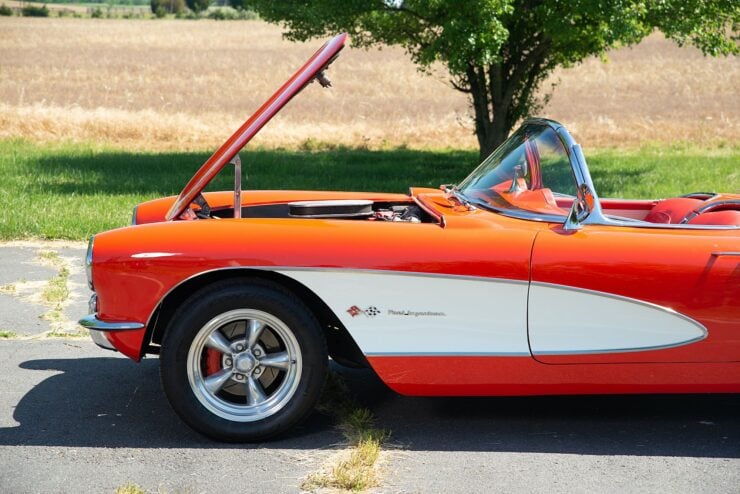 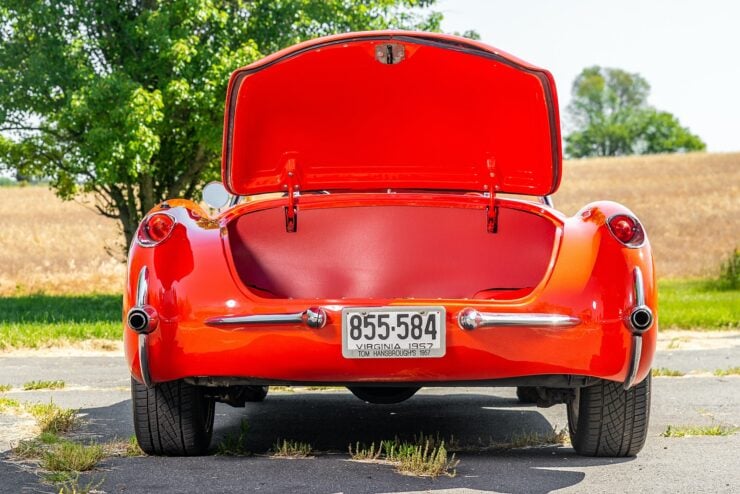 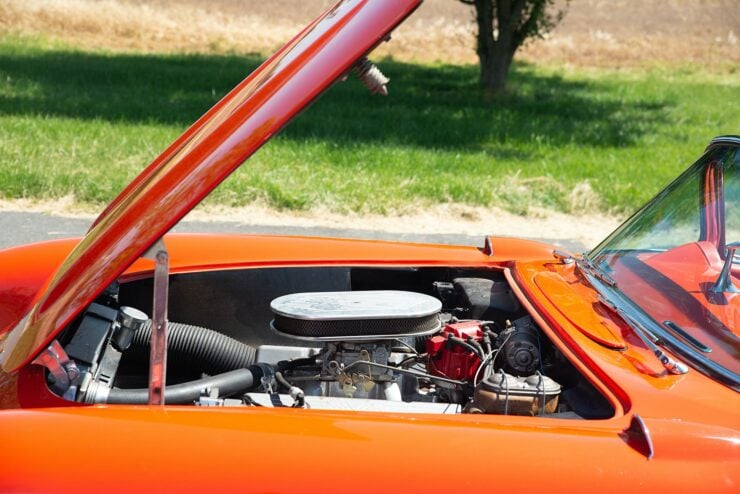 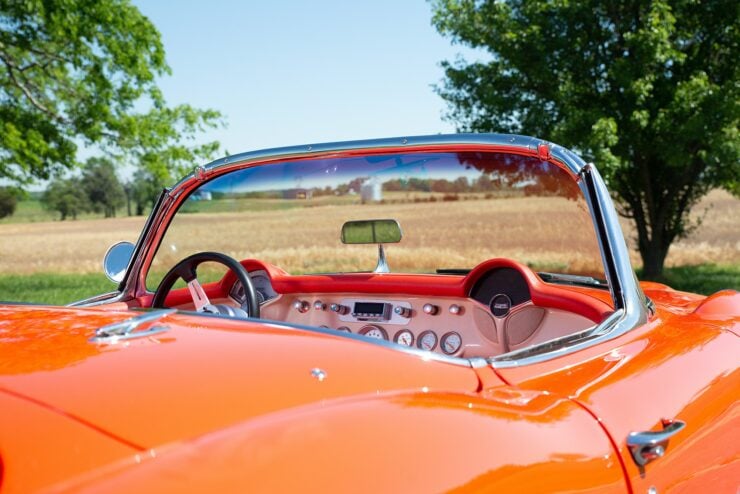 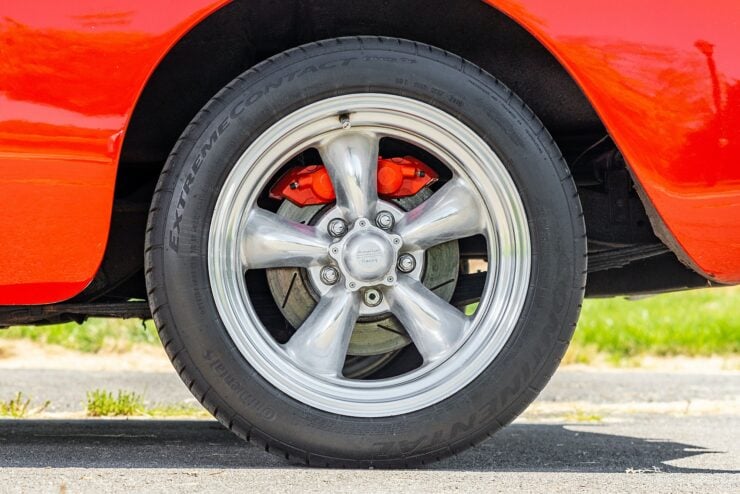 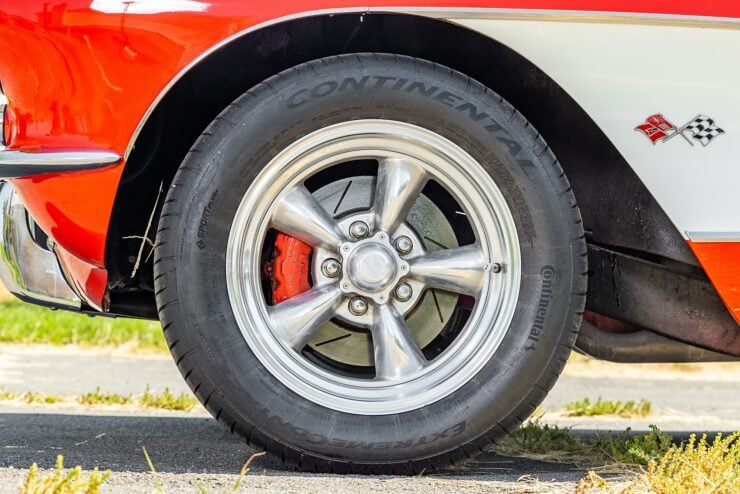 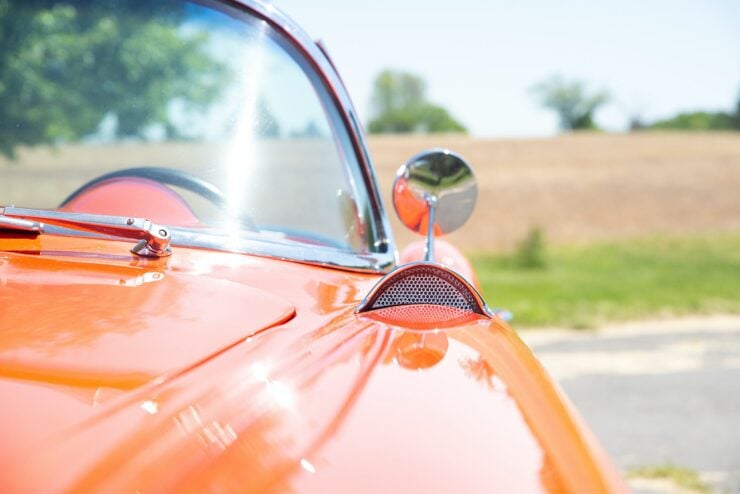 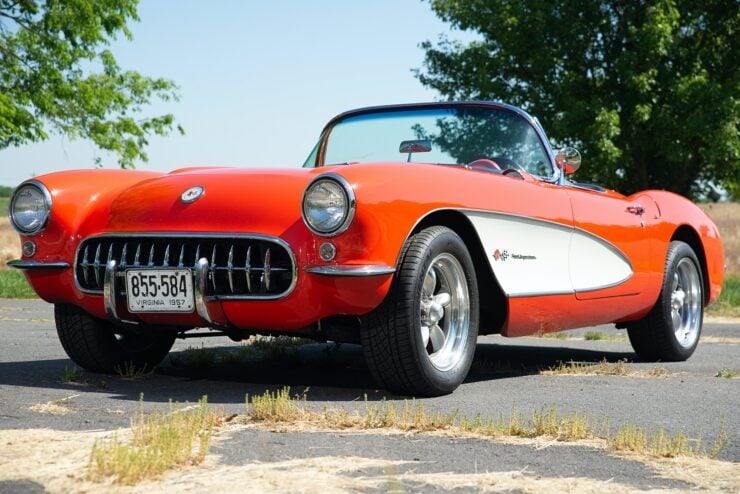 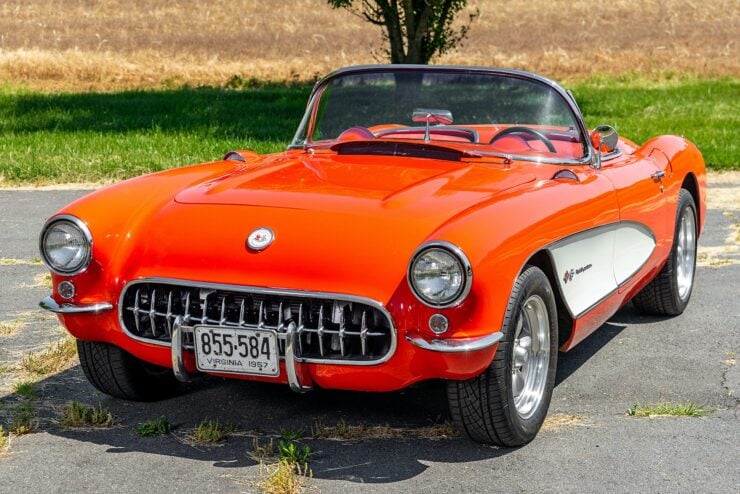 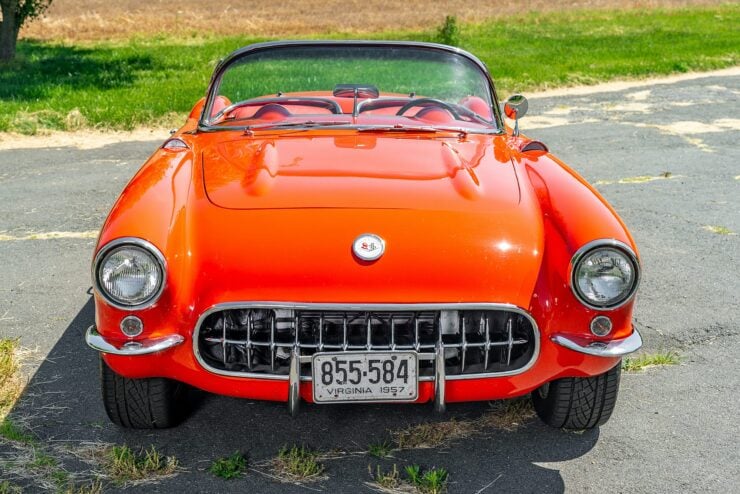 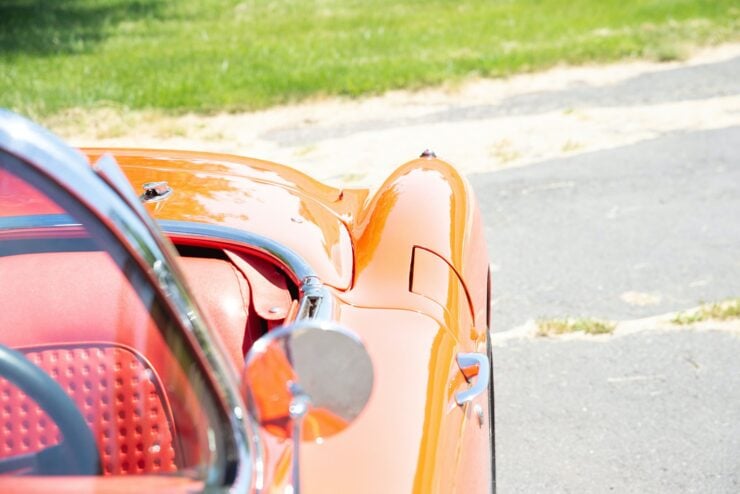 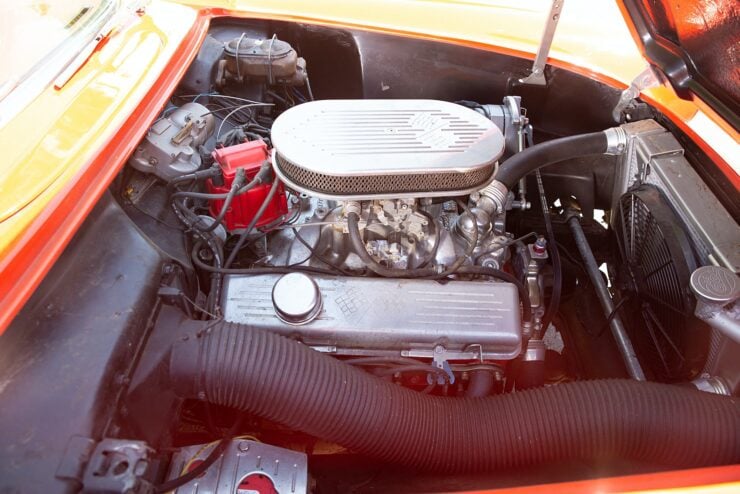 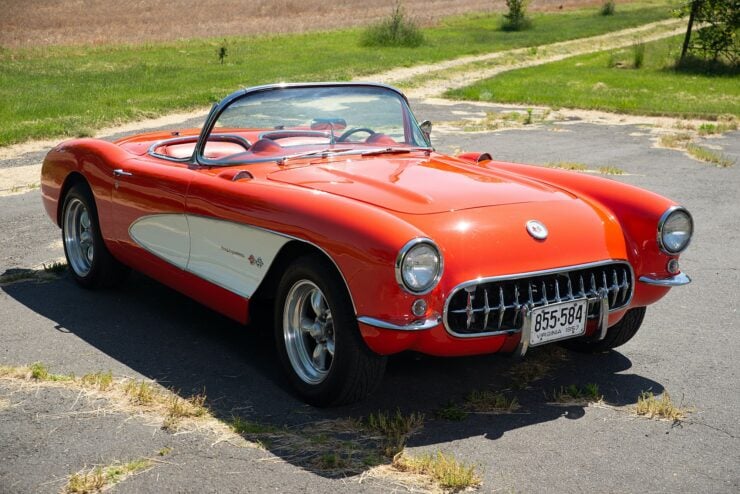 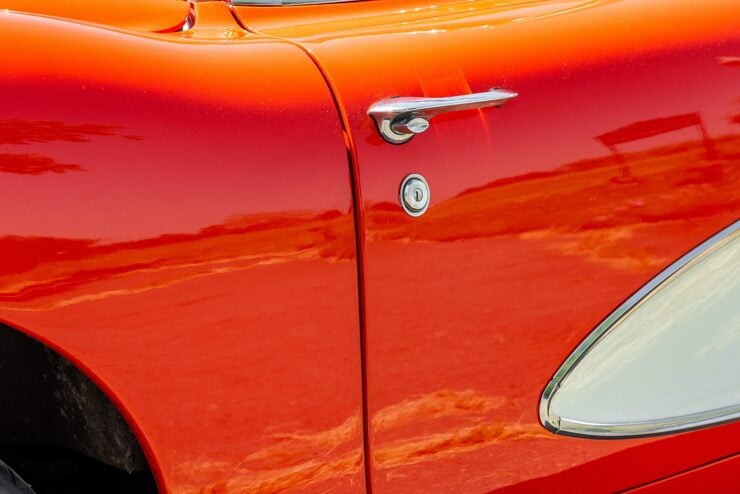 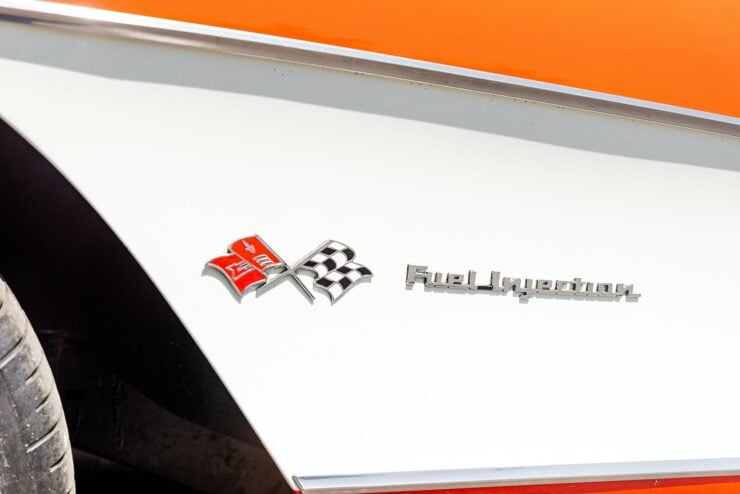 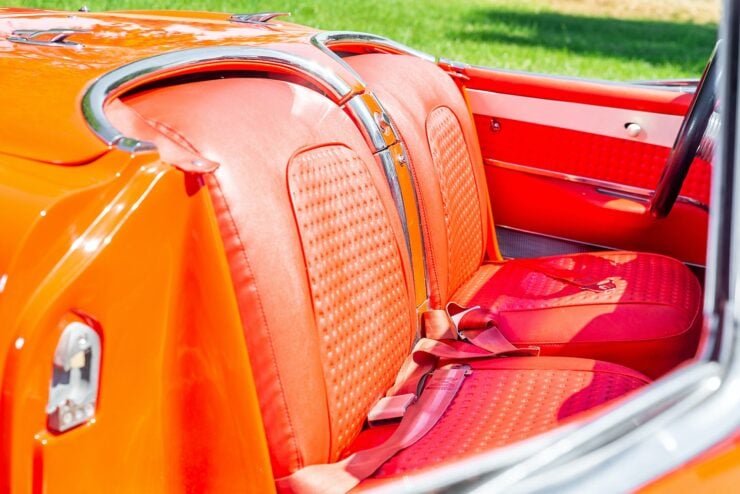