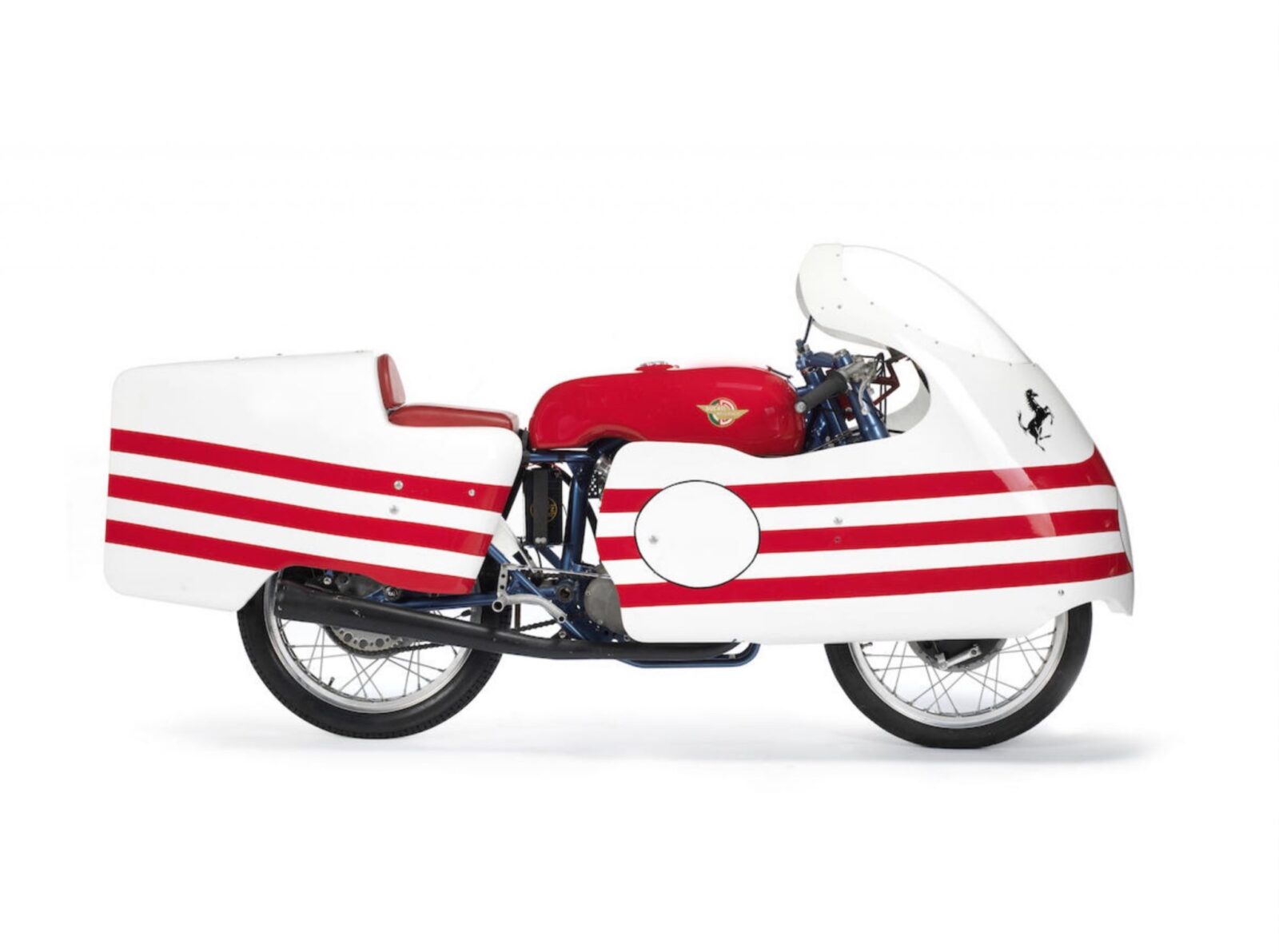 It’s difficult to imagine Ducati without their trademark desmodromic engines, but before Fabio Taglioni implemented an early triple camshaft desmodromic design on the 1956 Trialbero Racer, all Ducatis used conventional springs to close their valves.

For the uninitiated, a desmodromic engine uses a camshaft to both open and close the valves, rather then relying on a spring for the closing portion. It adds complexity and some tuning difficulty to an engine, but Ducati swears by it and has used it on many of their major models from the late ’60s onwards.

Fabio Taglioni was a newly hired engineer in the mid-50s at Ducati, he would go on to be inarguably the most influential technical mind to ever work at the legendary Italian motorcycle manufacturer.

“The main purpose of the (desmodromic) system is to force the valve to follow the distribution diagram as closely as possible. Energy losses are virtually negligible, performance curves are more uniform and reliability is improved.” – Fabio Taglioni

The first desmodromic Ducati was the 125cc single-cylinder model you see here – the Trialbero. The name literally means “three shafts” in Italian, a reference to the three camshafts tightly packed inside the small engine’s head.

Ducati debuted their new racer at the Swedish Grand Prix at Hedemora in July 1956. It’s not known exactly what they expected from the new engine, but factory rider Degli Antoni didn’t treat the engine delicately – he stormed past the entire field, lapping everyone and finishing in a commanding first position.

Taglioni would continue to work on the design of his desmodromic engines for all of his tenure at Ducati, lasting from 1954 until 1989, and today the foundations of every modern Ducati engine share DNA with his creations.

The beautifully presented Trialbero you see here is due to cross the auction block with Bonhams at The Las Vegas Motorcycle Auction on the 26th of January with an estimated hammer price of between $44,000 and $48,000. If you’d like to read more about it or register to bid you can click here to visit the official listing. 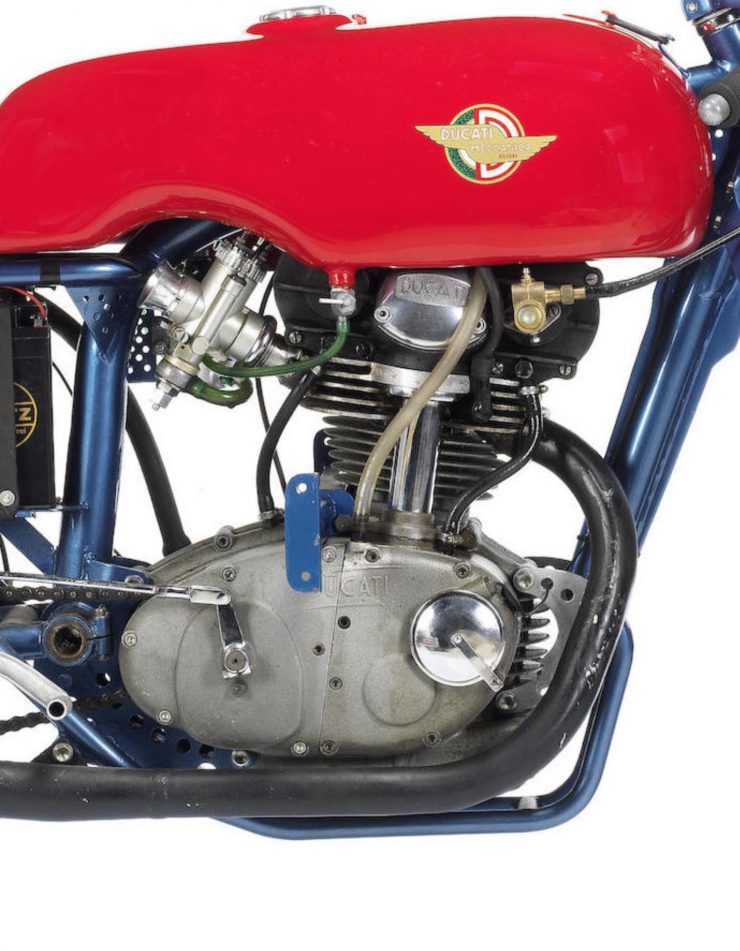 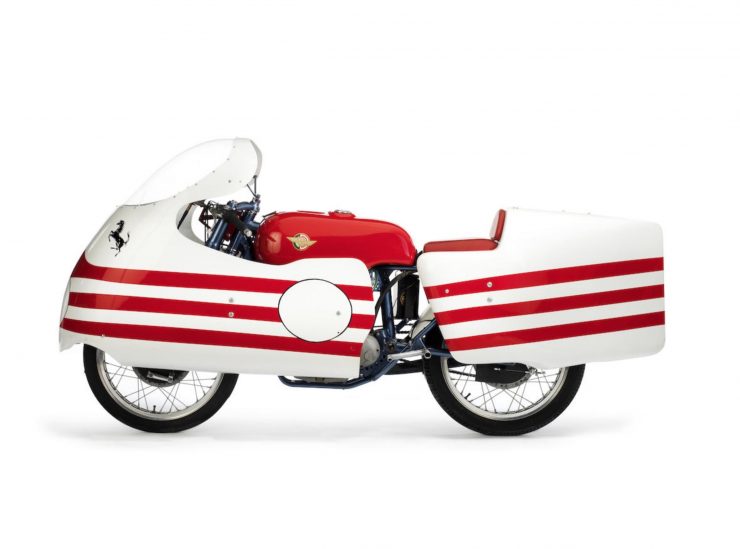 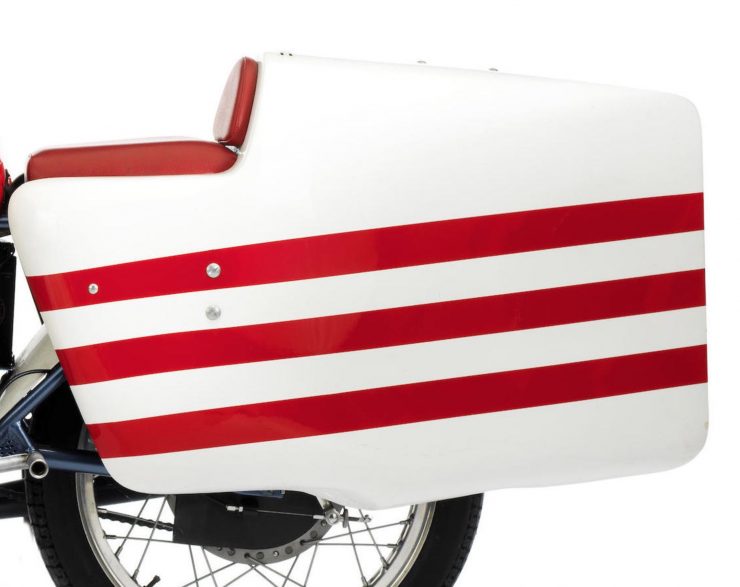 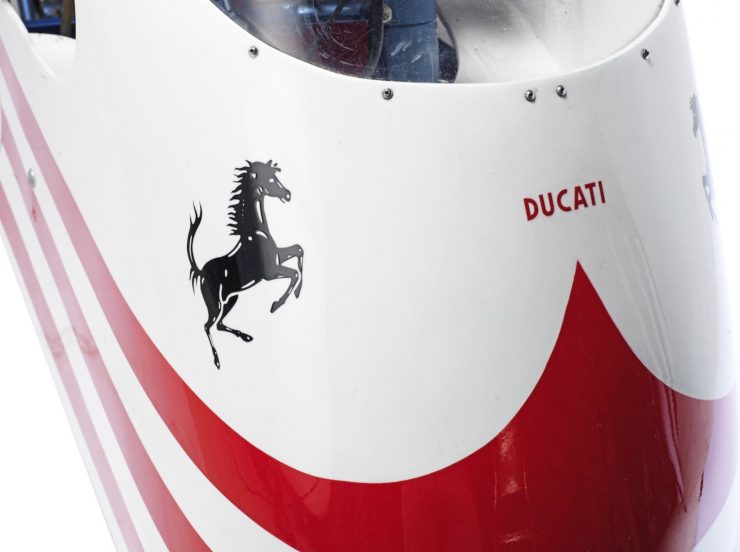 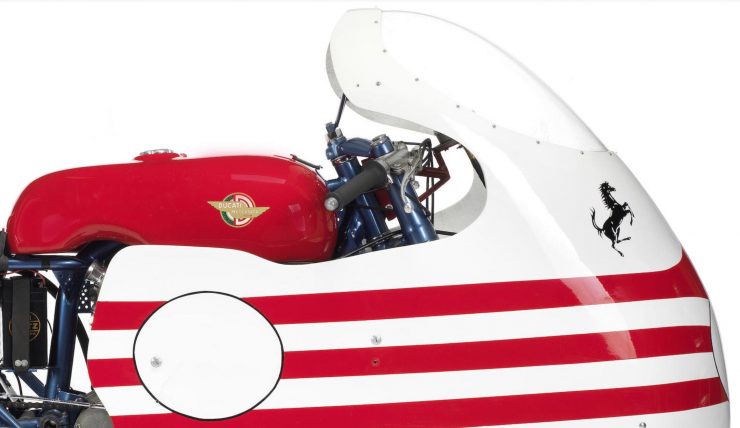 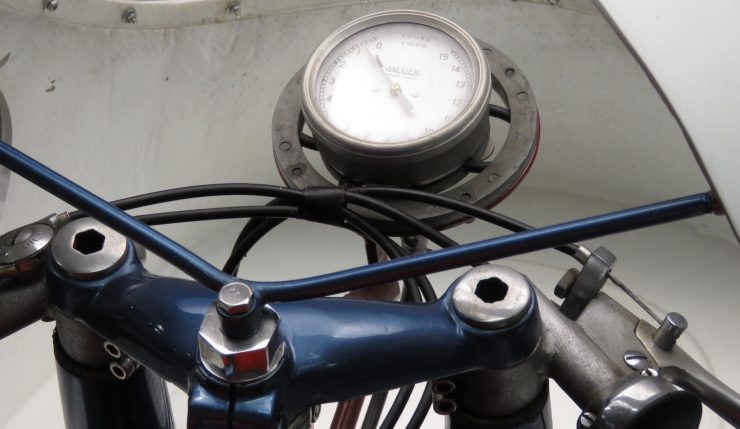 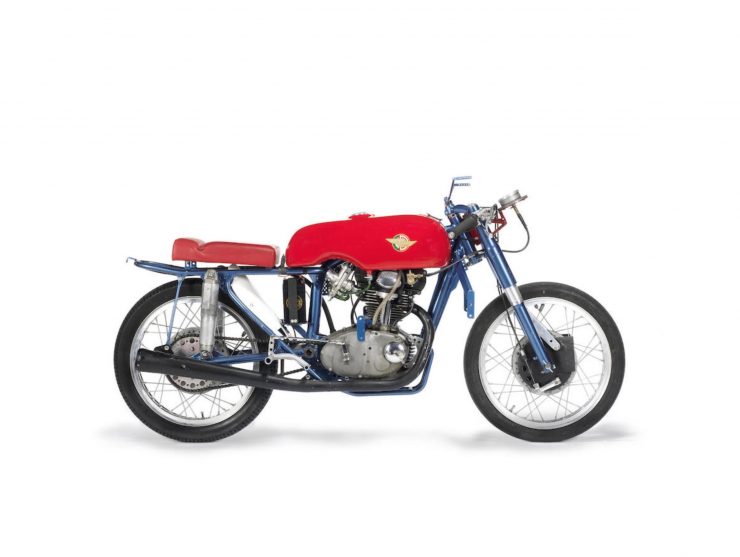 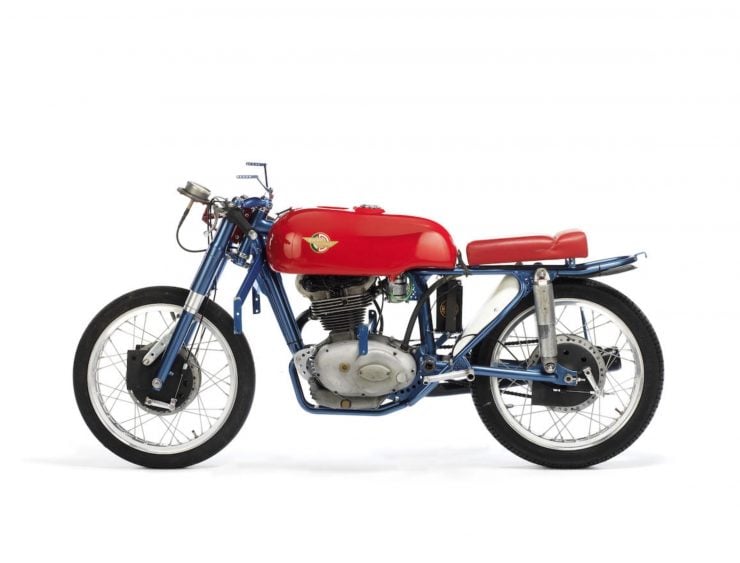 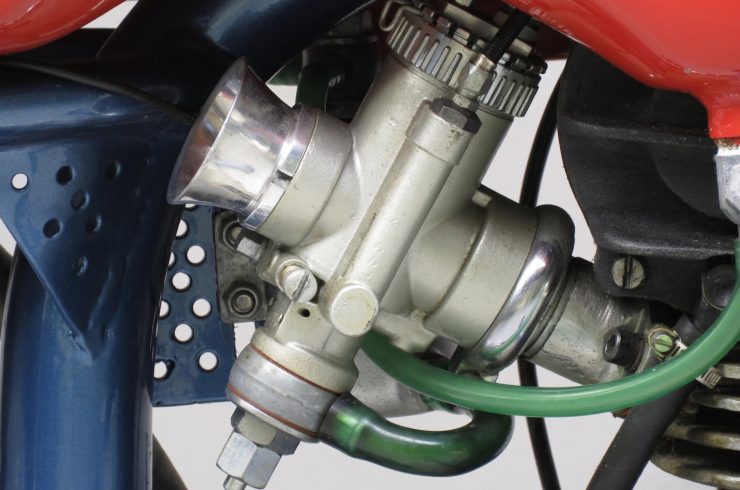 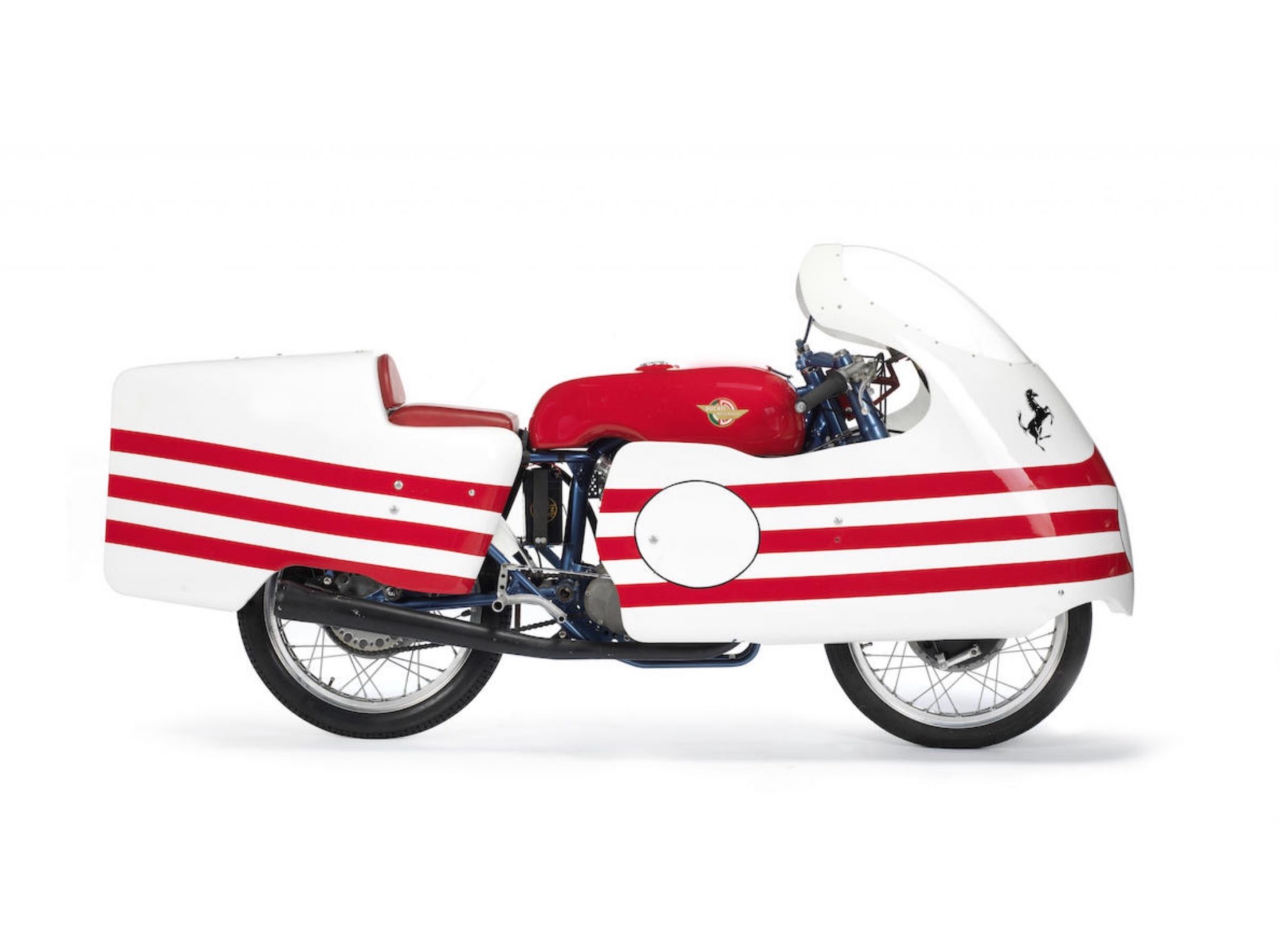