The Ducati MHe 900e is a modern classic, originally released as a concept bike back in 2000 the design won so much public adoration that Ducati decided to do a limited number production run on the model. 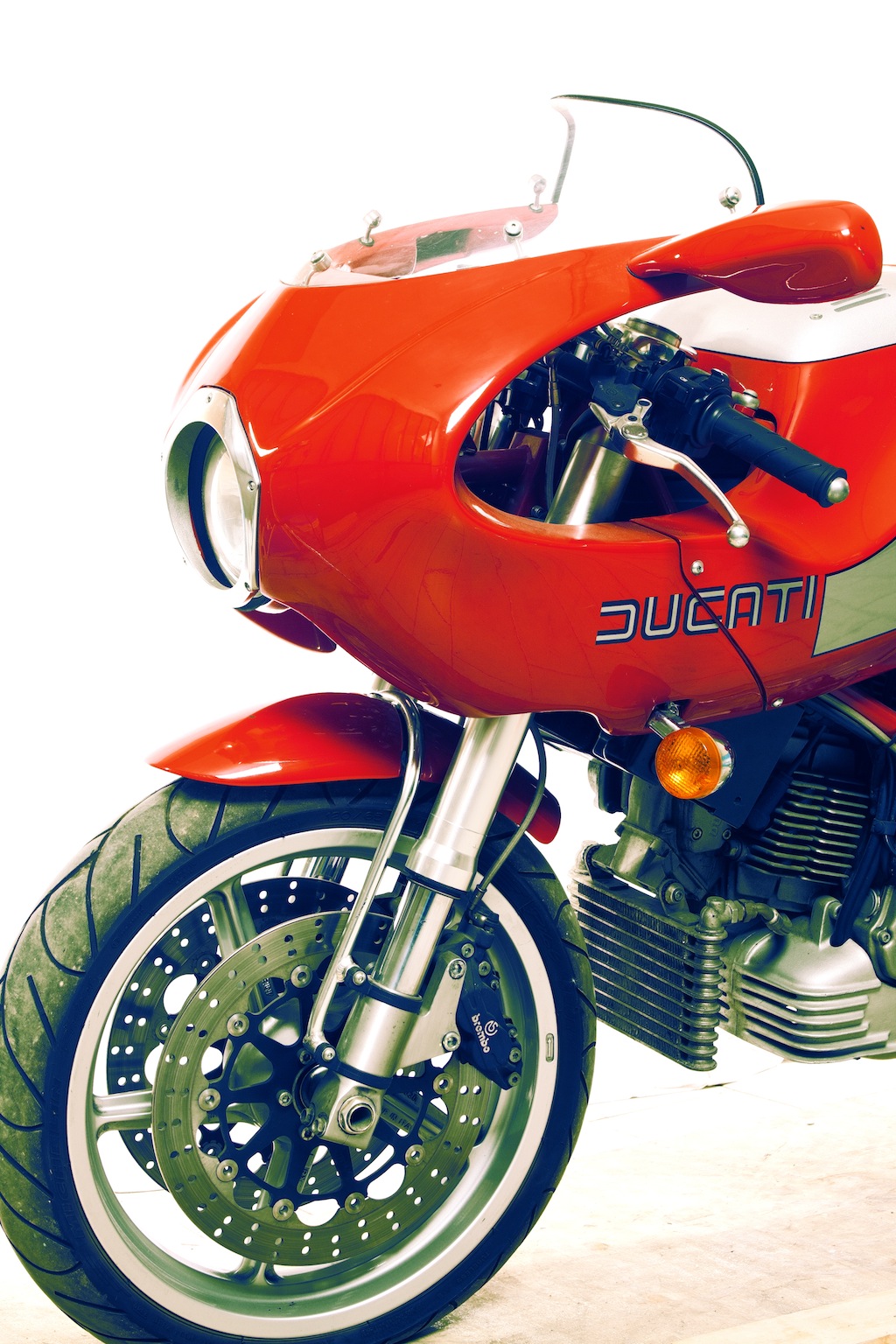 Terblanche sketched the original MHe 900e concept bike in 1999, he was inspired by Mike Hailwood’s incredible race win at the Isle of Man TT in 1978. “Mike The Bike” came out of retirement to win the race with his usual flair and the world of competitive motorcycling exploded with joy, not least the Italians and their Ducati team.

There were only 1000 Ducati MHe 900e models made and interestingly, all of them were sold online through Ducati’s website. They don’t tend to come up for sale very often so the fact that RM Auctions is offering one in their upcoming Monaco auction in May is kind of a big deal (if you’re a Ducati collector).

The Ducatis at the auction are being offered up from the private collection of former Ducati factory test-rider and Ducati dealership owner, Carlo Saltarelli. There are going to be over 100 motorcycles spanning 30+ years being offered for sale so if you have a few clams spare and not much to do in May, head over to the RM Auctions site here and get registered. 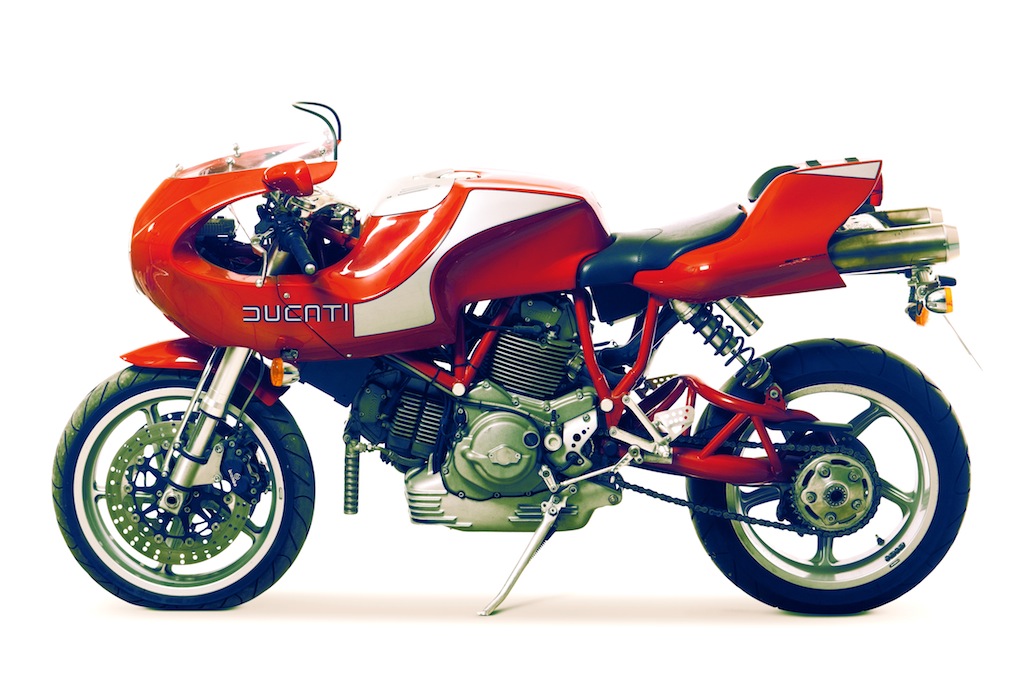 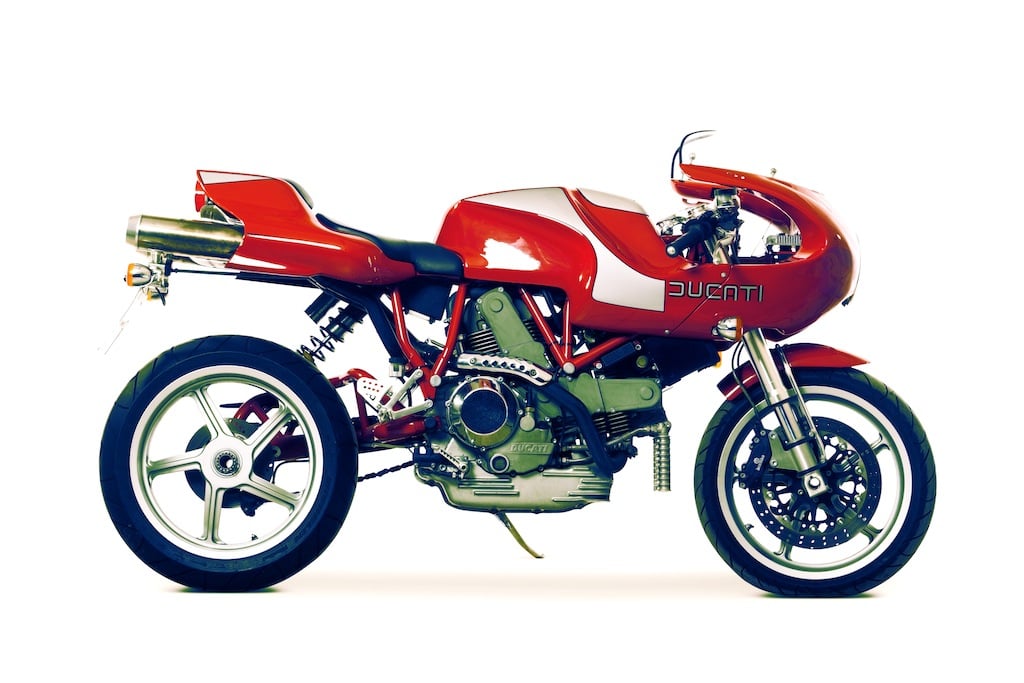 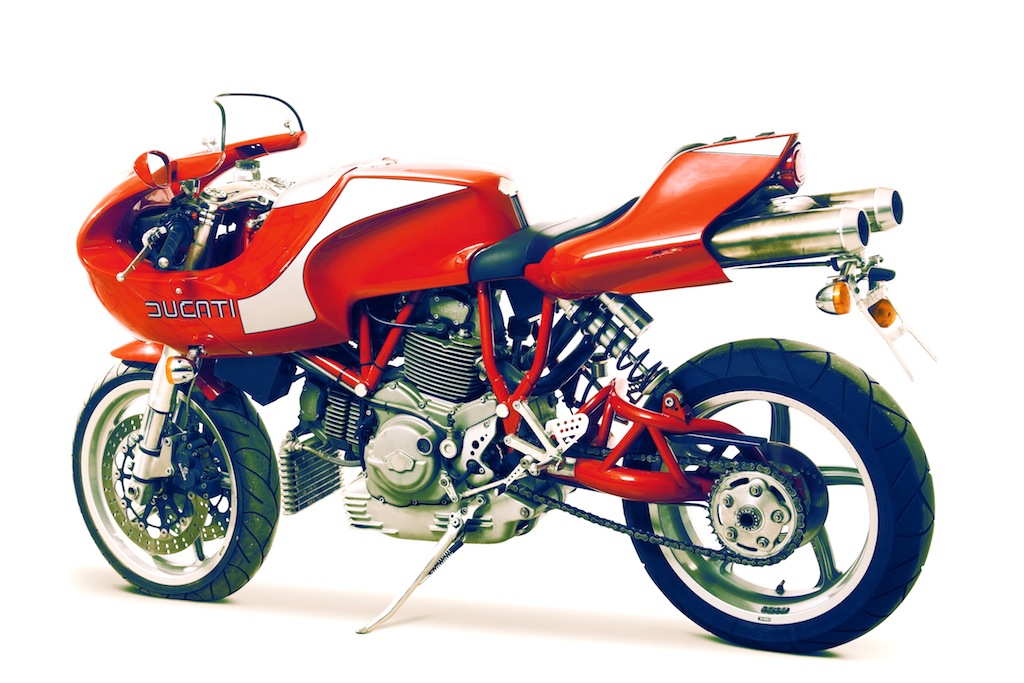 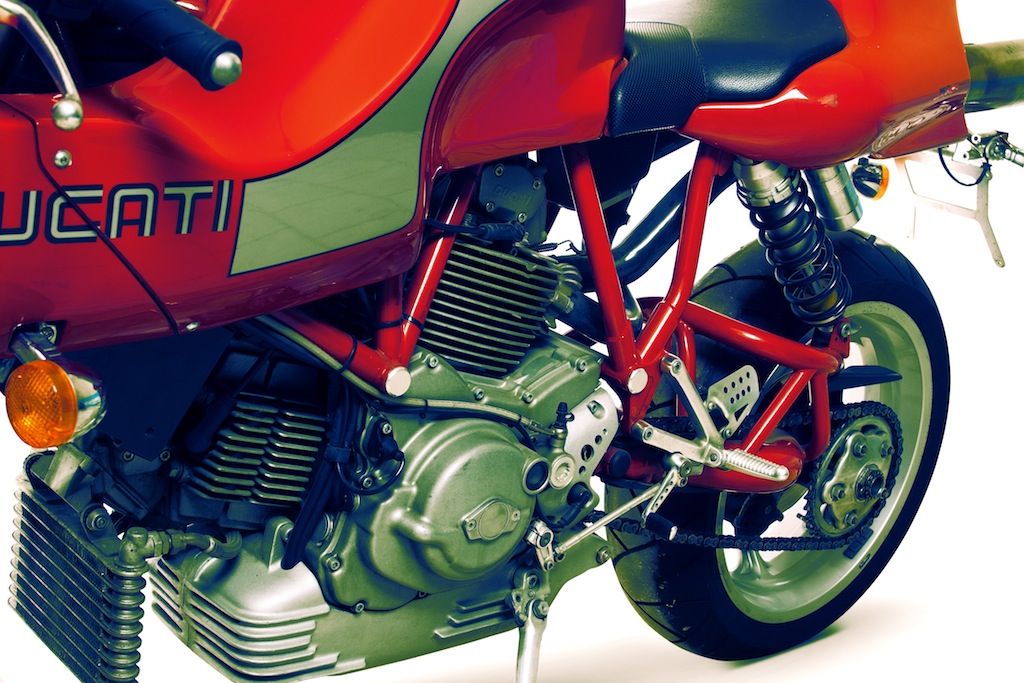 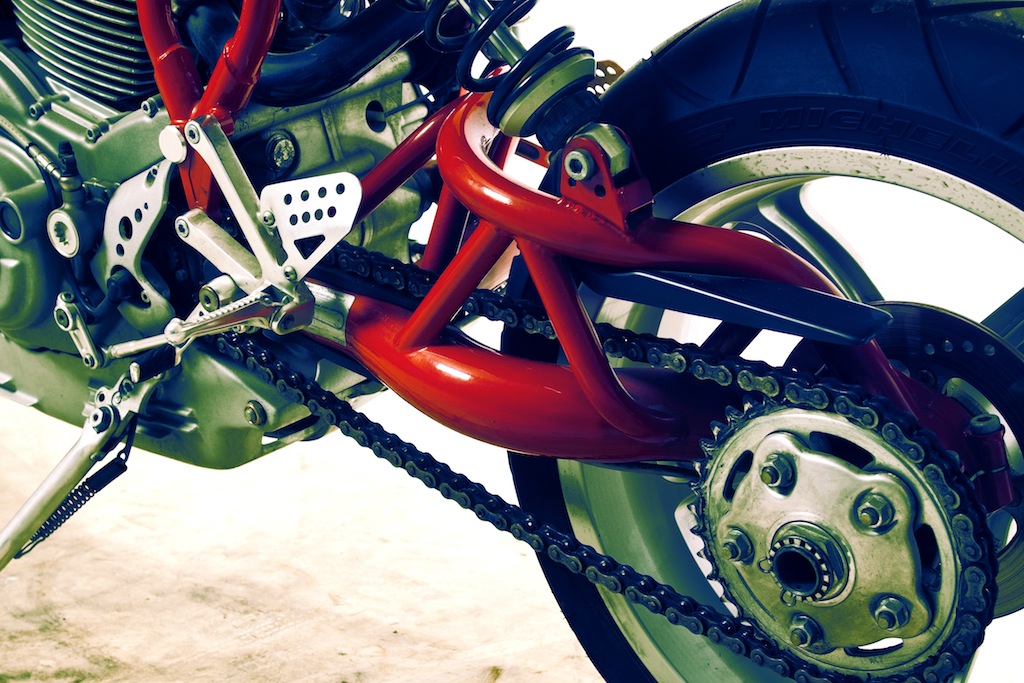