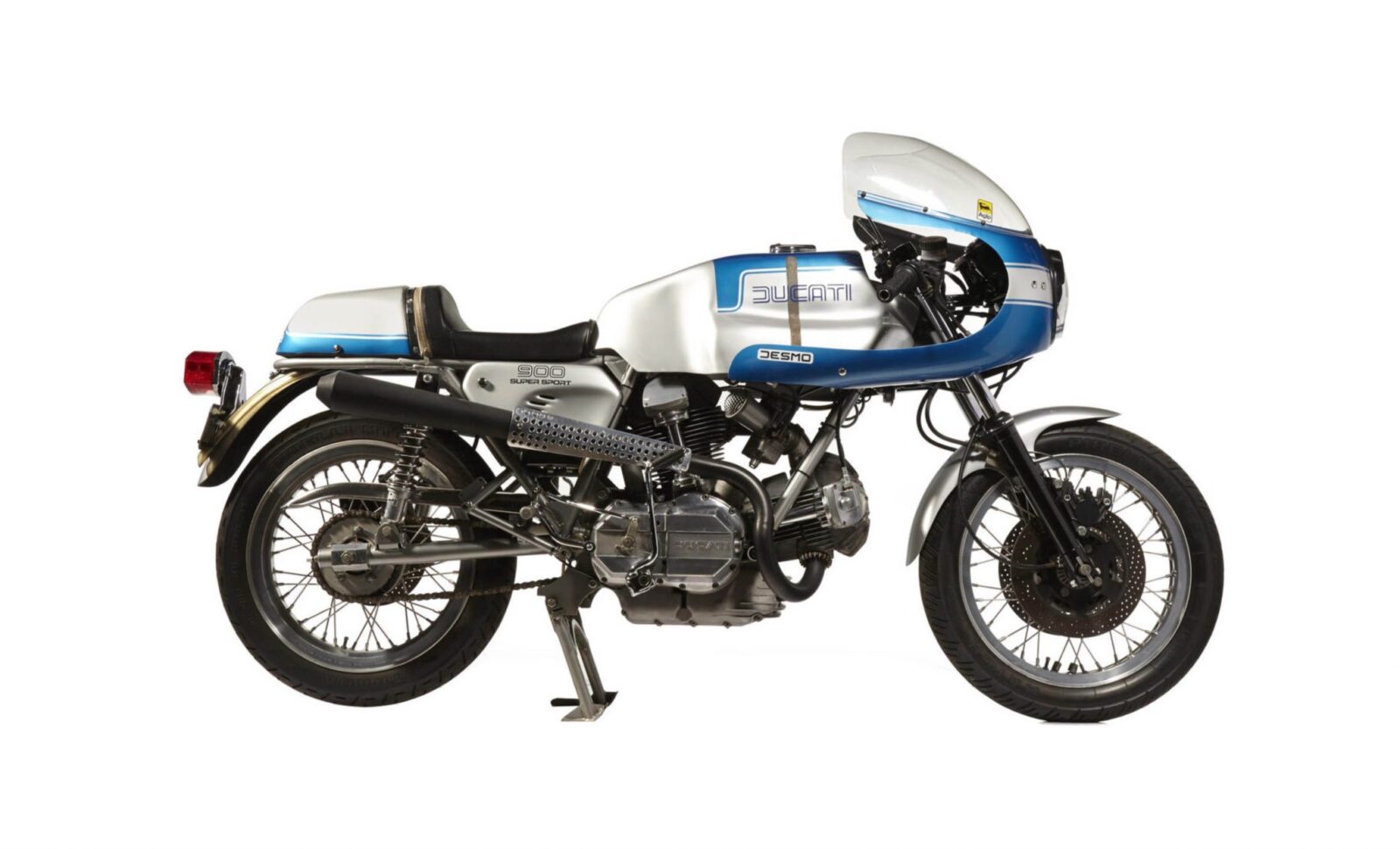 The Ducati 900SS Imola is the larger-capacity descendant of the now legendary 750GT-based Ducatis that shocked the world to take a 1-2 finish at the Imola 200 in 1972. Ducati had been better known for their smaller capacity motorcycles up until this surprise victory in the hands of Paul Smart and second place finisher Bruno Spaggiari – thanks in no small part to the desmodromic L-twin engine developed by Fabio Taglioni.

By 1974 Ducati had prepared a limited production run of the 750 Super Sport, a bike designed to closely resemble the Imola 200 winning 750GT.

The new Super Sport was developed as a barely road-legal motorcycle still far more at home on the circuit than the street, it’s still highly-prized for its handling and performance relative to other motorcycles from the era and some credit it with saving Ducati during the era of the Japanese invasion.

As the ’70s progressed Ducati began looking to produce the Super Sport series motorcycles in more significant numbers, as a result the shifter was switched to the left side and the muffler was improved for street use – the bike had previously been loud enough to give riders tinitus.

In 1975 Ducati introduced the 864cc “square-case” 90-degree twin cylinder motor (often referred to as an L-twin rather than a V-twin) the full 864cc was named the 900 and a sleeved down version was released as a 750. At this point Ducati was only producing a few hundred of these high-performance bikes each year so their rarity and historical provenance has led to them becoming highly collectible – especially the blue and silver Imola version you see here.

Currently part of the Silverman Collection, this 900 SS Imola will be auctioned by Bonhams in Las Vegas on the 8th of January 2015, its estimated value is between $40,000 and $50,000 USD and if you’d like to read more you can click here. 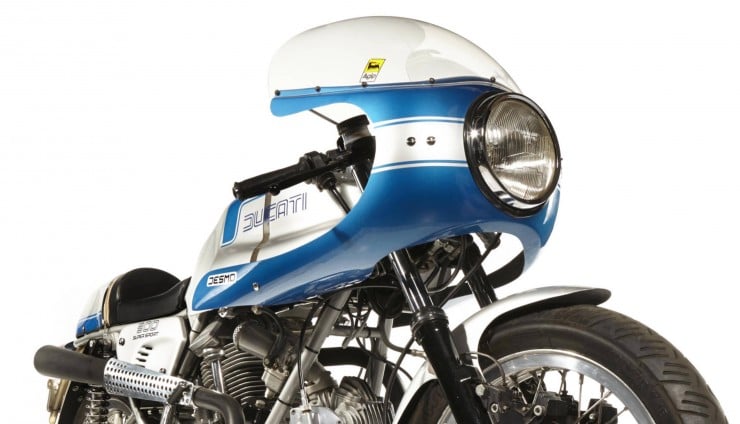 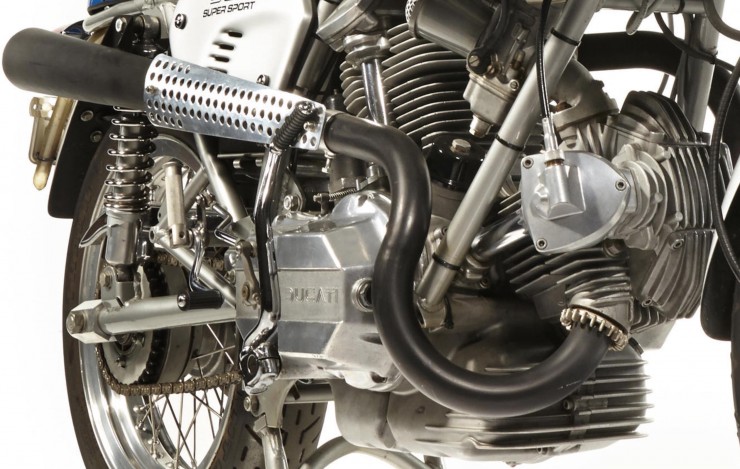 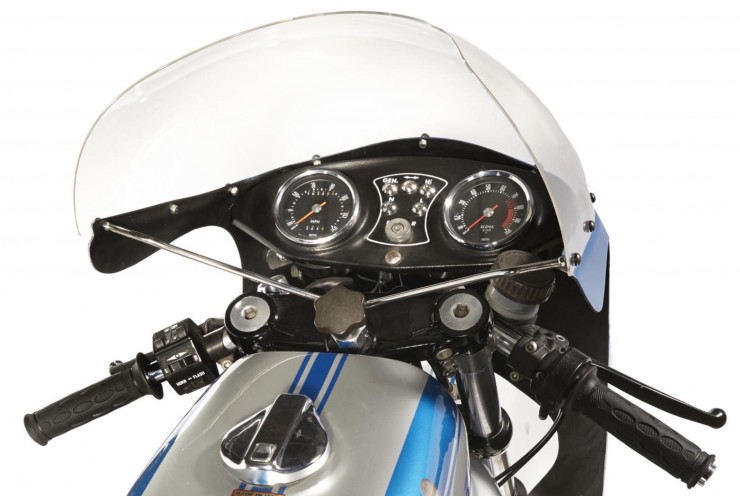 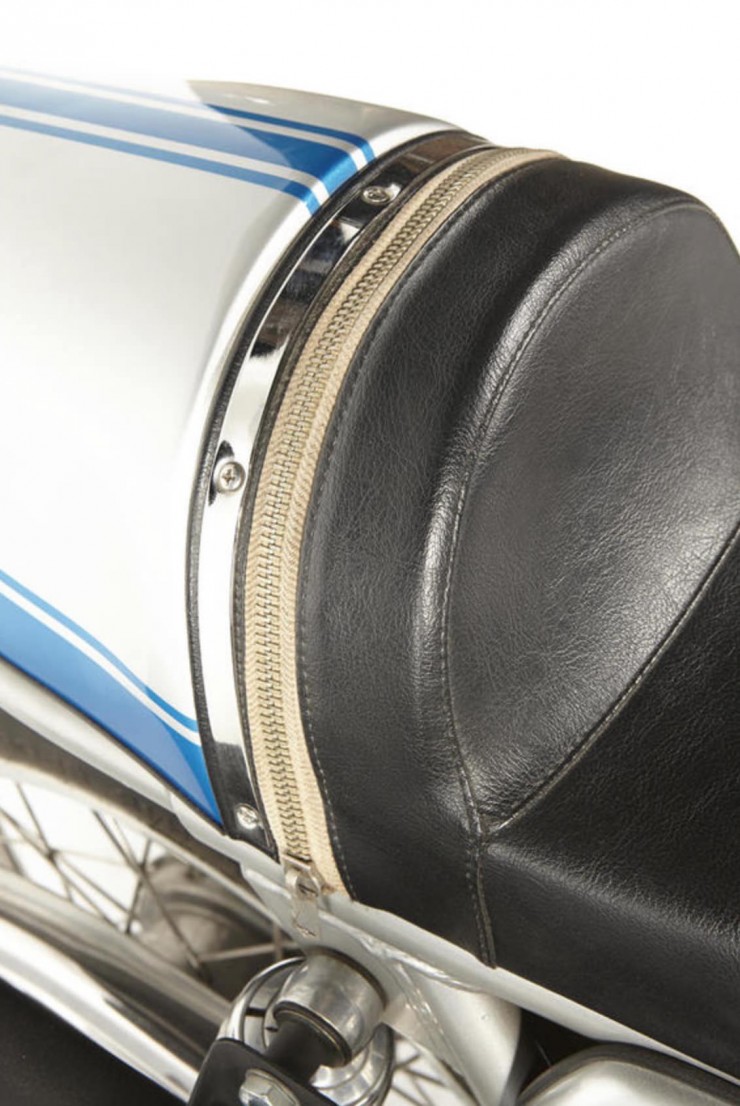 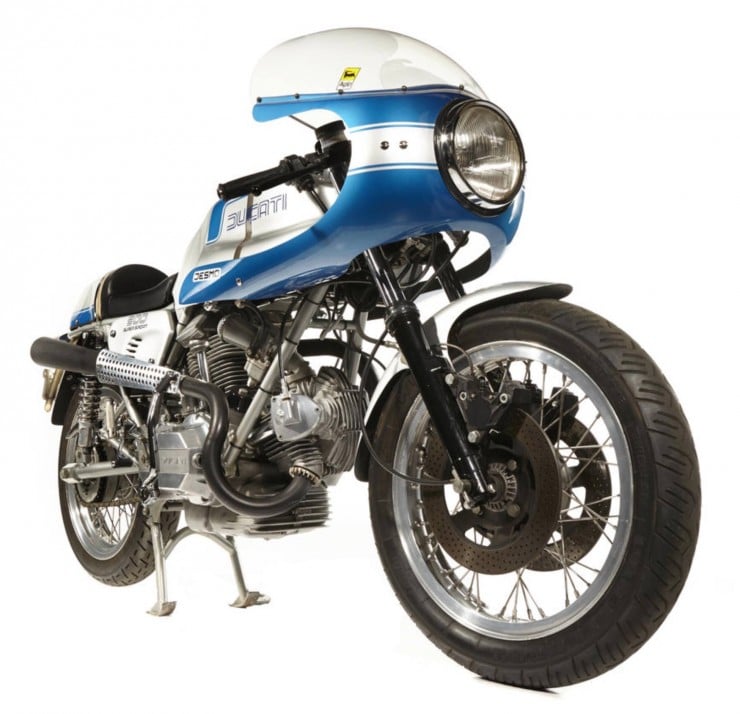 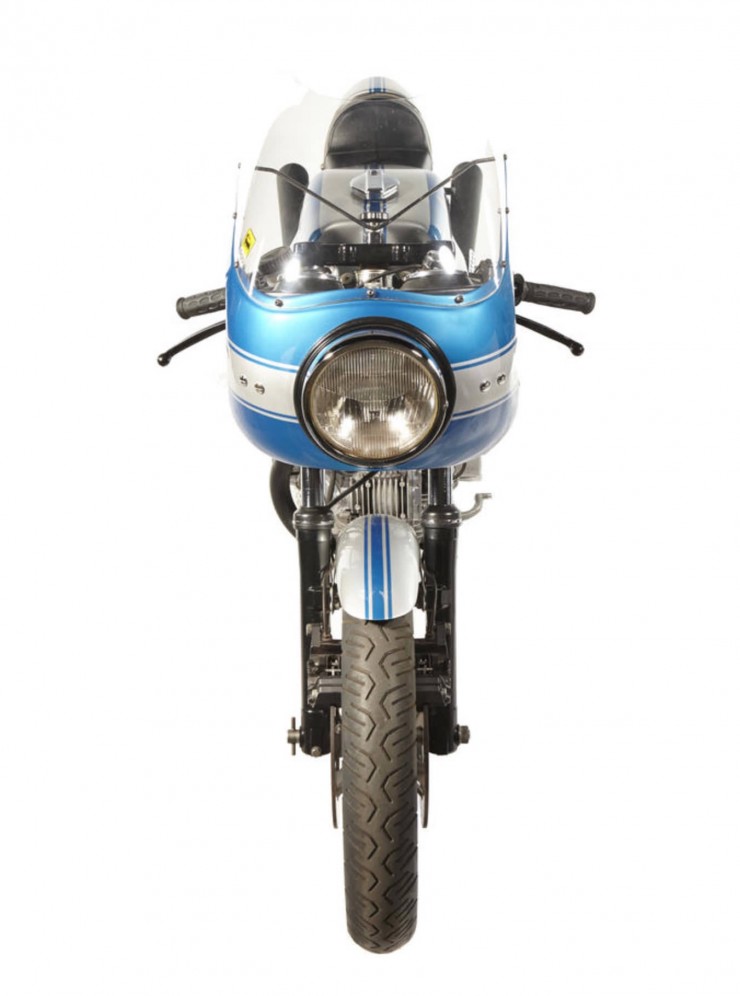 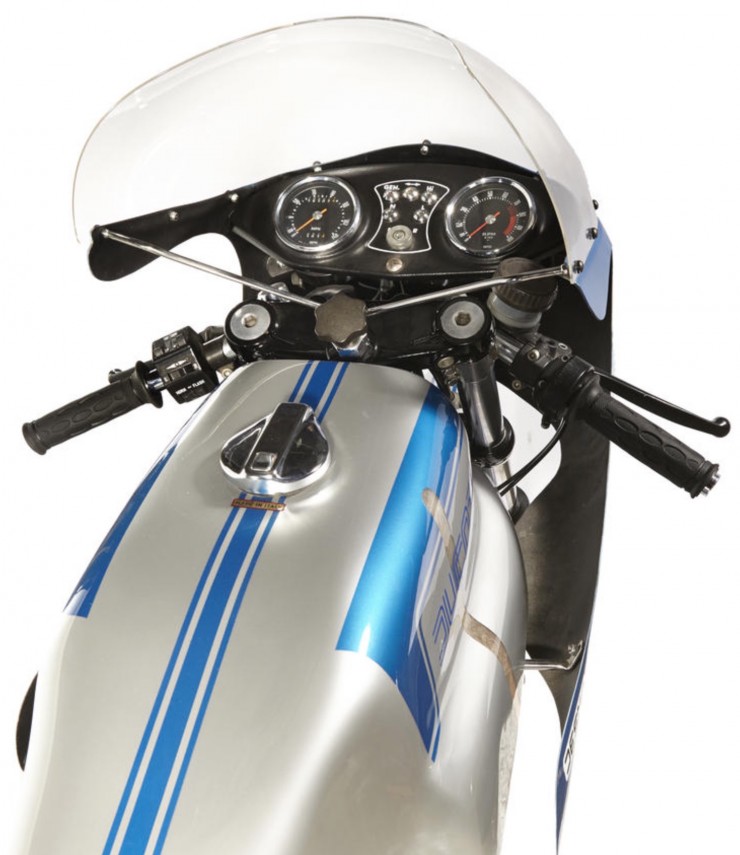 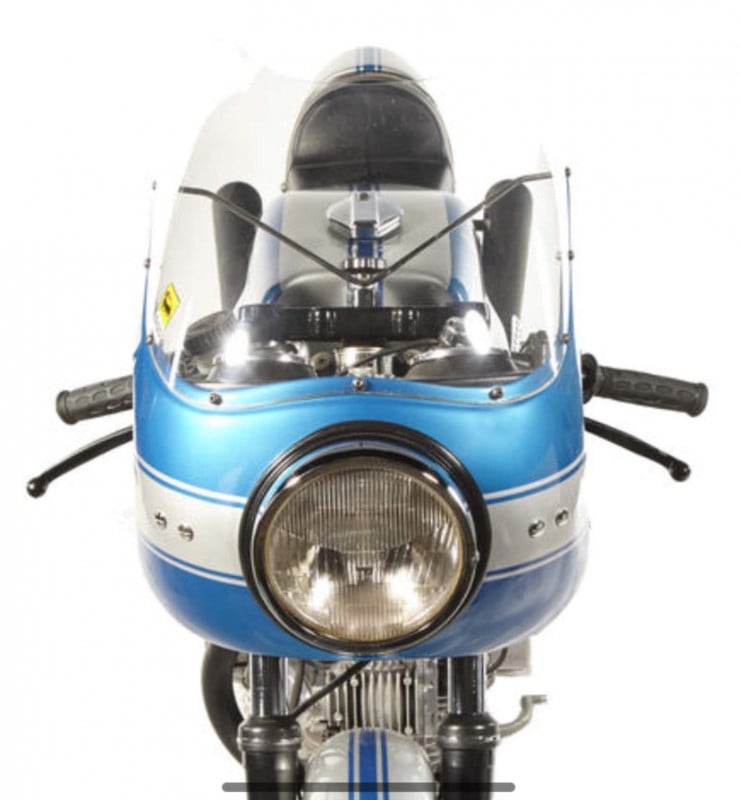 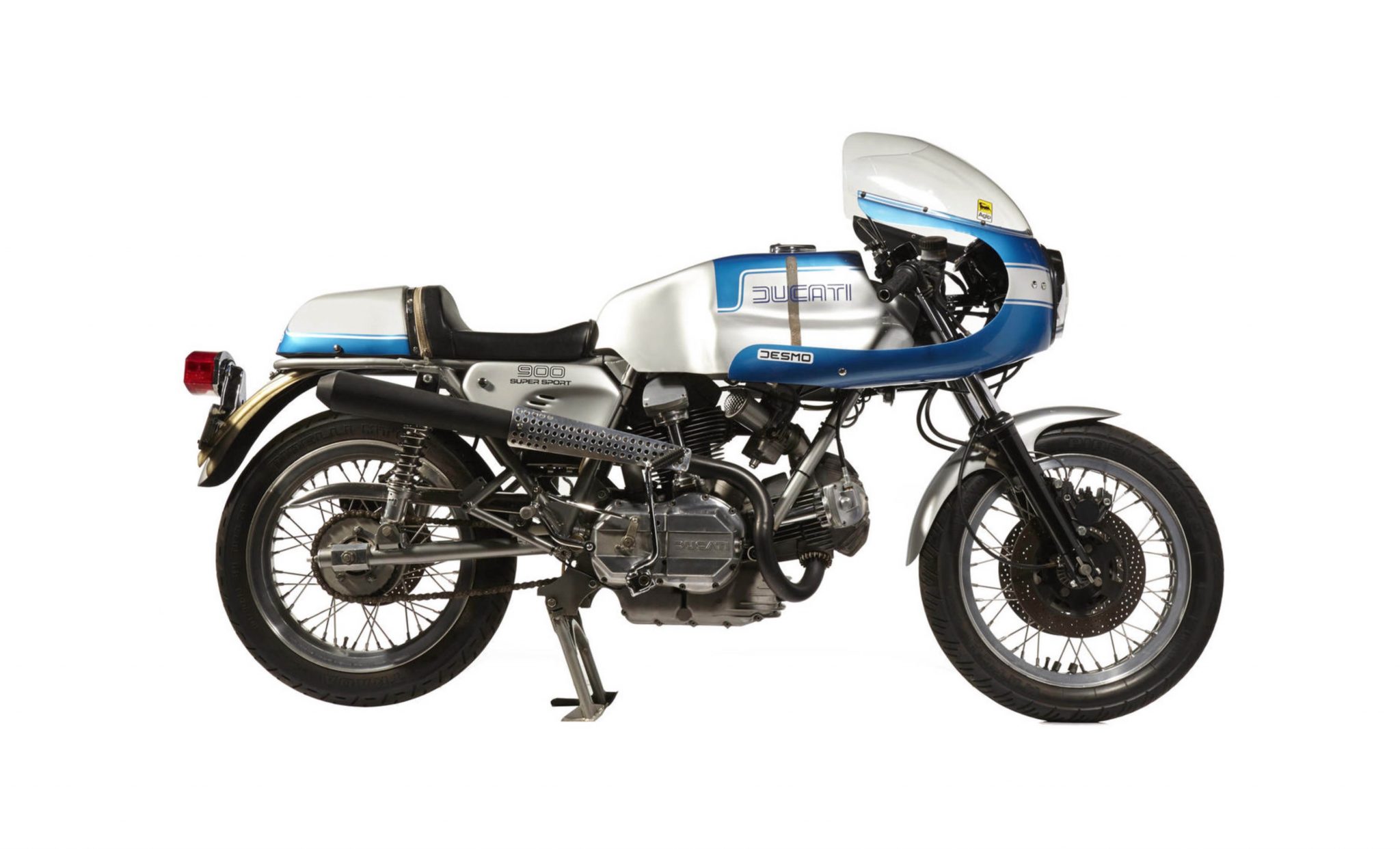