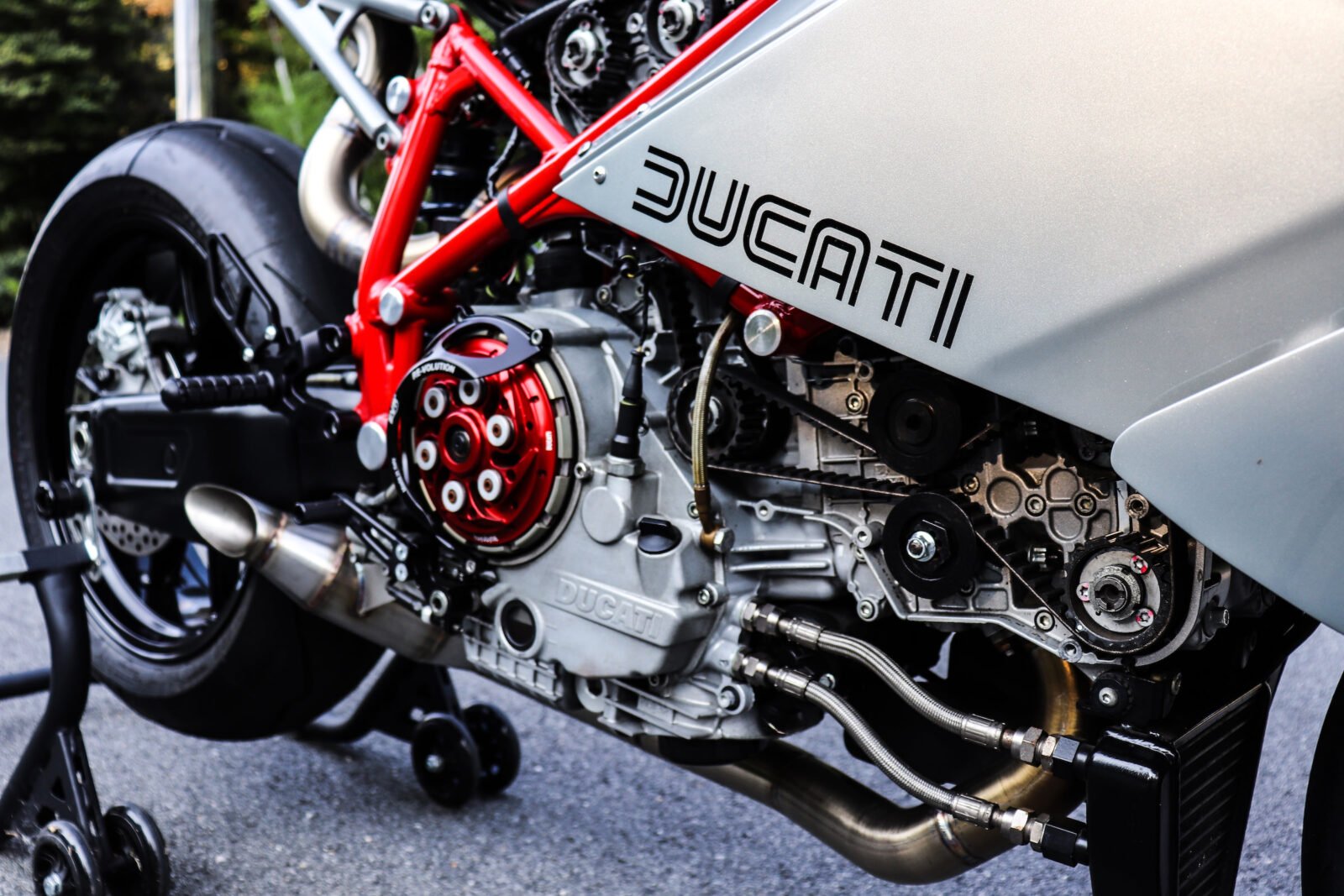 The Ducati 749 and its larger sibling were designed by Pierre Terblanche, a name treated with universal and much deserved reverence in the motorcycling community.

Though a globally respected marque, Ducati didn’t have the development budgets of the big four Japanese motorcycle companies back in the early 2000s. This meant they had to be clever when designing motorcycles, and ensure parts could be used on more than one model.

When it came time for Terblanche to design a pair of new Ducati superbikes with engine sizes of 1000cc and 750cc he chose to make essentially the same motorcycle with different barrels and heads. There are a few other differences of course, but not many. 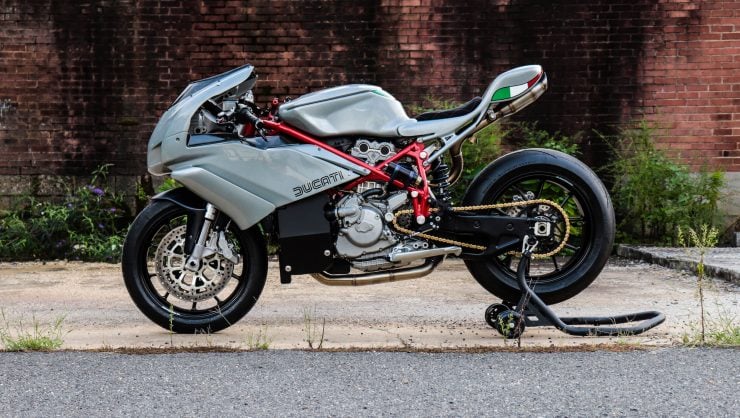 As with most modern Ducatis, the 749 has a tubular steel trellis frame that uses the engine as a stressed-member. Up front you’ll find a Showa “LR/RC” 43mm upside-down fully adjustable fork with a 24.5° rake, and in the rear a progressive linkage with a fully adjustable Sachs monoshock is fitted.

Stopping power is provided by two 320mm discs up front with four piston calipers, and a single 245mm disc in the rear with a two piston caliper.

The Ducati 749 was sold from 2003 till 2007 when Ducati replaced it with the 848. The 749 remains a popular secondhand bike today, and an excellent alternative to similarly powered 600cc superbikes out of Japan. 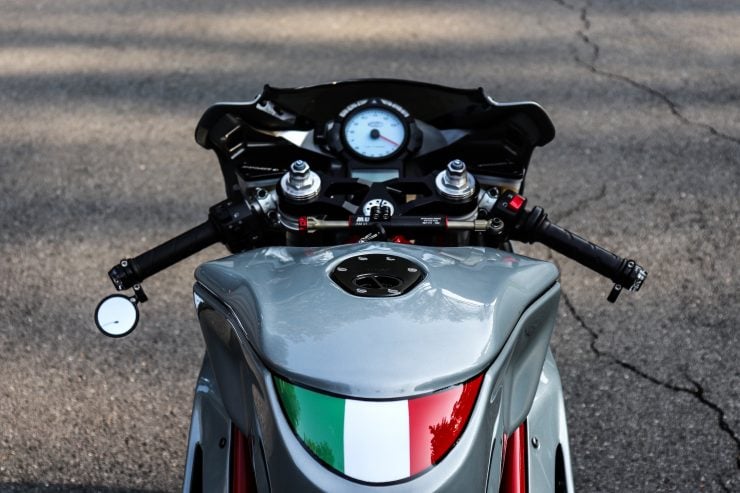 The 749 you see here has been comprehensively reworked by Jett Design and Motorelic to be the motorbike Terblanche might have built himself, if he hadn’t been hampered by the realties of mass-production.

The 749 project was a collaborative effort between Andrew of Jett Design and Sean of Motorelic, both talented custom motorcycle builders who share a passion for not just changing the way motorcycles look, but fundamentally improving the way they ride.

Andrew sourced a bone-stock 2005 Ducati 749 with only 5,000 miles on the odometer and the build began. The primary objective was to get the bike as light as possible so that both performance and handling would be improved, the secondary objective was to increase both horsepower and torque.

The rear subframe was one of the first parts to go, along with the factory seat and rear end. Sean set to work building a new subframe and seat from aluminum as a single piece for weight savings, the new tail has integrated LED tail lights and a low profile Alcantara seat made by Andrew. 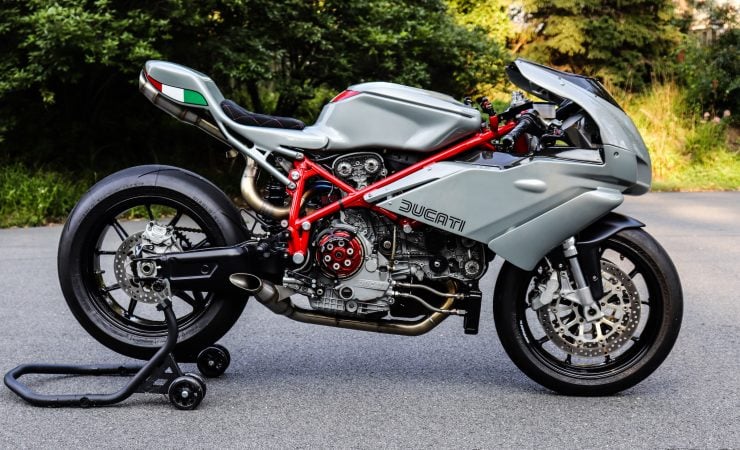 Attention now turned to the front of the bike, the original factory fairing was removed and heavily modified to save weight and simplify. One of the headlights was removed to shave weight further, the lower end of the fairing was discarded, and the upper fairing was significantly re-modeled.

With the bodywork complete the two men shifted focus to the engine. Sean crafted a pair of new high-performance exhausts with one exit out the lower right side and one exit out under the seat. A pair of Sprint air filters was added, a lightweight flywheel was installed (1.5 lbs), and a Yoyodyne dry slipper clutch was fitted.

The completed bike is notably quicker than it was in stock trim, and dare I say it looks better too, though to be fair the original Terblanche design has aged remarkably well over the intervening years. 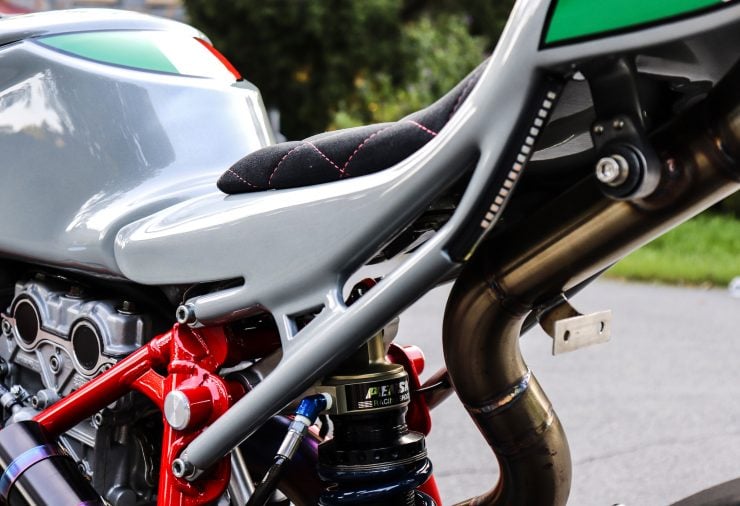 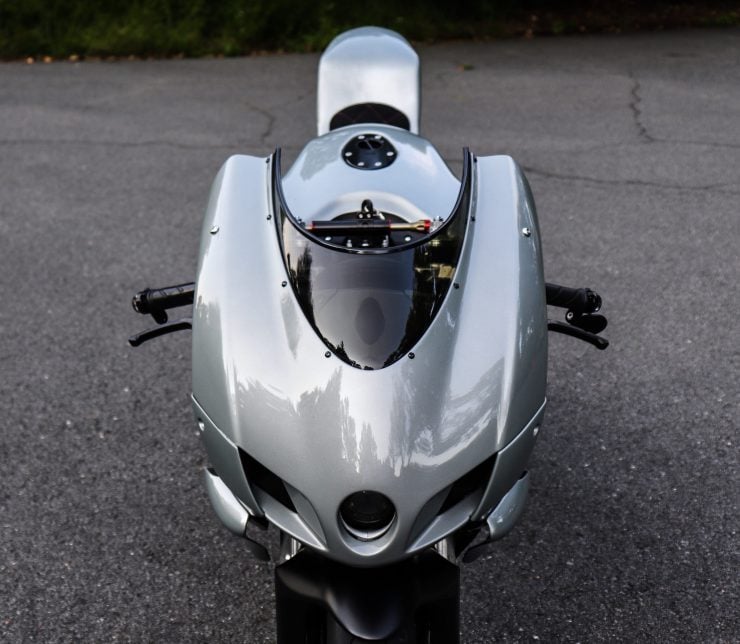 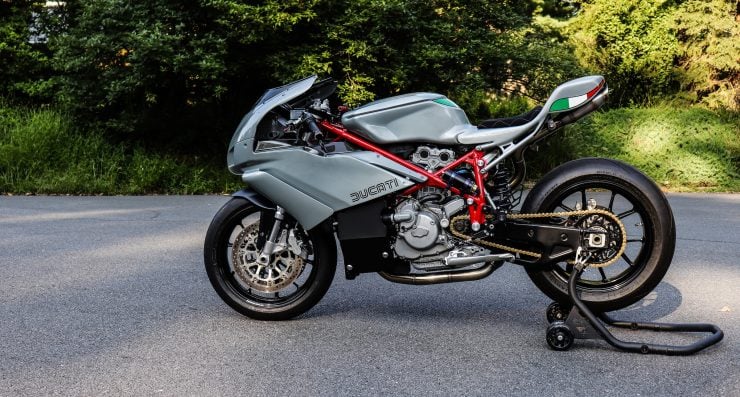 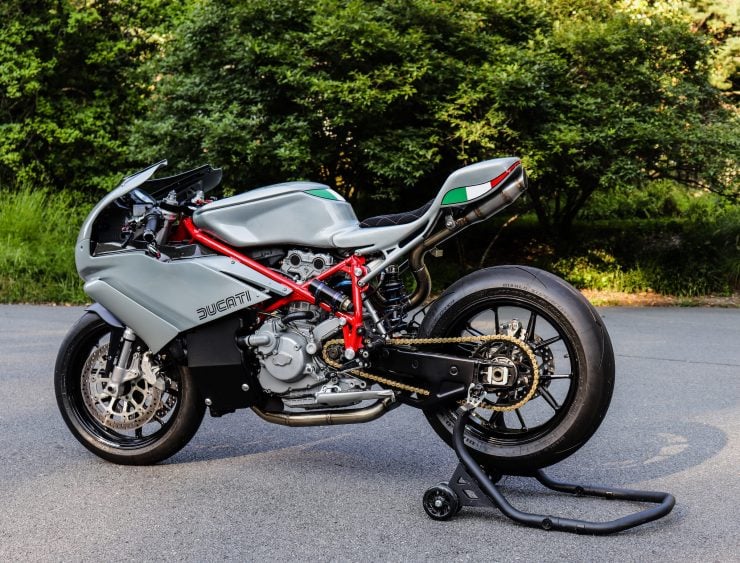 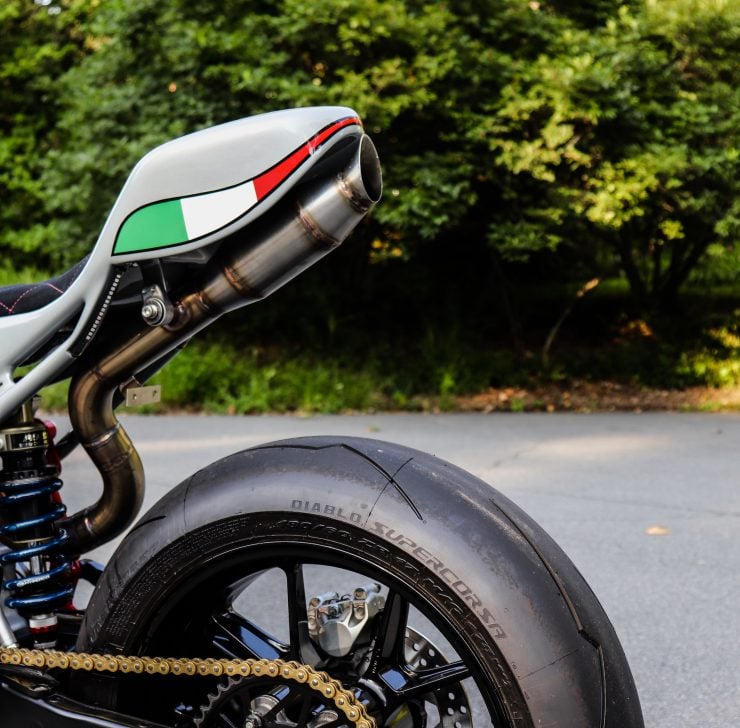 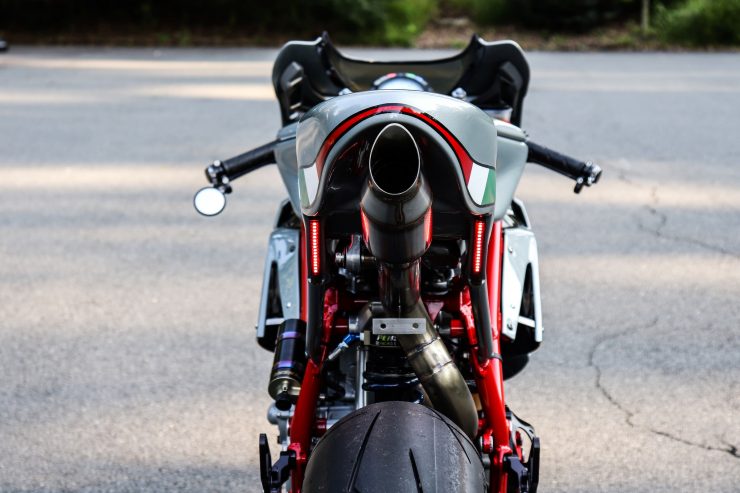 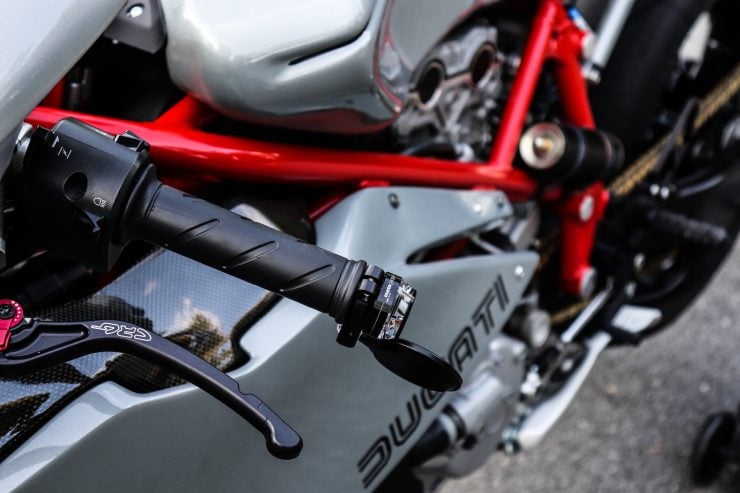 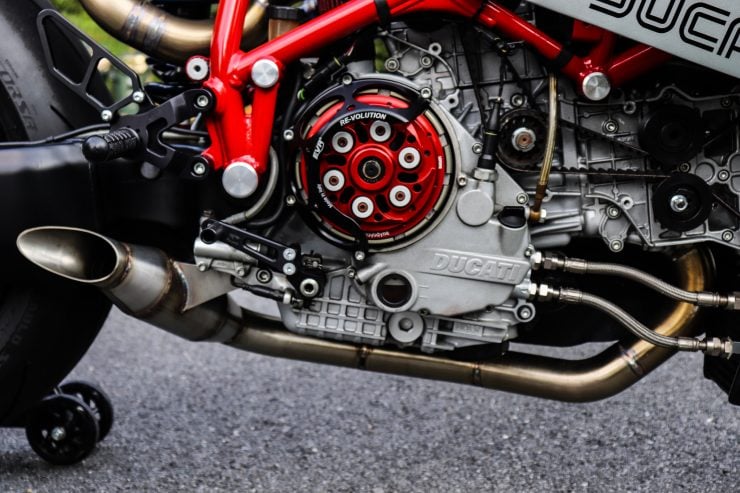 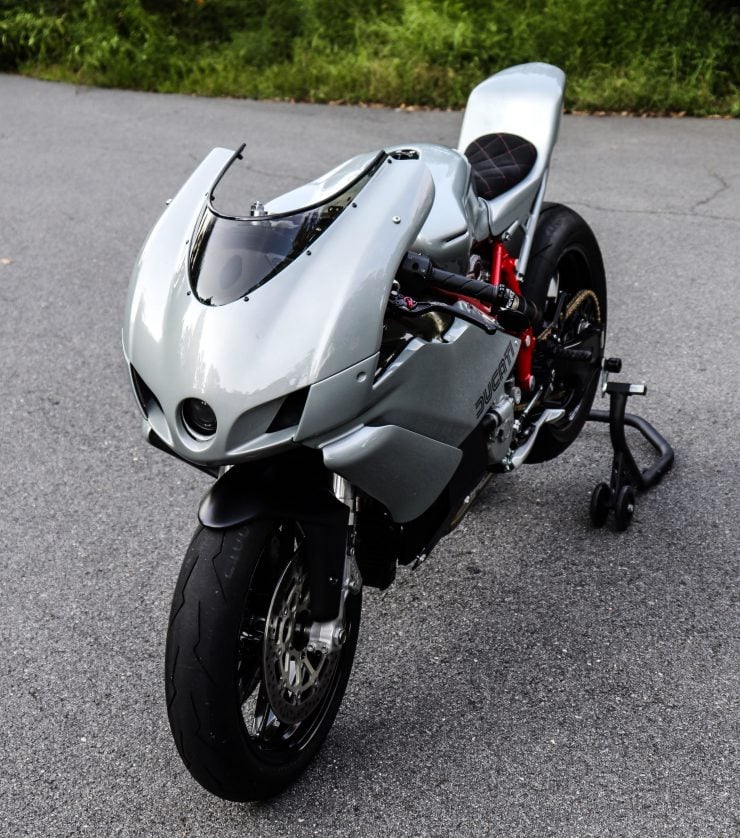 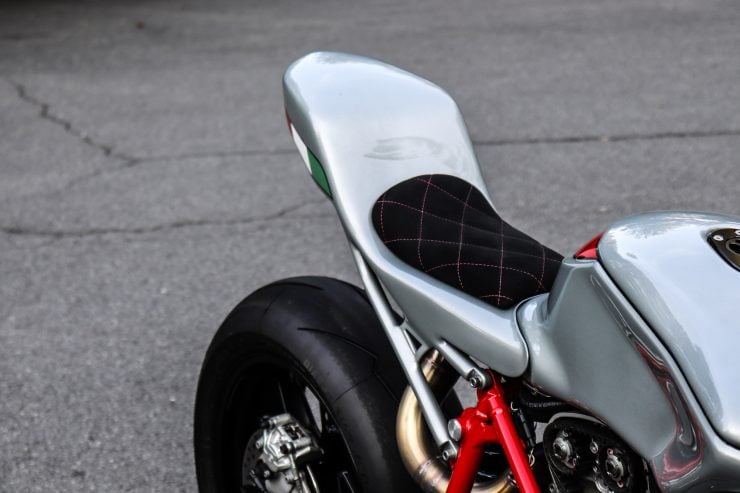 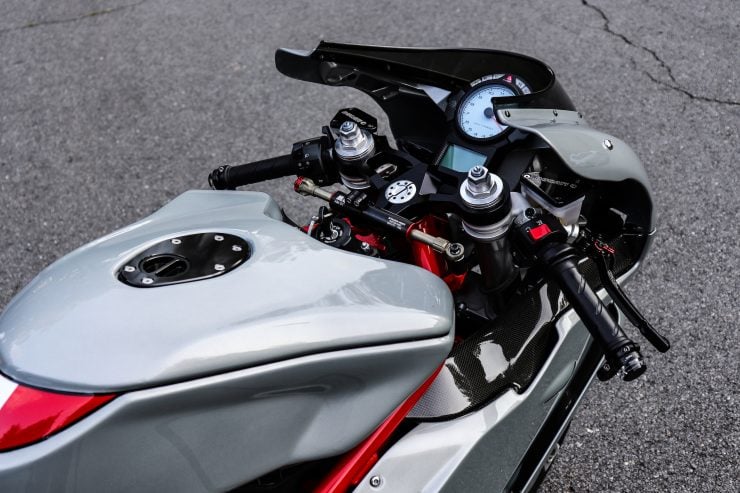 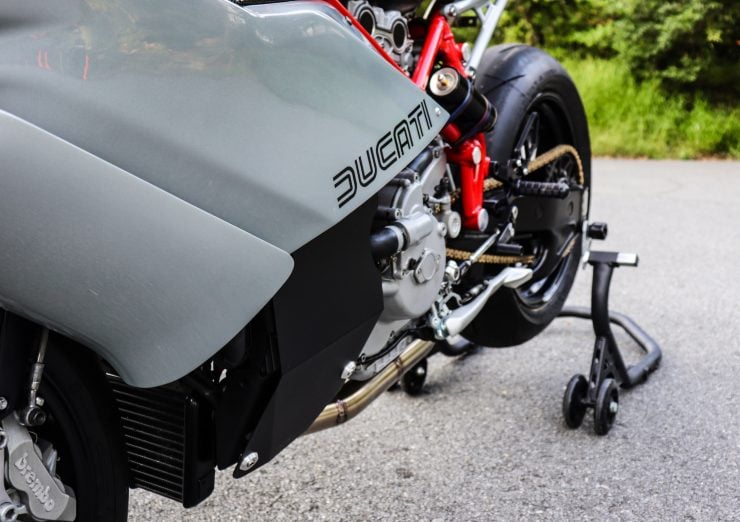 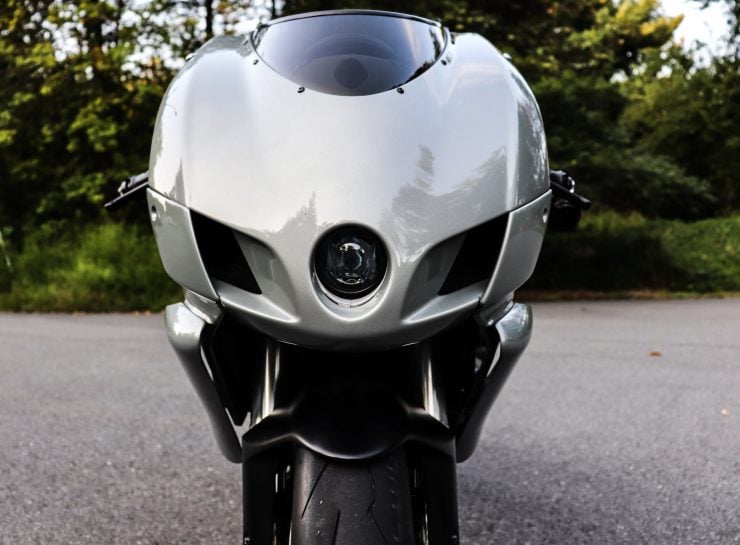 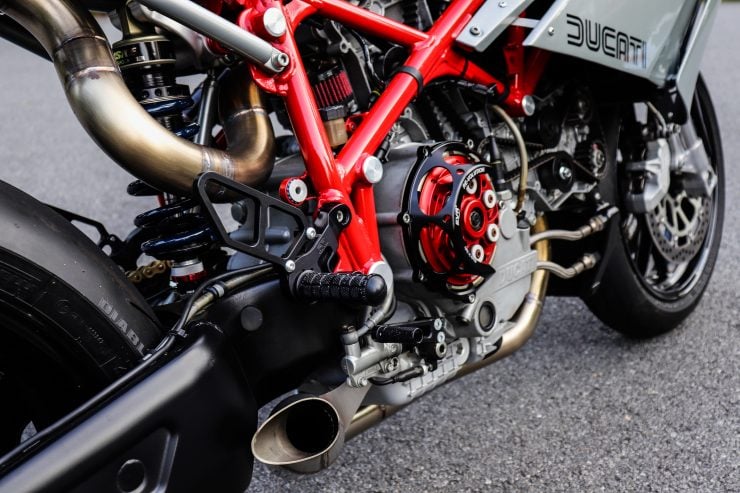 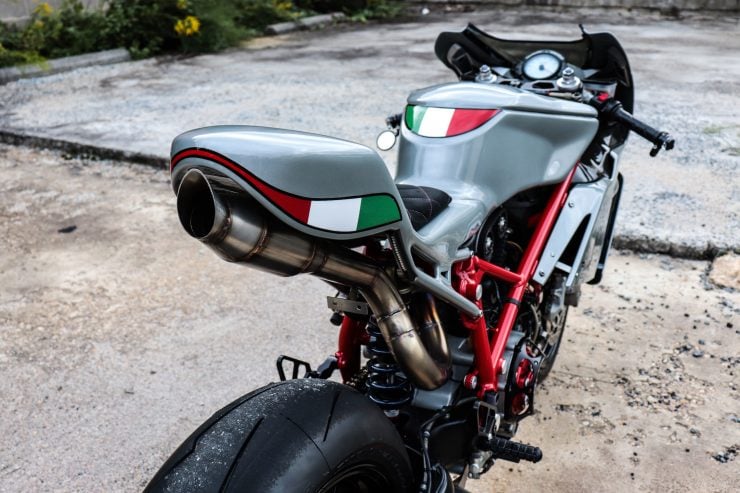