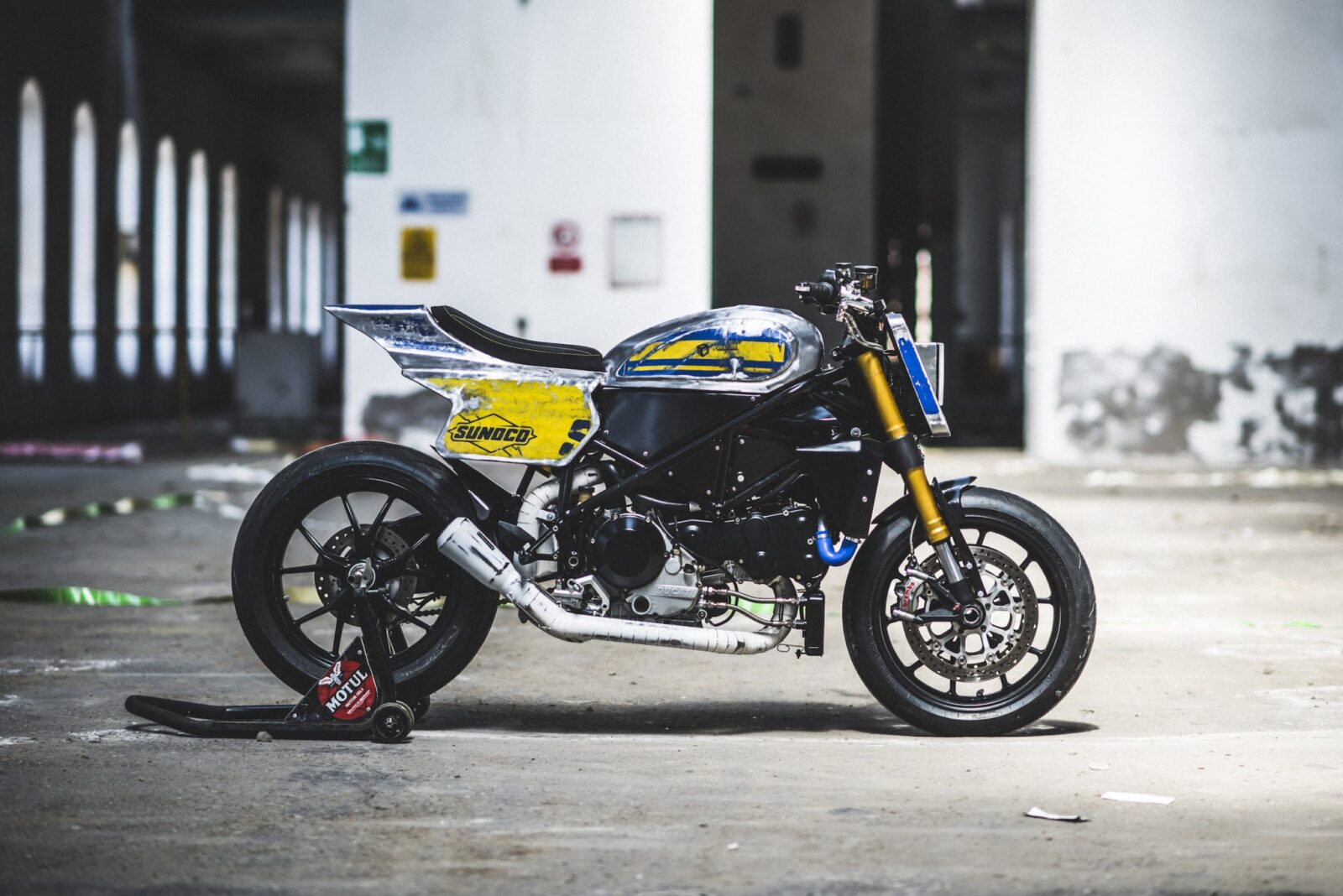 The Ducati 749 you see here is the work of Vibrazioni Art Design, a boutique design house started by Alberto Dassasso and Riccardo Zanobini – two Italians with a penchant for recycling old oil barrels into handmade furniture and occasionally handbuilt motorcycles.

We’ve previously featured a Vibrazioni-built Honda CB750 and a Ducati Scrambler, you can always tell a Vibrazioni custom from half a city block away due to their unique metalwork, characterised by the iconic original oil company logos preserved on old 44 gallon drums.

Ducati released the 749 in 2003 as a replacement for the ageing 748, both bikes had slightly smaller capacity engines based on their larger Ducati stablemates, in the case of the 748 it was the 916 and the 749 was based on the 999.

Once of the benefits of the smaller capacity engine is the fact that it revs up faster and has a higher red line, thanks in large part to the smaller, lighter pistons and reduced rotating mass. Many Ducatista will tell you the 749 handles better than the 999 too – although this is difficult to explain give the exceedingly similar kerb weights and designs of both bikes.

With its Pierre Terblanche designed good-looks, its 748cc L-twin with 8 Desmodromic valves, 116 bhp, 60 lbf.ft of torque, and a dry weight of 188 kilograms (414 lbs) the 749 proved to be a popular and affordable entry point to the world of Ducati superbikes. 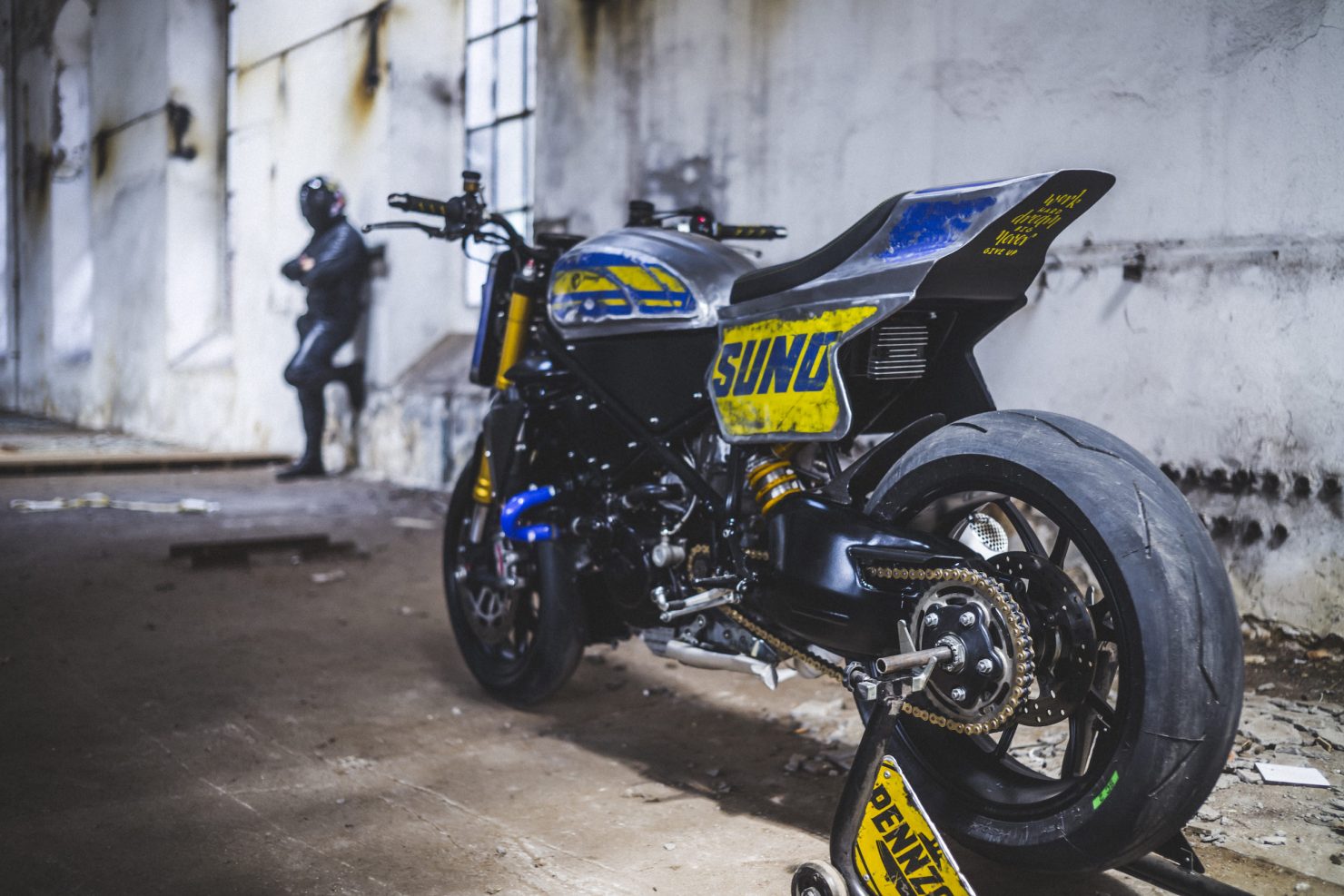 When Vibrazioni got their hands on a Ducati 749 it was always going to result in something a little unusual. As an Italian design house the team at Vibrazioni have a special connection with their fellow countrymen at Ducati, though their interpretation is unlike anything you’re likely to see rolling out of the official factory in Bologna.

Far from being just a cosmetic make over, the Vibrazioni team modified the main trellis frame and the sub-frame, they swapped out the original forks for a set from a Ducati Streetfighter, the swing arm was sourced from a Ducati 1098, and the handlebars came from a Multistrada.

That fuel tank may look familiar – it started life as a stock Ducati Scrambler tank before being modified significantly using parts from recycled Sunoco oil drums. The seat and rear bodywork has been shaped from the same Sunoco drum into a flat track style seat, with a matching headlight and vented shield up front.

The new exhaust was also made in house, and fitted with a shorty muffler that does a great job of barely restraining the distinctive burble from the Ducati L-twin. The completed bike is unmistakably both a Ducati and a Vibrazioni, with a healthy heaping of irreverent flat tracker styling thrown in for good measure.

The team at Vibrazioni make a relatively limited number of bikes, their other focus being industrial-style furniture with a similar design ethos. Even those of you who typically have little interest in furniture design might find you quite like their work – it’s certainly not the sort of thing you’d ever find for sale in Bed, Bath, and Beyond.

If you’d like to see more from Vibrazioni Art Design you can click here to see their back catalogue of bikes. 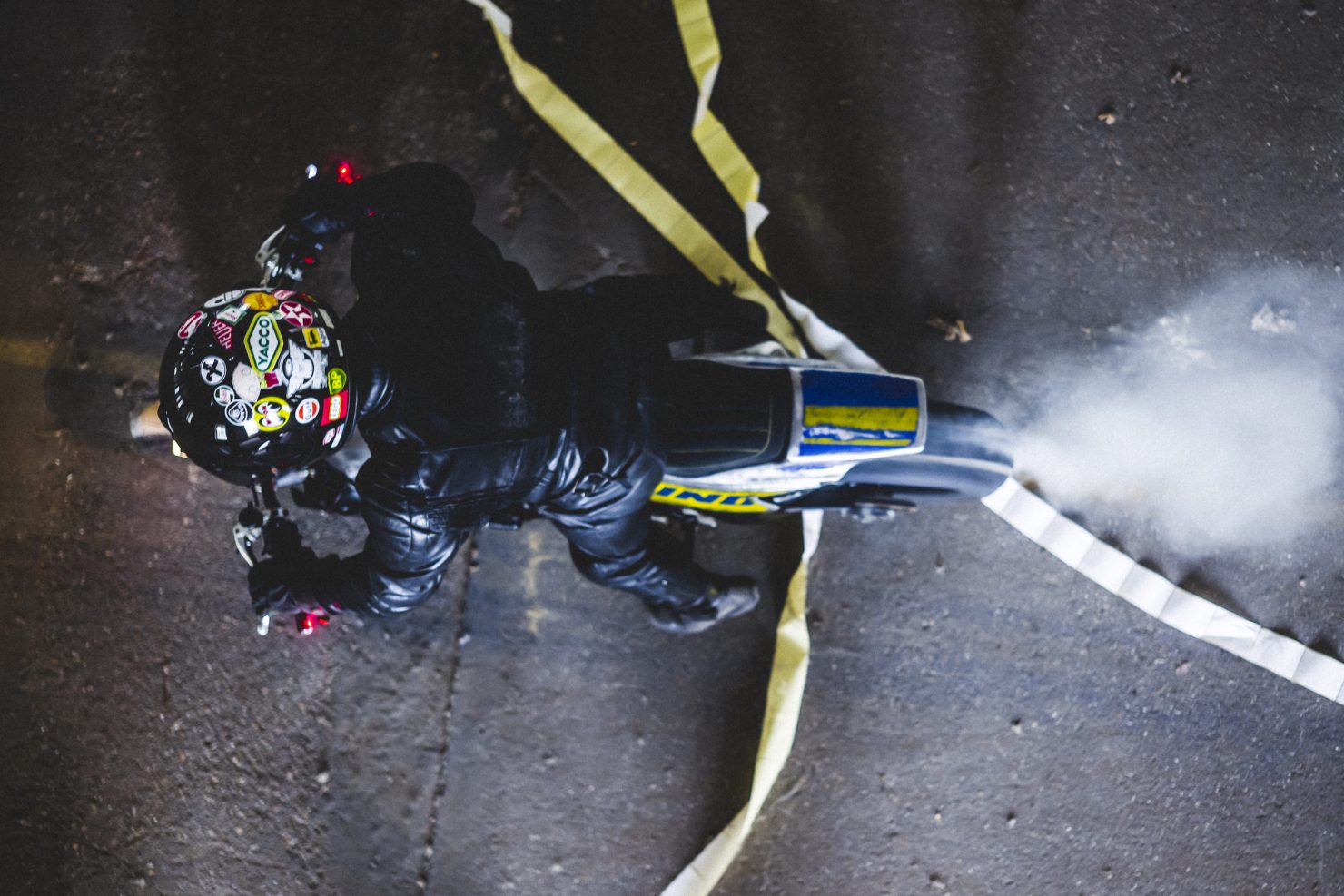 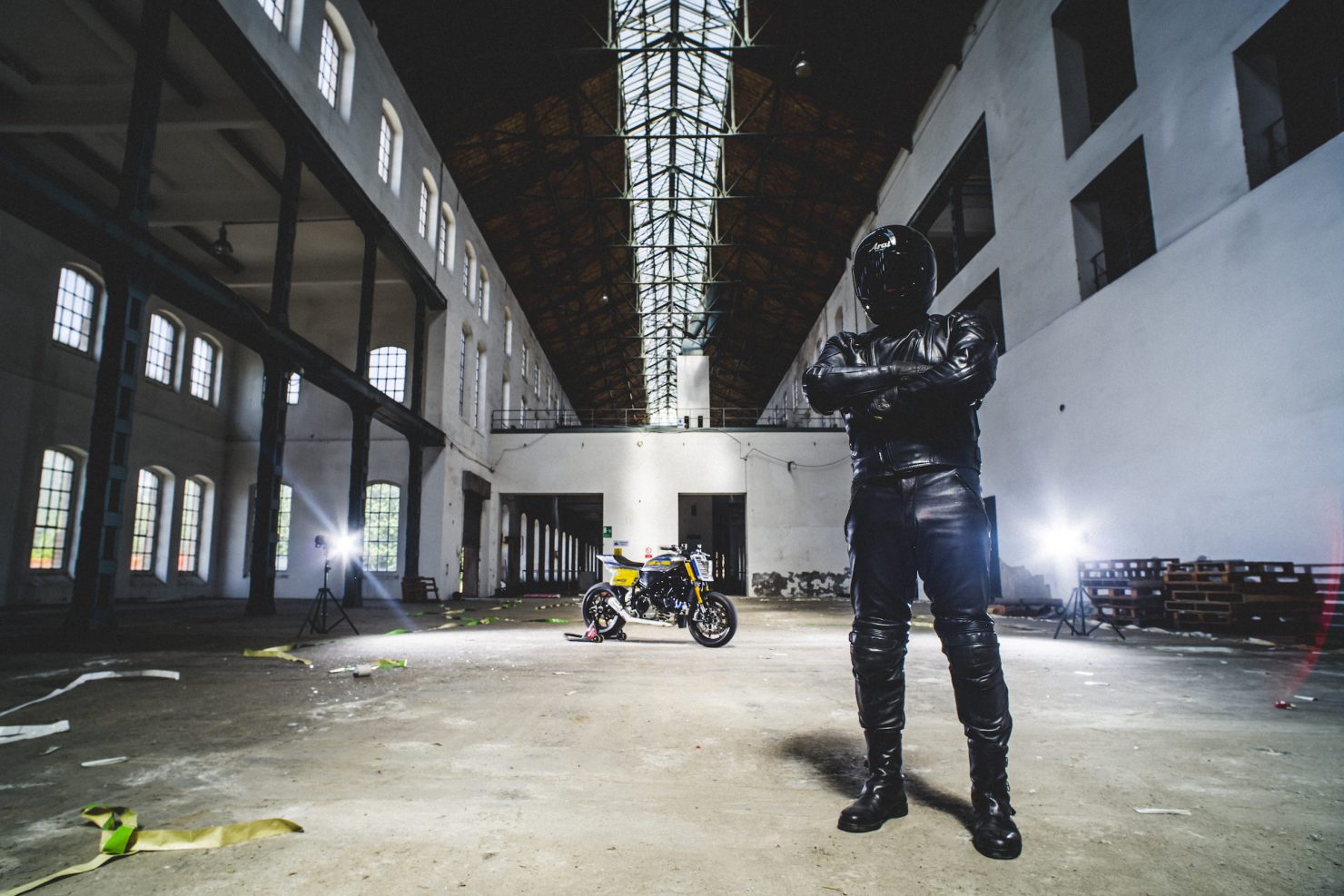 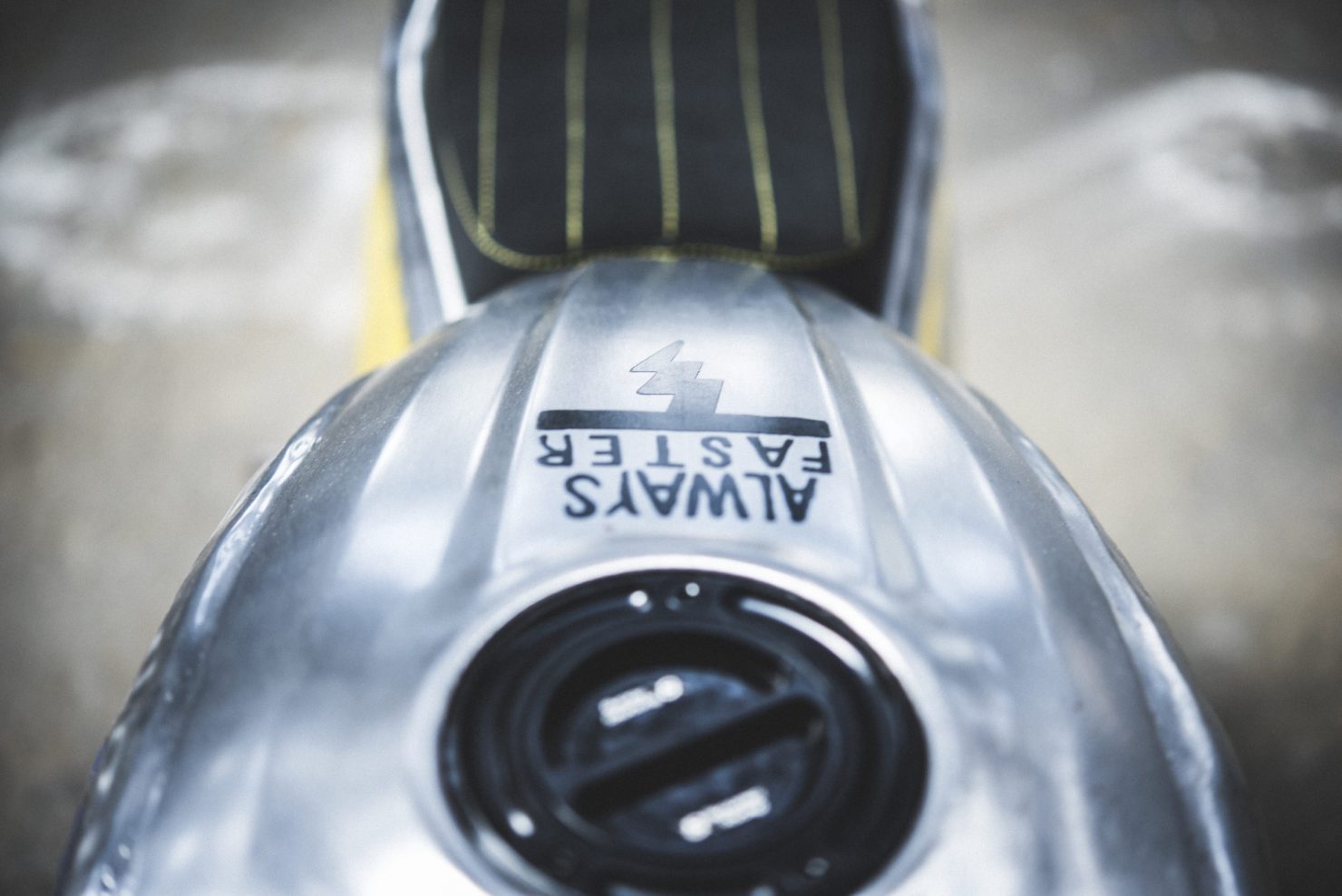 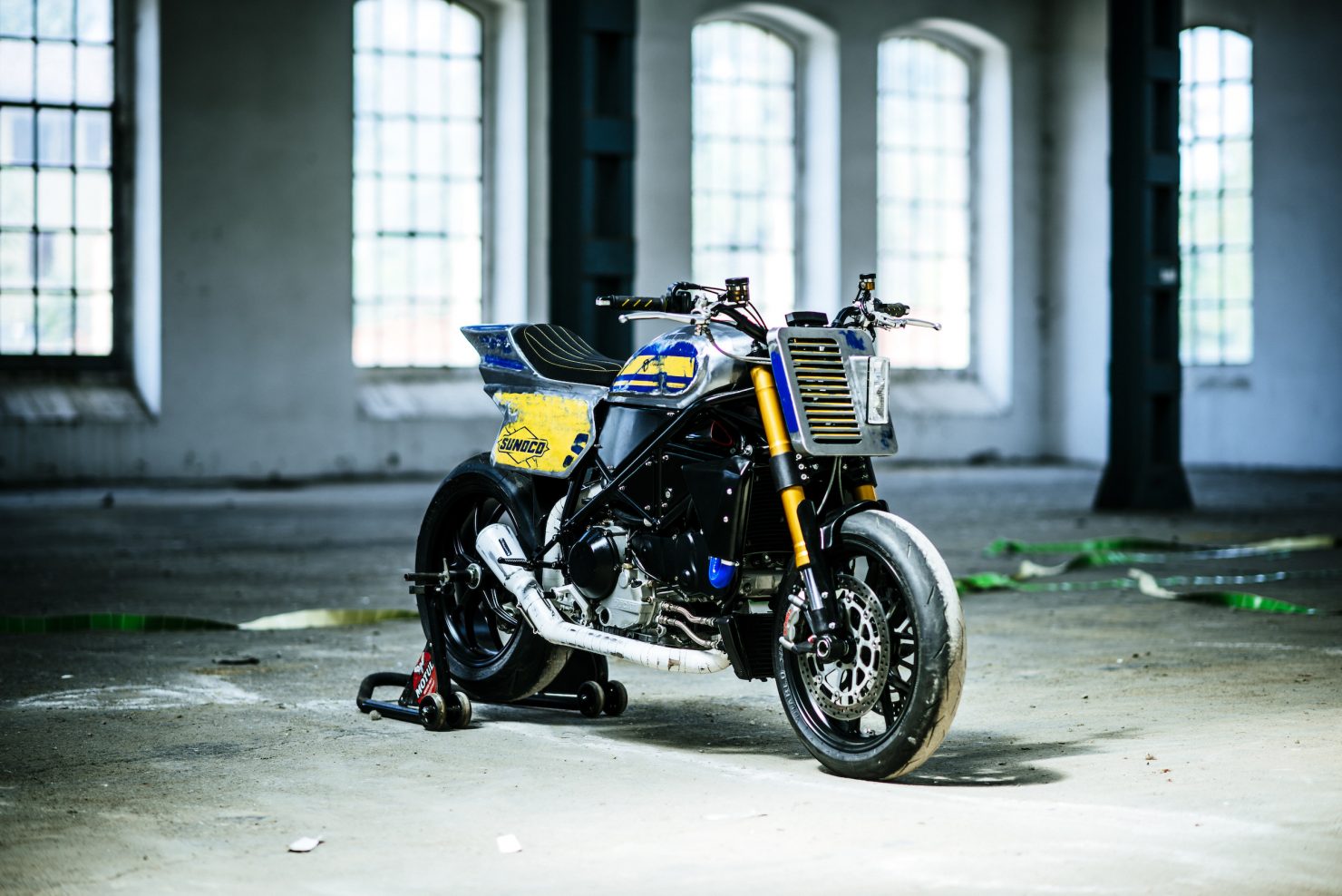 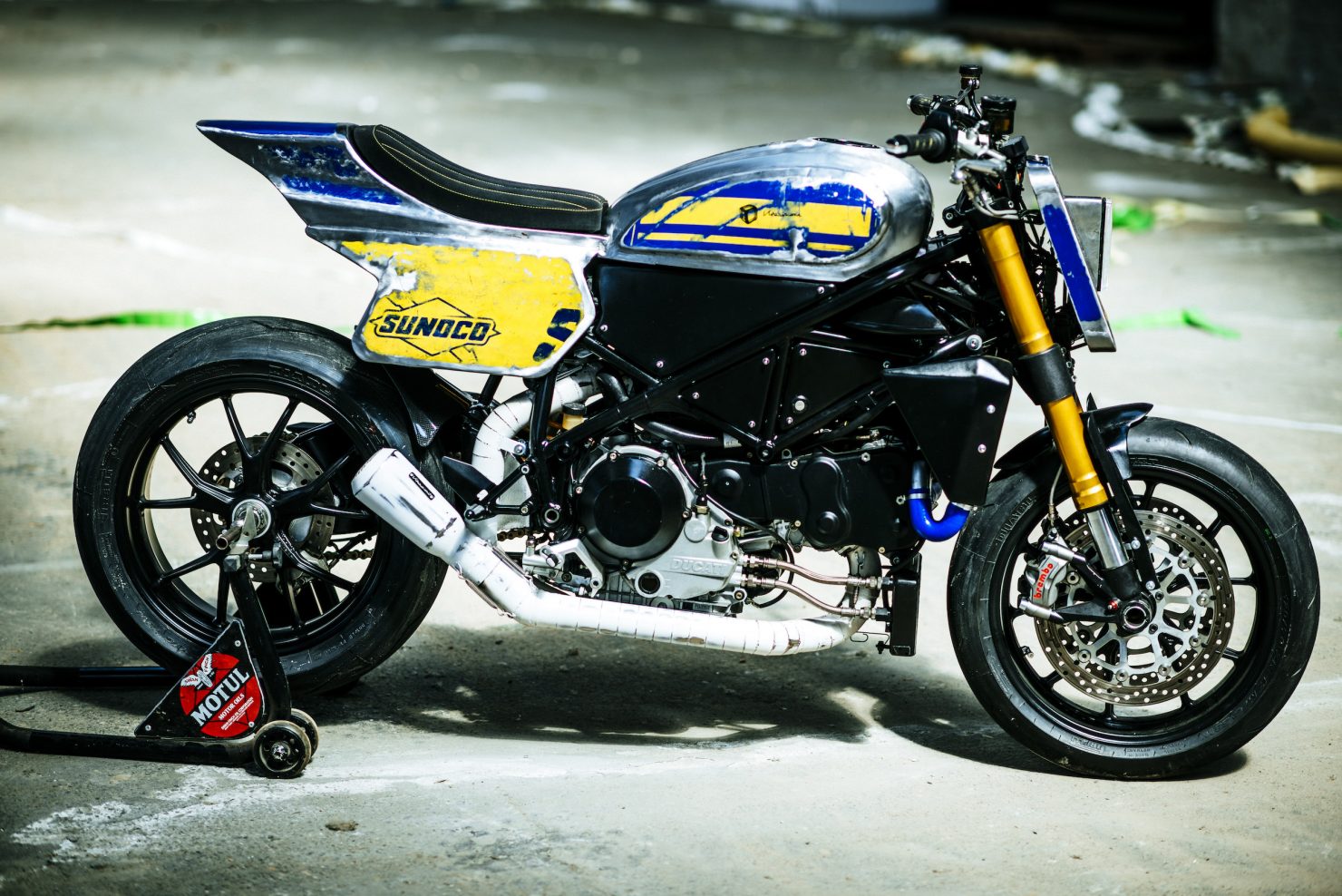 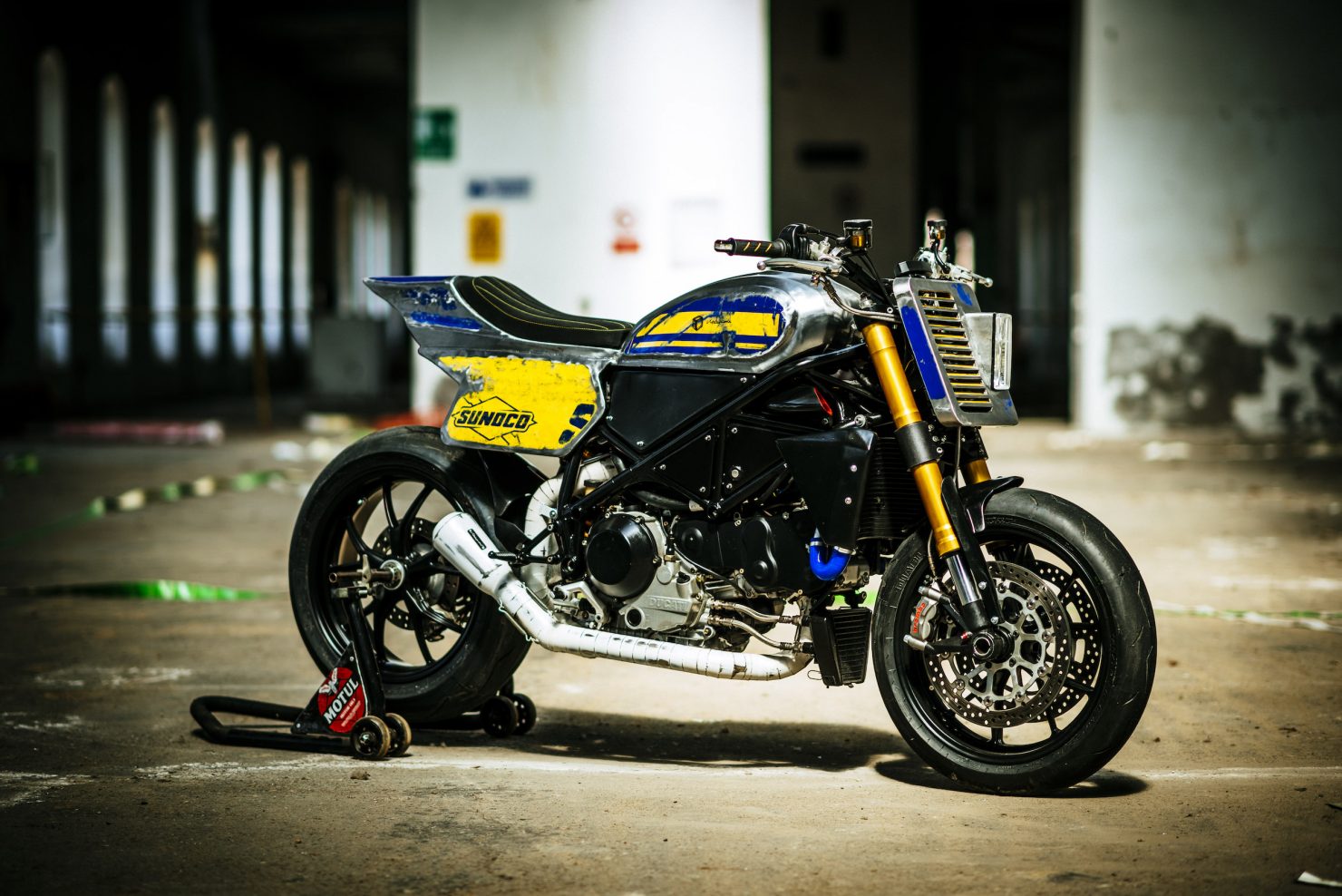 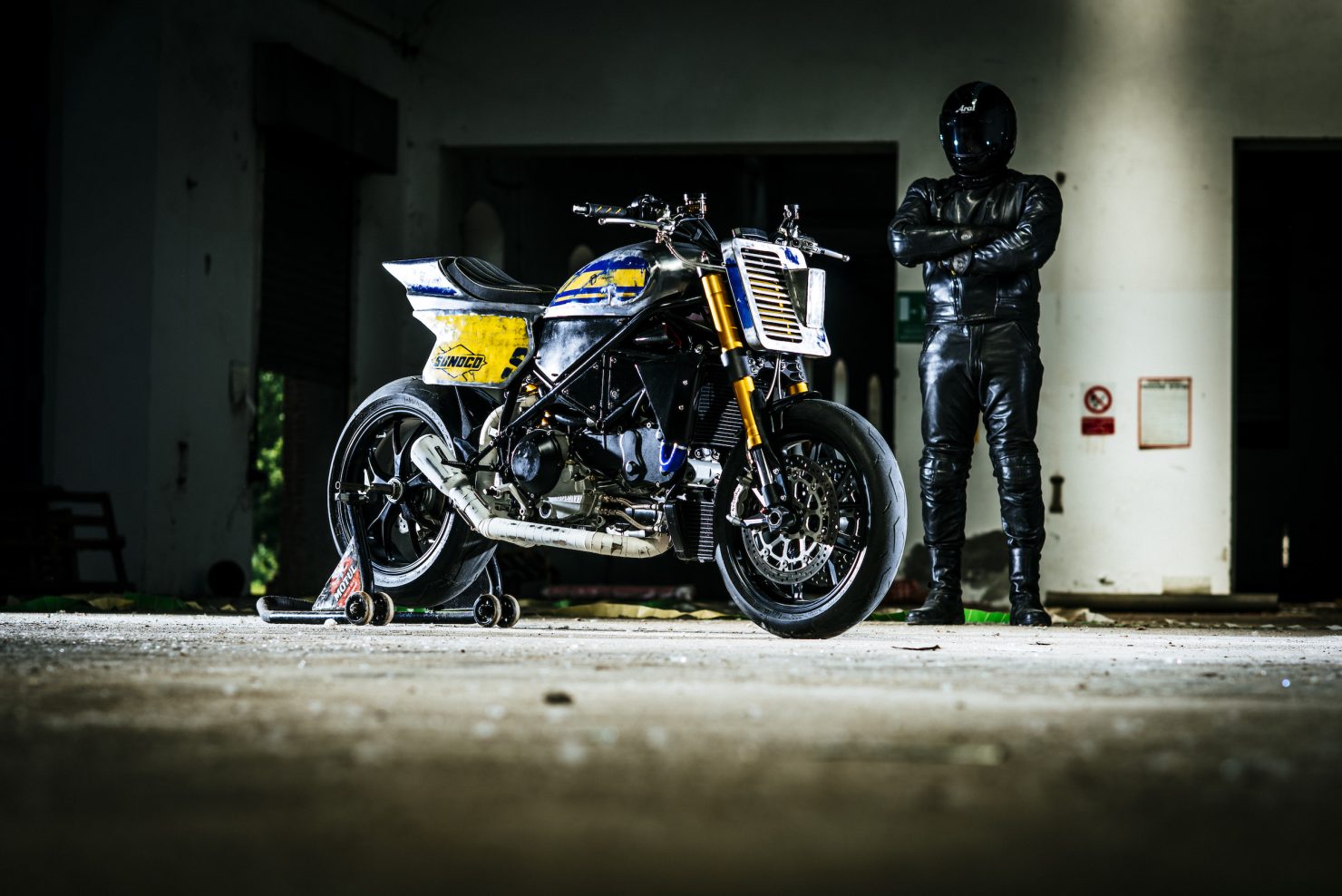 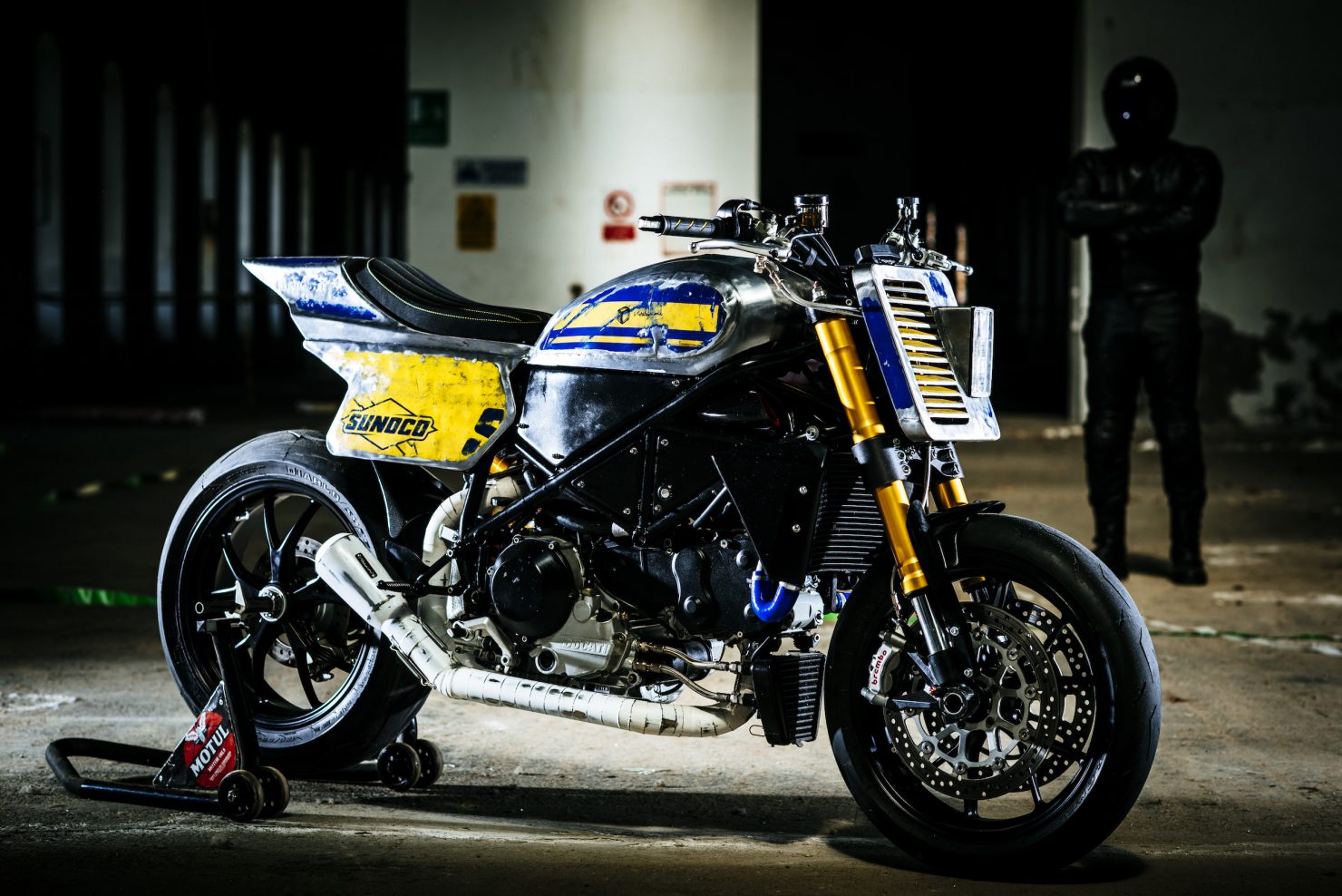 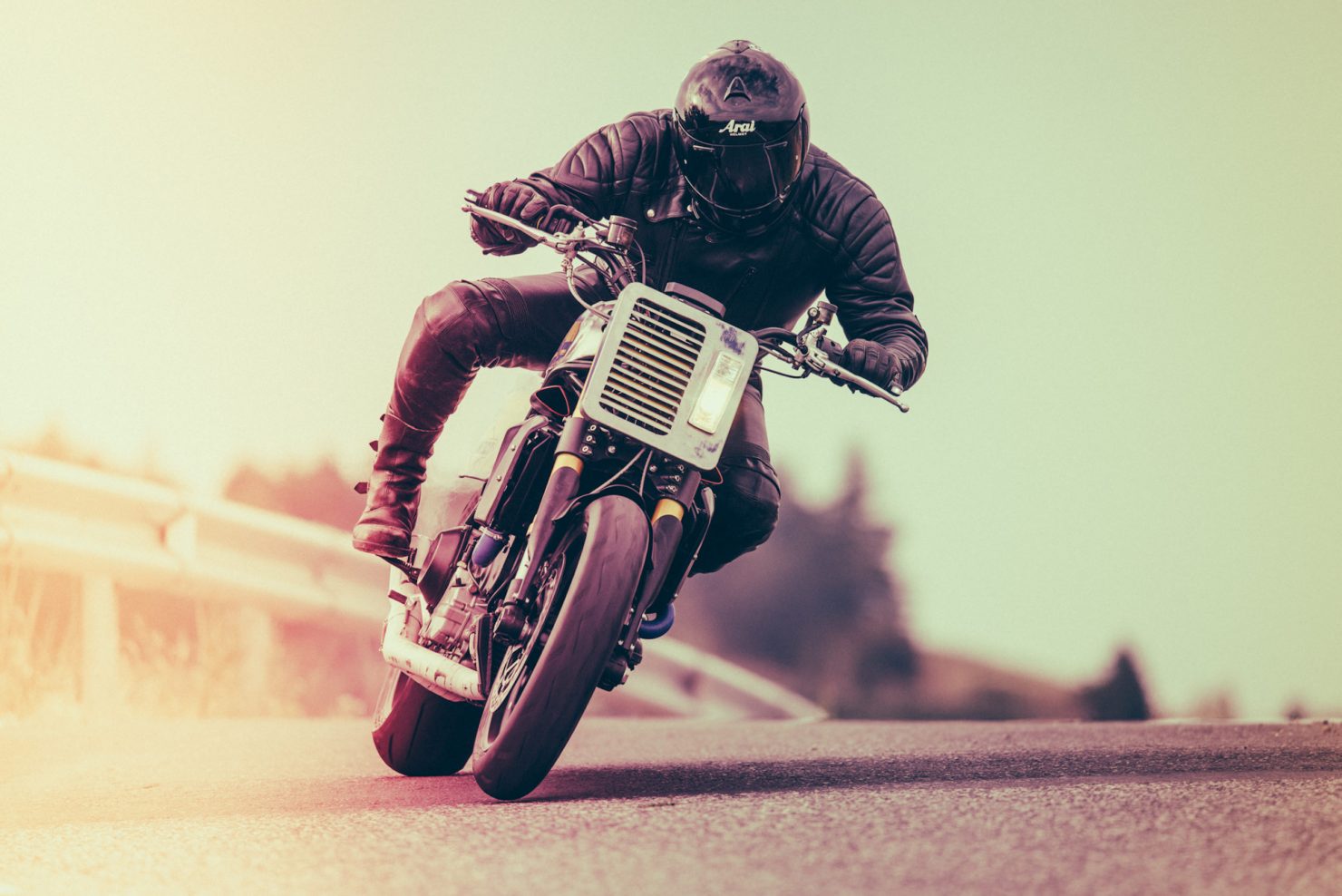 This post was written by Gareth Roberts of Revival Cycles. When possible we like to bring you the story of a custom motorcycle in the words of the people who built it, to cut out…