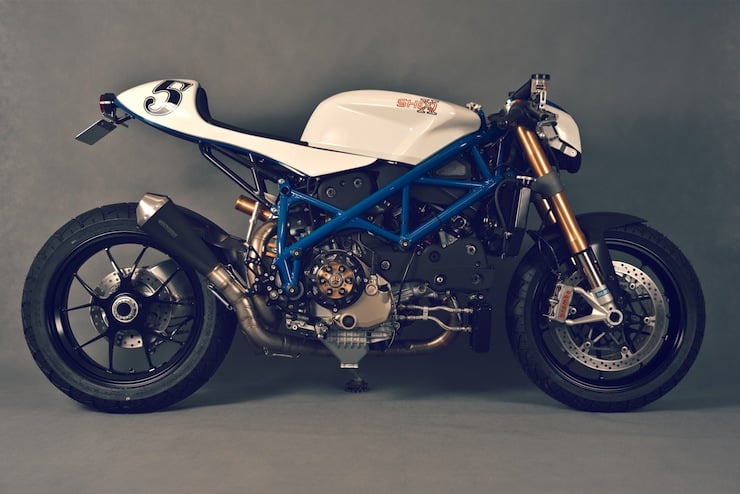 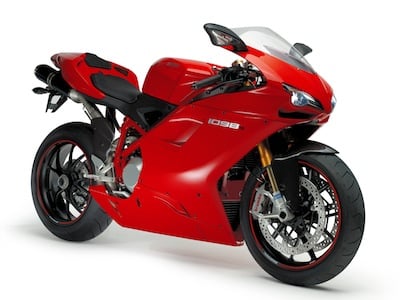 This Ducati 1098S custom by shedX represents an entirely new take on the 1098S – a bike hitherto considered to be a faired sportbike largely designed for the track. The owner of the original 1098S had contacted the talented team at Syndey’s shedX after seeing one of their previous creations – the Bastardo.

His original intention was to sell the Ducati (pictured left) and use the funds to purchase the Bastardo, however he quickly realised that the 1098 market in Australia was flooded with identical bikes and as a result, the resale value had taken a dive deep enough to raise the eyebrows of James Cameron.

A solution to this problem emerged after Neil from shedX took the Italian superbike for a spin and decided that he could actually make it far more ‘streetable’ if given carte blanche and a spanner. A trade-in deal was quickly arranged and Neil set to work.

The first job was the remove the fairing, seat, cowling and exhaust system. A new sub-frame was fabricated and a custom seat and rear cowling was then added – changing the look of the bike completely. The Ducati trellis frame was de-tabbed and freshly painted, a custom 2-into-1 exhaust was added with a GP muffler, new lights were bolted on and an Anti-Gravity 12-cell lithium-ion battery was added to reduce weight.

The total weight of the bike is now 160kgs (down from 173kgs stock), making the 160hp bike capable of beating a stock bike in all but top-speed runs. If you’d like to buy the bike, now dubbed “Malizia” you can visit the eBay listing here – or if you prefer, you can visit shedX here. 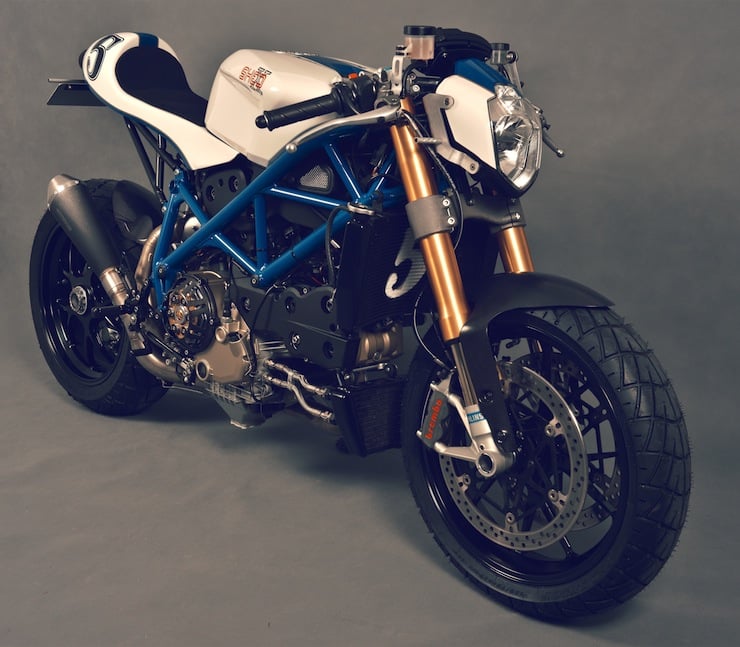 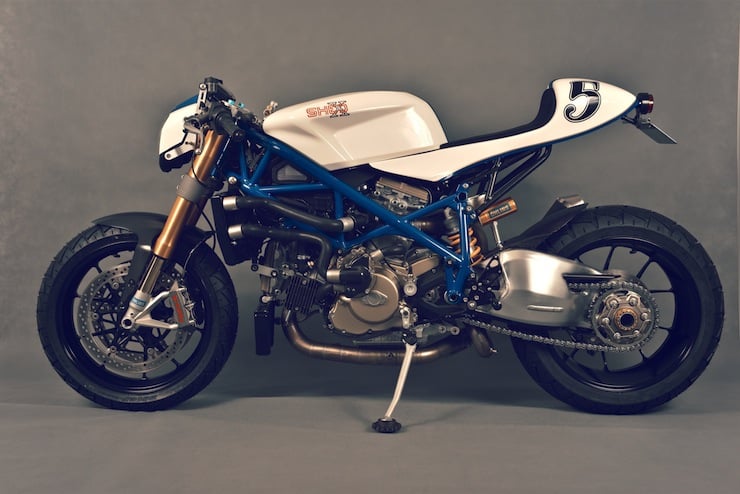 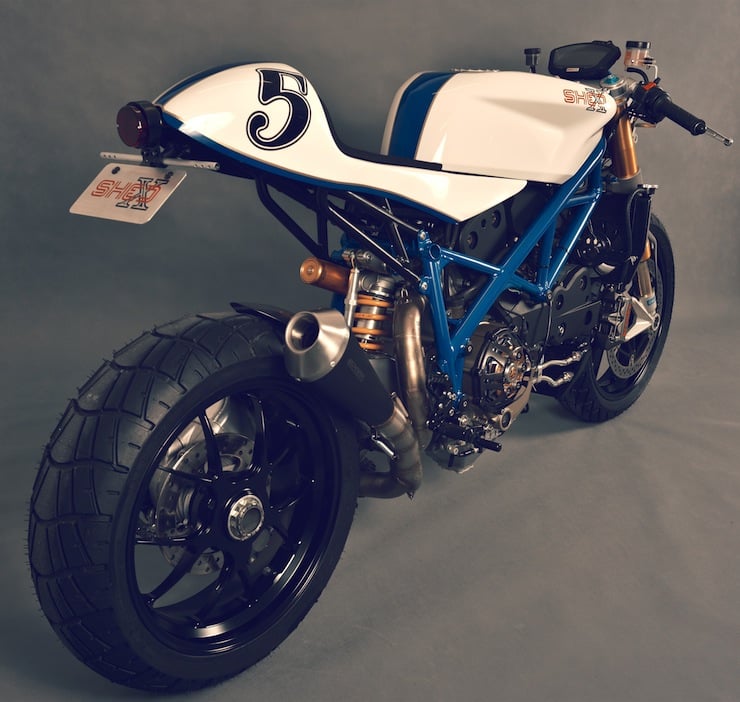 Additional information provided by Pipeburn and The Bike Shed. 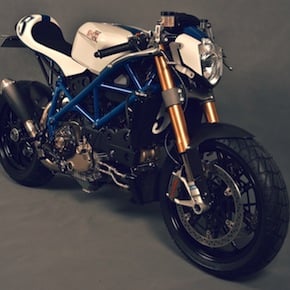