This is the Don’t Think Twice wool strapback cap by the team at The Ampal Creative, it was made as a tribute to a late-great-friend of theirs named Wills “Wiley” – an avid surfer who once famously rode a moped across the island of Lombok in Indonesia for 17 hours fuelled by little more than the locally brewed “Red Bull” energy drink, to get to the Desert Island reef break on the other side of the island where he’d heard the waves were pumping.

Since 2010 The Ampal Creative have made all of their hats in the USA from carefully sourced materials, the Don’t Think Twice wool strapback has a wool blend upper with a vintage style felt patch, a traditional unstructured crushable upper, a blanket stripe under-brim, and a front lining.

The patch features the world famous Wile E. Coyote riding the missile that Major “King” Kong rides out of the plane in the end of Kubrick’s Dr. Strangelove: or How I Learned to Stop Worrying and Love the Bomb. 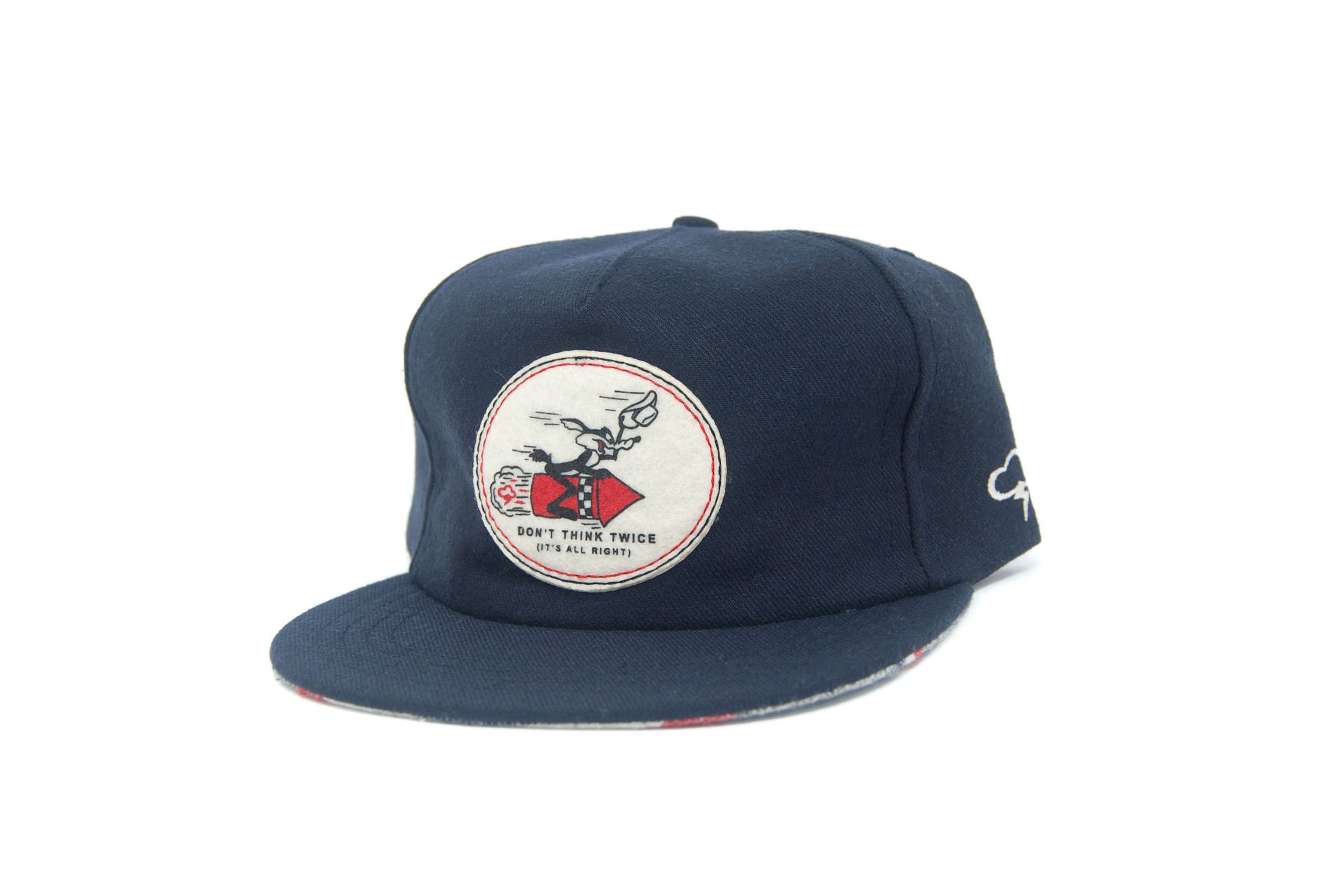