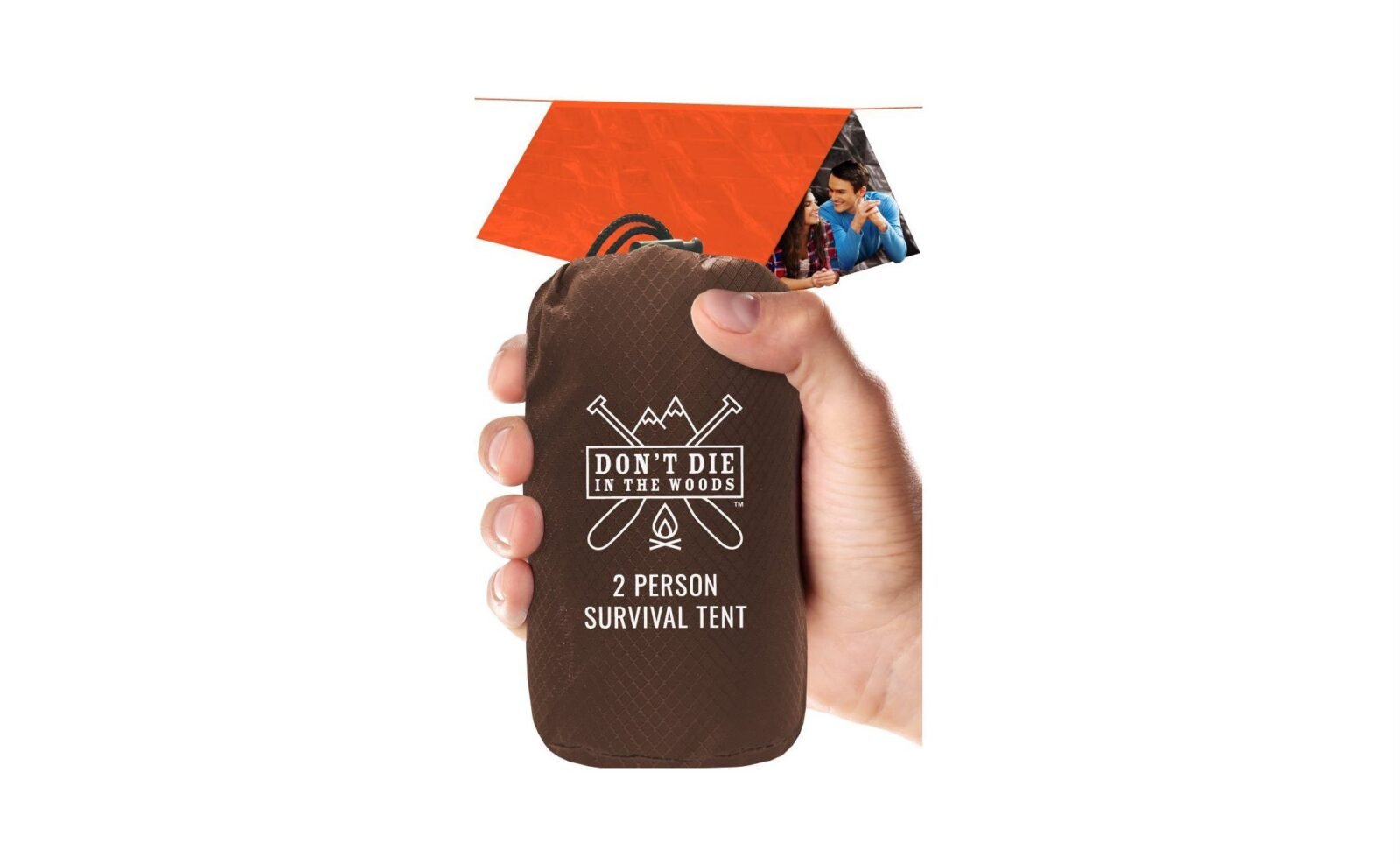 Don’t Die In The Woods claim that this is the “World’s Toughest Ultralight Survival Tent”, and as far as we can tell, they’re right.

Each tent is made from NASA-developed extra-thick HeatFlex™ mylar, with a bright orange outer section to help attract rescue crews, and the silver heat-reflecting side facing inwards. Mylar reflects as much as 90% of body heat back into the tent – allowing you to survive and stay warm in conditions that would otherwise be hazardous.

When rolled up, the tent is roughly the same size as a soda can (but far lighter). It comes with a small carry bag that also contains paracord for erecting the tent between two trees, or two other fixed objects.

The team at Don’t Die In The Woods developed the survival tent to be 8 feet long to provide ample room, but also so that you can use the supplied 425 lb paracord to tie one end closed if required, so the tent can be used as a two-person sleeping bag.

With an MSRP of $20.95, the tent isn’t meant to replace your regular camping gear, but rather to be tossed into your backpack, glove compartment, or pannier along with a survival grenade when you’re heading out off the beaten track. 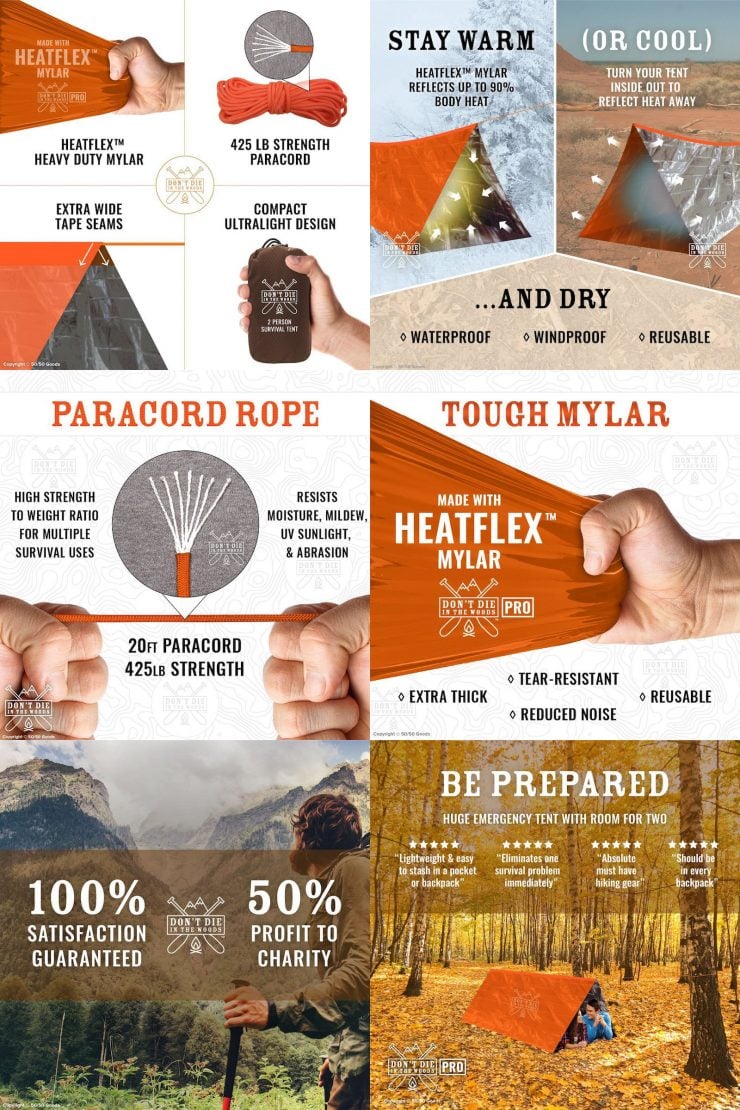 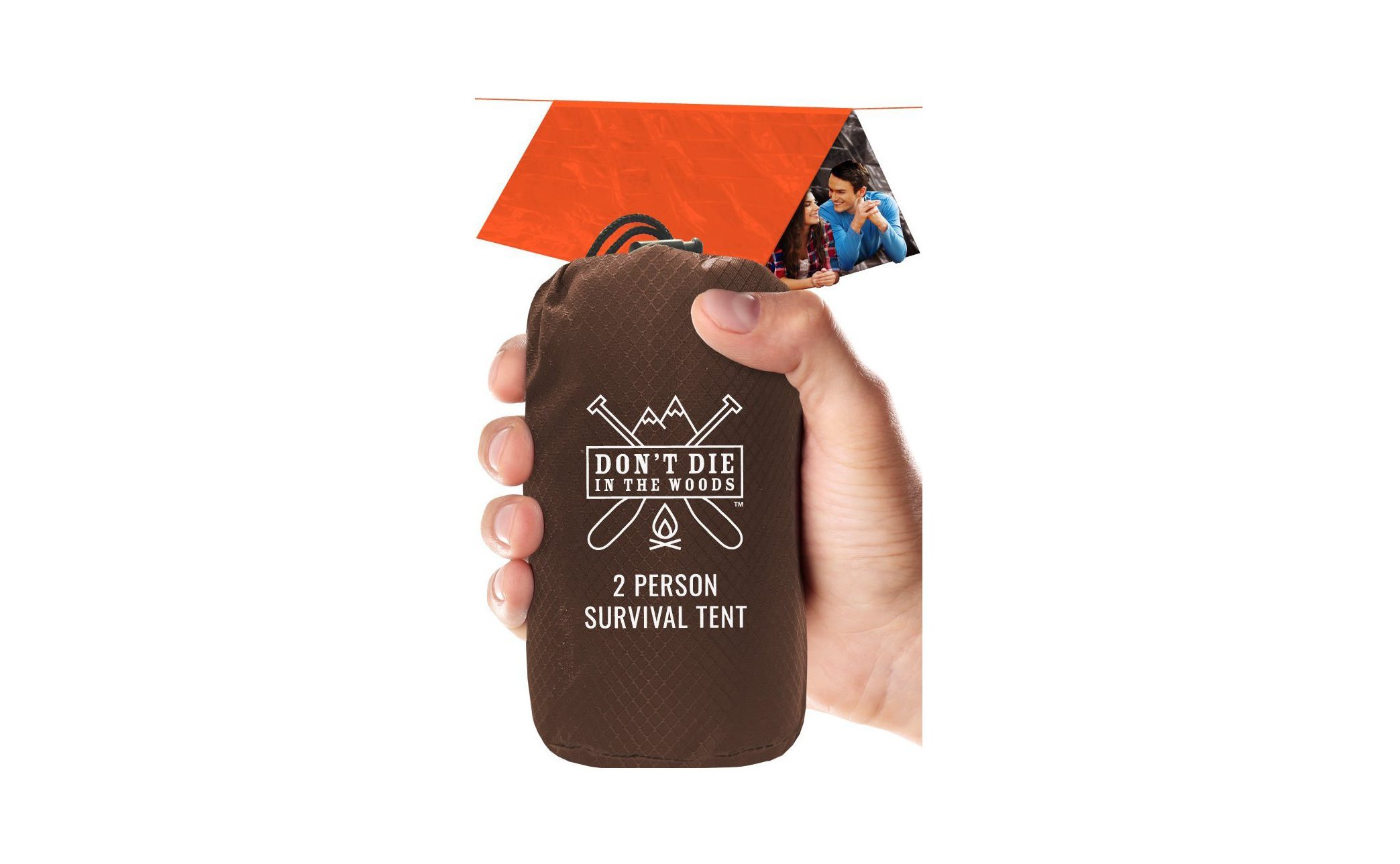