Editor’s Note: The original film we posted here has been removed from YouTube, we’ve replaced it with this collection of highlights from his racing career.

This is vintage tour film by one of the world’s most important drag racers – Don Garlits. In this film he gives a private tour of his own museum, giving unique insight into each of the cars and the history behind them.

Even for people who may not be particularly interested in this form of racing, this film hosted one of the sport’s all time greats is well worth a watch, and it’ll leave you wondering how he’s still alive.

Don’s life reads like a Hollywood film, he’s known today as “Big Daddy” as he’s widely considered to be the godfather of drag racing. He was a major early figure in the sport and importantly he perfected the rear-engined Top Fuel dragster.

This innovation was critical as Top Fuel dragsters put the engine, fuel tank, and other dangerous parts behind the driver. This made the cars considerably safer, as before this exploding gearboxes or engines could cause severe injury to drivers, not to mention the danger of oil or fuel fires burning the drivers. 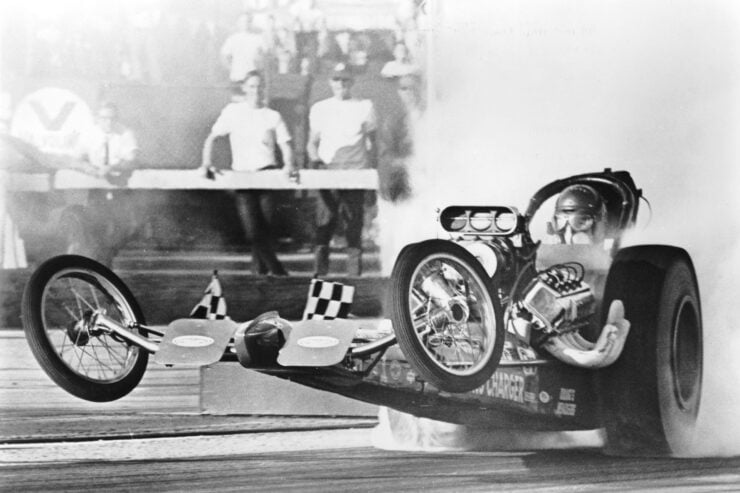 Garlits had been burned badly more than once, nearly dying on more than one occasion, as a result of this he became a major advocate of the fire-resistant Nomex driving suit, including fire-proof socks, gloves, and balaclava.

The use of this Nomex gear has saved countless drag racers from death and third degree burns over the years. 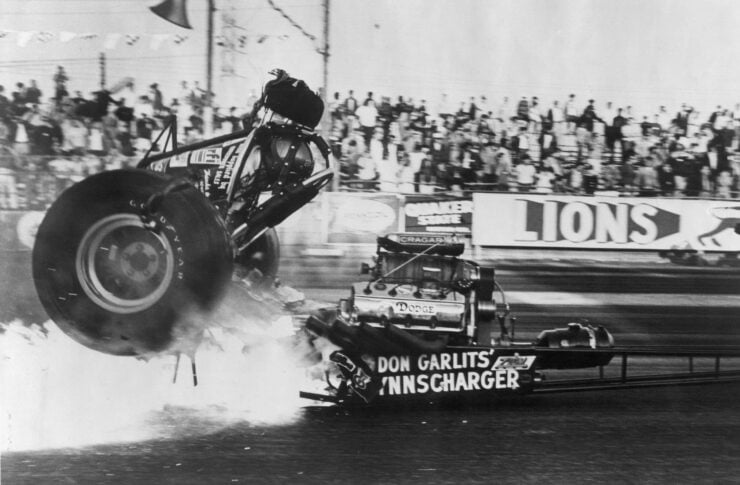