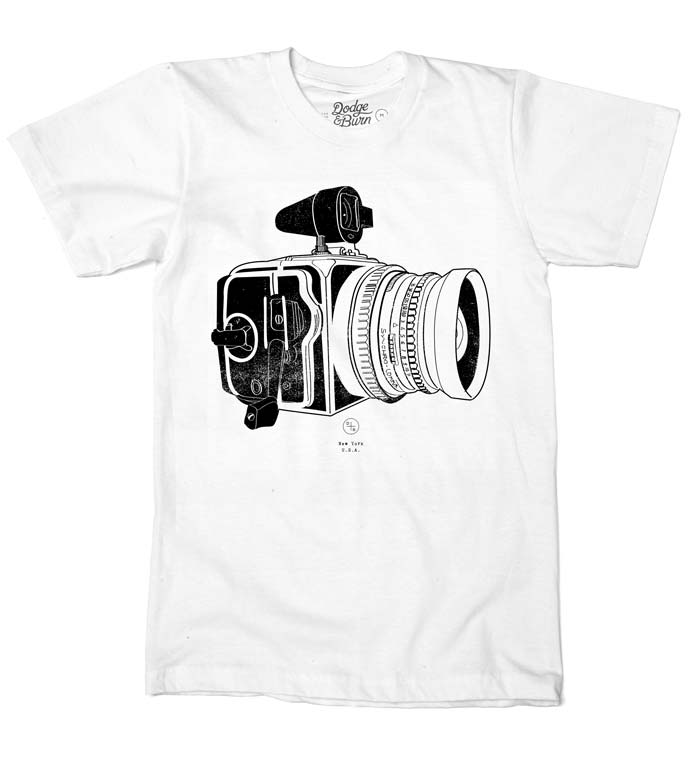 This tee, dubbed “The Swede”, is the newest design off the press at Dodge & Burn. It features a Hasselblad SWC camera fitted with a super-wide 38mm Zeiss Biogon lens and it’s printed on premium white 100% fine jersey ring-spun cotton.

If you’re a photography geek these designs by D&B make great additions to the wardrobe, each one is made by hand in NYC and wearing them is a great way to meet likeminded shutter-fiends.