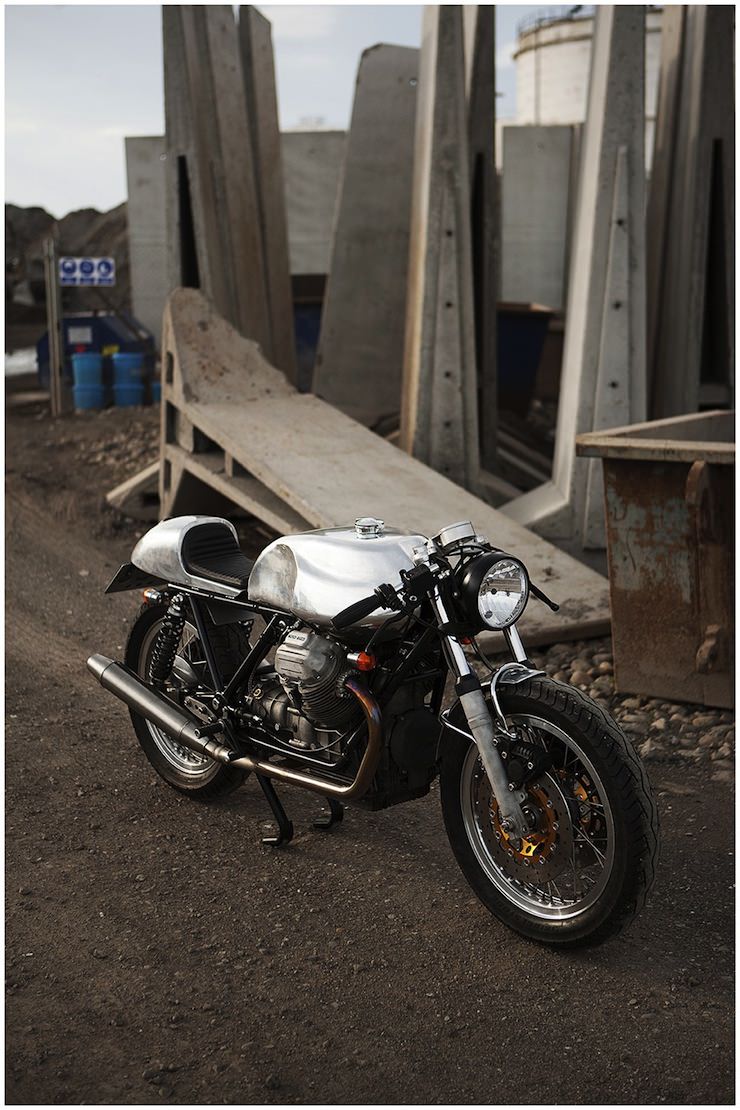 The Moto Guzzi 850 T3 is one of my personal favourite bikes from the long running Italian motorcycle manufacturer, the “850” is the engine capacity with the “T” designation standing for “Turismo” and the “3” referencing the triple disc braking system.

That triple disc braking system was to be a little controversial when the bike was first released, it had a linked front and rear brake so that when the rider applied the rear brake foot pedal the right front disc would also engage, albeit lightly. Some liked the new system and some preferred to have full manual control, it wasn’t controversial enough to have any significant effect on sales and the model saw significant sales success in Europe and the USA. 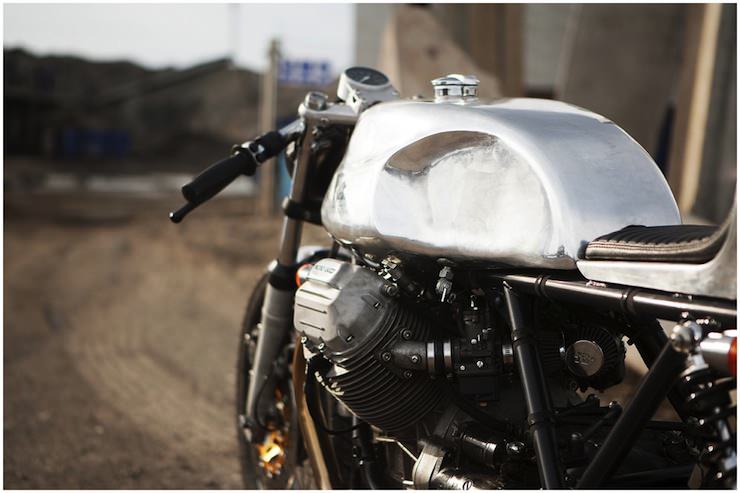 The 850 T3 you see here was reworked by the team at Wrenchmonkees in Copenhagen, but if you’re familiar with their previous customs you could probably have guessed it was their work by glancing at the images. The finished bike has that clean, urban feel of many of their builds – it also has that characteristic attention to detail that leaves you noticing clever little design touches as you go over the images.

The Wrenchmonkees removed the original, aged brake callipers and replaced them with new Brembo units, they lowered the front forks and rebuilt the engine before adding Dell´orto carburettors and K&N air filters. That eye-catching fuel tank and seat cowl are both polished aluminium, the seat is an in-house custom unit and the custom battery box was dropped under the swing arm to open up the centre of the bike.

As is usually the case with Moto Guzzi customs, I am afflicted with a serious case of the wants-but-can’t-haves. If you’d like to see more from Copenhagen you can click the link here to check out the other Wrenchmonkee bikes as well as their new apparel line.

Additional information provided by the talented team at Hemmings. 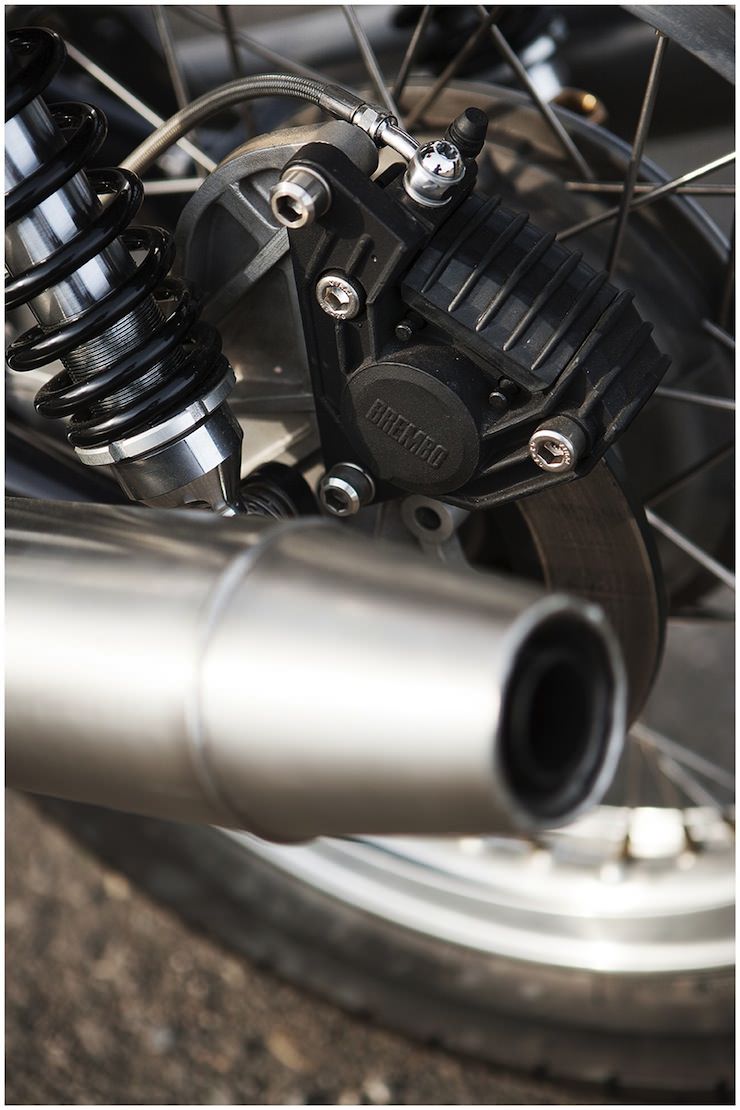 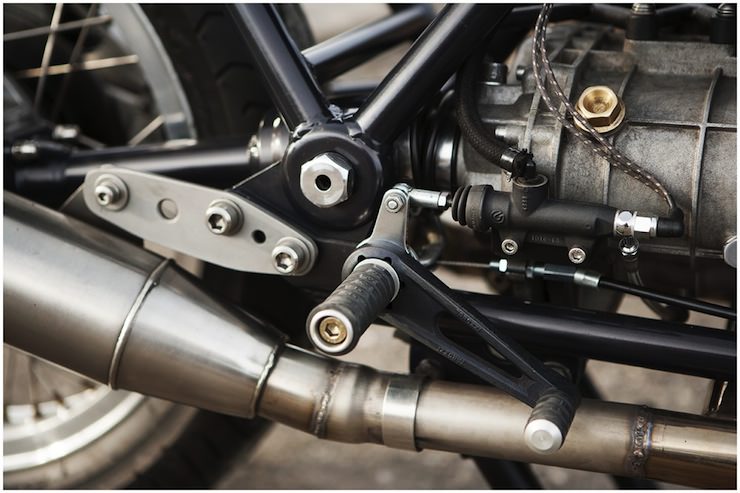 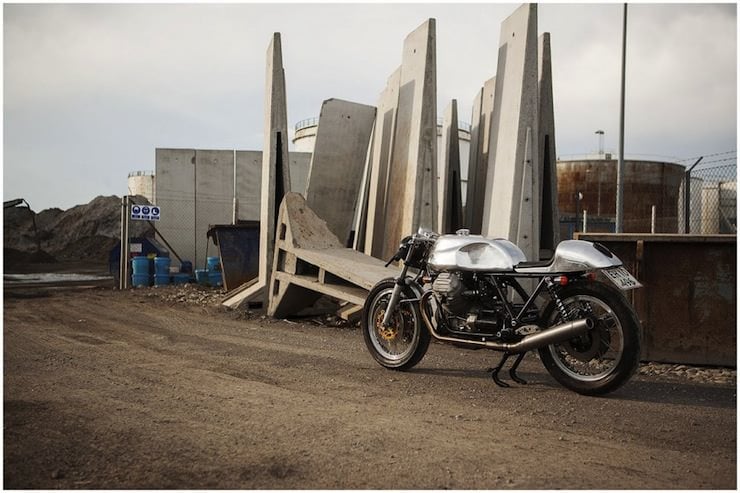 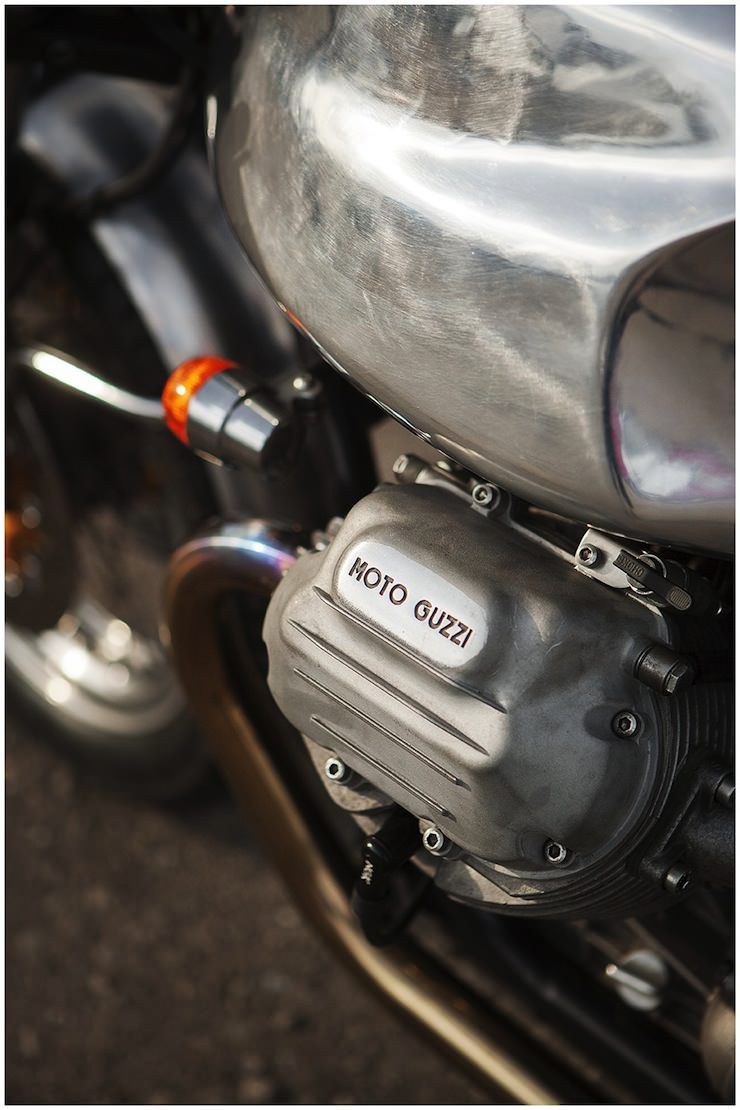 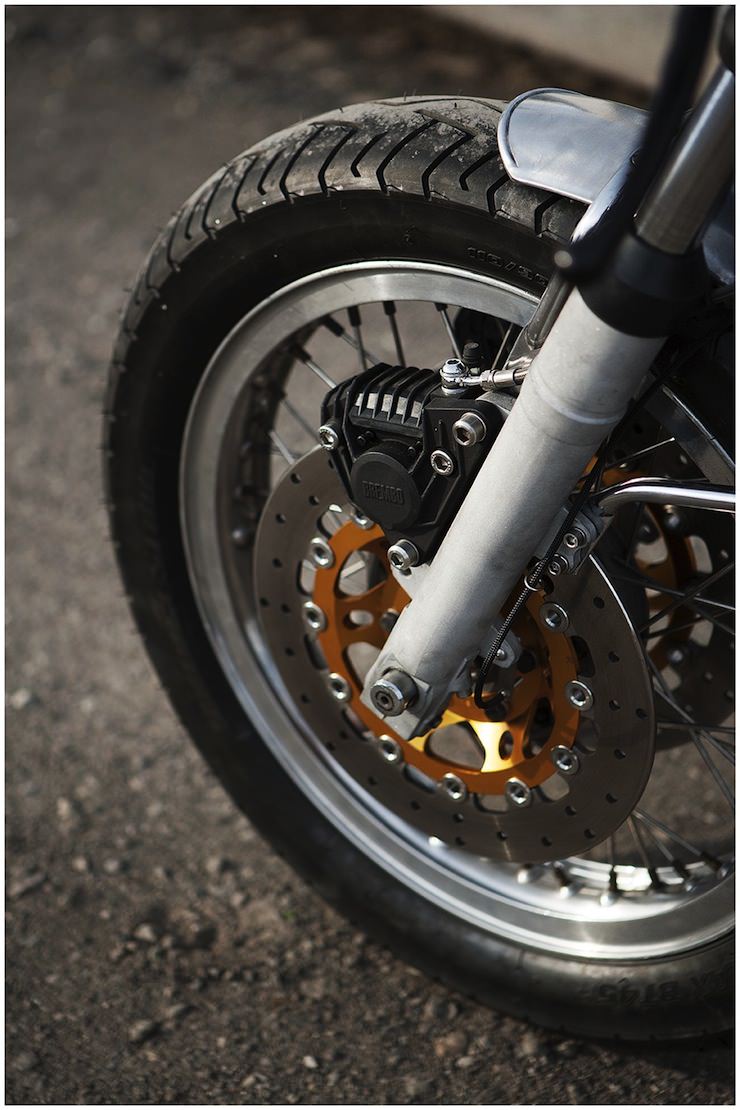 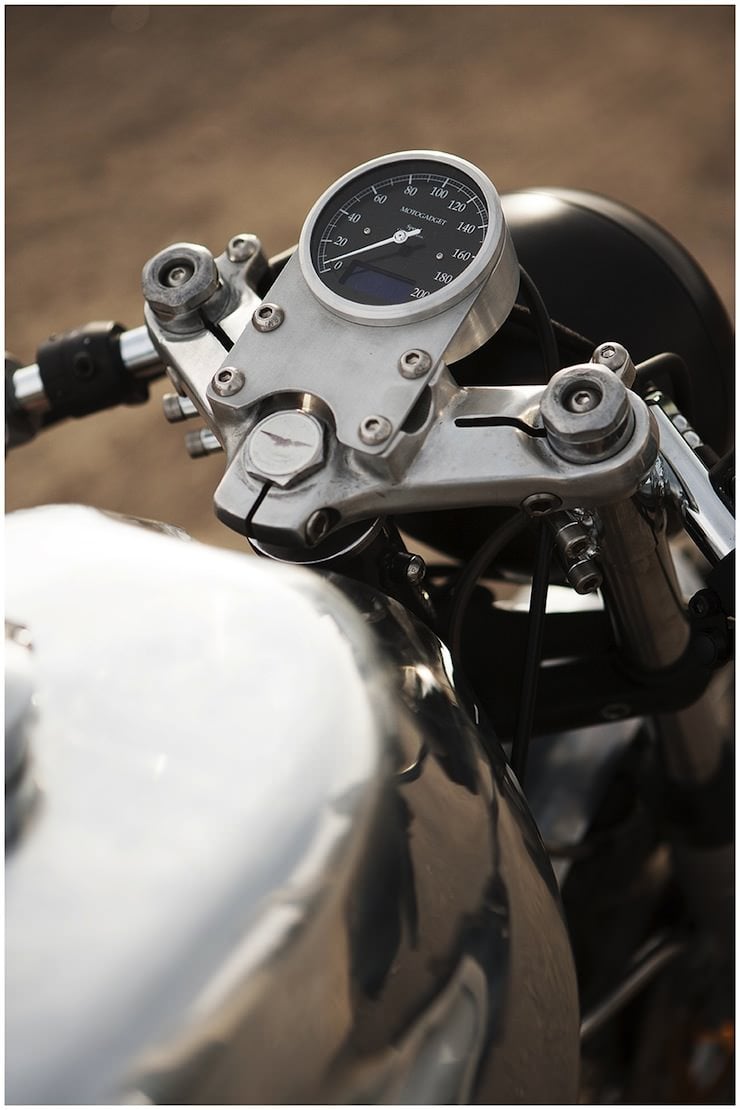 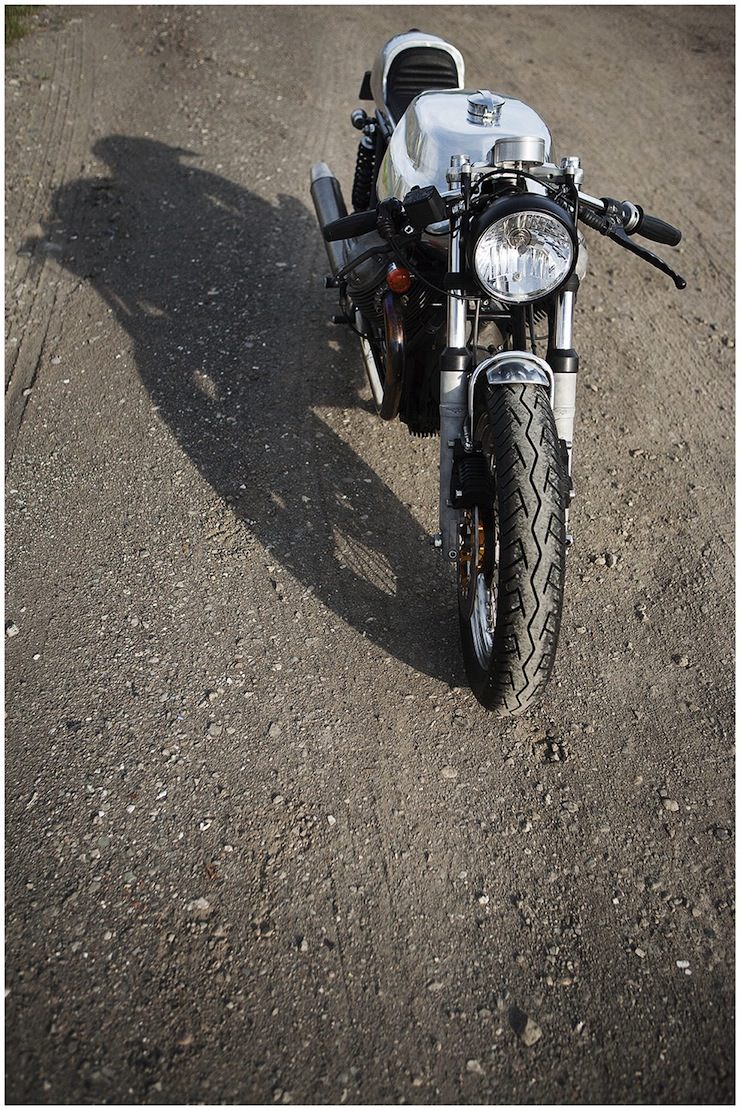 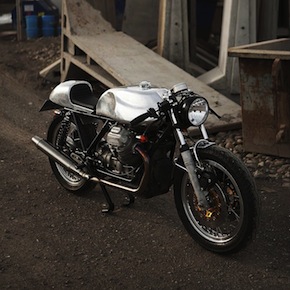