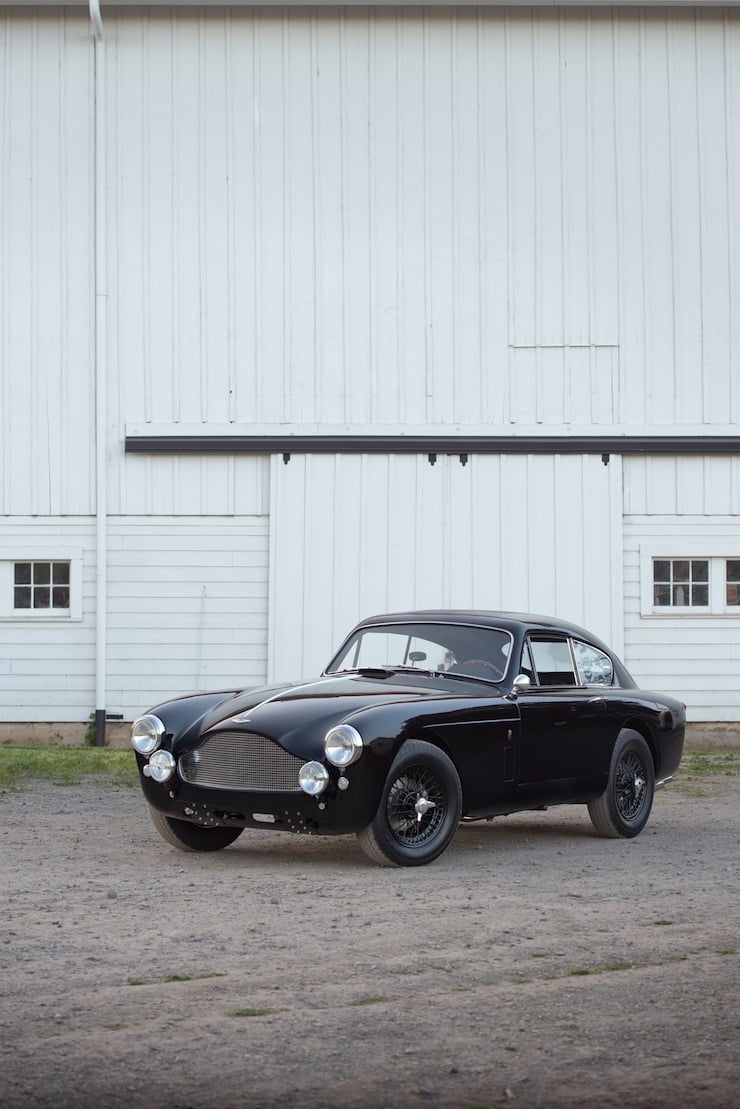 This recently restored 1958 Aston Martin DB2/4 Mk III is one of our top choices from the upcoming Monterey Auction due to take place on the 16th to the 17th of August 2013. It’s an original left hand drive, California registered car and its black on black paint work is something that would have sounded horrible if you described it to me but actually looks stunning when you see it.

This model was the first of the Astons to feature the now trademarked grill design, this shape was also reflected in the driver’s side dashboard to provide sun-shade for the instruments. The car you see here originally started life in New York after being sold by well-known importer J.S. Inskip on October 6, 1958, to James Gillespie Dale, in Rochester. Fortunately it soon made its way to the much sunnier and dryer climate of California, where it was picked up for restoration quite recently.

The engine restoration was completed by Aston Martin specialist Kevin Kay, the car then passed into the capable hands of Aston Martin expert David Adams, of Lake Oswego Restorations in Portland for the completion of the body and chassis. 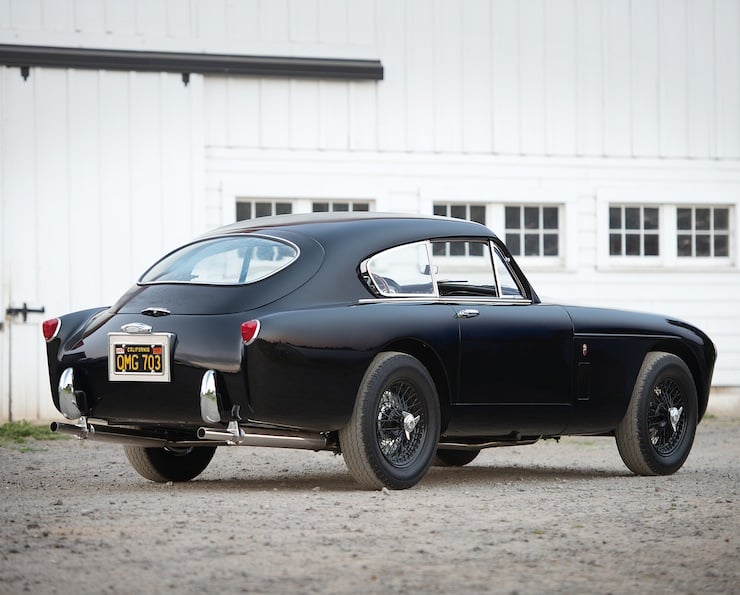 The disc brakes on the front end were replaced with far more useful DB6 units and although the original transmission is included with the sale the car is currently fitted with a lovely Tremec five-speed gearbox designed for enthusiastic driving. The engine has seen a full rebuild so the track-ability of this car should be in no doubt, this is the same basic model that took 1st and 2nd place at Le Mans in 1950.

That overhauled engine produces 178hp from its 2922cc capacity, it’s topped with a DOHC and has six-cylinders in a straight line with twin SU carburettors. It’s riding on torsion bar independent front suspension with coil springs and has a live rear axle with coil springs and radius rods, meaning it should go round corners better than almost anything from the same decade.

If you’d like to park this in the garage next to your Bugatti and just in front of your original Maybach you can click here to visit RM Auctions and read the full listing. 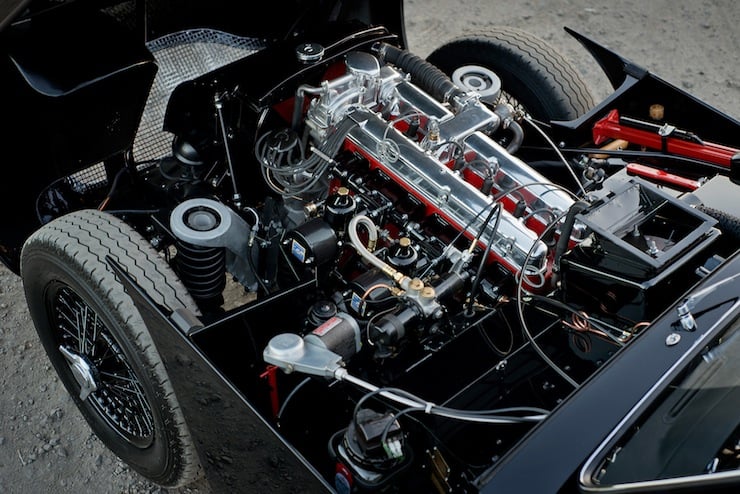 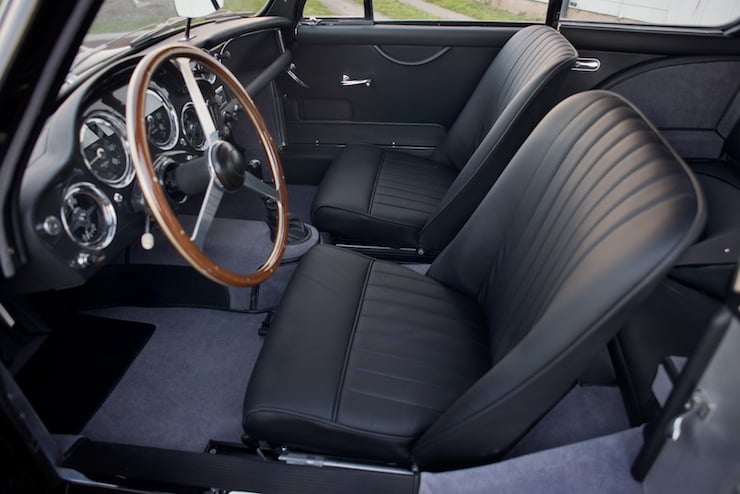 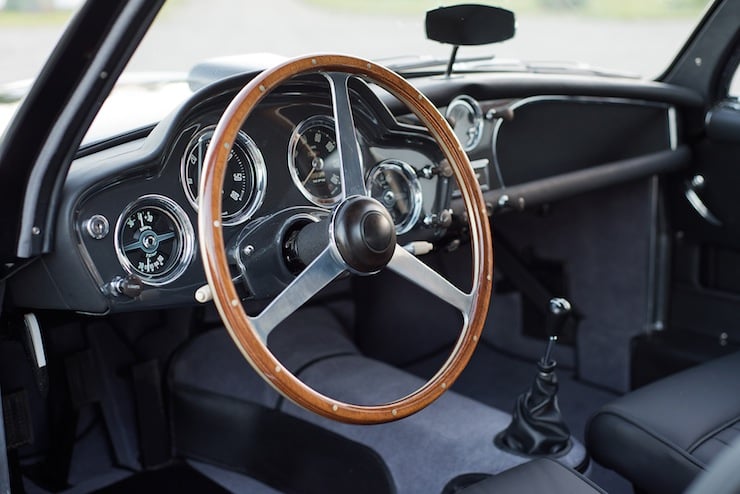 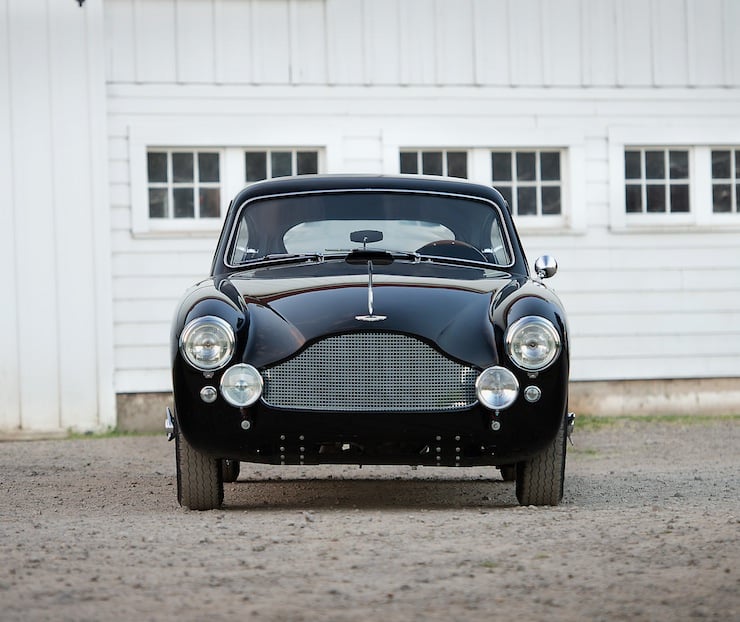 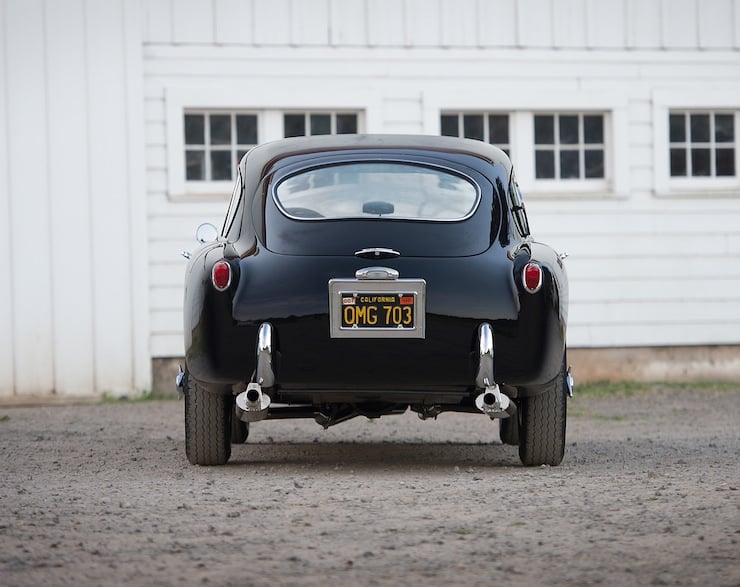 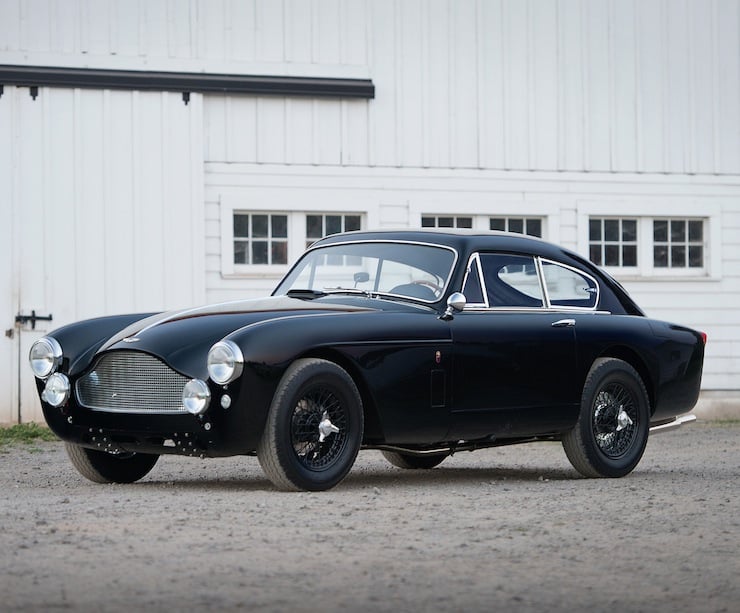 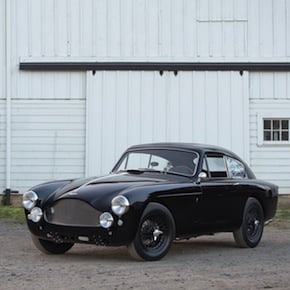