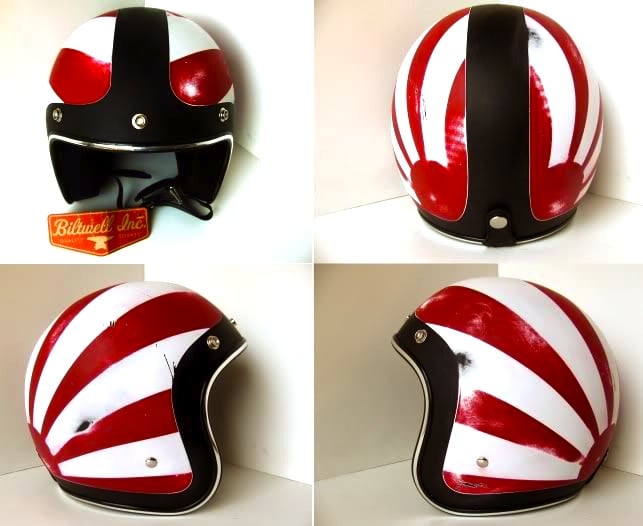 I love Biltwell helmets, I have one and wear it daily, I also swear by them to any who ask. The only way to make it better would be a custom distressed paint job by Old School Helmets, this two man operation designs and paints all their helmets by hand and surprisingly, they don’t charge an arm and leg for the privilege.

The non-DOT helmets start at $199 and the DOT lids start at $229 and those prices include USA shipping. Check them out over here.