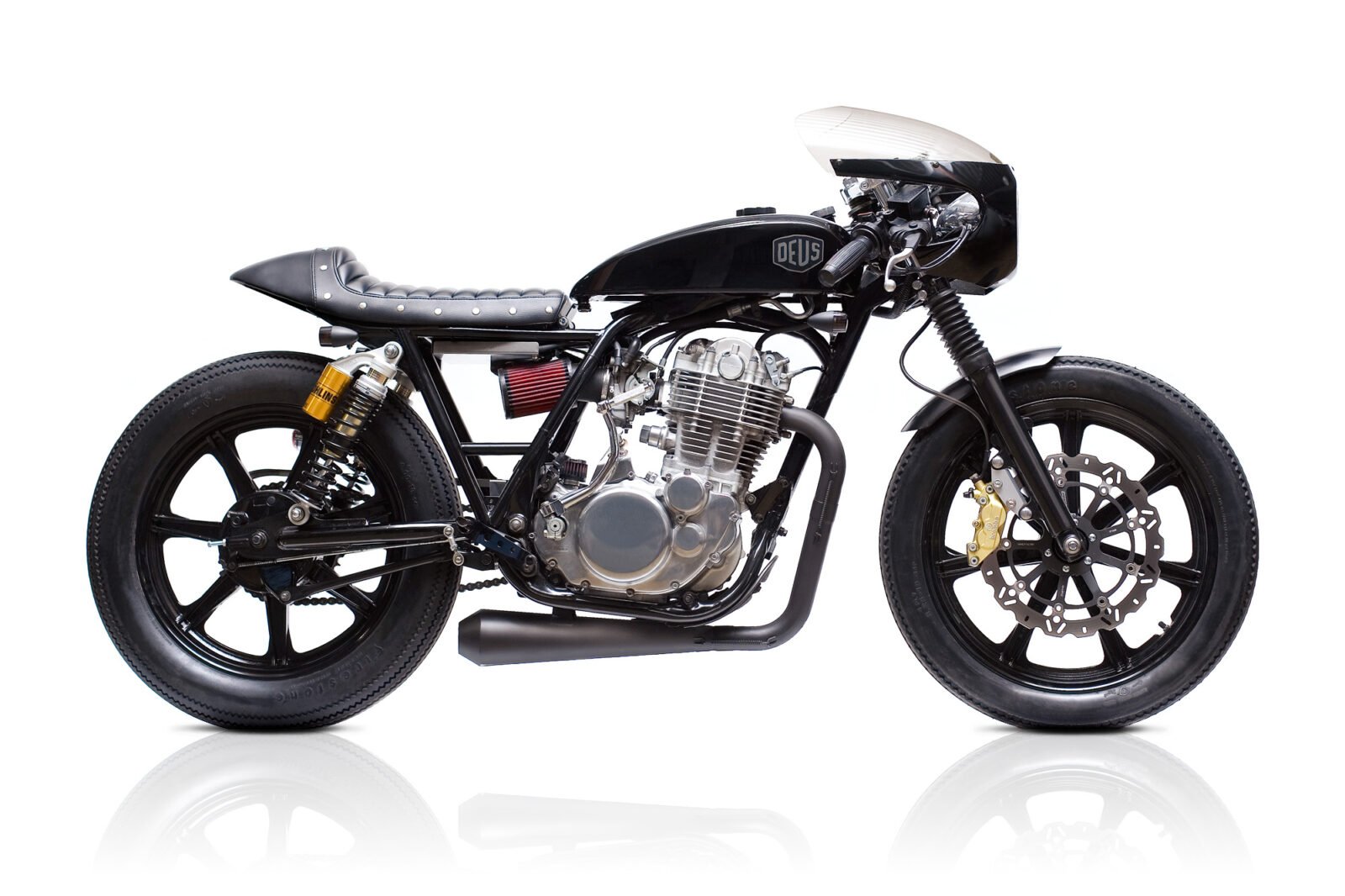 The Deus Grievous Angel is a Deus Ex Machine-built Yamaha SR400 that’s had a significant influence on the custom scene both in its native Australia and further afield in the USA and Europe.

It was built by Deus in Sydney in 2010, after which it was placed on display in the Powerhouse Museum for a time, it eventually made its way to Britain where it was bought at auction by James May of The Grand Tour (formerly of Top gear fame). May had the Angel on display in his home for a few years before selling it on to fellow collector (and fellow Brit) Joel Roach in London.

The original Yamaha SR400 was a direct replacement for the earlier SR500, which was a street bike that used the engine from the Yamaha XT500 – a motorcycle which won both the Paris-Abidjan-Nice Rally and the iconic Paris-Dakar Rally.

As a motorcycle engine, the single-cylinder unit from the XT and SR series Yamaha bikes is about as bulletproof as a motor can get. It has a SOHC, a single inlet valve, a single exhaust valve, a single carburettor, it’s air-cooled, and it has a tough 5-speed transmission.

The rebuild process began at the Deus Ex Machina headquarters in Camperdown, Sydney. The original lights, fuel tank, seat, fenders, and rear suspension were removed and a series of new parts were prepared for installation.

A new alloy bullet fairing was bolted into place in front of a new tracker-style fuel tank, clip-ons were added, a Nitroheads ducktail solo seat was chosen to complete the look, and all new indicators were added with a new brake light and head light.

A new underslung stubbie exhaust pipe was added, and in-keeping with the new black-theme the stock factory mag wheels were powdercoated in black gloss. To improve intake flow a new K&N pod filter kit and CV carburettor were installed with gold brake callipers, braided brake lines and a set of Avon Speedster tires.

The Grievous Angel is now back on the market for the first time in years, due to its celebrity ownership history and fame as an iconic custom it does cost a little more than  your average SR400, if you’re interested you can click here to visit The Bike Shed.

Editors Note: Brakes and suspension have been modified during the life of the Grievous Angel, as you can see in the images used here. It’s currently wearing the more modern brake rotor and Brembo caliper set up with adjustable Öhlins springs on the back. 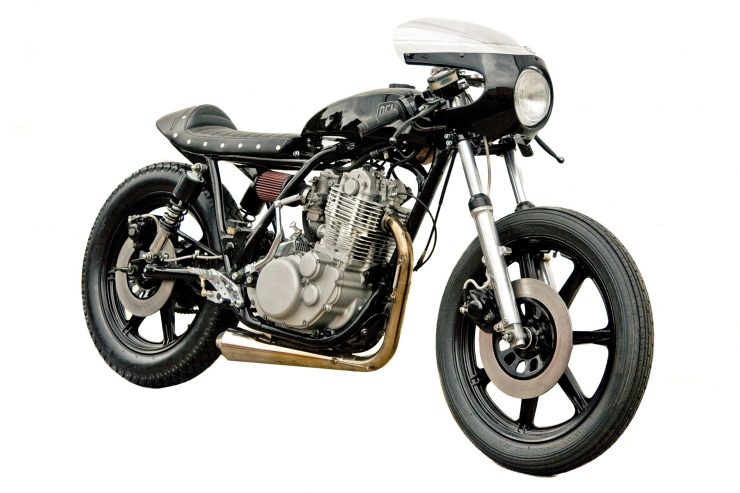 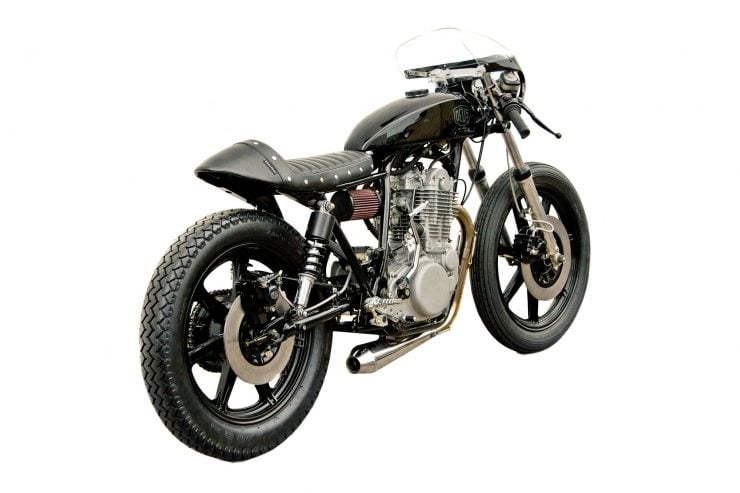 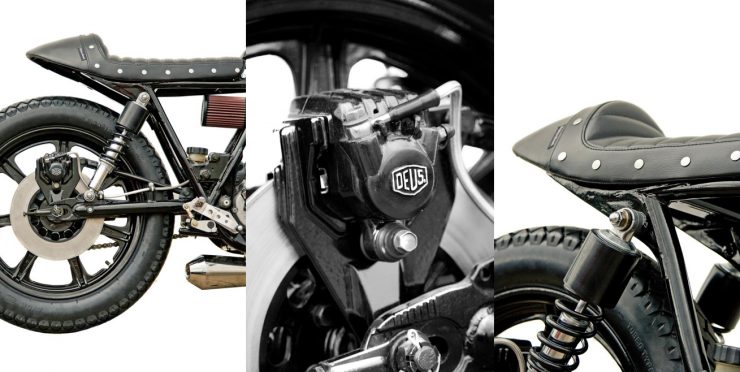 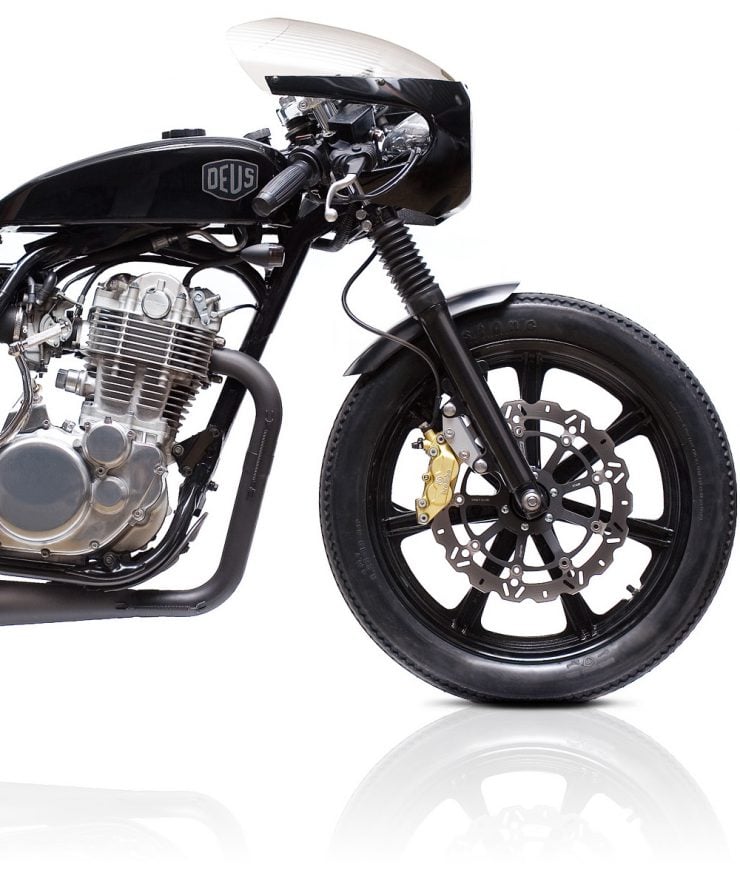 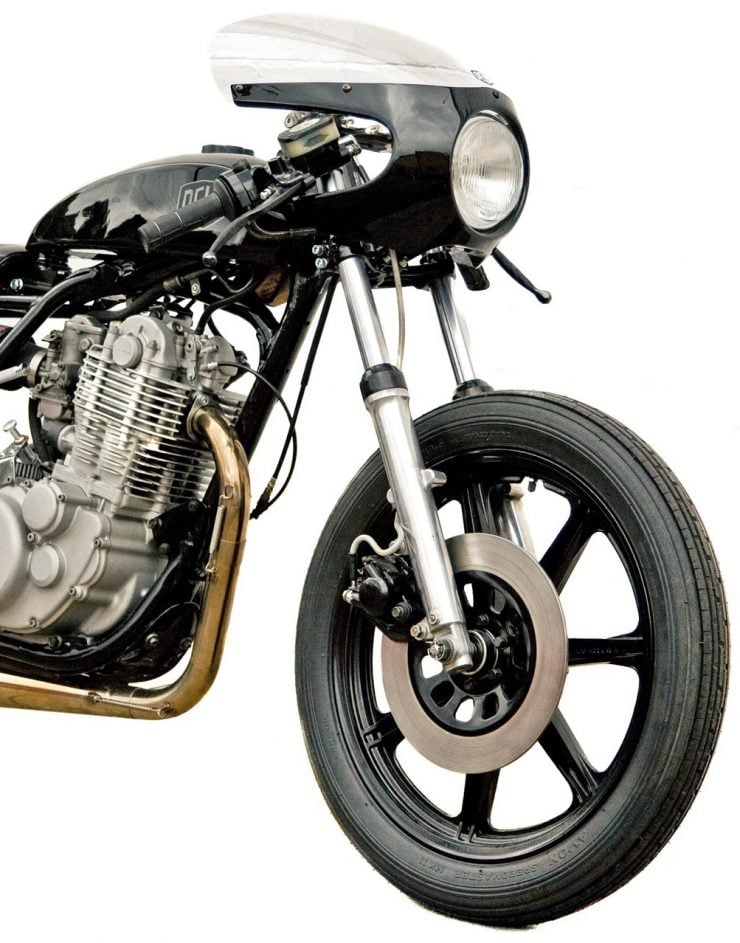 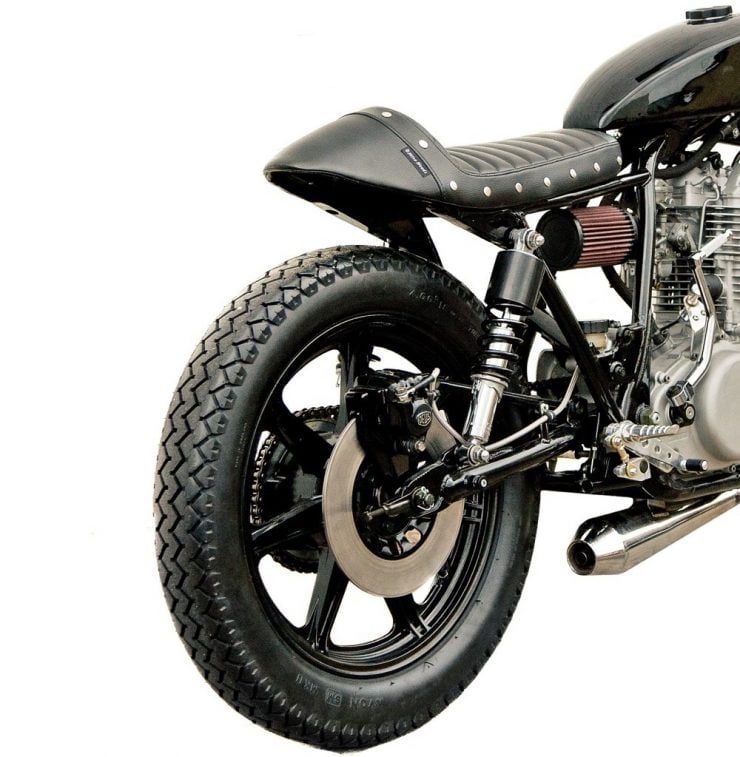 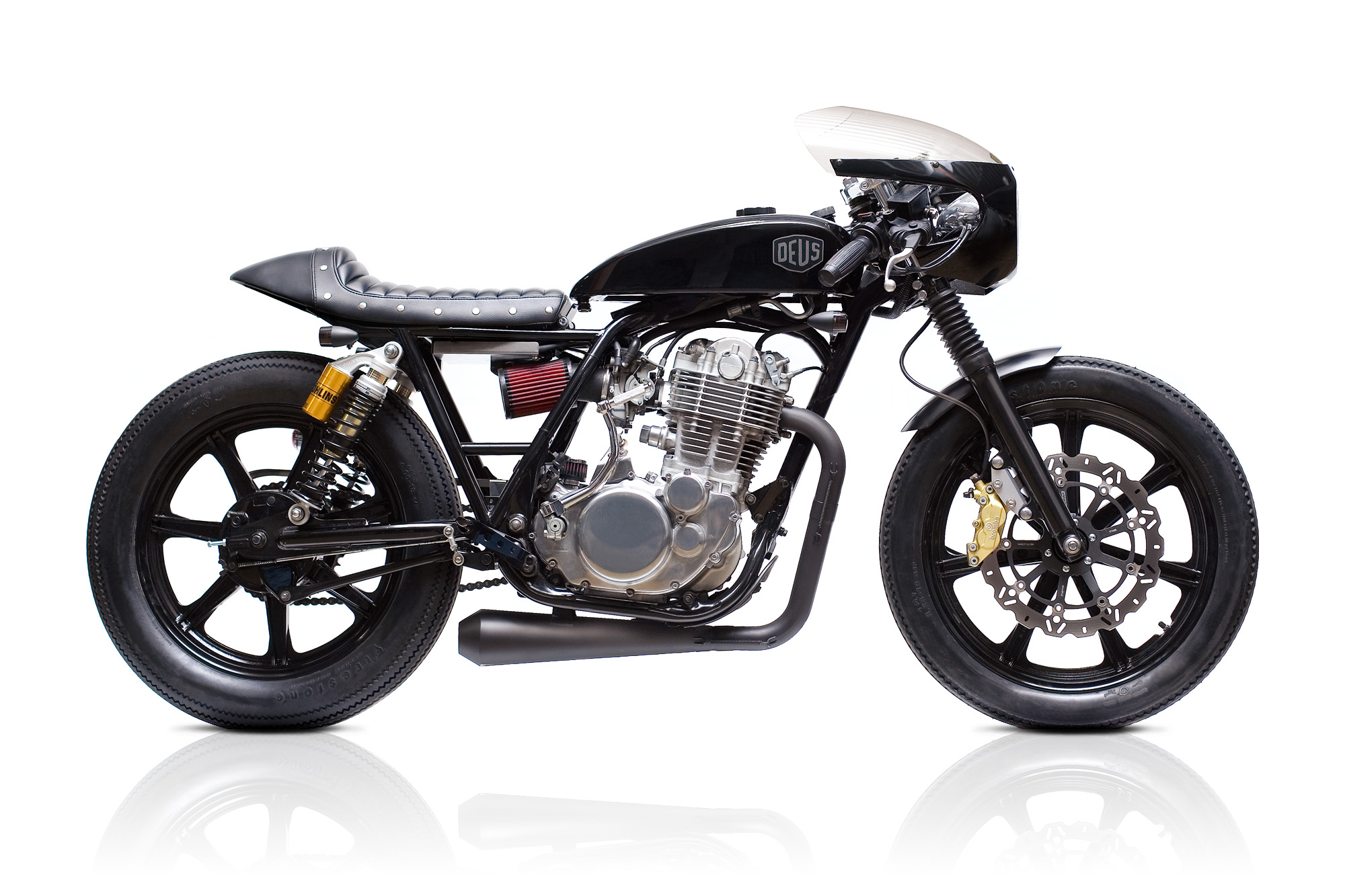