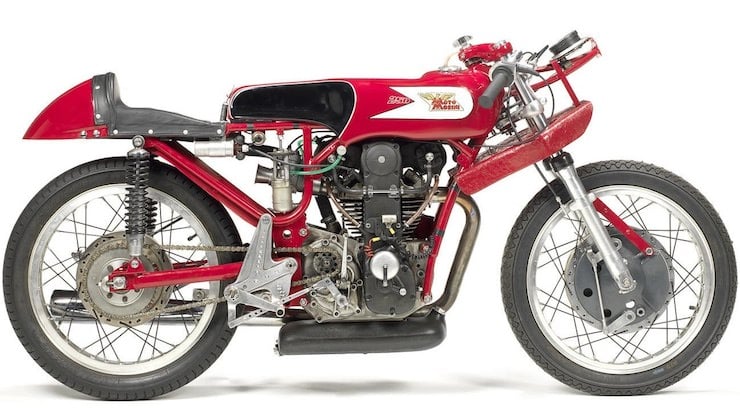 The Moto Morini Bialbero is a testament to the engineering prowess of Alfonso Morini, a man who stayed actively involved in the racing side of his company well into his 60s.

Alfonso saw a staggering amount of change over the course of his life, being born in 1898 he was raised in a world of horses that were rapidly being replaced by automobiles and motorcycles. He was a remarkably intelligent young man and had a strong affinity for motorcycles, this lead to him opening his own professional garage at the age of 16 where he could repair, modify and improve his customers motor-bicycles. 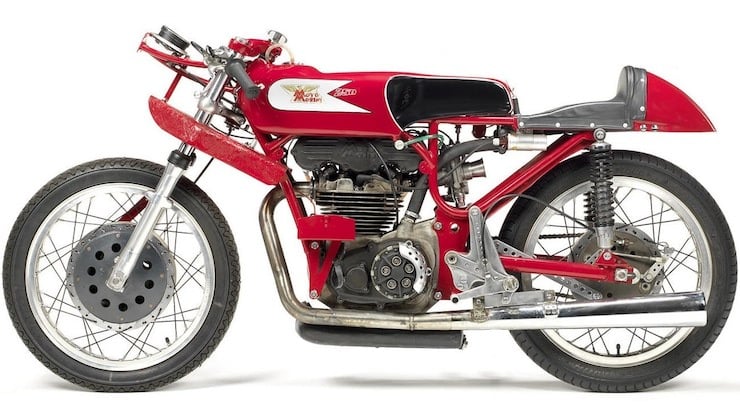 By 1925, Alfonso’s work had caught the eye of Mario Mazzetti and the two men formed a partnership. Alfonso would build and race motorcycles very successfully under the “MM” marque until 1937 when the two men parted ways and Moto Morini was born. The new Italian company would win a slew of Italian Championships and a list of international grand prix, they were known for producing complex, high-performance 125cc and 250cc engines that were as good or better than anything coming out of Britain or Japan.

The bike you see here was Moto Morini’s foray into the world of World Championship Grand Prix racing, they designed a double overhead-camshaft, 250cc single-cylinder engine and built an advanced racing motorcycle around it. The goal was to defeat the mighty Honda Factory Team and by the close of the 1963 season Morini and their factory rider, Tarquinio Provini would be only 2 points behind in second place. An astonishing achievement for a relatively small Italian company.

The bike you see here was a big part of that famous 1963 season, it’s in perfect working order and is almost entirely original save a few parts that didn’t stand the test of time. If you’d like to read more about it or maybe even add it to your personal collection, you can click here to visit Bonhams. 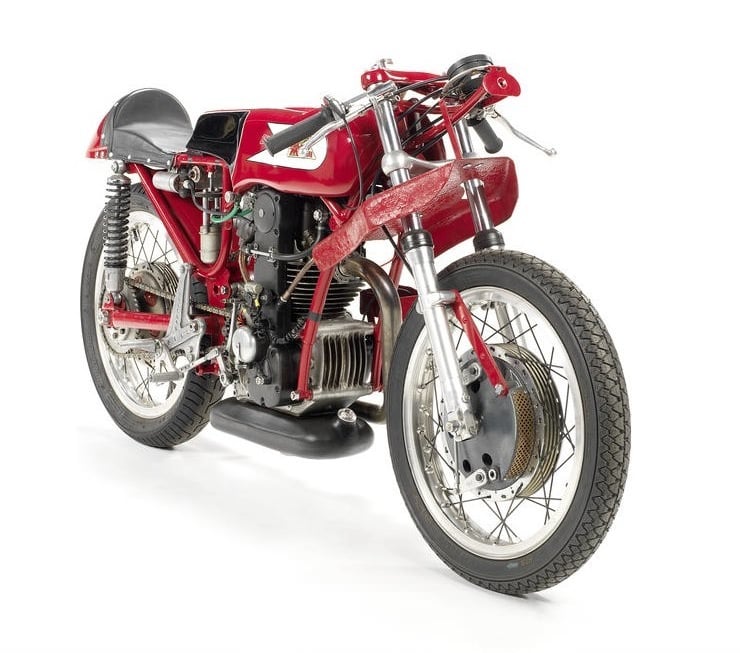 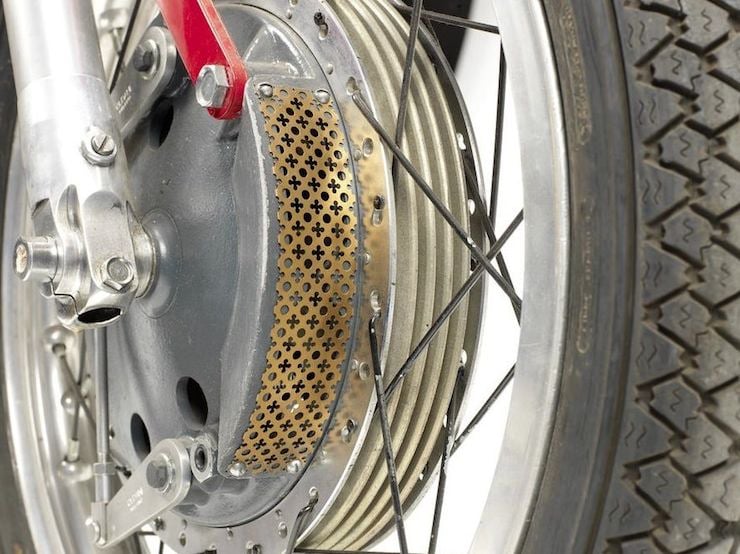 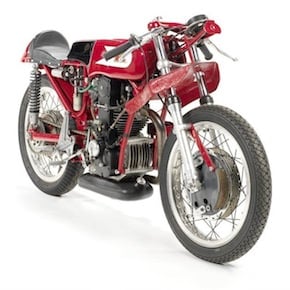