The stunningly beautiful Decoliner is a Blastolene special based on the chassis of a 1973 GMC Motorhome and a cab from a 1955 White COE, that entire body was hand-fabricated from aluminium by the talented team over at Blastolene Cars.

Perhaps the most appealing feature of the Decoliner is the fully functioning fly-bridge (picture below) which allows you to sit in comfort on the roof and drive the art deco motorhome whilst enjoying the California sunshine. From the outside it looks similar to an Airstream, although perhaps with a little bit of 1950s-spaceship thrown into the mix.

After pouring over images of the Decoliner for the past few hours I’ve decided that it’s just about the perfect American road trip vehicle, that rooftop flybridge is a work of art and the fact that there’s room up there for a captain and 5 passengers makes it that little bit cooler.

If you’d like to see some pictures of the Decoliner being built, click to visit Blastolene Cars here. 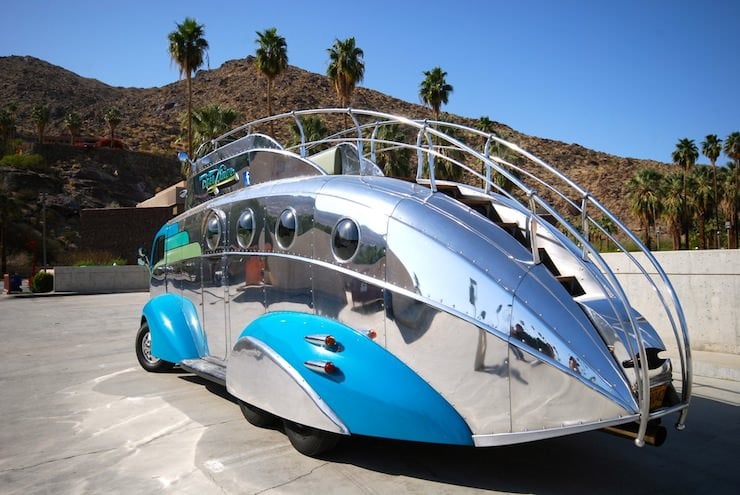 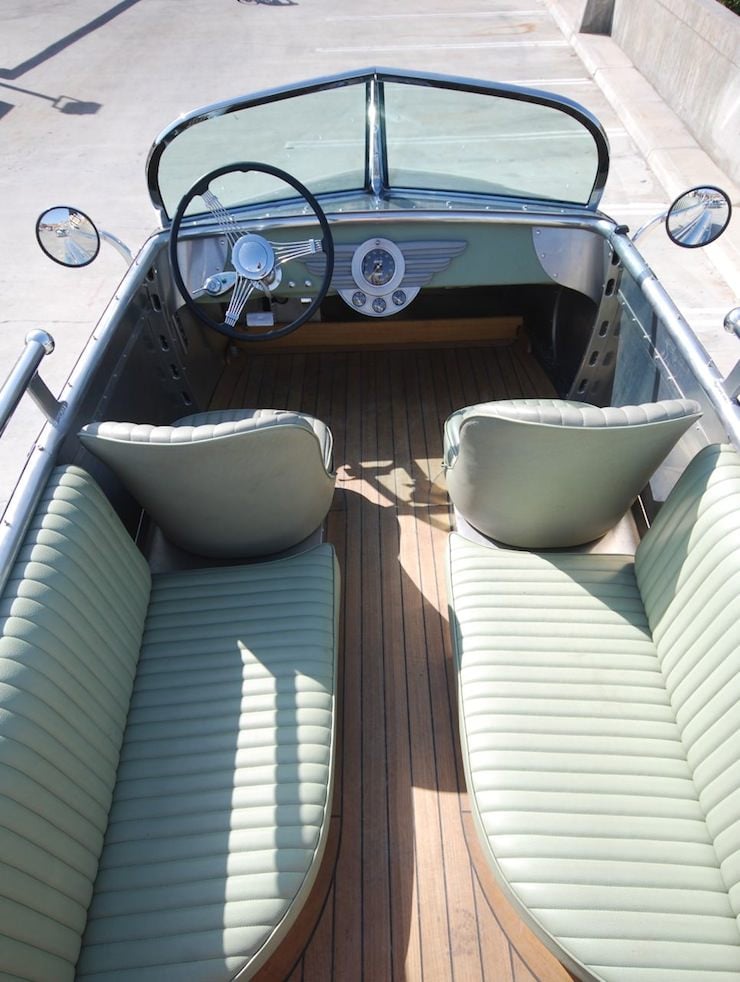 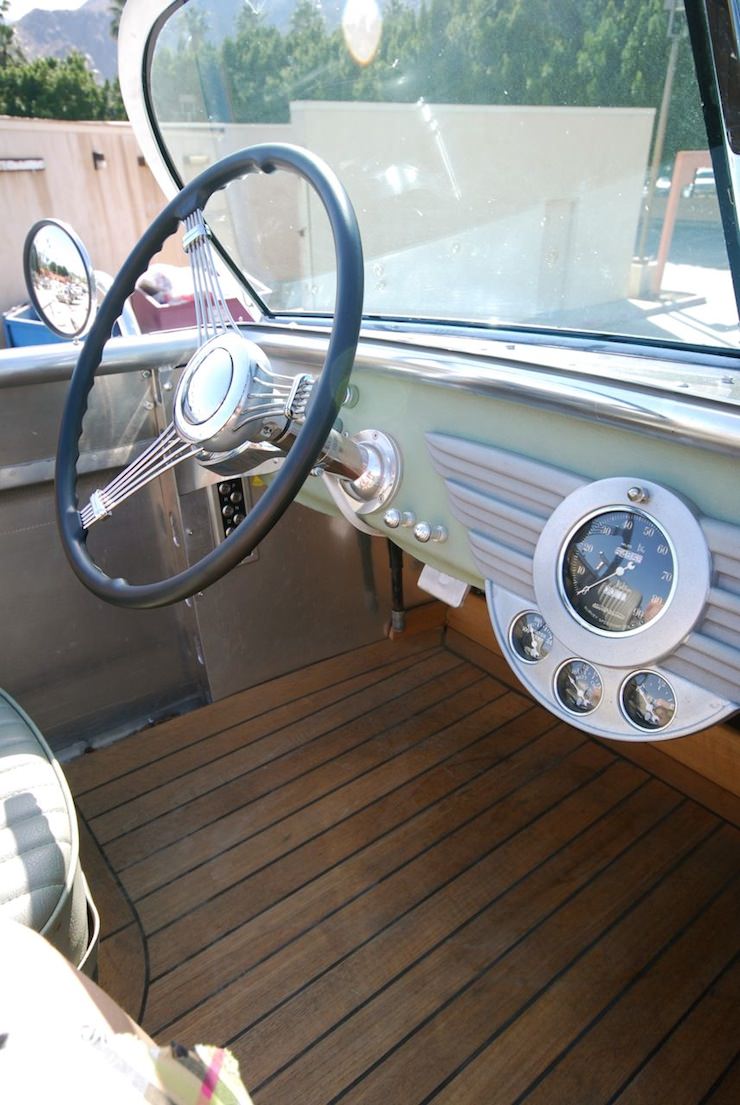 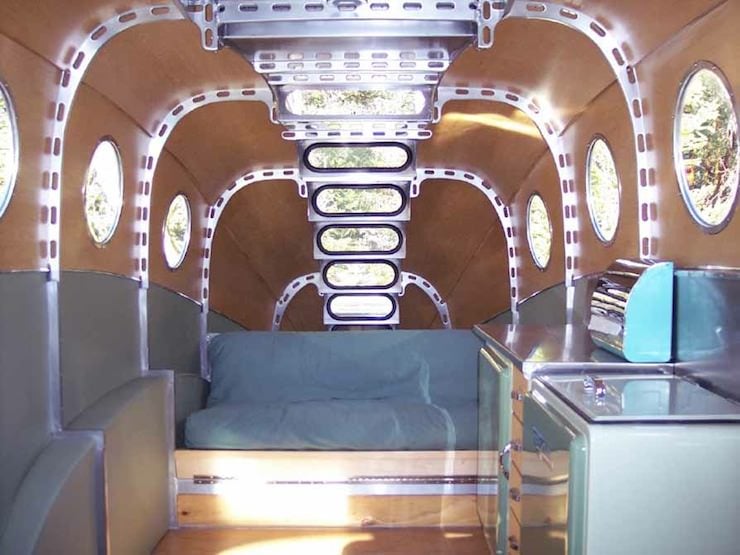 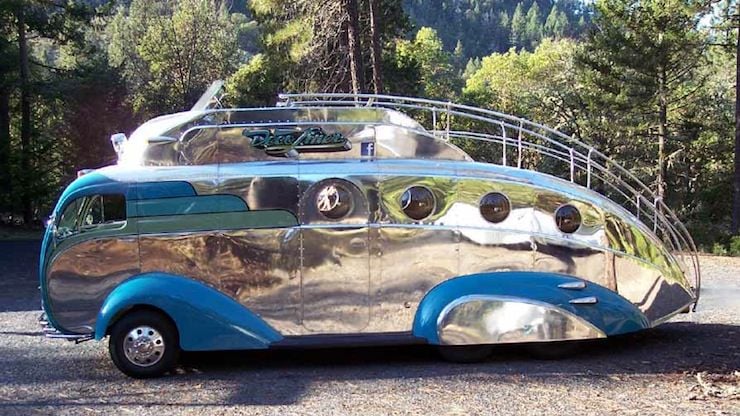 Via Silver Trailer and Blastolene