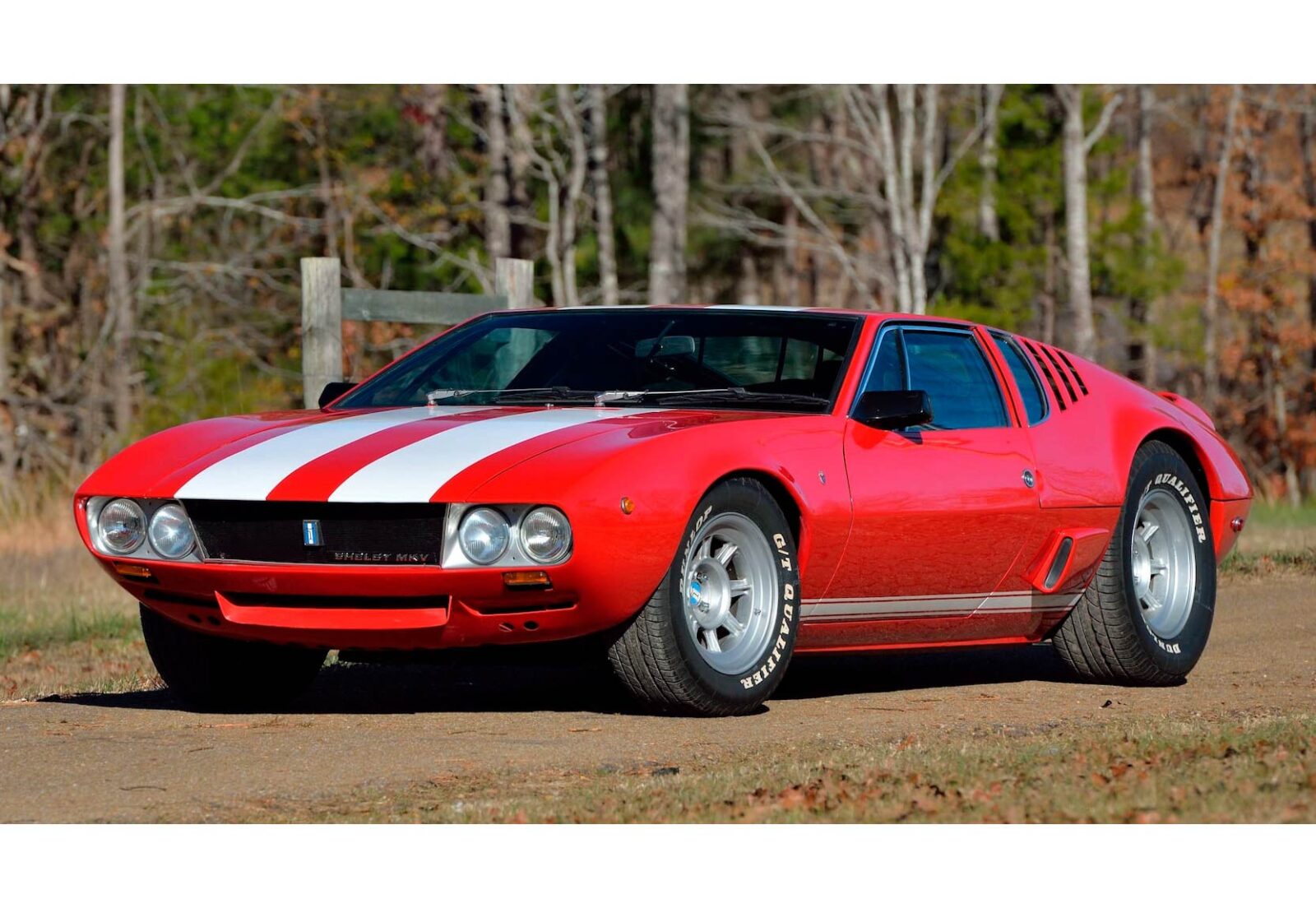 The De Tomaso Mangusta Shelby MkV prototype is a little known historical oddity, but it very nearly became the Ford-badged successor to the Ford GT40 that would have been sold in Ford dealers right across the country.

Alejandro De Tomaso and Carroll Shelby are said to have had two of the biggest personalities in the automotive world of the 1960s, so the fact that the men managed to work together on at least two occasions is somewhat remarkable.

Both De Tomaso and Shelby were former racing drivers turned automakers, and they both shared a similar philosophy – that of taking lightweight European cars with excellent handling and adding hefty American V8s.

The Birth Of The De Tomaso Mangusta

The two men first worked together on the failed P70 project, despite the project’s early demise it did result in two fully-functional prototypes that would form the underpinnings of the DeTomaso Mangusta – the similarly-styled De Tomaso Sport 5000 and De Tomaso P70. 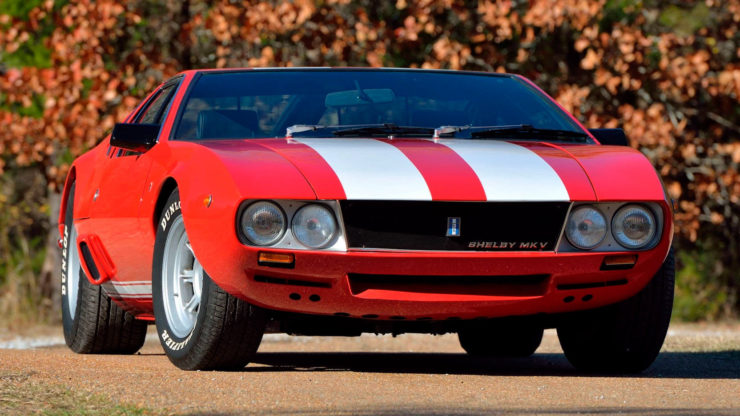 Above Image: The “Shelby MkV” badging on the grille and unusual paint scheme are indicators that this is no ordinary Mangusta.

After the failure of the joint project the two men went their separate ways, Shelby onto managing Ford’s GT40 Le Mans program and De Tomaso onto developing the car that would become the Mangusta. The original design of the Mangusta was penned by Giorgetto Giugiaro at Carrozzeria Ghia – it was intended for a new Iso Rivolta.

For reasons unknown Renzo Rivolta rejected the design, and Alejandro DeTomaso wasted no time at all sweeping in and buying it for his own use. He would name the car the “Mangusta”, the Italian word for “Mongoose” – the only animal that hunts, kills, and eats cobras. A clear dig at Carroll Shelby and his famous Shelby Cobras.

The Creation Of The Mangusta Shelby MkV Prototype

The Mangusta was unveiled at the Turin Motor Show in November 1966, shortly after an example was sent to the United States for evaluation by Ford, with Carroll Shelby playing a supporting role. The car was painted and badged with suitably Shelby-centric elements, it was named the Mark V as it was intended to be the follow-on to the famed Ford GT40 Mark IV.

Ford executives examined the car and ultimately decided not to proceed with the program, however they must have seen something they liked, as shortly thereafter they took a controlling interest in De Tomaso. Ford then paid for the development of the De Tomaso Pantera, a mid-engined supercar with a Ford V8, and sold it through select Ford dealers. 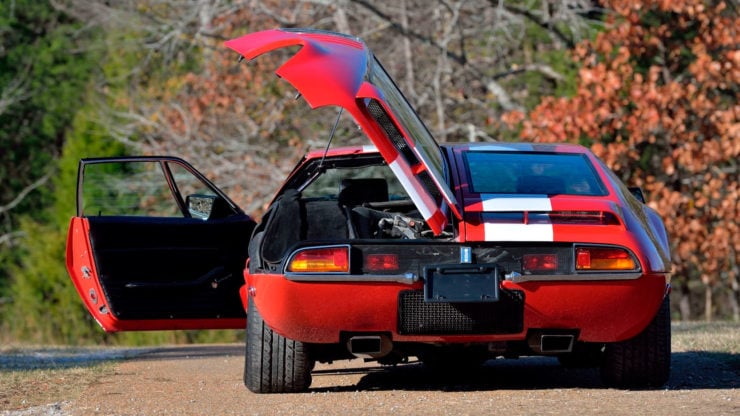 Above Image: The Mangusta has unusual engine bay lids that can both open fully to give excellent access.

It’s believed that just one De Tomaso Shelby MkV was ever built, the car you see here, and due to the surging interest in cars carrying either De Tomaso or Shelby badges this car that carries both is likely to prove popular when it rolls across the auction block.

The De Tomaso Mangusta was produced from 1967 to 1971 with 401 built. The car used a steel backbone chassis with a load-bearing, rear-mid mounted Ford V8. Front and rear suspension was independent, the car also used disc brakes on all four corners, rack and pinion steering, and power is sent to the rear wheels via a 5-speed ZF transaxle.

The interior of the car was described as cosy for people under 6 feet tall and a little tight for those over. It was a well equipped vehicle though with air conditioning and power windows, leather bucket seats, and ample instrumentation.

Above Image: The De Tomaso P70 steel backbone chassis, a modified version was used on the Mangusta.

Besides the stunning good looks of the Mangusta it was perhaps most famous for its rear gullwing engine bay doors that can both be opened to offer remarkably good engine access on both sides.

Dressed in red with white racing stripes and carrying Shelby Mk V bathing front and rear, this car is a unique piece of automotive history that many don’t know about.

Considering the sky-high prices of original Ford GT40s and Shelby Cobras it’ll be interesting to see what this one sells for when it crosses the auction block with Mecum in a few days time (at the time of writing). 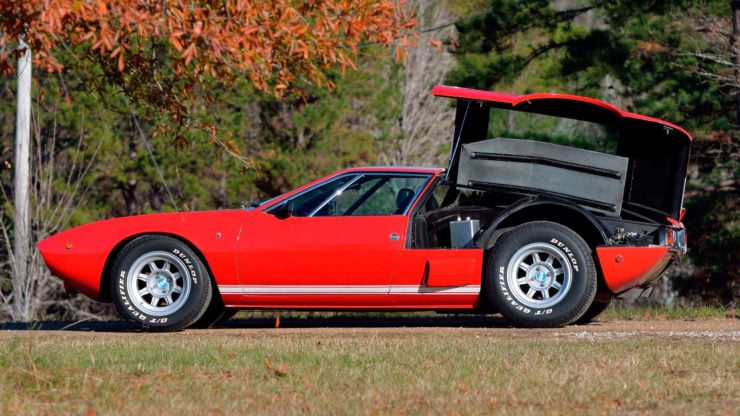 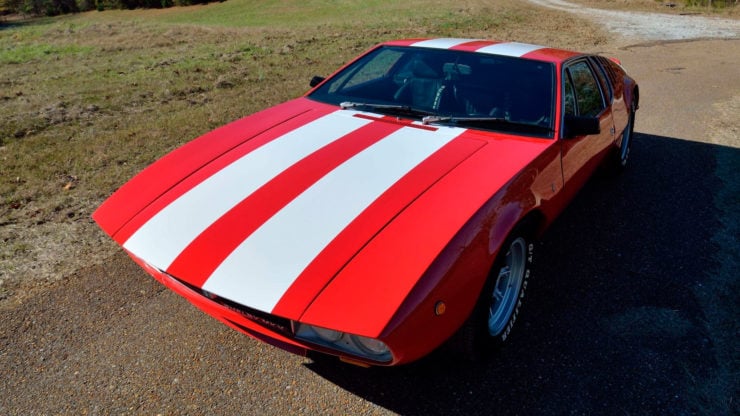 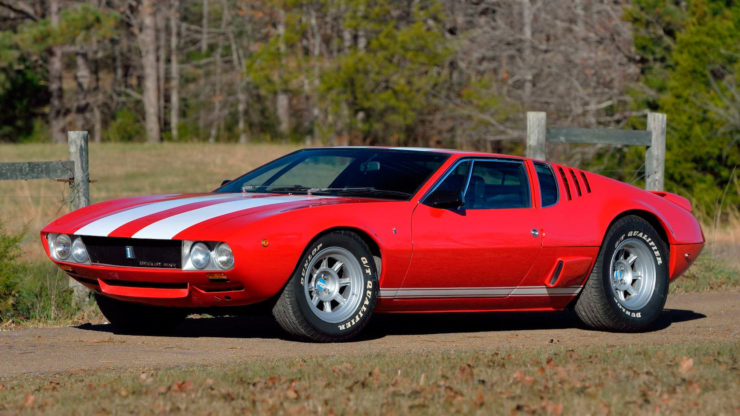 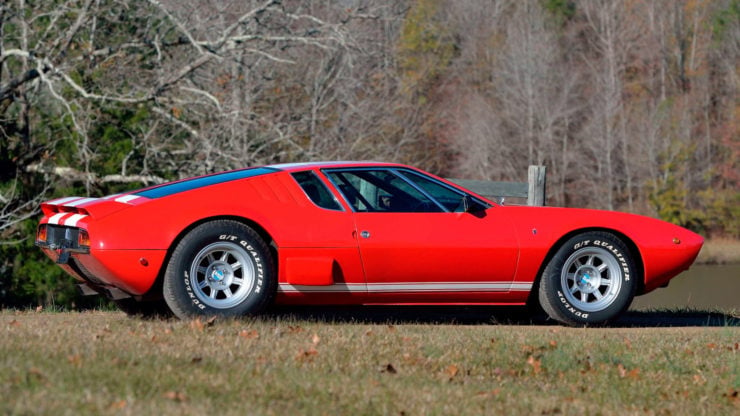 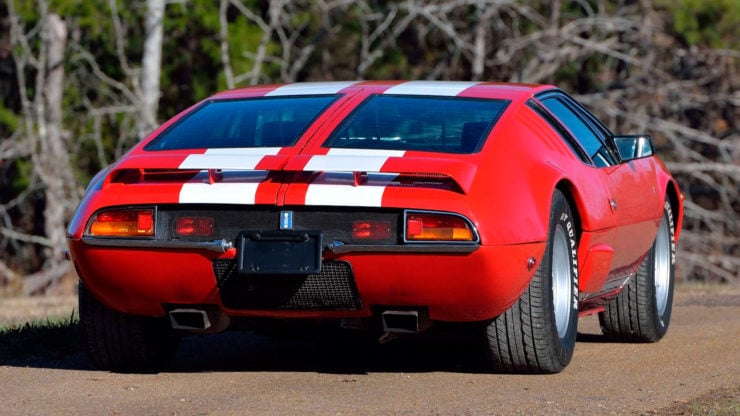 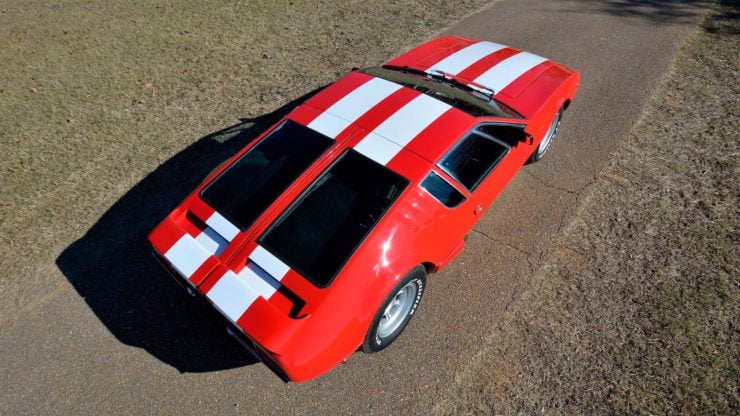 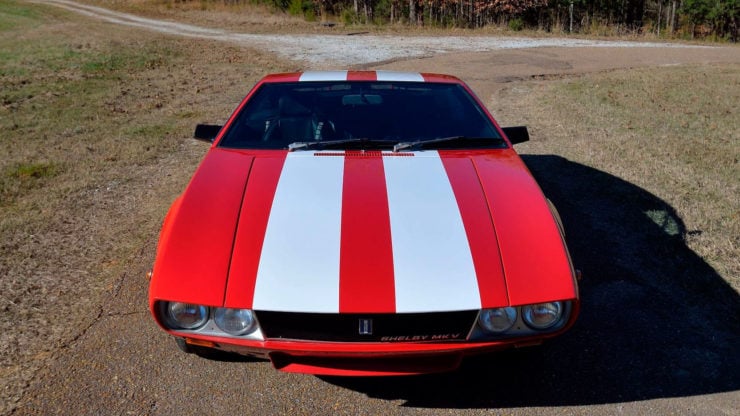 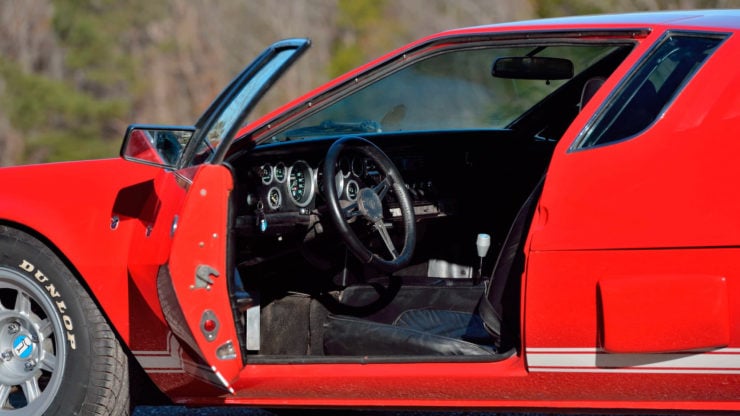 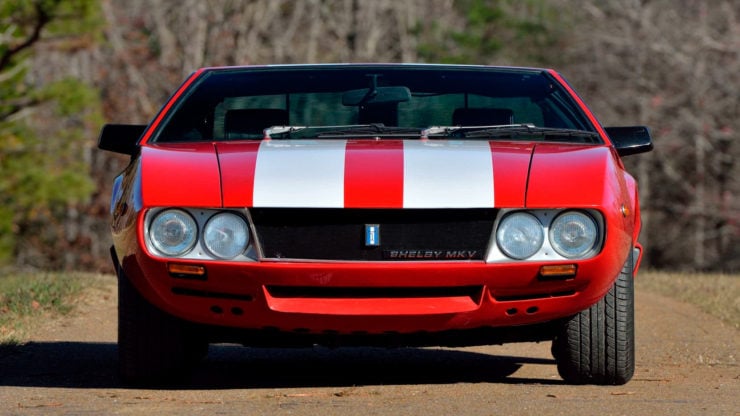 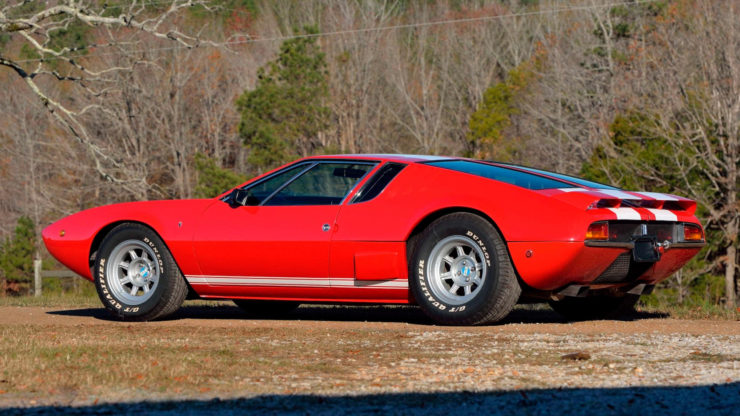 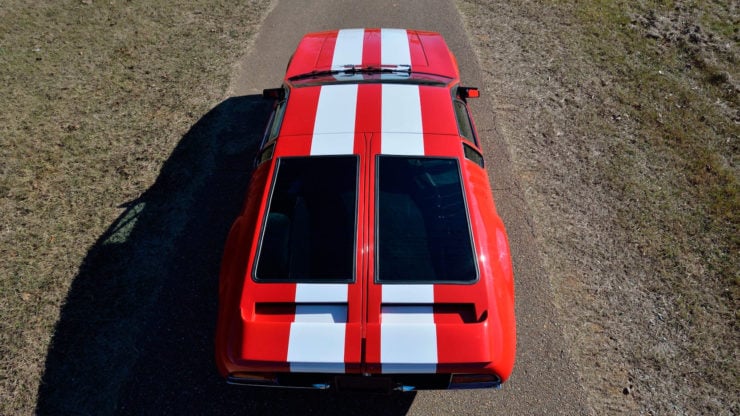 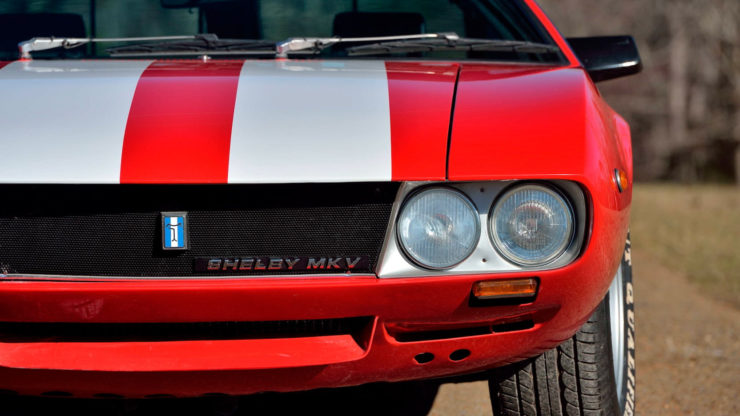 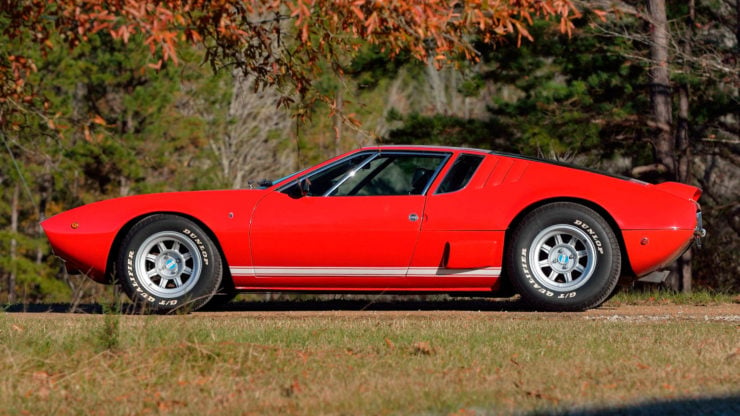 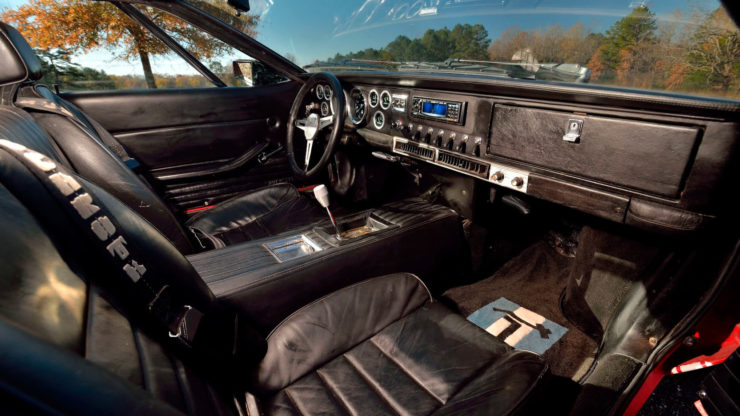 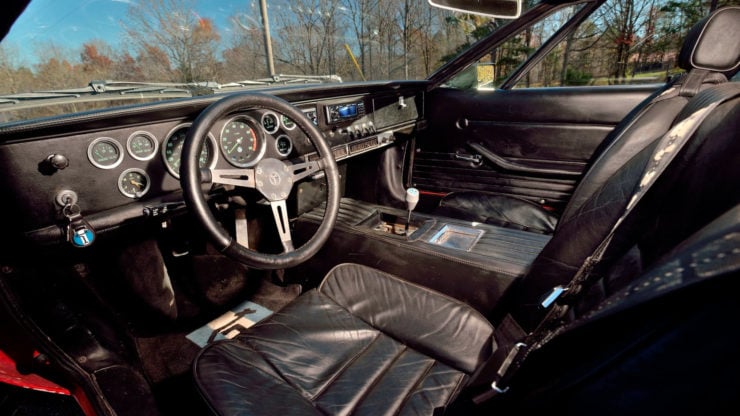 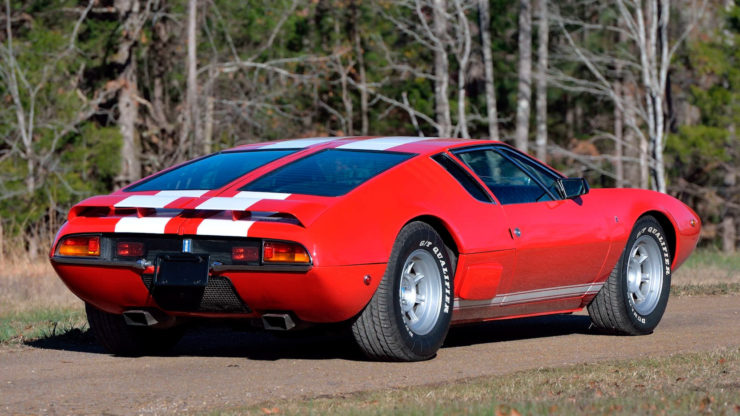 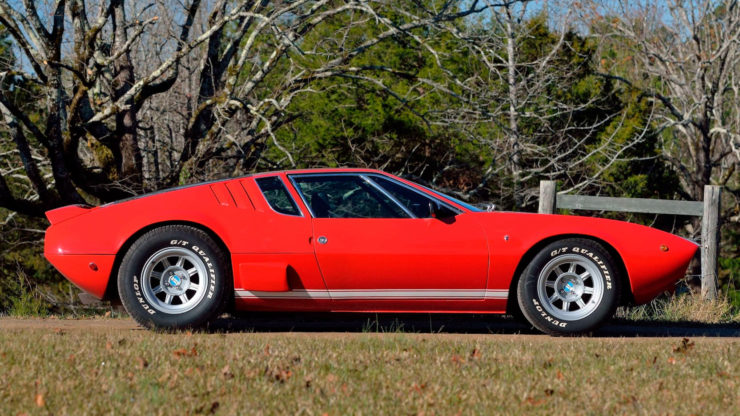 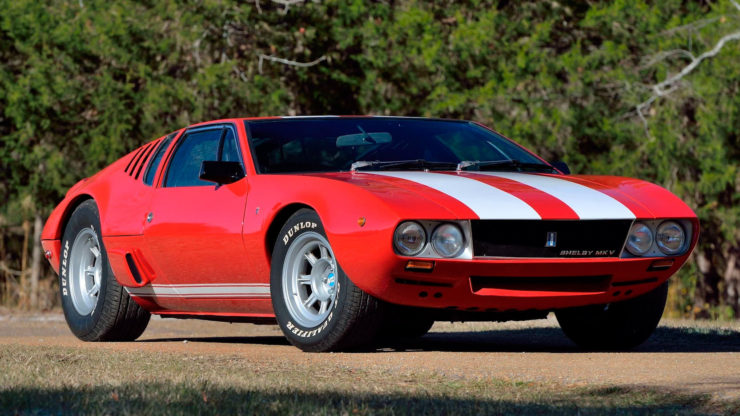 This is a full-sized clay Shelby Series 1 clay design model in 1:1 scale, it was created in the late 1990s as a precursor to the Shelby Series 1 production car which was arguably…