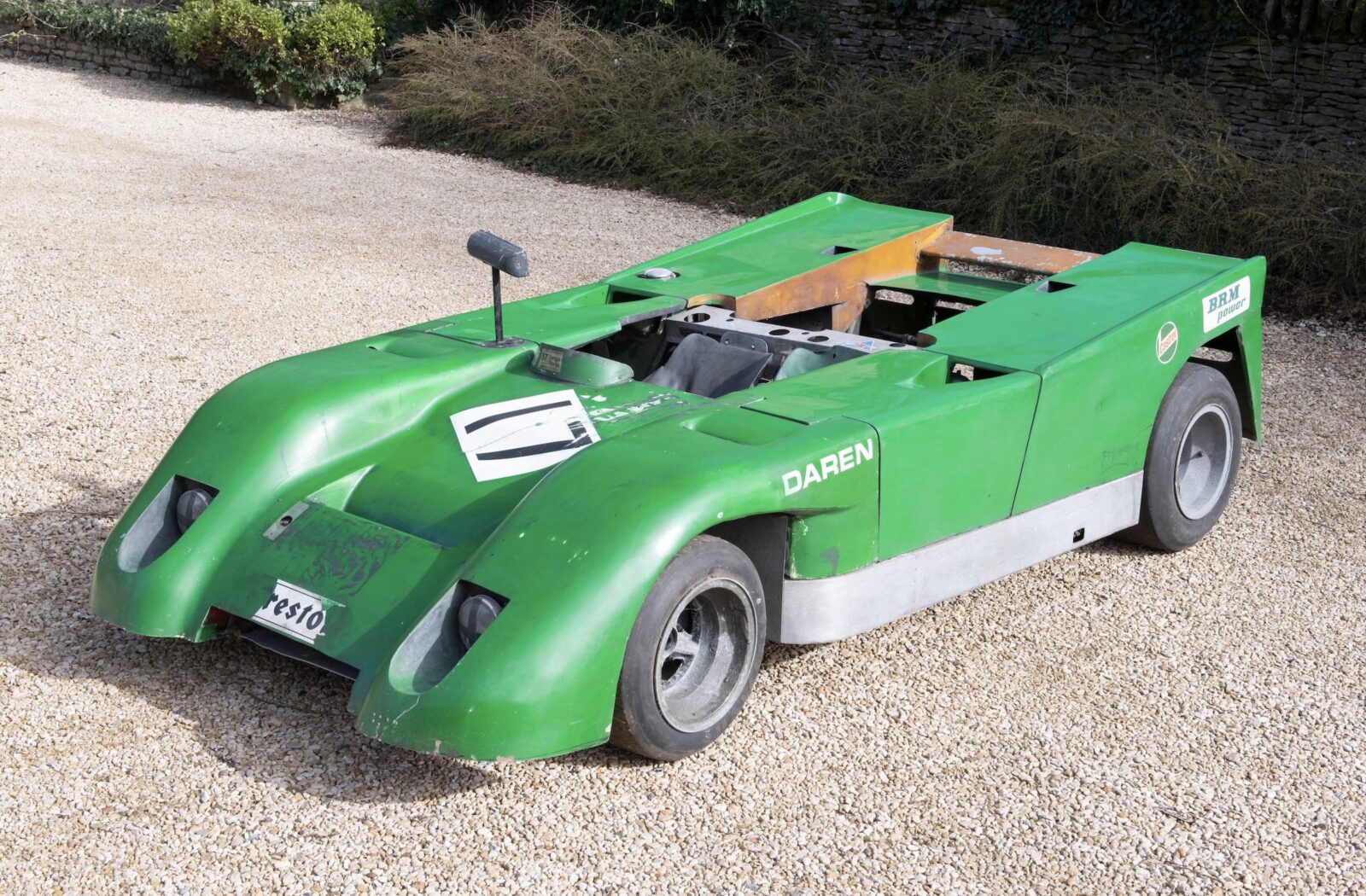 Every now and then a truly fascinating vintage race car we’ve never seen before is rolled out of a barn somewhere and placed up for auction – with all of its hard-earned patina still in place.

The car you see here is one such discovery, it’s a rare Daren-BRM Mark III that was raced in the early 1970s with a mid-mounted BRM P56 four-cam V8 engine – an engine that had won both the Formula 1 World Championship and Tasman Championship in the 1960s. 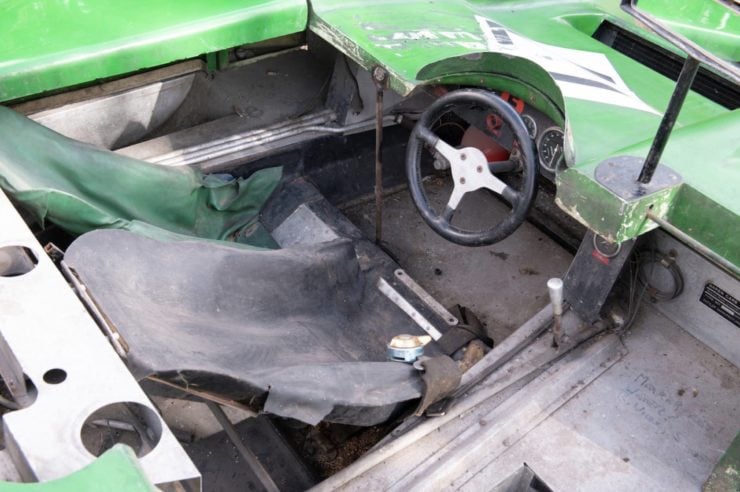 When this engine was fitted to the back of the BRM P578 Formula 1 car in 1962 Graham Hill drove it to a World Championship win with BRM taking the Constructors’ Championship. The car remained competitive, landing second in the Constructors’ Championship standings in 1964 and 1965. For the 1966 Tasman Series a modified version of the V8 was produced with an increased capacity of 1916cc (117 cu. in.) initially, further expanded to 2136cc (130 cu. in.) in the final version.

Original BRM P56 V8s now sell for staggering sums, prices for a professionally rebuilt example can surpass £125,000. They were considerably more affordable back in the early 1970s of course, Formula 1 had moved to 3 litre engines by this time and the 2 litre version of the P56 was an ideal power unit for the 2 litre class in the FIA’s Group 6 series.

One of the cars that had a BRM V8 bolted in was the Daren Mark III, a sports racing prototype car designed by John Green. Green had previously designed the successful Daren GT which had won its first three races (with Green himself at the helm) and remained successful throughout its competitive life. Once a new design was called for Green designed the Daren Mark II, an advanced design with a composite steel and aluminium monocoque centre section, a mid-mounted engine, and aerodynamic bodywork. 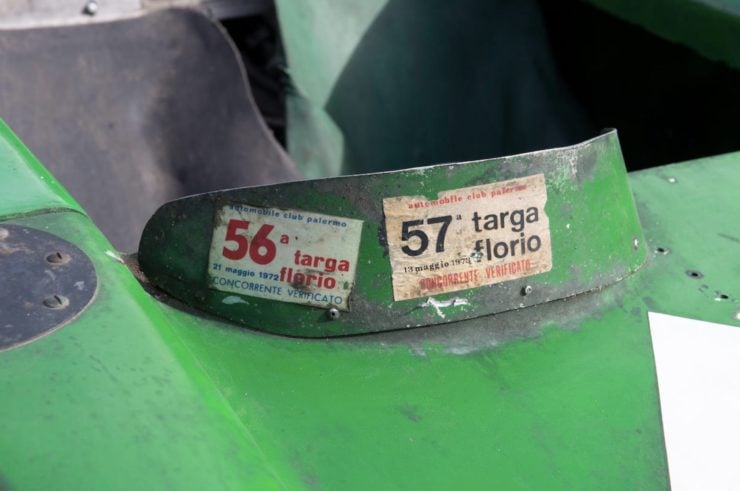 The Daren Mark II proved even more successful than its predecessor, one example that belonged to owner-driver Martin Raymond won no fewer than 21 victories from 25 race starts in British club racing.

The further evolved Daren Mark III then first appeared in 1971, built at Hugh Dibley’s Palliser works in Clapham, South London. The Daren Mark III you see here was equipped from new with the BRM V8, it was owned and driven by Jack Wheeler and frequent co-pilot Martin Davidson. The two men raced the rcar in some of the most significant competitions of the era, including the 1971 Nürburgring 500 kms, the 1972 Targa Florio, the ADAC Nürburgring 1,000 kms, the Barcelona 1,000 kms, and a number of other events.

After a mechanical failure in 1973 the car went into storage, where it remained for decades before re-emerging back into the sunlight recently. The original engine is part way through a rebuild and the Hewland FG400 transmission is available also, both are being offered separately but if you’d like to keep the lot together you can click here to visit the engine listing and here to visit the transmission listing.

If you’d like to read more about this car’s unusual history and register to bid you can click here to visit the listing on Bonhams, it’s due to roll across the auction block on the 29th of March at the Goodwood Members’ Meeting Sale. 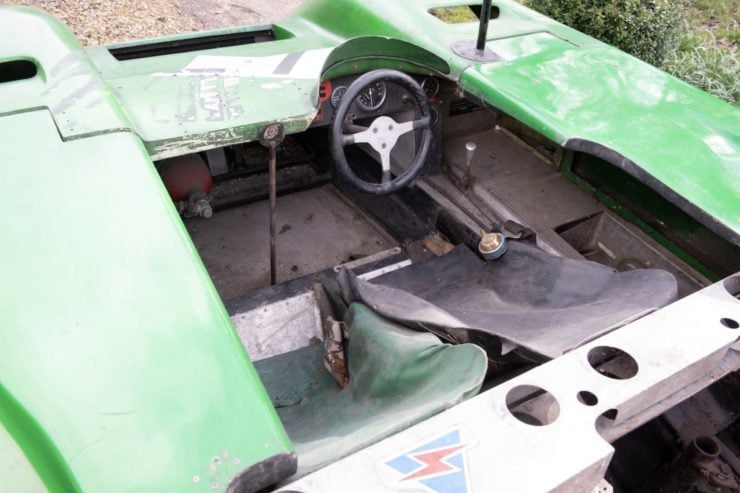 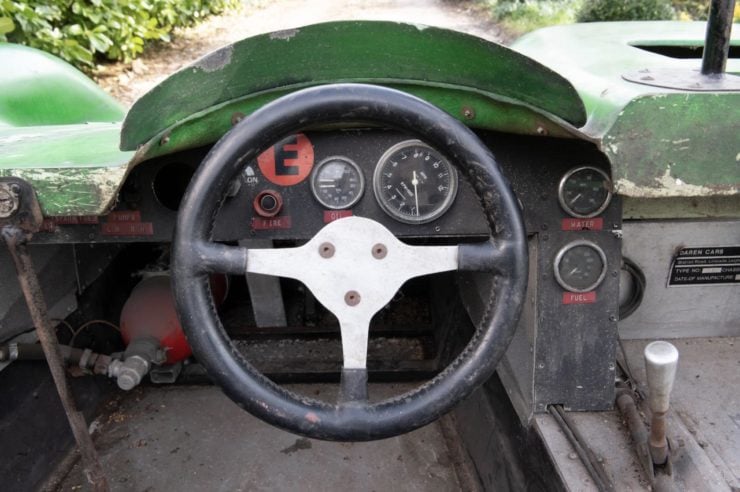 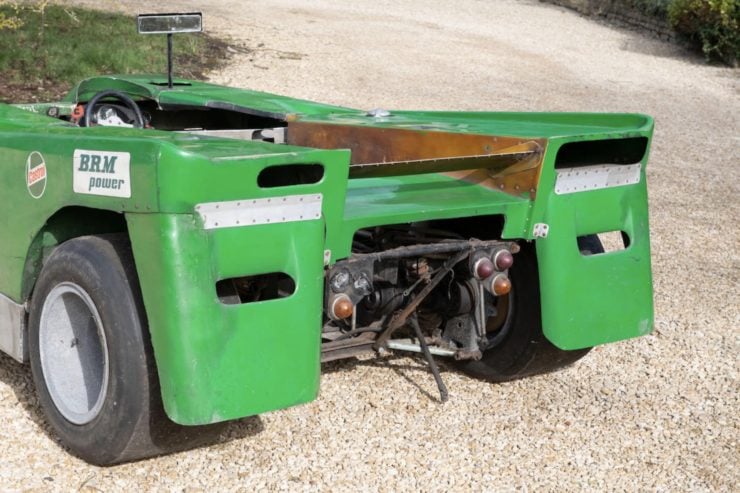 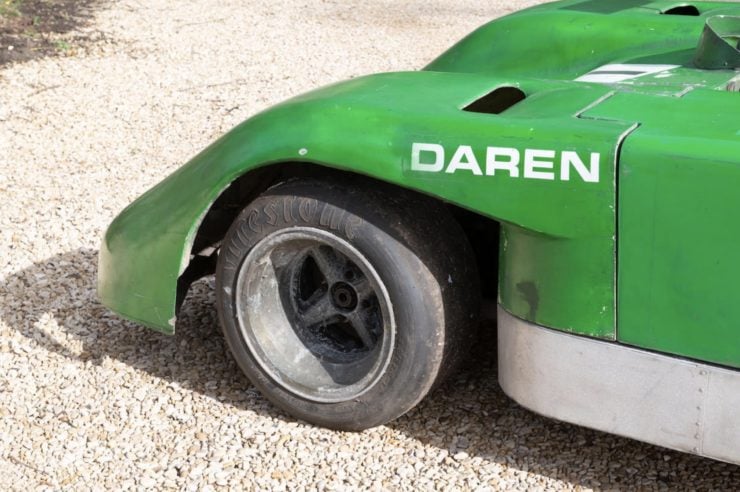 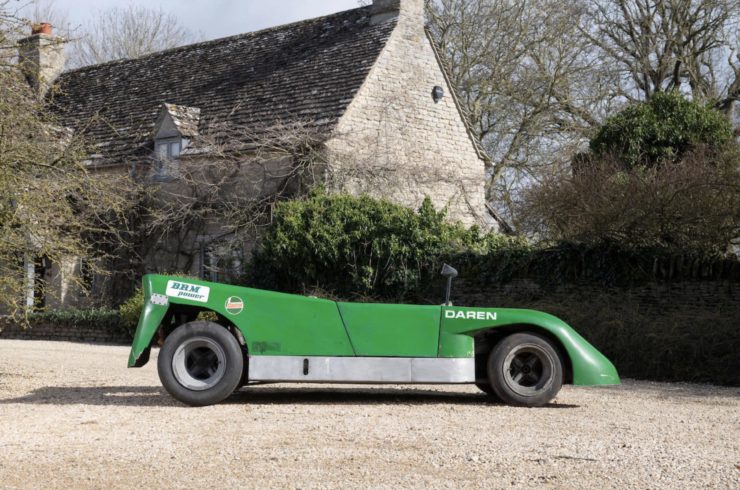 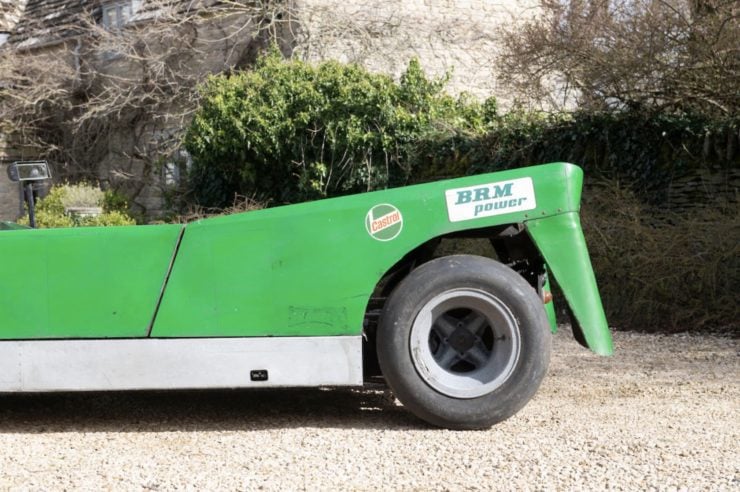 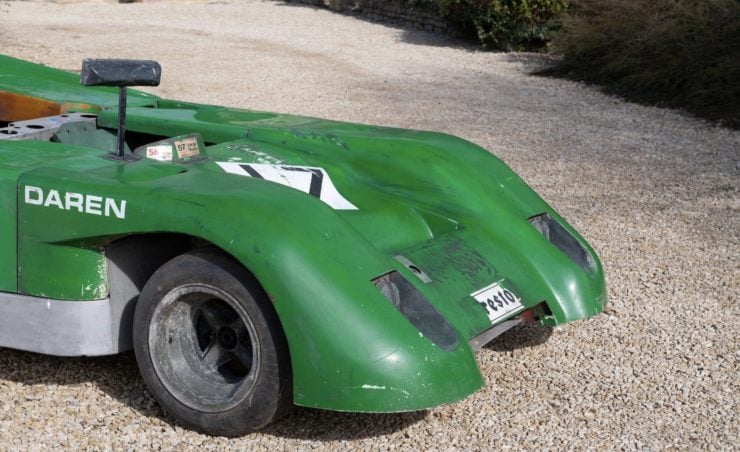 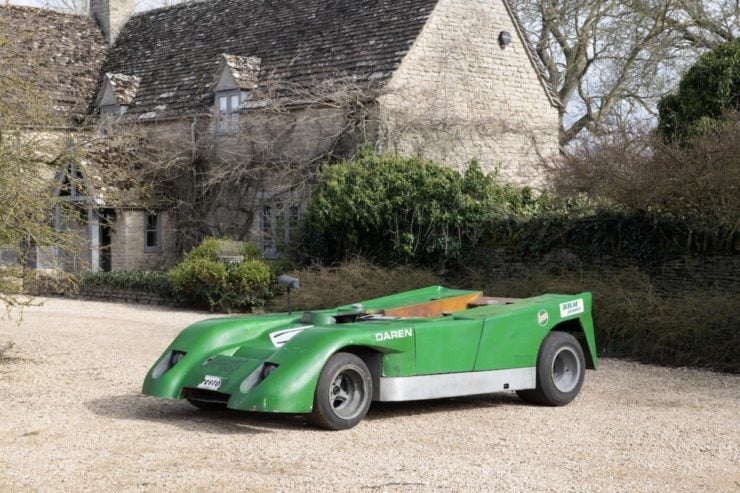 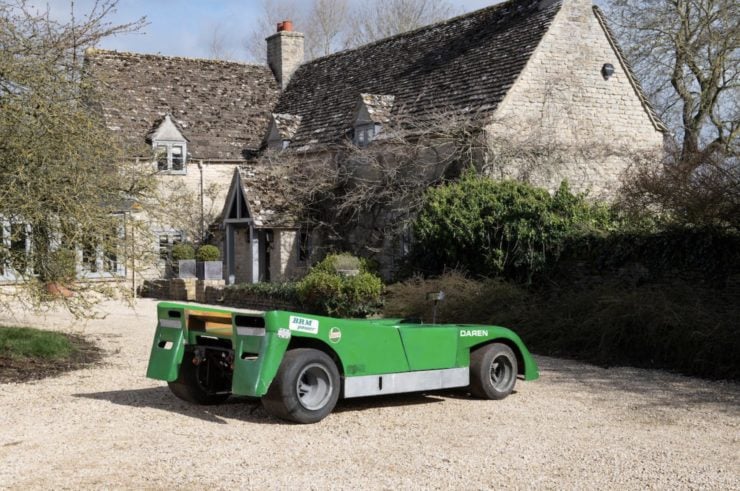 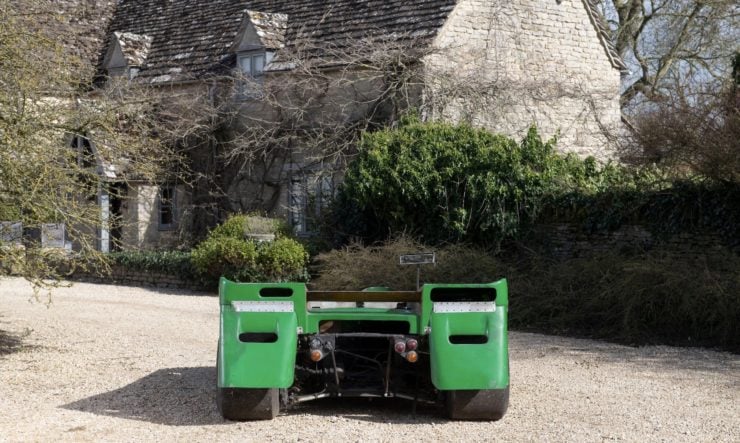 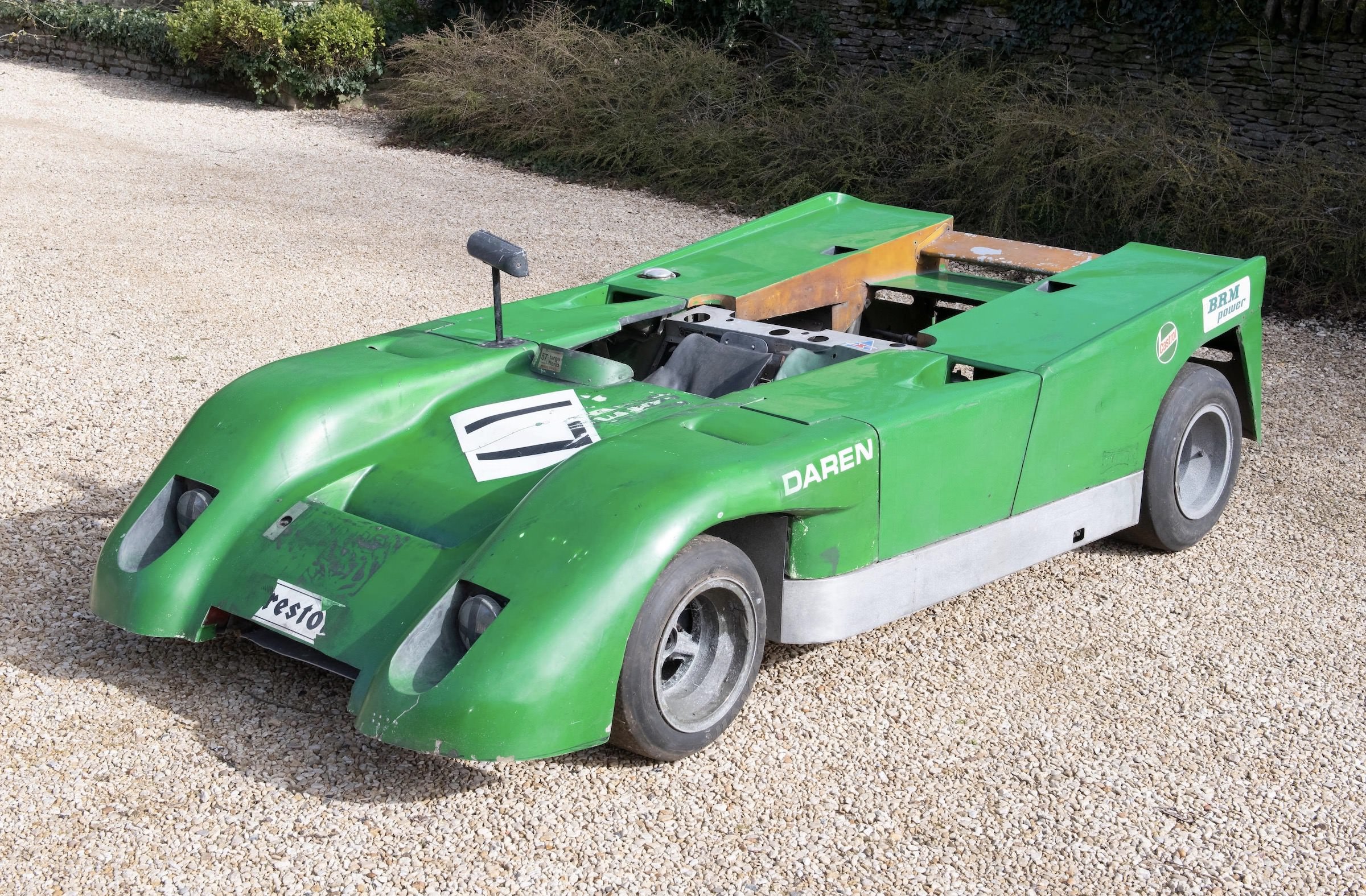